Chapter 33: Humphrey's Party (It's a short one)
posted by UriahA
Cando and Scar have been married for a while now and they still haven’t gone on a honeymoon. They planned out theirs. Cando had to get leave from work to go on this trip. They were leaving that night. They چرا لیا, چوری کی and figured out so much technology from humans that howling wasn’t necessary. Instead they called.
“Yo, Winston. I need leave. Scar and I are going on a honeymoon.”
“Sure, Cando. We don’t have much going on anyway.”
“Thanks Winston,” Cando hung up, “He کہا yes. Where should we go?”
“Anywhere. We could just take a road trip.”
“True. Yeah, the truck gets great mileage! 9 whole miles per gallon!”
“Quit Joshing.”
“Sorry! I’m sorry It’s just funny.”
“It holds 35 gallons. That’s still 305 miles with out fuel.”
“I still love that thing.”
“You love a truck مزید than me?”
Cando jumped onto Scar, “I don’t love anything مزید than I love you!”
Scar rolled onto her back and let Cando crawl on her and mount her. They’ve done this technique every time they mated. Cando remembered something.
“Crap! I forgot about Humphrey’s surprise party!”
“He has a surprise party?”
“Yes. It starts in 3 minutes.”
“We better hurry!”
Humphrey was supposed to be back about 5:00. Cando and Scar were fashionably late at 4:59. They came through the door.
“Surprise!” Everyone yelled.
“Woah it’s just Scar and I! Oh here he comes! Back to your positions!”
Cando and Scar jumped into their positions. Humphrey soon came into the door.
“Surprise!” Everyone yelled.
“Oh guys آپ didn’t have to do this!”
Kate approached Humphrey and hugged him, “We wanted to! سے طرف کی the way, آپ get a special surprise tonight.”
All the wolves came to an uproar.
“Happy birthday!”
“Johnny, I have something to give to you.”
“Really?”
“Yeah, follow me.”
They came up to a tundra کی, شمالی Super Duty, double cab with a diesel engine.
“Oh my God! No way!”
Johnny looked at this black, massive beauty.
“Thanks so much dad! Now I can go to the drive through and order what ever I want and take forever!”
Humphrey was embarrassed but he laughed. Mooch came and tackled him out of nowhere.
“Happy birthday buddy!”
“Thanks Mooch!”
Shakey jumped in between Humphrey and Mooch.
“I wish آپ a happier birthday!”
Salty slid in, “I wish آپ the happiest birthday.”
“Man, I miss my Omega days!”
Humphrey heard the strum of a guitar. He looked to wear he detected the noise.
“No way! It’s Metallica! Holy Crap! This is the best birthday ever!”
“I knew you’d like it.”
“All I want to say is happy fricken birthday Humphrey!” James, the singer said, “I know آپ like the song And Justice for All, so we’re going to play it.”
“Thanks so much guys!”
“Anything for a fan.”
They played And Justice for All for Humphrey. It was Humphrey’s پسندیدہ song ever. The song ended probably 10 منٹ later.
“Thanks guys! I love آپ all!”
“No problem Humphrey.”
“I’m officially a true fan!”
The party ended and everyone left.
katealphawolf Nice!
Humphrey's Depression: Part6 prt 2 Remembering Garth
posted by xscash23
Humphrey Got to the pub and he was ready for anything he want to دکھائیں his gradtitude to Garth he got up on Stage and کہا 'Alright Alright i have a song to rap in remembrance of Garth Brooks He was shot and killed in a drive سے طرف کی probaly done سے طرف کی Wolfiey And his gang' 'So Here We go' :

Look, if آپ had one shot, یا one opportunity
To seize everything آپ ever wanted-One moment
Would آپ capture it یا just let it slip?

His palms are sweaty, knees weak, arms are heavy
There's vomit on his sweater already, mom's spaghetti
He's nervous, but on the surface he looks calm and ready to drop bombs,
but he keeps...
continue reading...
2
Chapter 27: Preparation to take over
posted by UriahA
Winston got up early in the morning to leave. Eve and Humphrey cuddling was so sweet, so he didn’t wake them up tell them he was leaving. 31 hours 56 منٹ until Garn’s deadline. A few hours later, Eve woke and was feeling it. She forgot she was sleeping with Humphrey and not Winston, so she climbed on سب, سب سے اوپر of him, and started mounting him.
She was only half awake, and Humphrey looked like Winston to him. Humphrey woke to this and freaked out.
“Eve, what are آپ doing?”
“Oh Winston! Give me something!”
“I’m Humphrey! Get off me quick!”
Unfortunately, Eve didn’t get off...
continue reading...
2
Chapter 20: Humphrey and Cando are alive!
posted by UriahA
The funeral for Cando and Humphrey was tragic.
“We lost two good men in three days. The worst in pack history.”
Everyone, and literally everyone was crying. Everyone loved Humphrey who was a sweet and funny guy of the pack. Cando was a fierce, protective soldier to the combined packs.
Meanwhile, Humphrey crawled from the wreckage of the truck. There was no way he could’ve survived that. Then he started think about how that was where they lived. It’s a good thing Salty still had Johnny.
“Ahh, crap!”
Humphrey saw the huge wreckage, “Holy crap, how did I survive?”
He coughed up...
continue reading...
2
I AM بھیڑیا part 1
posted by kates-mate101
I am بھیڑیا pt 1

I remember… My life, as a بھیڑیا and human… Since birth, well I can’t remember much… My name is Seth. I remember clearly when I met the girl of my dreams. Kate. Her golden fur… Her brown eyes… and… aw, I won’t get into details…I’ll just start from the beginning from when I met her…

Kate sat on the edge of a clearing. The گھاس tickled her stomach and her pads. It was mid summer. It was dawn. Kate always headed out there. The lake sat right In front. As the dew sparkled , someone walked up to the lake. That’s where I came in. I took one hadn and ruffled my...
continue reading...
1
Chapter 4: Working on the Invention
posted by UriahA
Humphrey yawned as he awoke slightly. He turned and got into a cuddle position with Kate. He opened his eyes and licked Kate. He heard a knock on the main entranced rock. He went down and opened the entrance.
“Hey Humphrey,” Shakey greeted, “Wanna start on the invention?”
Humphrey looked at the log, “Sure, we gotta go out and look for supplies.”
“I’m hungry,” Mooch کہا out of nowhere.
“Why didn’t آپ eat before آپ left your den?” Salty asked.
“I don’t know, I just wasn’t feeling hungry.”
They set out again Humphrey found a large chunk of wood. That’s what...
continue reading...
My A&O sequel idea: Chapter 5 - How not to play chess
posted by Chrisbot6
Tony was sitting watching Winston and Eve playing golf with Paddy. Marcel sat beside him, keeping score on a nearby درخت trunk. He felt tired, as always. He also felt hungry. It didn't help that he was sitting اگلے to one of the only forbidden birds in the park. "Hey, Marcel."
"Hmm?"
"Mind if I go get somthing to eat? I'm starving."
"If آپ are not in the game, آپ may do as آپ wish." A ball sailed over his head. "Paddy, the hole is over there."
"Whoops." Paddy کہا "Silly me."
Tony smiled and began his descent. Retirement was great. He got to sit in hot springs to relax, while his son did all...
continue reading...
6
Part 11: Kate's abduction
posted by katealphawolf
Kate left early the اگلے morning. She bid Humphrey and CJ goodbye. Her body pained in hunger, she was weak and didn't know how far she could go. She walked for hours and didn't see anything. Kate moved toward the high mountains where she knew that the caribou would be hiding at. When she got there she found nothing. For days she searched and finally could not go any further.

Kate lay down, the pads on her feet were cut up and bleeding. Her body was exhausted and in a lot of pain from constant travel. After laying around for a few hours she got up and continued on her way. It was a beautiful...
continue reading...
2
WolfQuest: Part 2
posted by kates-mate101
Chapter 2
“Right this way!” Sam کہا as he flew overhead. The wind buffeted Kate’s head and her فر, سمور ruffled and felt like it was going to fly off, but as an Alpha, she couldn’t let small things like that bug her. Rain pelted her and it felt like she was being hit with stones. “Where are we heading?” demanded Seth. There are mountains ahead! If we can pass them, we can reach the rock flow below! That will take آپ directly towards the pack’s territory!” “But won’t the rain make the rockslide a mudslide? A mudslide could kill us!” “I know! But if we hurry, we can get to...
continue reading...
2
The wolves play in the NFL
posted by UriahA
Well, the main men characters of the pack شامل میں the NFL.

Here is the new Chapter of Alpha and Omega 2, we learn the truth of why Humphery left and now, hates Kate with all of his heart.

Humphery was looking at Garth's blown eyes, "You want know why" he was replied queitly and softly. Lily and Kate catch up to Garth and Humphery.

"Yes Humphery" Kate asked him to see why.

Garth, Lily and Kate were about be suprised in there lives سے طرف کی Humphery's answer: "It's because of you" pointing at Kate with right paw and Humphery was not looking at her. 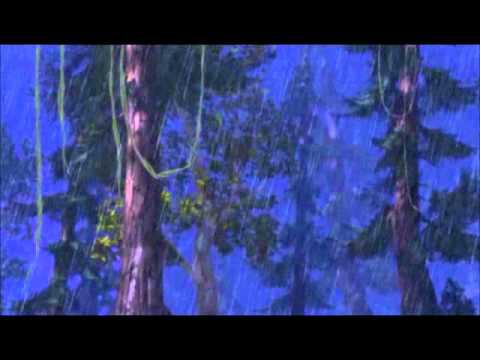 32
Alpha and Omega - One and Only
added by AlphaAlyssa
video 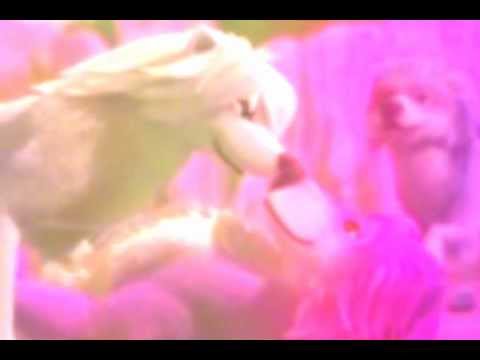 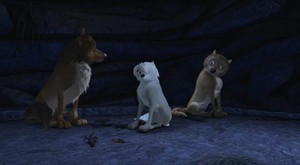 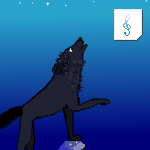 I had an idea came up to something I don't think any پرستار involving characters did before.. یا much..
I could be wrong..

Of course unless it's about video games, like modding.
Hehehe

The idea is that I make موسیقی about characters I love.
Example: "Sneaky Humphrey".
I make a song about that.. Him being sneaky and all..

Another one is about a lost travel at night, where Humphrey and another بھیڑیا is howling and singing..

I'm thinking of making a separated Youtube Channel that focuses on that...

Of course, it's possible people made موسیقی for the characters before.

Also, for the sake of freedom (and maybe...
continue reading...
Chapter 10: A Little Too Happy Lilly
posted by shadow-omega
My POV

The sun was out with not many clouds in the sky, making it a nice دن with a tad breeze. A leaf had fallen down from a درخت and was going with the breeze. It floated into Lilly and Humphrey's ماند, خلوت خانہ and landed on my nose. I stirred awake, blinking to clear my vision. I then stretched and found that I was the only one awake. It was morning from what I could see, so I decided to look for a stream to drink from and maybe even take a bath. I walked out of the ماند, خلوت خانہ and started to explore the area to find a stream یا something to wash up. I came across a river finally after 20 منٹ of walking....
continue reading... 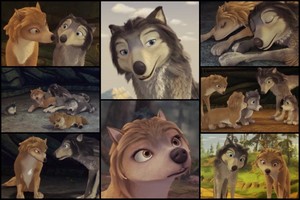 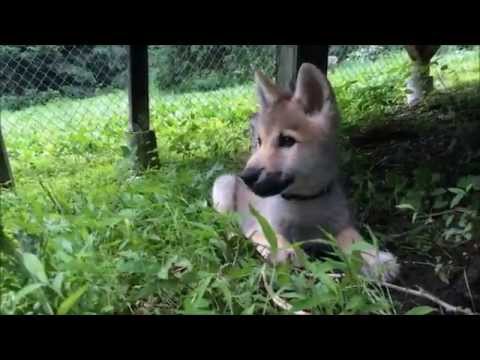