3
A Playlist - St. Berry
posted by sevendeadlysins
I take the time to create playlists for the couples I adore. This is one for Rachel and Jesse.

Call Your Name - Daughtry: Jesse's guilt after egging the love of his life. Yeah, so this one is sort of in my head, but not entirely. I feel like there was an implication that he did feel guilty. And that he wanted to return to her, but was too afraid.

All I Never Wanted - Diana DeGarmo: "Don't know why I feel so shattered/I should have known better/You were all I never wanted anyhow/But I sure want آپ now..." What's going through Rachel's head from the incident until the end of Regionals.

Hallelujah - Rufus Wainwright: It's kind of a song I imagine Jesse singing in his state of depression. Of course when it says "But آپ don't really care for موسیقی do you?" it doesn't fit. I don't think it's مجموعی طور پر perfect, but I have an image of him singing this.

Set the آگ کے, آگ to the Third Bar - Snow Patrol and Martha Wainwright: Jesse and Rachel miss each other. This is also sort of in my head, but I don't need convincing that they want each other just as much. Two words (really one but still: Soul. Mates.

The Only Exception - Paramore: During the time when Rachel loves him, she considers her not-so-fantastic love life. But Jesse is different. Deepness.

All Again For آپ - We The Kings: آپ know he's thinking it durig Regionals, I just needed to point it out. Because he did love her. A lot. "You were everything that's bad for me/Make no apology/I'm crushed black and blue/But آپ know I'd do it all again for." The entire chorus. Listen. To. It!

Fall For آپ - Secondhand Serenade: Another moment of love. If the theme of "Hell-O" wasn't Hell and Hello, they would have sung this as their first duet. یا maybe their second, had someone thought of it... And SS granted permission.

Pretend - Secondhand Serenade: Rachel's song when she has been betrayed. "Please let me be free from you/Please let me be free/I can face the truth." And in my version, Jesse gets the part that goes "Put down your world/Just for one night/Pick me again."

Thinking of آپ - Katy Perry: Rachel sings this after Regionals. When she's with Finn. In my head, but I'm sure she still feels this way at first. (Or all the time...)

Forever and Almost Always - Kate Voegele: The عنوان says it all. And I just know Rachel's voice would sound beautiful with a Kate cover. Especially this one. For her true love!

Like a Prayer - Glee Cast: Yeah, I still had to include a few canon songs, but only the ones that really describe these two. No further explanations needed. Others include: Total Eclipse of the Heart, Hello, Like a Virgin (haha), Burnin' Up

So Contagious - The Acceptance: Hell-O song. This is also the ultimate پرستار video song, especially for these two. If I wasn't mentally challenged in the پرستار video department, I would be all over this.

Stab My Back - All-American Rejects: I imagine Jesse being able to make this sound extraordinary. One of my پسندیدہ AAR songs, and it's totally Jesse to Rachel. With Rachel actually having the dialogue after "The phone rings/And she screams..."

Blind - Ke$ha: Rachel before Regionals, after the incident. Of course, not with the whole "You're sleeping with the enemy" unless that's a metaphor. But "I'm sick and tired of the mess آپ made me/You're never gonna catch me cry/You must be blind if آپ can't see/You'll miss me til the دن آپ die."

Breakeven (Falling to Pieces) - The Script: Even though this song now drives me crazy, I imagine Jesse singing "She finally met a man who's gonna put her first" about Finn. And "What am I supposed to do when the best part of me was always you/And what am I supposed to say when I'm all choked up that you're okay" with his guilt. (In my head)

Playing With My دل - Kate Voegele: Preferably the acoustic version- When Jesse was using her still. Kate and Rachel... Needs to happen.

Airplanes - B.o.B and Haley Willaims: Not positive as to why this is here. The chorus, mostly. Wishes for him. Loves him. Sadness and longing.

Say Anything - Kate Voegele: The common thing with my Kate songs should have become obvious the سیکنڈ time around. Just listen to these lyrics; it's got their names written all over it!

It's All Your Fault - P!nk: Rachel after Bad Reputation, then again after being egged. "I hold my breath/Because آپ were perfect" and every other line!

Look After آپ - The Fray: Jesse realizes that he does love Rachel, and that he doesn't want to betray her. The very last sweet moment when were ever graced with for these two... Wonderful.

Let This Go - Paramore: Rachel will never forget everything he meant to her. She will also never forget the egging incident. First line is the strongest for both of those reasons.

Impossible - Shontelle: This has got to be the Rachel/Jesse theme song! It's about him betraying her, and her broken heart. It's just fitting, every line. And Rachel could add so much to this song!

Dance Floor Anthem - Good Charlotte: This would be a great ND group number to do on Rachel's behalf. Finn sings the first verse, of course, then Rachel the second, etc, etc. Perfect sad song to describe them!

My دل - Paramore: "My دل it beats/Beats for only you/My دل is yours." This is their song because they are soulmates. So lovely, though sad under new circumstances.

Like a چھری - Secondhand Serenade: Right after Rachel's egged, she would be standing in the parking lot singing her دل out to this song, feeling so hurt.


Ta-da!
Team_Edward77, Rawwwr and 1 other like this
sevendeadlysins For the record, this HAS been updated, I'm just TOO LAZY to change it on here. But I like the changes I made. Maybe one day the newer edition will be open to the public eye. 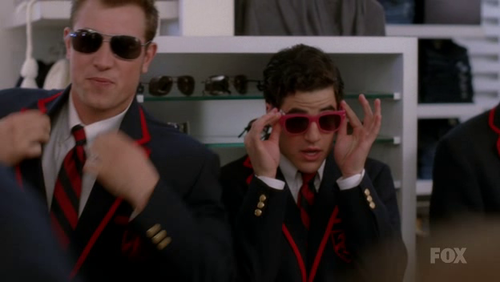 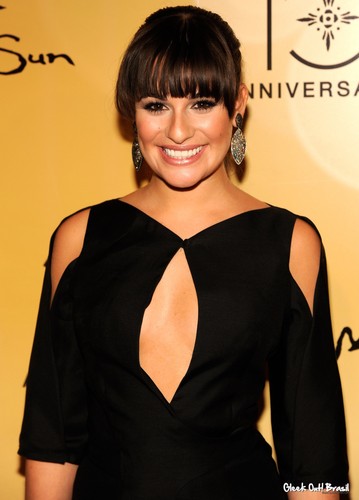 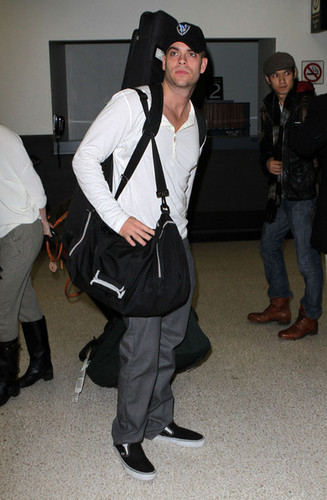 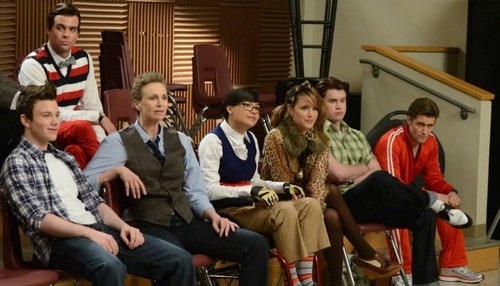 1
Stills from سہارا episode
added by SBTA81
Source: لومڑی
Spoilers from someone claiming to have seen a rough copy of 3x01
posted by Charmed_Luver
I am just burrowing these spoilers from link and I didn't link it because they could change the ایل آر یو of their tumblr.
SPOILER ALERT!

They are quite general ‘spoilers’ but as always take with a grain of salt.

- very old school Brittany/Santana and Brittany/Santana/Sue interactions. Felt like season one again.
- cute teacher/teacher interactions.
- Quinn is very interesting this episode. I felt for her and cared a lot even though she left me cold last season.
- Faberry شائقین will love a certain scene.
- Klaine شائقین will be satisfied. Blaine شائقین especially.
- a scene in the cafeteria starts seriously...
continue reading... 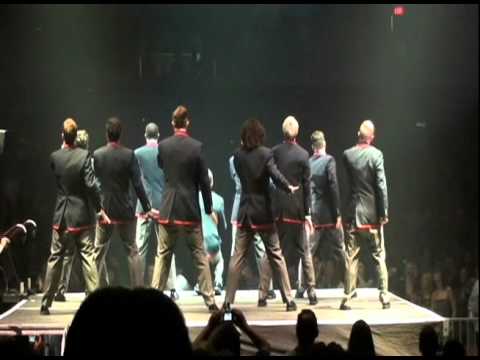 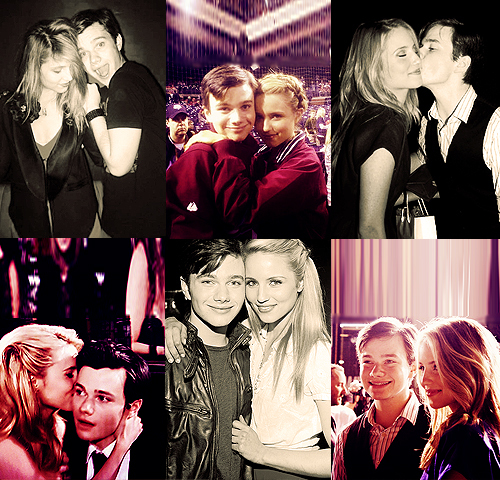 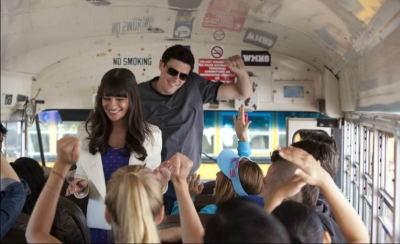 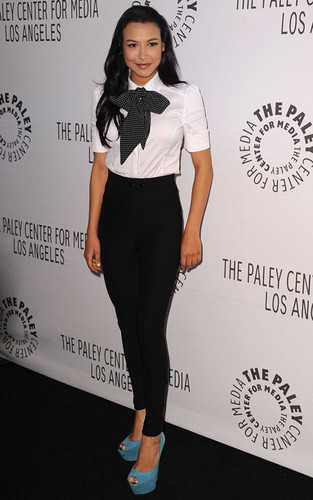 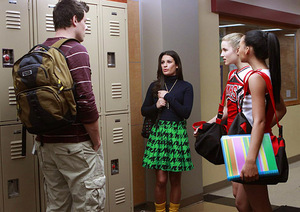 (William McKinley High School was having their senior prom tonight. Santana Lopez and Quinn Fabray have both been running campaigns for prom queen, along with senior class president Brittany Pierce and quarterback Finn Hudson. Sam Evans and Mercedes Jones have been coming closer together in their relationship. Blaine Anderson tries to get over his gel addiction as the prom دن comes closer. Rachel Berry is upset when she finds out that Finn and Quinn are running for prom king and queen. At the start of the prom, Brittany performs link سے طرف کی Britney Spears. Everyone is either entering, dancing...
continue reading...

1
Are آپ lost Noah?
added by judesmommy
Source: fuckyeahawkwardgleecomments.tumblr.com
4
Glee Episode 7 : No Air Lyrics
posted by Renesmee_XD
If I should die before I wake
It's 'cause آپ took my breath away
Losing آپ is like living in a world with no air
Oh

I'm here alone, didn't wanna leave
My دل won't move, it's incomplete
Wish there was a way that I can make آپ understand 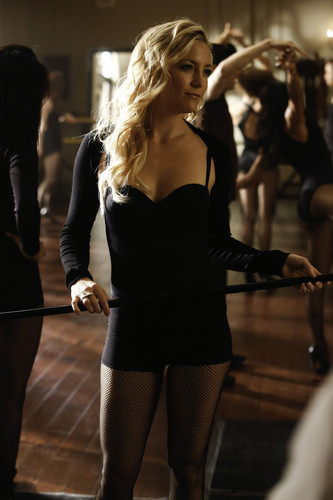 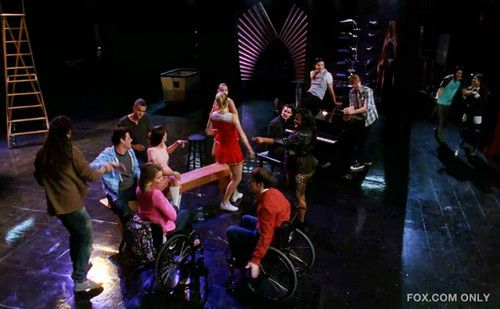 1
Glee Dance with Somebody
added by viva33