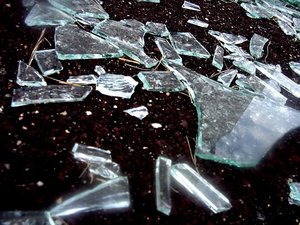 It was a little after two when Michael woke up to see that him and Tatianna had fallen alseep on the سوفی, لٹانا together while watching tv. Not waking Tatianna he slowly got up, covered her up with a blanket and headed off to his room to go to bed. Still the thoughts of having feelings for Tatianna ran through his mind, he managed to fall into a deep but restless sleep. As michael slept, he began to dream....a very awful dream........
Michael awoke to find that he was pouring rain and everything was dark. "Tatianna" Michael called as he made his way down the hallway, which seemed so much longer than it actually was. Suddenly Michael was overcome with fear as he made his way closer and closer to his living room. Horror struck him as he saw Tatianna lying on the couch, dead from muiltipule gunshot wounds. اگلے her stood the man michael had seen on the سٹریٹ, گلی who had beaten her he had an evil grin on his face. Michael turned and ran back down to his room, but as he tried to reach his room the farther and farther away it got. "Hey michael i have a suprise for you!" the man's voice boomed. Michael still tried as hard as he could to reach his room but it was useless. "There's no way out Michael...come back we have a game to play!"

Michael shot up awake, covered in sweat. Michael got out of بستر and walked into the living room. Tatianna was sound asleep on the سوفی, لٹانا and the tv was still on. With a sigh of relief michael walked back to his bedroom, only this time he slept the rest of the night with his bedroom door open so he could listen out for tatianna.
The اگلے morning michael awoke to the sound of his alarm going off. It was a sign it was time to get ready for work. Michael slowly got out of بستر and walked into the bathroom and took a shower. After taking his شاور he quickly got dressed and headed to the kitchen. As he walked passed the living room, he saw that Tatianna was still fast alseep. Michael made him some coffee and put it into a thermos. He then made his way out the door, but not before locking the door and giving Tatianna one last look before closing the door.

Tatianna woke up a short time later. Hungry, she walked into the باورچی خانے, باورچی خانہ and began to make herself some cereal. After eating, she took a nice warm shower. Once she was through with her shower, she dried off got dressed and walked into the living room where she sat down and began watching tv. Tatianna didnt know how long she had been watching tv when there was a sudden knock on the door. Puzzled and scared, Tatianna peeked through the peep hole in the door, when she did fear surged through her...it was him. Tatianna backed away from the door slowly, as she backed out she covered her mouth to prevent herself from screaming. "Tati know your in there and آپ are alone, your little boyfriend left آپ here. Now we can do this the easy way یا the hard way." the drug dealer growled. "Leave me alone!" Tatianna cried. "You better open this door! ill give آپ til the conut of three!" Tatianna tried desperatley to hide. "One...Two.........THREE!" The door suddenly flew open, Tatainna quickly took cover behind the سوفی, لٹانا but it was no use. The dealer pulled her سے طرف کی her hair and threw her against a wall.

Meanwhile at Work, Michael began to feel very worried, like something was wrong but he tried to cover it up seeing that he had alot of work to do. The مزید he tried to shake the unsettling feeling the worse it got, also as it got worse it was beginging to show. Michael's boss happened to walk سے طرف کی michael's office. "Mike are آپ alright...you seem a little uptight." , "Im fine sir...really." Michael tried to tell his boss. "Mike why dont آپ go home...ill have frank finish your work." his boss replied. "Um....thanks." Was all michael کہا as he got his stuff as he quickly walked out the door. Luckily there was no traffic, so michael was able to get ہوم alot quicker than normal. Michael felt his دل rate quicken as he made it to his floor as he began to walk down the long hallway to his apartment, he began to hear faint screams. Suddenly michael was running down the hallway to his apartment. Michael made it to his apartment to see that the door had been forced open and the door was hanging half way off the سب, سب سے اوپر hinge. "Tatianna!" Michael sceamed as he ran into the apartment. سے طرف کی her screams michael could tell she was in the back بستر room. Michael quickly ran down the hallway and kicked the door open. When he did he saw the man that had be beating her on the دن he had saved her. "You get off of her!" Michael commanded. "What are آپ going to do pretty boy? huh? call mommy and daddy to help?" the dealer sneared. Michael gave the man one good push causing him to fall off of the بستر and onto the floor. Michael then tackled him, as they fought Tatianna made a run for the kitchen. Once in the kitchen, Tatianna grabbed the sharoest چھری she could find. Afterward, she was too afraid to go back in the bedroom where the sound of things falling to the floor and glass breaking as the dealer and michael fought. She began to dial 911 when she heard a single gunshot coming from the back bedroom. Without thinking Tatianna rushed back into the back bedroom. She was shocked to see that michael had been shot and the dealer was standing over him snickering. "Looks like lover boy cant help آپ now." , "You bastard!" Tatianna screamed as she lunged at him with the knife. When she did, the dealer pinned her down onto the floor. "You know آپ could have avoided all this trouble if آپ had only just had دیا me my damn money, now lover boy is over there dying because of you." , "Get off of me!" Tatianna کہا through her teeth. "Oh dont worry im just going to have آپ شامل میں lover boy since آپ two seem to care so much for one another." the dealer کہا coldly as he took the چھری out of Tatianna's hand and proceeded to hold it against her throat. But instead of going ahead and cutting her throat he sat up a bit and stared at her. " Hmmm.... i think there's one مزید thing i have to do before i kill you." the dealer said. Tatianna was about to ask but she already knew the answer when she saw he was beginging to undo his jeans. Tatainna closed her eyes because she didnt want to see his face as he was going to rape her. Suddenly out of nowhere another gun shot rang out. Taitanna quickly opened her eyes to see that the drug dealer hand been shot square in the center of his forehead. Tatianna quickly moved out of the way before his body fell to the floor with a loud and dull thud. Tatianna looked up to see michael propped up on one elbow with the gun in his hand. "Michael." Taitanna cried as she walked over to him. سے طرف کی looking at his wound which was in his middle abdoman and on the floor which had a huge puddle of blood she knew michael was loosing alot of blood. Quickly she grabbed a nearby sheet and tied it tightly around michael's abodoman. "Michael ill be right back,ill go call the police." Tatianna quickly ran into the باورچی خانے, باورچی خانہ and called 911.
After calling 911 Tatianna raced back into the room. Tatianna then proceeded to craddle michael in her arms. Michael was barely conscious. "Michael please stay with me." Tatianna cried. " Tat..ianna .....i have....something....i want.....to .....tell.......you." Michael choked. "What is it michael?" , " I.....Love...you." Michael choked. Tatianna began to cry even مزید than she already was. "I.....just.....thought..........I.........would.....let ..you ........know before.......I.....die." , "No! Michael dont say that! your not going to died....i wont let you!" Tatianna sobbed. Tatianna then kissed him. Michael tried to say something else but tatianna couldnt make it out. "What michael...what were آپ saying?" Tatianna sobbed. But Michael was already unconscious........................................ 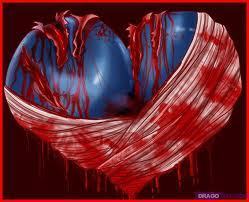 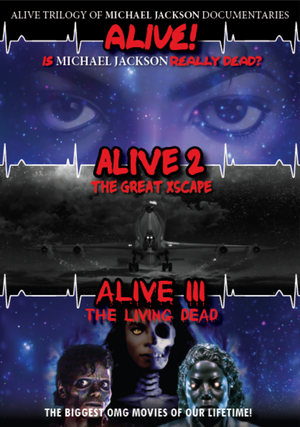 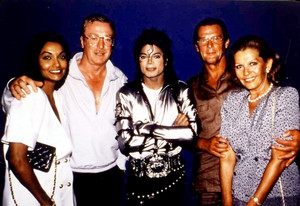 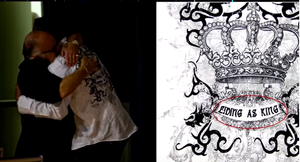 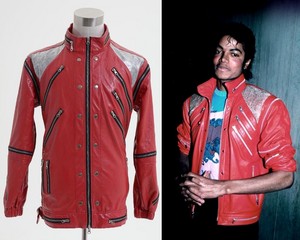 The Iconic Beat It جیکٹ
added by cherl12345 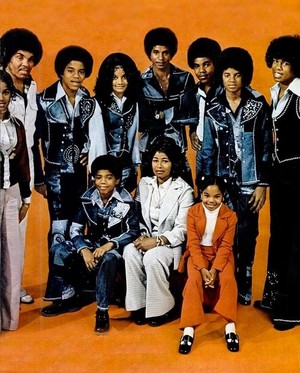 The Jackson Family
added by cherl12345 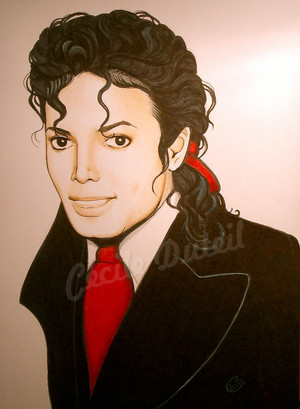 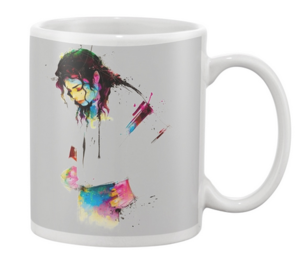 1
Start your دن with Michael !
added by Lovetreehill
Source: teechip.com/jackson-mug 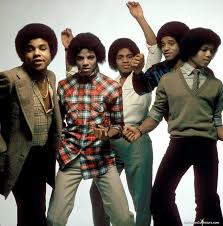 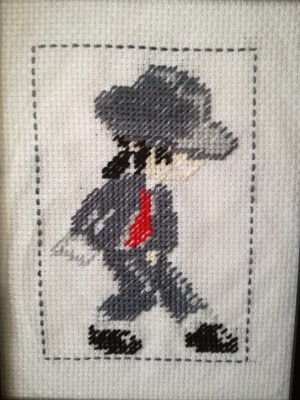 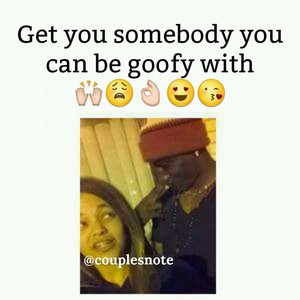 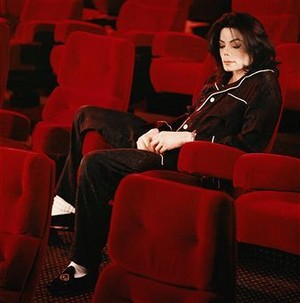 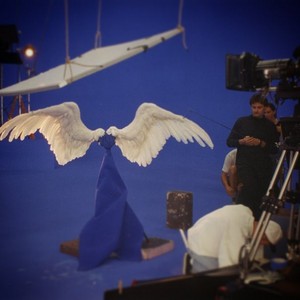 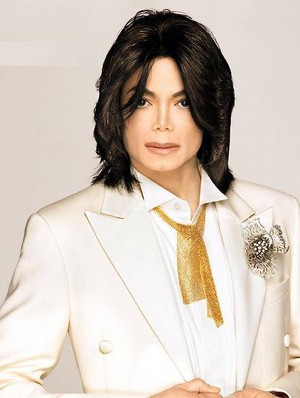 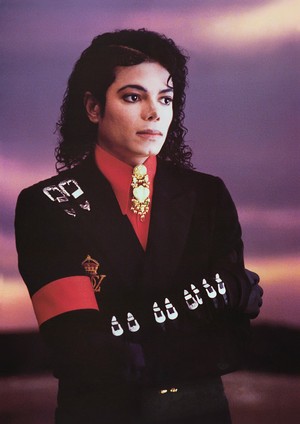 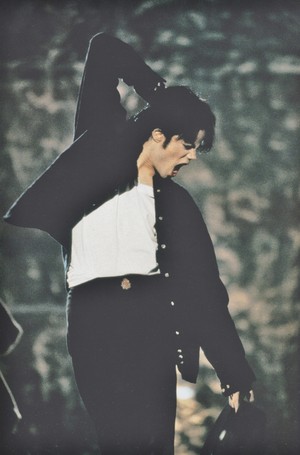 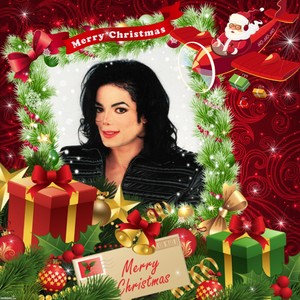 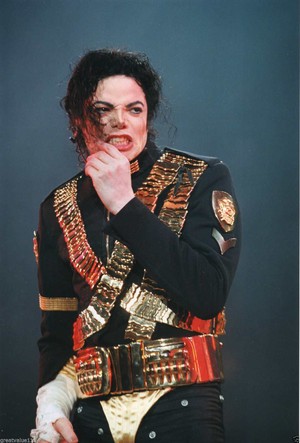