"I ended up crying myself to sleep on Michael's side of the bed"
*One week later : Friday*


I sat on the سوفی, لٹانا watching the newest movie I had made,"Queen of the Damned" and I played the sister of LeStat, Lillia. Michael had wanted to watch it but then left near the ending to get ready to pack for his flight. He had to leave the house سے طرف کی 5:30 and his flight leaves at 6:30 for his tour with his brothers. As I kept thinking about the fact Michael was leaving and I wasn't going to see him for three years, I started to cry but I tried to keep it in. It was hard for me to be without him before. Now since we're in love and engaged, I don't think I can go through that again. I started to debate whether I should help him یا not. Might as well cherish the last moments I'm going to have with him before I send him off at the airport. I headed my way up to our room and wiped the tears off my face.

I entered into our bedroom finding Michael sitting on his side of the bed, crying. I crawled across the بستر and sat behind him with me legs spread apart so I could be against his back and I wrapped my arms around him. "Michael, what's the matter? What's wrong?" He grabbed my thigh from behind him and said,"I don't want to do this. I can't leave you. I don't want to leave." I started to get teary-eyed feel terrible for Michael. "I know, baby. I don't want آپ to go either, but before آپ know it we'll be back together. I'll come ہوم from my tour and we'll be together again." I started to kiss his shoulder and tried to comfort him in anyway I could.

He stood up and started to come ontop of me and kiss my lips hard and deep like never before. "But I don't *kiss* want to wait three *kiss* years to be able to *kiss* hold آپ یا *kiss* hug آپ یا *kiss* kiss آپ یا touch آپ یا *long kiss* make love to you. I need you." Michael never gave me a chance to speak. All he did was trap me with his sweet mouth. He tried so hard to remove my شرٹ, قمیض while grinding and kissing me but I kept resisting. "Michael......ugh.....you have to *kiss* stop." Michael slowly slid his tongue into my mouth and kept putting it in there as he kissed me hard. He never kissed me like that. Hard and deep while French Kissing me? He never rammed his tongue down my throat until now. I can tell he was upset and he wanted this just one last time before he was to say "Goodbye" until 1987.

I needed him to listen. Michael wasn't focusing on my words. I put my hands on his chest and started to rub up and down. I let out moans whenever my mouth was somewhat free. Michael was also doing that while still grinding me and making me لپیٹ, لفاف کریں my legs around his waist. He let go of my lips and was about to rip my شرٹ, قمیض apart. He was now rougher than ever! I placed my hands on his, indicating I didn't want Michael to do it. "What?" he asked. "Michael, I know آپ love me and I know آپ don't want to leave me but آپ have no choice. And as much as I would like to make love with آپ one مزید time before we are separated, we can't. We don't have time. Good thing your bag is packed because we have to go now." I got off the بستر and stood in front of Michael and grabbed his hand. He grabbed his last suitcase and we headed outside to the limo.


Michael and his brothers all went to make sure everything was still ready for the jet. As they were all boarding the plane, Michael stayed off. He watched his brothers give their luggage and walk up the steps to the plane. Michael handed his own luggage and looked back at me. He کہا something to the pilot and started to walk back my way. I figured he wanted to say "Goodbye" one مزید time. I started walking towards him and cry. Michael came up to me and wrapped his arms across my back and I wrapped my arms around his neck. We hugged each other the same way we did then night we had our first kiss. I was trying to hold back the tears but they kept coming out. I rubbed the back of his head and held him tight to me. "I'm going to miss you, so much." I said. "I'll miss you, too. I'll call every single دن while I'm tour. I promise."

We finally let go of our grip and looked at each other. "I love you." I کہا while beginning to really cry. Michael had tears coming out of his eyes but he wasn't crying. "I love you." Michael grabbed the sides of my face and pulled me in to kiss him one مزید time. I pulled him into me as much as I could as he put his arms back around me. Our tears went down to our lips and mixed with the kiss. I held the back of Michael's head and, this time, started to, once more, French Kiss him. I could feel his grip getting tighter on my back. Our fast pace finally started to slow down and we started to kiss مزید gently. We stop but our lips were still touching. I caressed the side of his face as we gave each other one مزید peck. Michael looked at me and cupped his hand on the side of my face. "Everything will be okay. I promise. I won't break my promise to marry you. I swear." he said.

Michael gave me one مزید quick peck on my mouth and slowly let go of my body and just held my left hand. As he slowly walked backwards, Michael let go of my hand. I saw him turn around to face the plane. I could feel my دل ache as I watched him leave. I wanted to do nothing but cry. I saw Michael turn back around to face me before he walked inside of the plane and wave to me. I waved back and watched him disappear. I was still crying even though I felt I was somewhat overreacting. I couldn't see any of the boys anymore. They all disappeared before my eyes. I heard the plane get ready to take off and saw Michael in one of the windows watching me. As the plane started to اقدام away, I waved to Michael as he did to me. اگلے thing I knew, Michael was out of my sight and the plane was off the ground and in the air.

I walked back to the limo, holding my cell phone, waiting for it to ring and it be Michael. I honestly didn't feel as much pain as I thought I would. My stomach ached and I wanted to cry but I didn't feel like my دل was ripped out again. Maybe it's because I knew I would see Michael again. I wasn't being torn away from him, I was just not going to see him for a while. I still missed him terribly. I rode in the far back سے طرف کی myself and put in my earbuds to listen to music. I turned my mP3 Player up to 15 and drowned myself in extremely loud heavy metal music. I never listen to mine یا Michael's موسیقی when I'm upset about us. I could feel my ear vibrating from the hard گٹار and drums and the loud screaming the singer was making. Even though the person was screaming, I still understood what they were saying and the chorus fit how I felt perfectly.

The lyrics were,"I see hell in your eyes/Take it in سے طرف کی surprise/Touching آپ makes me feel alive/Touching آپ makes me die inside/". When I did look into Michael's eyes, they were bright like the fires from hell and I was always surprised سے طرف کی some of his "naughty" actions. When I do feel him and touch, I do feel alive and when I do touch him, my darker side dies. Everything that is کہا in the chorus is what I feel. And I feel......loved but alone. I closed my eyes and listened to the موسیقی until I got to my big mansion "Never-Land".

After I came ہوم and went upstairs, I took a شاور and cleaned myself up and put on one of my shirts finding one of Michael's button-down shirts on the floor. I lifted it up and held it close, taking in the sweet smell Michael left on it. I decided to wear his شرٹ, قمیض instead so I could feel like he was somewhat here. I looked at the clock and saw it was 9:00 pm. Michael still hasn't called but that probably because he is still on the plane flying to Italy.

I crawled into بستر and layed there, thinking of all the memories Michael and I have created in this room. All the funny memories, sweet memories, "naughty" memories and passionate memories. I closed my eyes and remembered the first time I saw him again and remembered how I felt when I saw Michael again. I layed there with my eyes shut and never opened them again. I started to feel tears running down the side of my face. As I layed there, I ended up crying myself to sleep on Michael's side of the bed, praying I would feel his arms around me and his body against mine while hearing his sweet innocent voice saying,"I love you". But the weird thing is I DID feel a body against me and arms around me and I DID hear his voice but he didn't say "I love you" he کہا "I'm here for you". I slowly turned around to see. . . . . 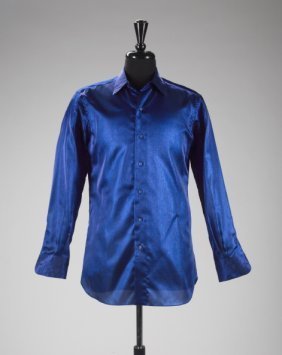 "I lifted it up and held it close, taking in the sweet smell Michael left on it"
MJcutiepie2002 and MJpixy like this
MJsGurl4Eva1202 You like?
MJpixy I love it!Who is it?
MJsGurl4Eva1202 You'll see
4
Michael Jackson fantasy----My Dreams With آپ (Part 1)
posted by mywaymj84
It was the summer of 2006 that my whole world would be changed forever. I was only seventeen at the time. I lived in a very small town in Vermont with my parents and my snotty nineteen سال old sister. Oh where are my manners, my name is Courtney Brown یا should I say Courtney Jackson. But i'll get to that in a little while, first I want to tell آپ a little bit مزید about me. During the summers I would work in this پیزا place so I would earn extra money, (well that's what I told everyone but the real reason was so I didn't have to hear my parents argue.) My princess sister Heather (that's...
continue reading...
Superfly Sister ~ Lyrics
posted by 2468244
Ooh
Hee, hee
Doing it
Hoo
Oh
Oh
Hee

He wanna do something keen to you
He wanna لپیٹ, لفاف کریں his arms all around آپ girl
He wanna shake it up shake it down
Doing it right
He wanna jump back half flap doing it right

Love ain’t what it used to be, hee
That is what they’re telling me
Push it in stick it out
That...
continue reading... 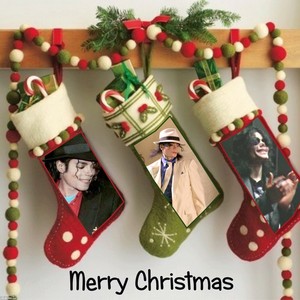 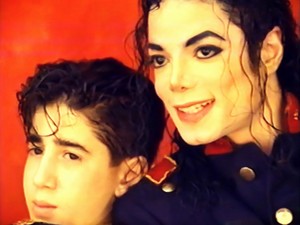 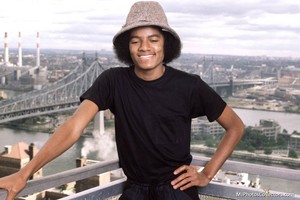 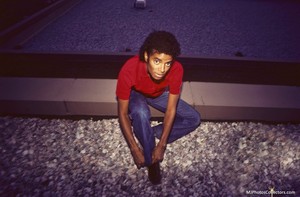 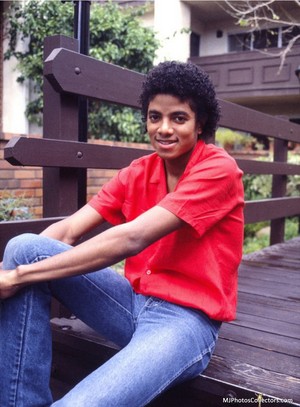 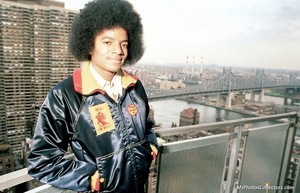 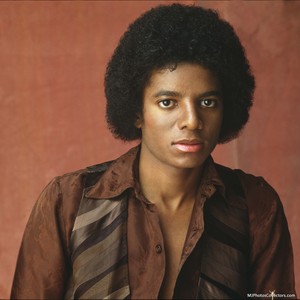 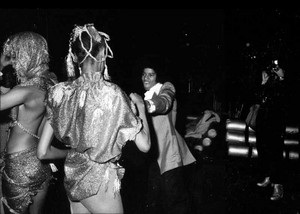 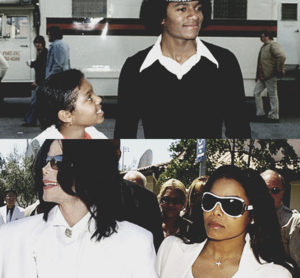 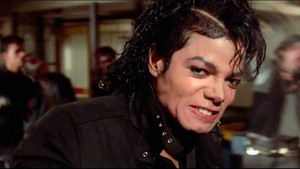 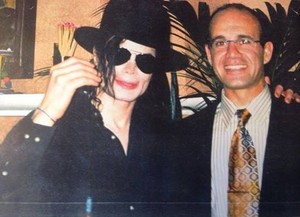 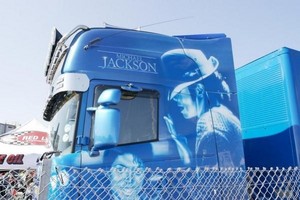