That's just the way the cookie crumbles... All over my clean new shirt.

If at first آپ don't succeed, destroy everything.

An سیب, ایپل a دن can keep any doctor away if آپ throw it hard enough.

Don't worry if Plan A fails, there's 25 مزید letters in the alphabet.

Do آپ believe in love at first sight, یا should I walk سے طرف کی again?

Who says nothing's impossible? I've been doing it for years.

I will not be impressed with technology until I can download food from the internet.

Dear life, when I asked if my دن could get any worse, it was a rhetorical question, not a challenge.

I'm not clumsy, it's just the floor hates me, the tables and chairs are bullies, and the دیوار gets in the way.

That annoying moment when آپ finally get comfortable in bed, but then BAM, آپ need to use the restroom.

آپ don't notice the air, at least until someone spoils it.

Aim for the moon! Even if آپ miss, you'll land among the stars! But either way, you'll run out of oxygen eventually.

Hmm.... I could kill this person and nobody would notice.... Wait a minute. WHAT THE HELL BRAIN!?

When a bird hits your window have آپ ever wondered if God's playing Angry Birds with you?

Whenever you're feeling sad, just remember that somewhere in the world there’s an idiot pulling a door that says “PUSH”.

Objects in mirror are dumber than they appear.

Girls want a lot of things from one guy. Conversely, guys want one thing from a lot of girls.

That moment when آپ see a YouTube channel with the usual blue anonymous person on it, but with a spider, and آپ think it's real.

Have آپ ever had a fly یا small bug land on your computer screen and your first reaction is to try and scare it with the cursor?

Be nice to nerds, chances are you’ll end up working for one.

I didn't fall, the floor just needed a hug.

It doesn't matter whether آپ win یا lose, what matters is if I win یا lose.

Sometimes people deserve a high five, in the face, with a chair.

I was wondering why the Black Knight's shovel was getting bigger, then it hit me!

2
Bricks will be shat
added by prophet69
Source: Google 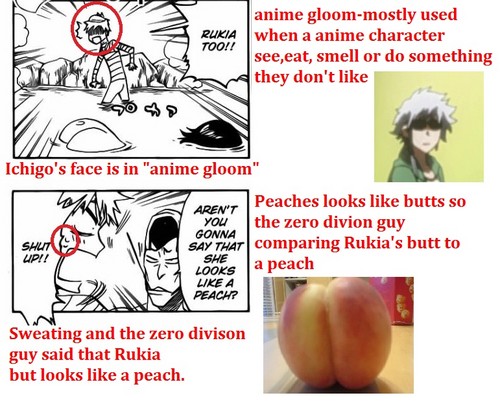 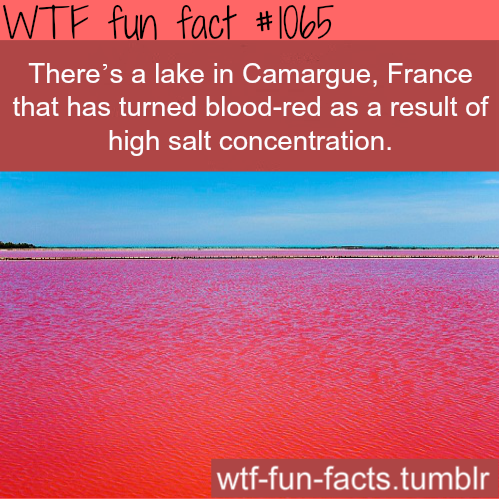 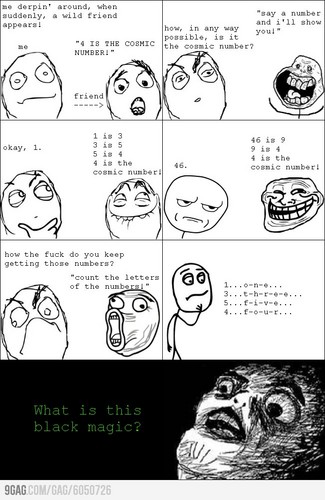 3
4 is the COSMIC NUMBER!!
added by Reshiramdragon
Source: Random website 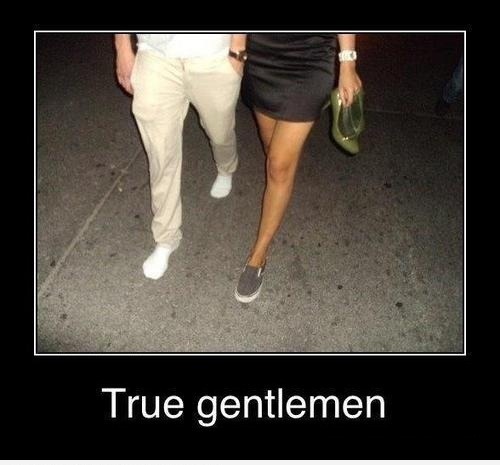 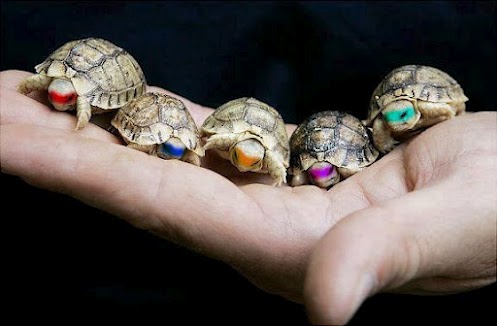 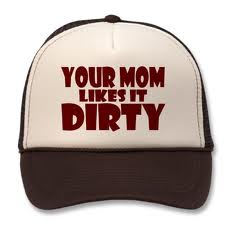 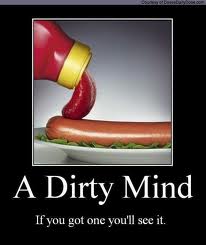 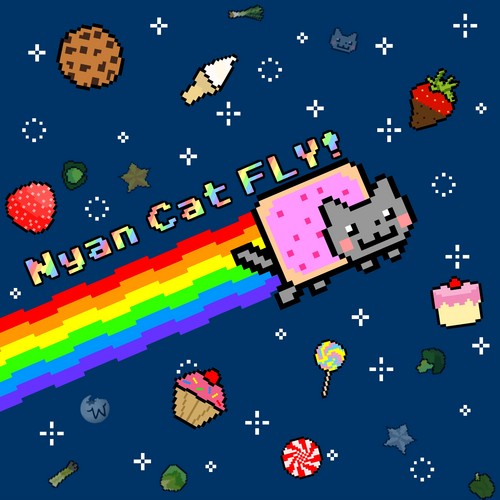 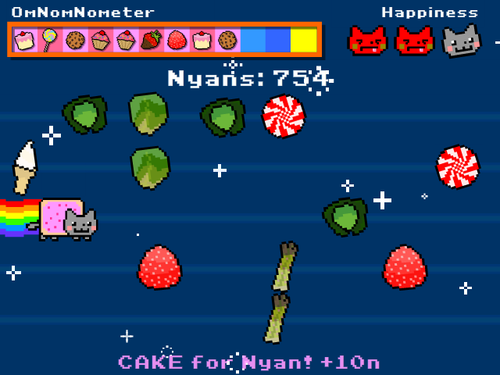 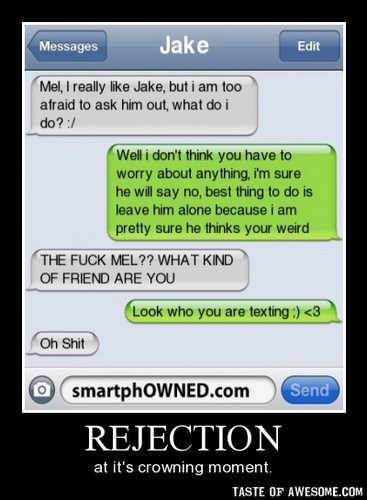 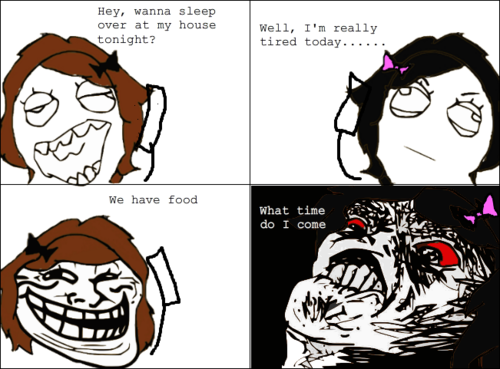 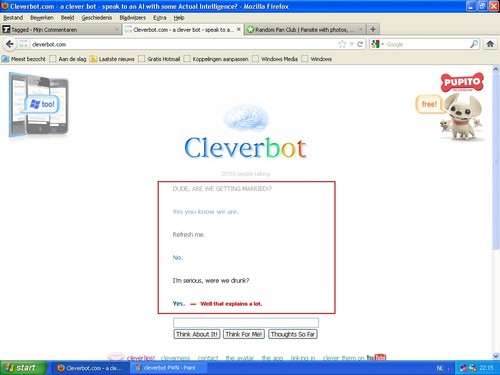 2
Cleverbot doesn't want to remind me when I asked her to marry me
added by Bond_Of_Fury
Source: me and Cleverbot 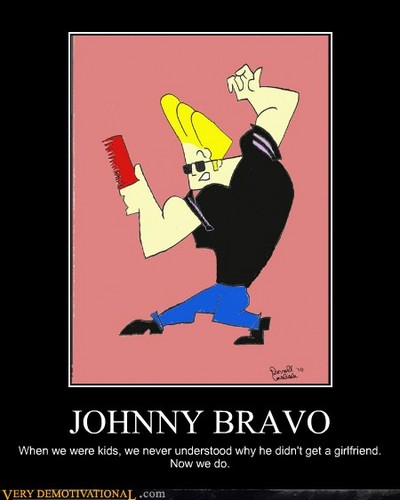 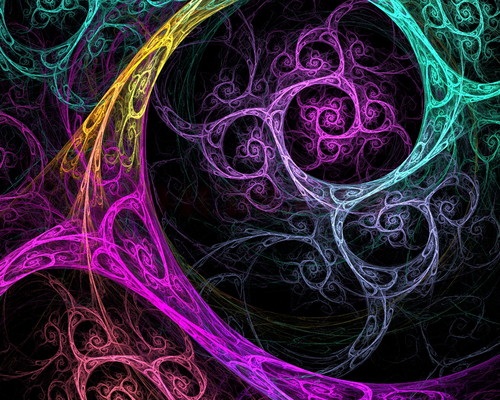 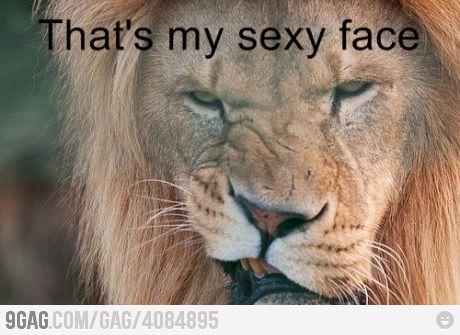