I do not own total drama island,if I did Noah would win all three seasons :P
Anyways lets do this btw my OC is Brandy

So here we go I promise to write مزید later :D

Protologue(or however آپ spell it)
*RING RING RING*
"Who the hell is it its three in the morning!"
"Guess who?"
"THIS IS F***ING FUNNY CUZ!"
"I find it hilaroius! Anyways,its 1 am in hawaii"
"Well in Chicago its 3 AM!"
"Anyways I have to ask something?"
"No my refridgerator isn't running,there is no Seymore Buttes here and no,I do not have Prince Albert in a can.."
"Not that! I was going to ask,beth can't make it for اگلے season,she has this modeling tour with Brady یا something? I don't know,I need someone to replace her."
"Fine I will ask mom tomorrow,now go make love to your boyfriend chef and GOODNIGHT!"
Chris Mclean had another lucky sucker for The 4th season of total drama.
Total drama College
-====
Not one of my better ideas,But ارے its an idea! Oh well :P onto chapter 1
=====
Chapter 1(in 3rd person):The torture begins
The original Campers sat there at a bus stop waiting for Chris Mclameness to دکھائیں up.Everyone had suitcases full of clothing,various cell phones and electronics,even canned food for those who didn't appreiciate the fine slightly alive food chef would serve,with the exception of izzy and her invsible suitcase that she کہا she got from the President on her half birthday.
A large,cheap,navy blue bus appeared and everyone boarded and began talking about this season.Chef drove as Chris Annouced the rules.
"First I have a new contestant.She is a little pirate mouthed..."
Chris stopped at the feeling of being kicked in the "Kiwis"as owen said.He fell and cried almost,to everyone's delight.A short redheaded girl walked to the back with an evil grin on her face.
"F*** آپ BRANDY!"
Chris Attempted to pick his dignity off the floor.And he annouced the rules.
"First off all,no singing this time!"All cheers except for Courtney,who made a pout face.
"Second,you all get teams,and آپ get to live together!"A few jeers for those who didn't want to stay with Alejandro and Heather,the most hated couple(yet loved سے طرف کی fans) on the show.
"Third I am not telling آپ when آپ get rewards یا eliminations,just like last season"
"Last each team gets their own bathroom and connfessional" A bunch of postitive reactions to that one.

Biography: Natalie lives in New York City, New York in an apartment for most of the year. She goes to a sleepaway camp for the summers with her best friend, Janey Lancey. She goes to school currently at مورگن High School, where she has gone since she was in 9th grade, which is a stretch because kindergarten through 8th grade, she'd been kicked out of every school she's been to. When Natalie was 10 years old, she was taken to the camp she now goes to in the summer. Along the way, they ran into Janey, who...
continue reading...
1
Total Drama TV! Episode 2 part 1!
posted by FireFlys113
Carly: Today آپ will be going to Bikini Bottom!

Sam: And your challenge is too get a job!

Everyone but Sponge: WHAT!?

Freddie: Lia and Olive! آپ will be working at the Krusty Krab!

Sam: Clover and Melisa آپ will be cheeladers for Pearl!

Carly: Jared and Karen آپ will be singing for Squidward!

Freddie: Terra and Danny آپ will be working for Sandy!

Terra: Its so gonna ruined my manicure! Wahh!

Sam: Courage and Erika آپ will be working for Larry!

Sam: All of آپ are eliminated! 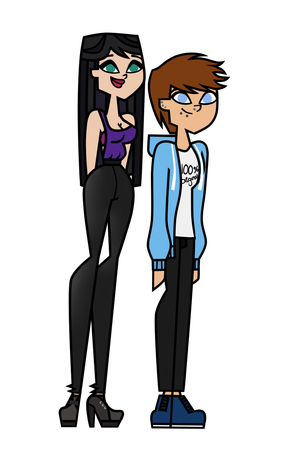 Diana And Dennis
added by jadeISmaNAME 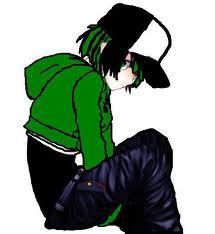 1
TDI میں butterscotch, بوٹرسکوٹچ
added by Butterscotch000
Source: Me and the base drawing person.
1
Total Drama Disney: Introductions
posted by ninjacupcake88
Sorry it seems rushed and all D: I just couldn't get it to work right. Hope آپ like it regardless.
------------
“Hello everyone, I’m Stella Carver and welcome to Total Drama Disney!” A girl with long blond hair introduced. She wore a red dress and had blue eyes with black eyeliner around them; she wore purple eyeshadow and گلابی high-heels. She stood in a film studio and held a microphone in her hand to be heard properly. “I’m here on set for the exciting new reality دکھائیں based on, آپ guessed it, Disney!” Stella paused; she smiled to herself and gestured to a helicopter, in which...
continue reading...
1
Total Drama Romance: Tri-armed Triathlon Part 3
posted by Diblover111
Scarlet: *looking down, scared*

Moose: *grabs her arm, pulls her up so she can have a better foothold*

Scarlet: Phew...thanks. *smiles up at Moose*

Kyra: That کیبن pick is so ours...

*Nylee and Raymond are still far behind the others, they finally reach the cliff*

Raymond: So what? One million is not won سے طرف کی being a wimp.

Vincent: *climbing the cliff pretty quickly, helping Crindola in the rough spots, all...
continue reading...
2
Total Drama: High School Romance s5 e3: Come and Get it
posted by Liagirl123
LAST TIME... ON TDHSR:
???: I'm Lila, thats Adriana. Future queens of this dump
Lia: Ha first off this dump is Total Drama High, My school. سیکنڈ that spot has already been filled be me and my friend Eli
Lila: They think they run the place. Adriana... Marker... NOW!
Adriana: (Hands marker)
Lila: (Draws all over Lia's car)

Lia: (Talks with a new york accent) I can see it now 'Bright Lights, Big City'
Carlos: That's right TDHB we are having our very first dance. Saturday from 8 to 12 a.m.

Lia: WHAT ARE آپ DOING?!
Luis: Trying to kiss آپ
Lia: No your not Im dating Carlos and آپ know it
Luis:...
continue reading...
1
Total Drama Romance: Tri-armed Triathlon Part 2
posted by Diblover111
Note: Yes I know it's long. Most of these will tend to be long since I like detail. Once again, if I have portrayed your character incorrectly, message me. From now on, if آپ don't message me I'm going to assume I'm portraying them correctly. Welcome to Total Drama Romance: Tri-armed Triathlon Part 2!!

Chris: *over the loudspeaker* And the challenge is....a tri-armed triathlon! I have chosen a partner for each of you, آپ will be handcuffed together, and together آپ must swim across the shark-infested waters...climb the cliff....and run down and tag a totem pole. The totem...
continue reading...
1
TDR Episode 1 Part 1
posted by Diblover111
Note: The episode name is not revealed because that would ruin the point of ending where I did. Notify me if I'm portraying your character wrongly (yes, I know Francis went a little weird... but anyway) Also, I know not everyone's OC had screen time - don't worry, you'll get your chance. Welcome to Total Drama Romance!

[Day, the docks]
Chris: We've had a looot of crazy seasons so far. We've seen *counts on fingers* cheating, manipulating, obsessing, lying, revenge...too much drama to count! But this season is gonna take the cake! We've brought in 18 campers from all over, including Britain,...
continue reading... 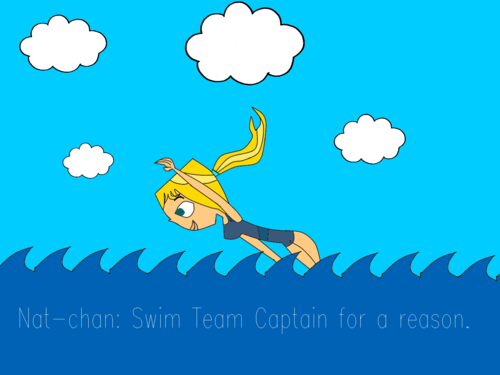 Nat-chan: Swim Team Captain for a reason.
added by tdafan121
Source: Me and Paint.NET 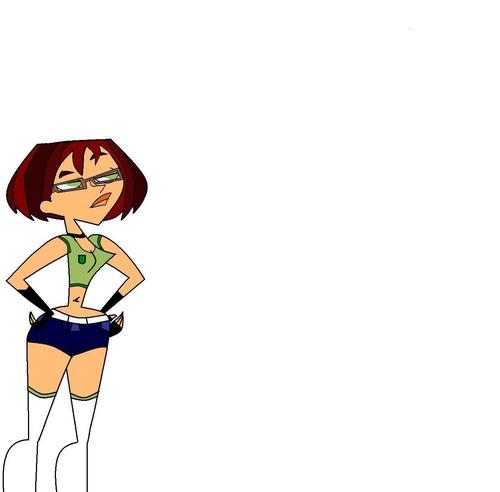 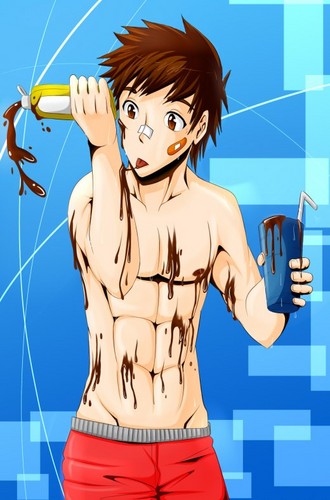 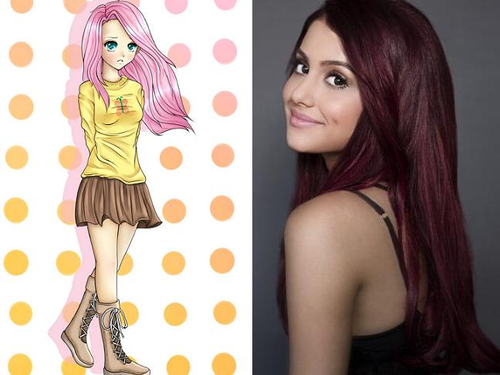 1
My New OC Ariana in TD form, and in Real Life!
added by Zmidy313
Source: Ariana Grande, an me 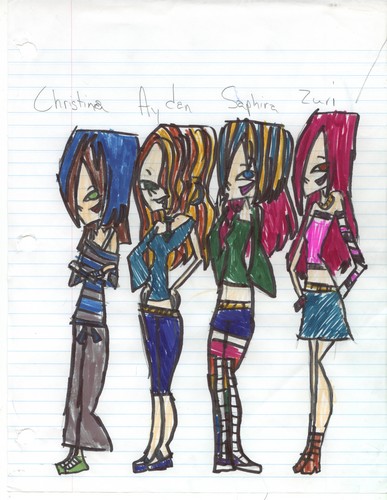 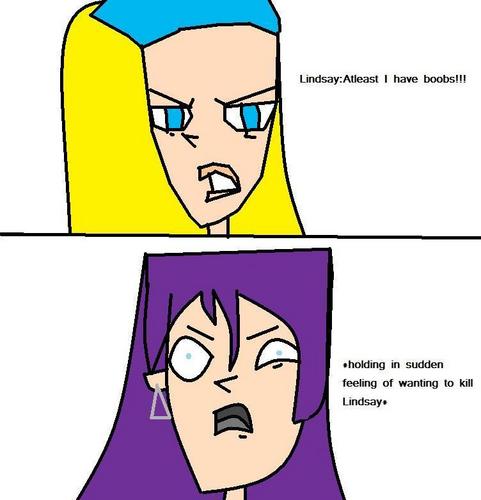 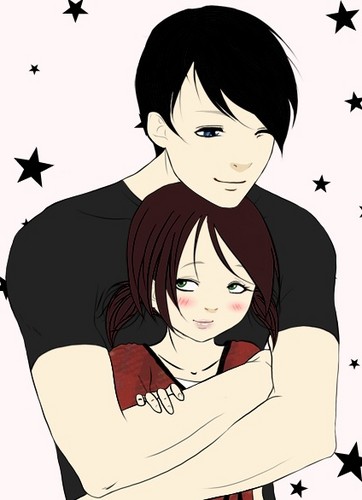 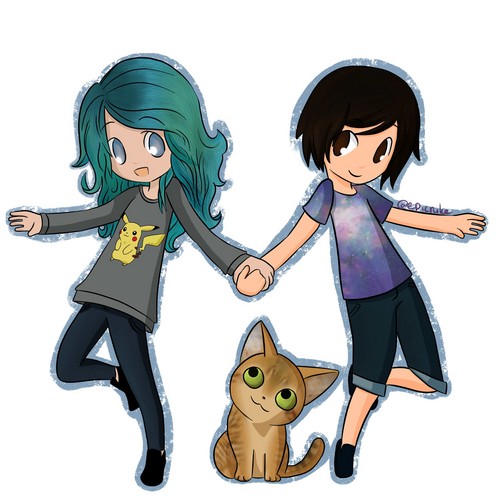 Anthony and Kalel!
added by Zmidy313
Source: People on DeviantART 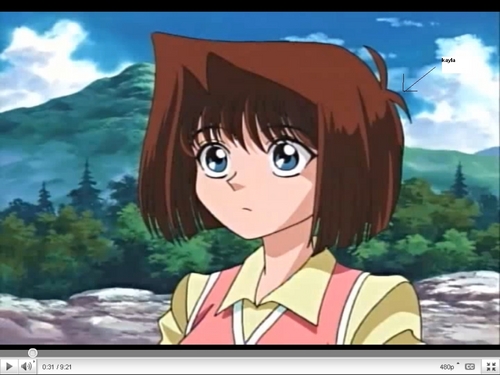