2
Chapter 52: Near Marraige
posted by UriahA
Humphrey has Scar in his arms as he woke up. She was so sweet, he was glad to have her. She woke up without Humphrey noticing and rolled over, still making him think she was asleep. Out of nowhere she yelled right into his face.
“Ah frick!”
“Haha, got you!”
“Man آپ got me good.”
“Humphrey.”
“Yeah?”
“I… I know this kind of backward of what it’s supposed to be but I… I have a mate that passed away and I know he wants me to be happy.”
“I know.”
Scar got on her knees, “Will آپ marry me?”
“Oh, Scar! This is so unplanned! The way we propose makes me feel like the girl and you’re the dude.”
“Will you?”
Humphrey cradled Scar in his arms, “Of course I will!”
“Tomorrow, we should have the wedding.”
“We need to plan it though!”
“I already did!”
“You knew I was going to say yes.”
“When is it?”
“Tomorrow at 2:30 pm.”
“I gotta tell my دوستوں and family.”
“I already did.”
“Oh, Everyone in the pack knew but me?”
“Yup.”
“I’m punishing you!”
“What are آپ gonna do?”
“You can’t do any of the work tonight.”
“Man, I like doing the work.”
The اگلے day, Humphrey and Scar were getting ready for the wedding. Hutch was the Best Man and Winston had to be the one to walk Scar down. Her father had passed away before she even married Cando, Claw was also deceased, and Tony was the guy with the Bible.
Humphrey was waiting patiently for Scar to come.
“Humphrey,” Hutch said, “Five منٹ until the bride comes to the alter!”
“Ok, I’ll…”
The موسیقی started playing for the bride to come too the alter.
“Maybe I was wrong.”
“Shh,” John said, he was one of the ushers.
Scar came with Winston walking her down.
“I’ve never seen آپ look so good!” Salty کہا
Humphrey laughed at Salty.
“Can I مککا, عجیب الخلقت him in the face?” Tony said.
“No, آپ can’t.”
“Fine, Blah blah blah, do آپ take Scar to be your lovely wedded wife to love on, to rely and depend on forever?”
“No. I’m joking I do.”
“Omegas are silly,” Winston said.
“Shh,” John silenced.
“Do آپ take Humphrey to be your lovely wedded husband, to love on and depend forever?”
“I do!”
“You may now rub noses with the bride.”
They were just about rub noses when Cando spawned right between them, they were close!
“Cando! Oh my God!”
Scar gripped Cando and wouldn’t let go. Humphrey joined in himself.
“It’s good to see آپ back, man!”
Claw also appeared out of nowhere, “Oh my God, Claw!”
“This is the best دن in past few years!”
Cando took a good look around, it was a wedding! Humphrey was groomed like a groom and Scar was groomed like a bride.
“What? I… is this really a wedding?”
“Cando, I was about to marry, Scar, I’m sorry I didn’t think about you!”
“Sorry? It would have made her so happy! I wish I wouldn’t have jumped in!
“Cando! I’m happy too see آپ here! I’m happier than if I would’ve married Humphrey!”
She saw Humphrey standing there, “Uh Humphrey I… I don’t mean it in! I…”
“Scar, Cando was your first mate. You’ll both be happier.”
“Are آپ sure?”
“Yes.”
“Thank you! You’re mateless now.”
“I’ll find one, I’ll find one.”
“I feel bad!”
“There were these girls Salty was flirting with, they were both hot. I’m going to check them out.”
“You should.”
Cando and Scar were both happy.
kate26104evo and elexissledge like this
Wolfe - Reboot
posted by BlondLionEzel
Preview

"Today's been a darn good huntin' day!" Joel, a tall but thin man told his friend Harold, a short and plump man.

"Yes, I do declare that we've tranquilized three wolves, they'll make good coats" Harold added, laughing at the three wolves they had caught.

"What are آپ gonna do with yer share of the fur?" Joel asked Harold. 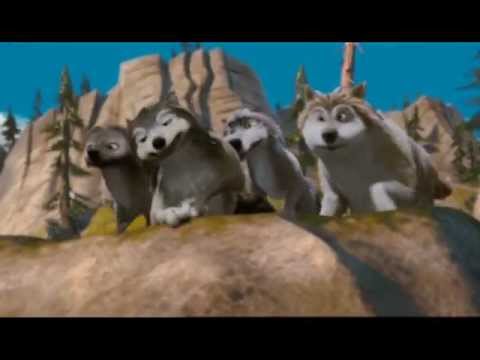 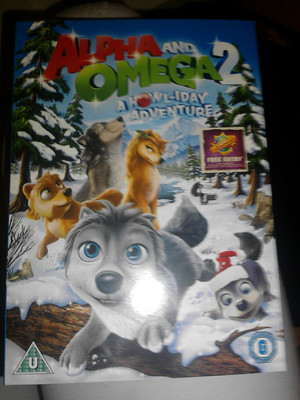 5
ALPHA AND OMEGA 2 DVD!
added by ShivuTheWolf
2
Life With Katie: Surprise Reunion
posted by Red_Pyramid206
Well, I was on my way to work this morning and
I decided to take a shortcut through the forest. I
know my way around there ever since my dad took me
to hunt when I was a kid. Katie was at ہوم watching TV, I went and bought her Family Guy DVDs so that should keep her occupied. As I walked, I heard a cry of pain. It sounded like a hurt wolf. I immediately followed the cries and found a بھیڑیا that looked like Humphrey in a rusted برداشت, ریچھ trap. He looked at me, crying. The blood dripped down his leg. "Please help. I can't move." he whimpered. "Shhh. its ok boy. Here." I said. "Y-You can understand...
continue reading...
1
No Place Like Home: Chapter 37 - The Evenings Divine Charm
posted by EightySix
The evening had finally arrived for the Clan, the howl was beginning to reach full capacity. Eight had been shooting the breeze with Zen, Mingo, Darriel and Grunt along with their دوستوں - some other Omegas he had only just now become acquainted with. He sat and enjoyed the company for the better part of an گھنٹہ سے طرف کی now as the moon continued to bathe the landscape in its heavy glow, reflecting off of each rock, dancing and flickering on each blade of گھاس below when the wind passed over.
It wasn't until choruses of howling began all over and became مزید and مزید noticeable that the group stopped...
continue reading...
Life With Scar: Part 4: Third Flight of the Odyssey
posted by HumphreyAlpha
(March 29, 2011)

The party got into full سوئنگ, جھول within a half hour. We had moved into the town of Jasper to a hotel's ballroom. Kate, Jon, Eve, Winston, and everyone else was all there and we were celebrating Scar's moving out.
Then, out of nowhere, Garth burst in.
"Lilly's alive!" he yelled. Everyone froze and stared at him.
"What?" Kate said. She couldn't believe what he had said, just like everyone else.
"Lilly's alive!" he repeated.
"Where is she?" Eve demanded. She had thought that Lilly was dead, just like Kate and everyone.
"Sacramento, California!"
"I know where that is!" I کہا loudly....
continue reading...
LAAW(Life as a wolf) The Hunt Chapter 3
posted by HumphreyWolf11
SPOILER: NEW CHAPTER!!!!!!!!!! TRUE WINTER CHAPTER:4

*as me and Kate were getting ready for the hunt I felt a surge of hunger I thought if I should ask Winston یا hutch about this*
“Hey آپ ready?”Kate says
“Yep Im ready to take the stock down!”I say
*Oh and we used tail signals as well it’s a good way to communicate without Talking*
“I never knew tails were so useful!”I Whisper to myself
*Suddenly Kate flicks her tail*
*We Jump into action I got 4 again but I wounded one Kate finished it off*
“A good breakfast!”I say
*I Freeze as I hear a noise…It’s a tv*
“Kate do آپ hear that...
continue reading...
Chapter 1: The Train Ride
posted by MarvelousAlpha
Chapter 1: The Train Ride

Kate woke up after a peaceful night of sleep and stretched before walking over to the entrance of the cave to see Humphrey and Garth on their way over. She walked back into the cave and put her paw on Lilly's head, gently shaking her, "Hey, Lilly. Wake up, Garth is almost here."

Hearing Garth's name made Lilly sit up and push her hair away from her eye. Ever since Garth کہا her eyes were beautiful, she kept her hair from blocking her eye. Lilly and Kate woke up their parents and کہا they would be back in a couple days and explained that they were leaving with Garth...
continue reading...
My A&O sequel idea: Chapter 2 - The Lawnmower, The Betrayal and the Bounty Hunter
posted by Chrisbot6
Warning: Mild language.
Also, my سیکنڈ name isn't actualy "Dent".

Chris's science project opened the door for him as he got home. "Evening, Chris. آپ seem stressed." ROMbot said. The robot was a small, floating sphere with hydraulic arms and a face that looked like they'd been tacked on سے طرف کی a first grader.
"I am. Take a look at this."
He handed over the note.
"Cool. Where'd آپ get it, a joke shop?"
"ROM." chris half-shouted. "This is serous!"
"This COULD BE serious."
"I'm not taking chances. آپ know me."
"I could sum آپ up in two words, yes."
"Really?"
"Yes. Paranoid Prick."
"Thanks. That's put me...
continue reading...

3
Good بھیڑیا Commercial
added by thehumphrey
Funny
video
wolves
funny
The دن the earth dies (WW3) Part 2
posted by crazyryan123
The اگلے دن Kate screamed Humphrey woke up and saw her at the front of the den. "What`s wrong Kate" "LOOK." Humphrey saw the valley wrecked with people tanks helicopters and guns. They could`t believe their eyes. They then ate some caribou With Kate at Humphrey`s side. "Humphrey" "Yes Kate" "Before something happens یا if somethings happens I wanted to ask آپ something." "Well what is it?" "I want love." "what do آپ mean I love آپ alot." Following that Humphrey cuddled with Kate. "OK OK I want pups." "Oh no no no I cant we cant have a pup in this war." "Look outside!" "Well I want them...
continue reading... 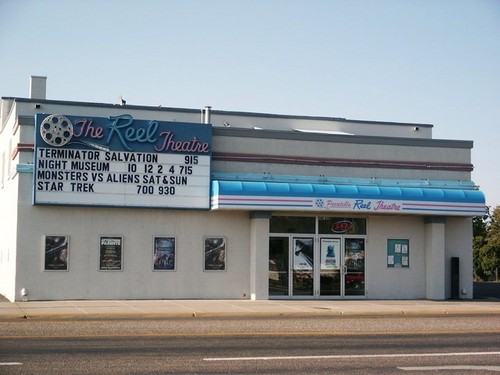 2
The theater where I saw A&O for the first time
added by katealphawolf
Source: google تصاویر 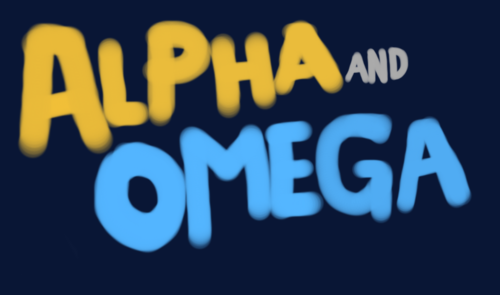 First Alpha and Omega painting
added by TheChriZ1995
Source: Made be me
1
No Place Like Home; Chapter 5 - A Certain Death
posted by EightySix
As Eight stood there, paws frozen to the ground, prepared to face what was sure to be the fight of his life, and the last one at that, he struggled to keep his thoughts in check and his breathing in pace.
This cat was no joke, she'd rend him from on end to the other and this was not a happy thought. Most normal issues, even dire ones, Eight would easily find himself fighting his fear with a conversation, garnished lightly with jokes and as much light heartedness as he thought he could get away with. Sometimes it alleviated the issues, diffused a problem یا took a friend یا loved one's mind...
continue reading...
Alpha And Omega: Shadow Of A Past Chapter 4
posted by ShadowCodeX17
Shadow Of A Past
Chapter 4
Troubles a brewing


It is now early fall, And Shadow has been going back to train with Nonvul Grohiik. His aunt and cousin both Know of his Training. He Is still Try to hang with Sarah. But sapphire has proven him self to be a nuisance, constantly Bullying Shadow. Shadow is about 19 now, which is preteen Now.

My Pov:
"Shadow come here!" Yelled Aunt Faith. "Yes ma'am?" I answered. "I need to tell آپ about your Mom and sister." I knew that I was close to the age to be told. At least thats what I thought.
"Ok! Tell me everything. Don't give me No censored crap I want...
continue reading...
1
Alpha and Omega - Legend of the Shape Shifter (Chapter 4)
posted by TheChriZ1995
Dustin's POV

I awoke in my ماند, خلوت خانہ to find that it was morning, the sun was shining into my ماند, خلوت خانہ illuminating it. I got up on my paws and stretched, I could hear some commission going on outside so I decided to have a look. I walked out of my ماند, خلوت خانہ and found Hutch along with Candu and some other wolves talking about something. 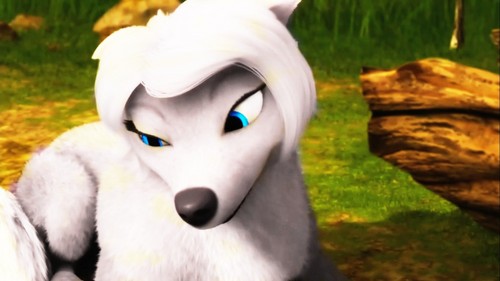 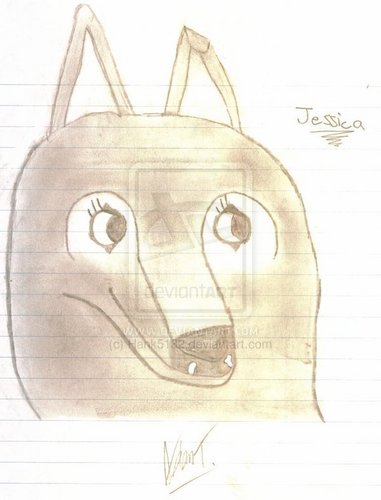