-Tell me what ? - asked Booth as he was walking in.
-Dr.Brennan Hodgins did some test's with the particulata's of earth where we found the body - Ashleigh stopped اگلے to Booth. Looked at him, then looked at Brennan. - ...is there something wrong ?
-No, go on. - کہا Brennan
-Whoa, whoa, whoa... - started Booth furiously
-Horse. - interupt him Brennan
-Stop it, - he کہا waving his hand in front of Brennan's head and he turned to Ashleigh - what's going on ?
-Well, dr.Brennan hired me, and I asume آپ have a problem with it ?
Booth thought for a moment.
-No, no ... just go on.
-Okaay... umm so here are the resoult's of the test's. - she handed the resoult's to Brennan
-Mhm... آپ can go now. - she کہا still looking at the resoult's
When she went Brennan stood up and before booth could کہا anything she stoped him.
-Please, don't be mad.
-How can I not be mad ?! - he کہا raising his voice
-Psst, quiet she'll hear us.
-Okay. - he lowered his voice - Why did آپ hired her ?
-Because she will be useful and... I need a bet to win.
-What bet ?? - he کہا angrily
-Well Angela and i bet that if she is soo similar like ou... آپ know, so I کہا there is no chance that her character is like ... آپ know...
-Ohh goood... - he said, he put his hand to his mouth, other hand on his head and slowly walked out of her office.
Later that دن Ashleigh walked into Angela's office to give her the skull for facial reconstruction.
-Here آپ go.
-Thank you.
-Bye.
-Bye.
Then ashleigh stopped, and turned again to her.
-Do آپ know... why are dr.Brennan and Booth so...
-Wierd ? - Angela interupted her
-Well, not wierd but... yeah, wierd.
-Because آپ are so similiar to them. - Angela was the whole time looking at the skull
-What ?
-Sit down, Honey, this will be a loong story.
When Booth and Brennan went to lunch at the ڈنر, کھانے Ashleigh has accidentaly found them because she was just in the way ہوم and saw them.
-Hello.
-Ashliegh, what are آپ doing here ?
-Well, this ڈنر, کھانے is on the way of my ہوم and I've got nothing to eat at ہوم so...
-Sit down.
-Okay. - then her smile turned into an evil smile
- So how are آپ two love birds ?
Booth was just at the time to take a sip of his coffee but he nearly choked when he heard this
-What ? - he کہا trying to breath some air
Brennan looked very confused.
-Angela told me everything.
-Again, what ?
-Oh, don't آپ start on me ! Why did آپ turned down him ? - she کہا turning to Brennan, and she couldn't say a word
-You know she can آگ کے, آگ آپ anytime she wants ?
-That is not true.
-What ? - کہا Brennan all of the sudden
-When آپ hired me آپ signed a papper in which says that آپ the boss and the bosses partner which is in this case Booth are responsable for me and everything I do to make some contribution and I need to follow آپ two all the time to learn something, and آپ can't آگ کے, آگ me till the end of the week.
-So, practicly... - started Booth confusingly
-I'm like you're doughter. آپ two are now my manager's. یا parent's if آپ like that more.
-Booth and Brennan looked at each other for a moment.
-I signed that ? - کہا Brennan suprisingly
-I told آپ to always look at what you're signing ! - کہا Booth angrily
-Sorry...
-So back to my subject, why did آپ turned down on him ? - کہا Ashleigh turning again to Brennan
-Hey guys ! - Hannah walked to them
-Hey ! - Booth and Brennan کہا at the same time.
Hannah kissed Booth and sat اگلے to him. Then there was a moment of silent.
-Oh, yeah, Hannah this is Ashleigh she's Brennan's new squint, Ashleigh this is Hannah, she's my girlfriend.
Ashleigh and Hannah hand shaked.
-Nice to meet you. - کہا Hannah nicely
-You too. - کہا Ashleigh even do she کہا it through fake smile
-Honey, I can't stay now I need to go to work. - Hannah کہا and kissed Booth - see آپ tonight. Bye guys.
Brennan and Ashleigh greet her and Hannah left.
-What a bitch. - کہا Ashleigh sipping a sip from Brennan's coffee


That's part three, I'll be posting مزید soon :)
Kaydie likes this
2
Bones--The Pinocchio in the Planter--Press Release
posted by tvfan5
HONESTY IS NOT ALWAYS THE BEST POLICY ON AN ALL-NEW “BONES” THURSDAY, APRIL 28, ON FOX

The team identifies the remains of a successful ad man found in the grounds of a newly built community center playground. Upon inspecting the victim’s ہوم and interrogating his former partner and employer, Booth and Brennan discover that the victim burned bridges سے طرف کی adopting an aggressive attitude toward honesty and was a member of a radical honesty support group. Meanwhile, each of the team members attempts to adopt a مزید honest way of communicating that doesn’t always lend itself to good relationships,...
continue reading...
9
One سال Part 3
posted by SCarbone
Chapter 3

Booth was preparing to hear the worst but what he heard and saw almost made him fall out of the chair. He saw Cam turn the other computer toward him and the face on the other monitor brought a smile to his face. As he کہا “Bones” he heard “Booth” coming from the other computer. What he saw was the image of Bones on the screen. He grabbed the edges of his monitor as if to grab hold of her. He did not want to lose that face. They both started to talk at once.
“Bones are آپ all right?”
“Booth I’m OK. Don’t worry I am in no danger.”
“OK Bones so what’s an earthquake...
continue reading...
12
Spoilers - Episode 4.07: The He in the She
posted by Addicted2TV 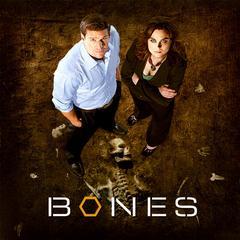 Bones. :)
♥ 09/21 - When skeletal remains are found in the Chesapeake Bay, Brennan and Booth are on the case to investigate. With only the upper torso of the victim intact, the team has little to work from besides the remnants of the victim's breast implants. Brennan and Booth are led to a small church community in Maryland where the victim was a pastor, but they have no record of her existence prior to moving to the small town five years prior. When the victim's lower half is discovered, the team realizes their initial assumptions about the victim may not be correct. As Sweets lends insight to the...
continue reading... 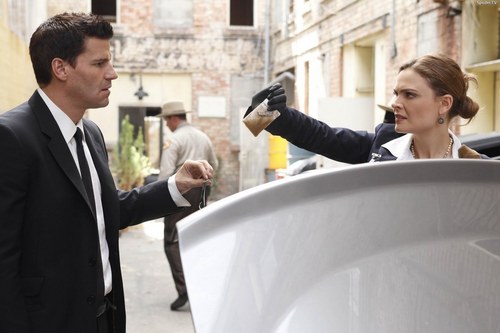 3
The Bond in the Boot
added by deedeedot
Source: bones spoilers blog 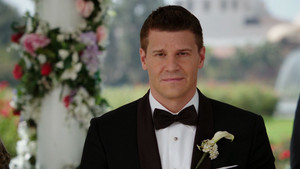 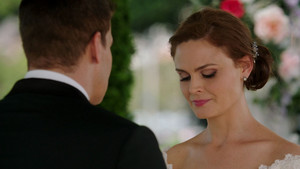 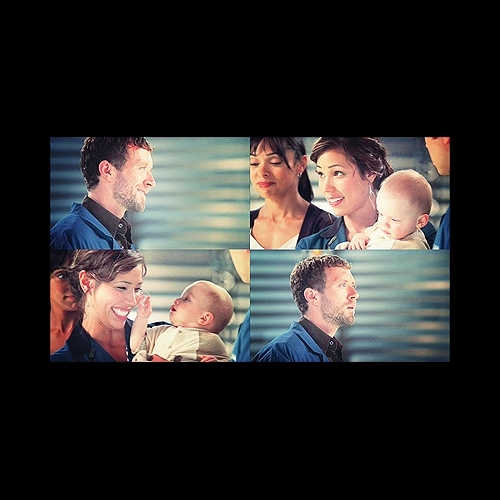 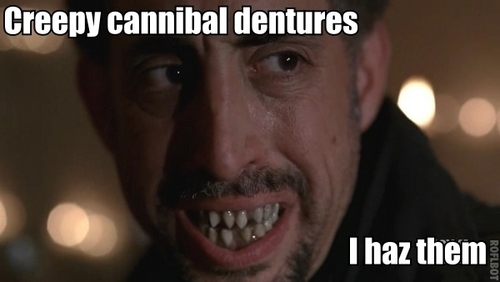 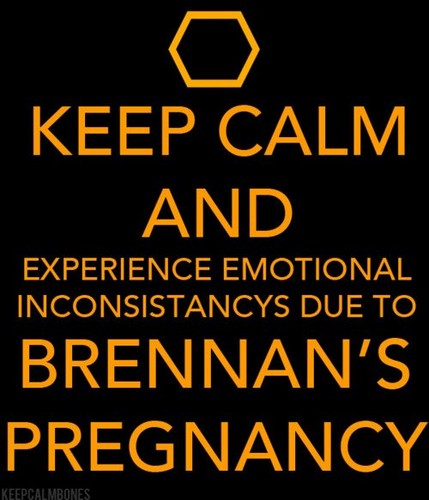 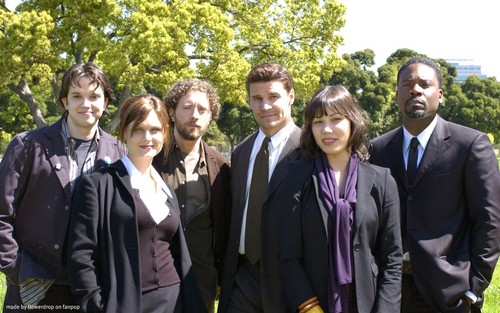 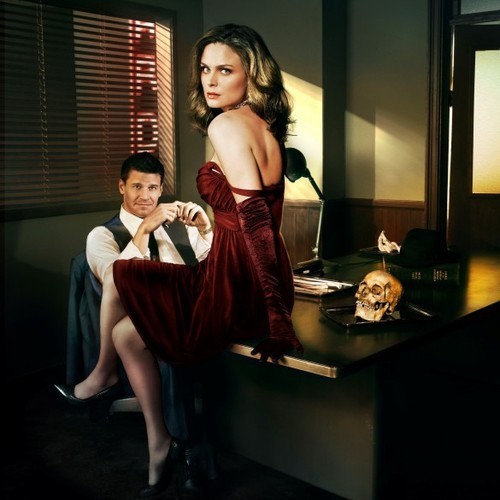 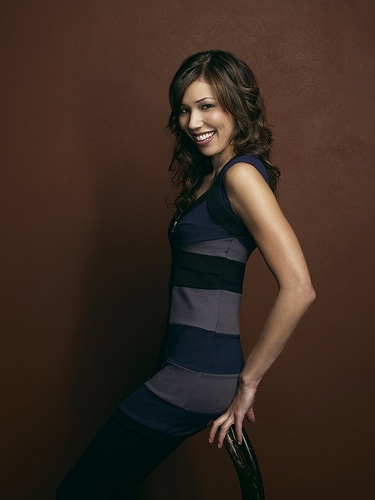 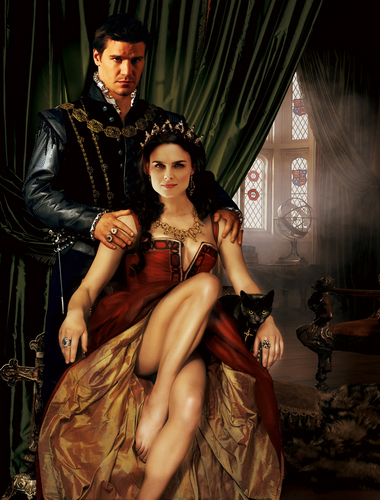 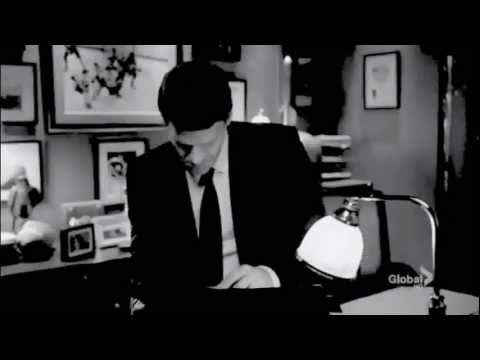