2
Tangled songs [My opinion on the songs]
posted by LisaForde2 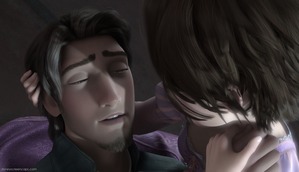 This one I have to admit was a very haunting yet touching song especially during the part where Eugene dies in Rapunzel's arms and she sings it to him to see will it bring him back to life again.

What a song I bawled so much when Rapunzel sang it for the last time.And it is sung 6 frigging times in the film.


When will my life begin/reprise

This one was a پسندیدہ of mine. Not because of the singer but its one of those songs that آپ can sing along whenever your wondering about your life and doing your chores and to keep dreaming about when will your life begin. I especially love the reprise for this song because the way Mandy Moore hits the last note literally blew me over,I was like DAMN it that girl has very powerful lungs LOL.


I've got a dream

One of the most hilarious songs I have heard,this one was all about the thugs singing about all the dreams they would like to accomplish. One wanted to be a pianist, another wanting true love,another wanting to be an interior designer LOL I feel bad for Eugene who only talks about being on an island surrounded سے طرف کی enormous piles of money.

Probably the only song that آپ would hear for a broadway musical,this one was a very distrubing song not because the one that was suppose to be used was omitted but this one was all about Gothel knowing that she is right about the outside world and that Rapunzel was clumsy,fat,and immature seriously that's Rapunzel's bloody personality for Christ sake.

The reprise was all about Eugene being a dreamboat and that he was lying to Rapunzel about taking her to see the lanterns. Seriously this was my least fav song from the movie.


I see the light

Oh this heartwarming love ballad and boy I could sing this song over and over again. Its probably one of those songs that آپ get all shivers down your spine and آپ would say to yourself the منٹ Zachary Levi sings 'if only a man like Eugene Fitzherbert would smile at me and sing to me on the گونڈولا, gondola sigh'.

Brilliant song I love it so friggin much. 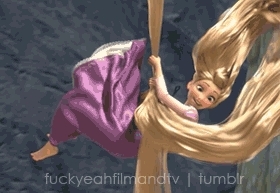 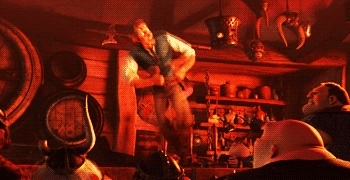 I've got a dream,yep everybody has dreams in Tangled haha 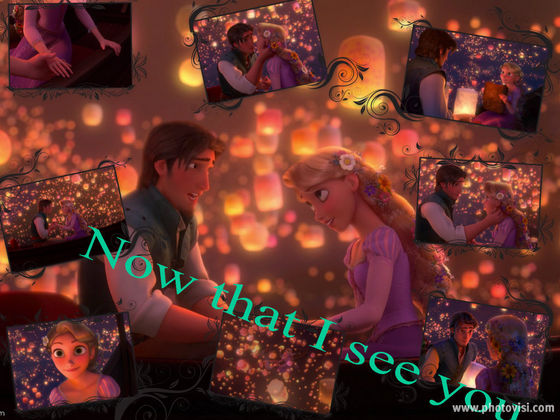 I see the light damn it how beautiful was this song.
Jessikaroo and 2cherryblossoms like this
LisaForde2 Well that's my opinion on the songs from Tangled. Any comments would be great. Hardcore Tangled fan since 2011.
Swanpride My favourite is the healing incarnation - I see it as the central tune of the movie, and am always blown away how many different meanings it becomes during the movie. On place two, there is one song and three scores: I see the light, Waiting for the lights, the tear heals (well, those three belong together more or less) and Kingdom Dance. (The latter is for good moods, the others are for emotional moods. Place three: Mother Knows Best, though more the reprise than the first part. I enjoy the play with words in that one, and the reprise is so wonderful chilling. Place four: The Thugs song. It's a good song, but truthfully, I enjoy the whole scene more than the song isolated from it. Place Five: When will my life beginn - It's okay, but it doesn't really touch my heart, though Mandy Moore does a good job putting feeling in the last lines. But overall, I think it is a little bit too upbeat for it's theme.
maryksand I see The Light used to be my favourite when I watched the movie for the first time and remained my favourite for a very large periode of time, but eventually When Will My Life begin ended up being just as loved by me, because I can honestly relate to it entirely and I know it sounds silly, but it basically describes my own life and all it's aspects (including the way I spend most of my time lol). Mother Knows Best reprise is a very strong song and I prefer it to the original part. The Tear Heals gives me a rush of emotions.
6
The Princess Party- Chapter 21
posted by AllegroGiocoso
Gaston looked instantly startled as Lady Tremaine, with a menacing stare, stared everyone down and cackled menacingly. “Now, everyone bow down to me, Lady Tremaine, your new master.”
Not anyone bowed down, and Lady Tremaine’s eyes turned ice cold. “How dare anyone not bow down to me!”
“I was the one who did all the work,” Gaston told Lady Tremaine bossily. He loaded his gun and prepared to shoot at Lady Tremaine. “Don’t آپ dare make any مزید declarations of power.”
“Oh, why not!”...
continue reading...
8
Why I've Grown To Love Merida
posted by dclairmont
At the moment I'm really obsessed with Merida. She's an absolutely phenomenal character whom I can't believe I haven't always loved, but it really bothers me how almost no one sees her the way I do. Not that there aren't Merida fans, there are quite a lot, but they, as a whole, seem to like her مزید for the trope she represents; strong, a fighter, doesn't need a man, etc. whilst that couldn't be further from the reason I love her. Much of this مضمون will probably be random ramblings یا things that I've probably کہا before, but I really wanted to talk about Merida. 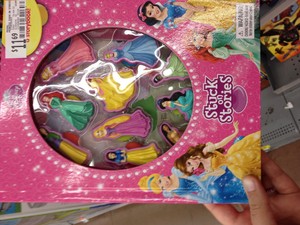 Bonjour! So basically I'm doing a فہرست in no particular order at all (except from oldest movie to youngest I suppose. What I'm trying to say is that it's not a countdown.) that shows a فہرست of my favourites from that particular movie.
Sounds simple, right? (And I also have a ranking of where that movie is on my favourites list, which is out of twelve for twelve movies.) And the captions under the pictures are my favourite quotes.

Favourite Character - Snow White
I love everything about Snow White! She's cute and optimistic and sweet, how is that not loveable?...
continue reading... 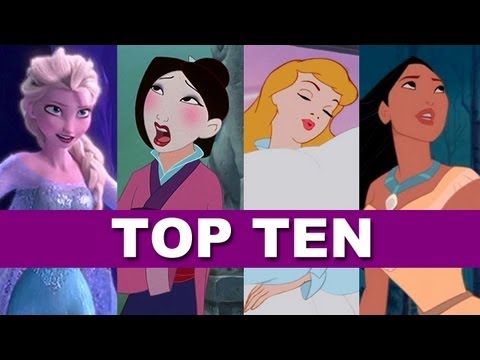 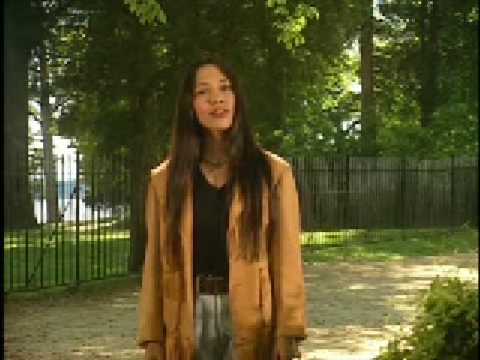 Pocahontas in Production (Part 3/3)
added by Jayden-G
This video belongs to Walt Disney اندازی حرکت Studios, and I own nothing of the video
video

Where Do I Go From Here (reprise) - Pocahontas II
added by fhghu
This is not my video! Credit: Disney.
video 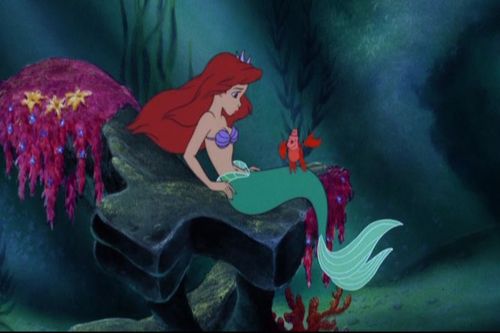 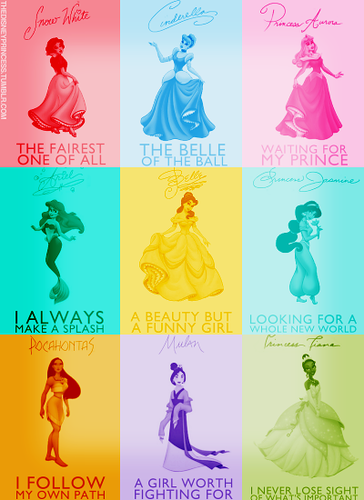 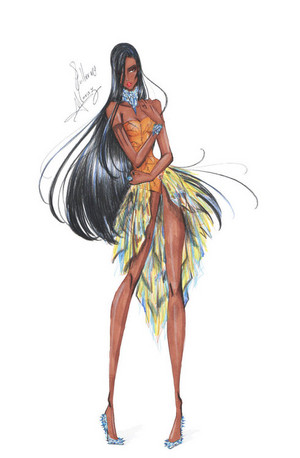 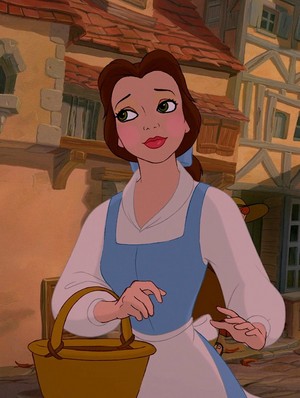 1
Beauty and the Beast (Intrumental)
added by dee389
This is taken from the Disney´s Fairy Tale Weddings album, enjoy and it would be perfect for the شائقین who are newly engaged here!
video
beauty
and
the
beast 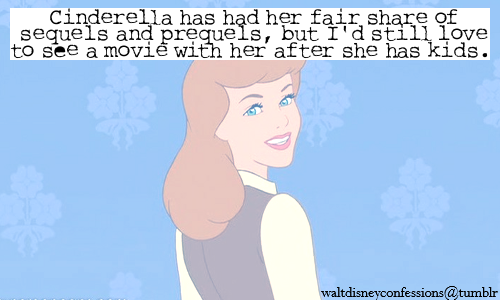 This is part three of the personality of Aurora as how I see it when I watch Sleeping Beauty; mostly chronological.

10 EDUCATED and CONSCIOUS (about PRINCESS BETROTHAL)

Aurora instantly not only understands the meanings of being betrothed and marrying a prince, thus دکھانا she is knowledgeable/educated, but also, سے طرف کی her reaction, also consciousness of their importance.