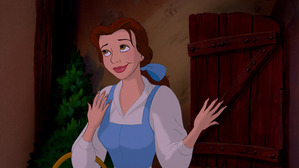 گزشتہ مضامین in the series;
link

New Update edit: I wasn't happy with Belle, جیسمین, یاسمین and Pocahontas' new backgrounds so I changed them to something a bit مزید funny.

"Ariel is an independent, headstrong and determined young mermaid. She spends most of her time outside the palace walls of Atlantica singing, daydreaming, and adventuring with her best friend فلاؤنڈر, موآ the guppy fish, and sometimes Sebastian the کیکڑے, کیکڑا who is also the royal adviser to Ariel's father. Ariel is the youngest of Triton's seven daughters and is 16 years old. She has a vast fascination with the world of humans, despite such contact being forbidden سے طرف کی Triton, who is xenophobic and forbids contact between humans and her species."

"Ariel is independent and respectable independent. Most of his time spent singing outside of the Atlantic Ocean, imagining a war with his close friend Sebastian's Crabs and Ariel's candles. Ariel is a seven-year-old girl over 16 years old. Despite the fact that Triton has missed such a relationship, he is a very attractive person, a person who does not dare to abuse him, and forbids people to relate to him."

"She is an intelligent and undeniably beautiful young woman whose traits are looked down upon in her small French village. As a result of her status as an outcast, Belle yearns to break out of the small-minded community to experience a life of adventure. Far-off places, daring sword fights, a prince in disguise, Belle longs for so much مزید than a "normal life" in this small, provincial town - a town where girls don't aspire to مزید than marrying well."

"She is a smart woman and a strong young woman who organizes her wealth in a small French village. As the person is expelled, the voice of a small team that lives in adventure is lost. Beyond the dense, special knight, Belle in this smaller region has مزید than "normal life" - there is no land in their towns."

"Jasmine is the daughter of the Sultan of Agrabah, residing in the kingdom's massive palace alongside her father, and loyal, yet overprotective pet tiger, Rajah, whom she found years before, believing him to be a spiritual gift from her deceased mother (who would tell her stories about the "star tiger" named Rajah). Because of her status as a princess, unfortunately, جیسمین, یاسمین is forbidden to ever leave the palace walls, spending her life sheltered within the confines of the royal home. Despite living a lavished life, جیسمین, یاسمین often feels suffocated سے طرف کی the laws of her kingdom, which restricts her from socializing with her subjects, as well as forcing her into unjust practices, such as forced marriages. These restrictions have ultimately prevented جیسمین, یاسمین from making any connections, as she states she's never had any real friends, aside from Rajah. The restrictions have also left جیسمین, یاسمین with the desire to see the world and experience life outside of being a sheltered princess, which would eventually result in meeting Aladdin."

"Jasmine's daughter Sulton Aghar, her father and a dragon, lived in the palace of a great king. Raju visited several years ago. His long-time mother is convinced of the spiritual gift, because her prostitute has been thrown out of the neighbor دیوار and spent her life in peace. Life is still alive, but it is usually سے طرف کی the law of the state that prohibits them from debating their social law and giving them extraordinary behavior, such as forced marriage. This prevents Jasmin from making calls, saying Ravovian is not a real friend, when he has nothing. This restriction led Joseph to take on the desire to live in the world of the world, and ultimately to be a محفوظ leader for the interview with Aladdin."

"Pocahontas is a member of the Powhatan Indian tribe that makes their ہوم in Virginia. She is the 18-year old daughter of Chief Powhatan. It is stated that Pocahontas' mother had died and that Pocahontas had inherited her strong will and free spirit. She is the only member of her tribe who is not xenophobic toward the white settlers, instead of forming a relationship with John Smith. She is respected enough that she is sent as an ambassador to England on behalf of her people."

"Pocahontas Powhatan is a member of Indian Heritage House, located in Virginia House. She is 18 years old. Pox's mother is known as Death and is considered the highest and the fourth in the souls of Paul. It's not about non-profit local people who have nothing to do with John Smith but that's the only employee of his own people. He reinforced his country as the United Kingdom Ambassador."

"Mulan is introduced as a free-spirited outcast, clumsy, and unable to follow rules, regulations, یا traditions. Nevertheless, she has a warm دل and wants nothing مزید than to uphold her family honor while keeping true to herself. Because of her society, however, this is difficult to accomplish and often brings chaos and embarrassment into her life. The driving force of Mulan's journey is the love she has for her father. When her father is drafted to serve in the Emperor's army, Mulan steals his orders and reports to the camp in his place to protect him as well as to satisfy her desire to prove her own self-worth. She was seen having difficulties with self-confidence, due to society's mistreatment towards her, as well as the pressures of the society she was born into—particularly in the lives of women. Whenever she went against sexism and injustice, یا simply handled a situation in her own, unique way (such as shouting "Present!" when the matchmaker called her name), Mulan was greeted with anger یا some form of annoyance from those around her, thus furthering her socially-awkward attitude."

"Mulan is a young man who walks free of laws, laws یا designs and disabilities and disabilities. Yet, he was an independent, loyal family, and a gift to his family. However, in your council, it is difficult to succeed and always regret and depress your life. The reason for a trip to Mulan was the love of his father. When her father was assigned to work at Emperor's campus, Mulan asked her servants to steal and protect the equipment and to make her love manifest to دکھائیں that she had the opportunity. Not worrying about social violence because of her life, she lives in the area. Time and time when not contradicting discrimination, depending on your own limitations and errors یا your own identifiers (for example, when the name of the marriage has been named "and now!") When the child is angry یا someone is avoiding problems different, will increase."
Aneris and ApplesauceDoctr like this
ApplesauceDoctr "Ariel is a seven-year-old girl over 16 years old." xD Also, I find it really funny that Google Translate seems to think Mulan actually is a guy. Perfect movie for it to make that mistake on!
ApplesauceDoctr Jasmine's updated new background sounds more adult, but also much more interesting. xD Cool that her dad is a dragon now, haha.
PrincessAyeka12 Well I tried several times with Jasmine's and most of them were adult, about the law, sexual but worse than this and political, but also like you say - interesting. But I didn't want to post any of them. I wanted something interesting that would also get some laughs. Finding something light hearted was impossible. I thought the other background was boring. Interesting, I read it as "pet" dragon like Mushu. 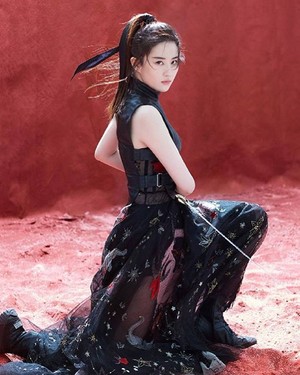 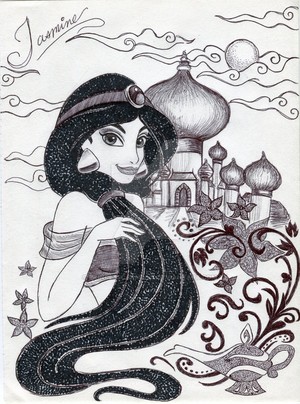 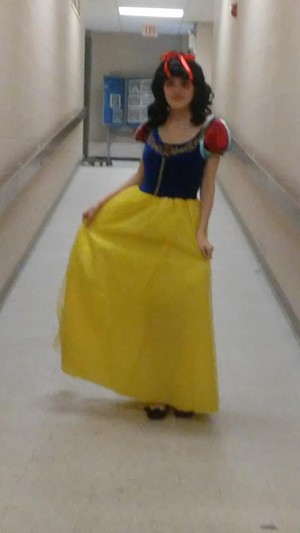 Me as Snow White
added by Winxclubgirl202
Source: Me 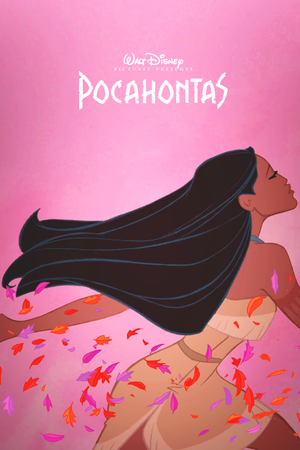 Pocahontas Fanmade poster
added by gitanita
2
JungleQueen13's Best DP Role Models
posted by JungleQueen13
Here is a فہرست of my best DP role models. The most important thing to note here is that this is very much a subjective, rather than objective, list. Rather than trying to rank the princesses according to who I think is the best role model for children یا other people in general, the ranking is purely according to how they serve me personally as role models.

Perhaps not surprisingly, Aurora lands herself at the bottom of this list. She is gentle and kind, which are definitely qualities I appreciate, however she has little else to offer in terms of being a role model. Let's say...
continue reading... 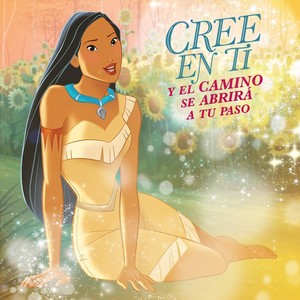 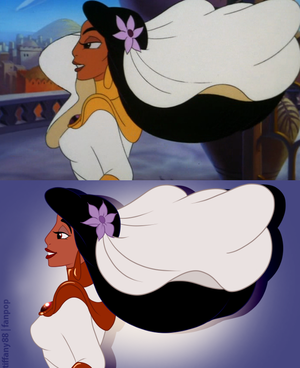 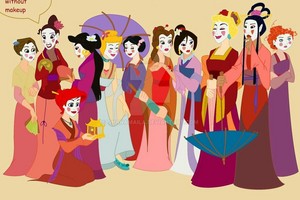 1
All Princesses Going to The Matchmaker
added by Hoffmanhaley9 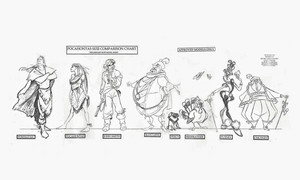 Draco Malfoy in disguise, I bet!
Well, since nobody has come up with this topic (or so it seems), I'm going to be writing about what really happen to Prince Adam's parents in the original 1991 version of Disney's Beauty and the Beast.

As royalties, I guess they died while they were doing their state visit. They were either assassinated یا died from an unknown plague, leaving the servants to spoiled their only son Prince Adam!

Upon believing that the Beast had killed their son when they return from their state visit, they ran away in fear.

The Beast Killed Them

Okay, I know this sounds morbid and...
continue reading... 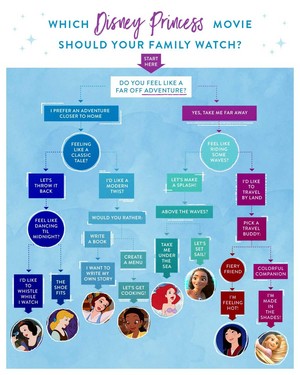 The three classic princesses
Okay, I am writing an مضمون after a long time. I suffered from the lack of ideas and imagination for مزید than 12 days ago. So, I am not in a mood to start a new series, either, Damn! So, I decided to do one short article, duh! Sorry, I am gonna do a series! I mean, duh, some princesses were horribly out of place. I mean, we think every princess is beautiful, but some are a little historically inaccurate and drawn in a wrong way. 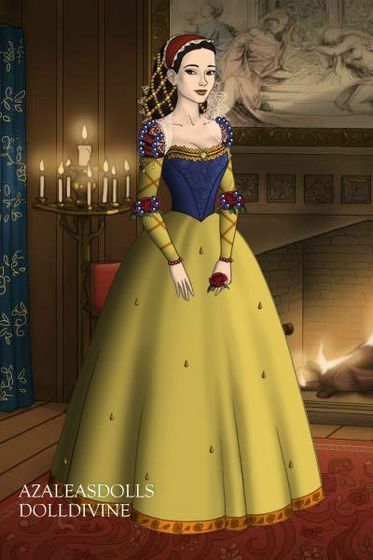 It is kinda easy to figure out where this classic took place. The dwarfs’ house is decorated with carved wooden instruments and furniture....
continue reading... 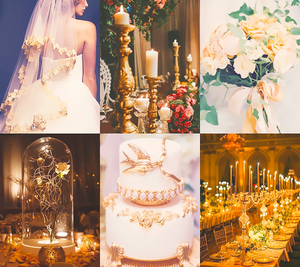 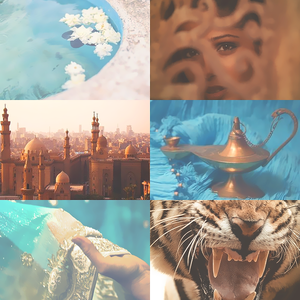 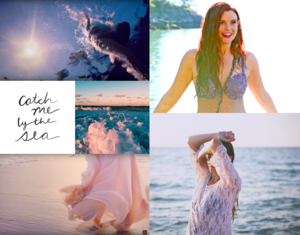 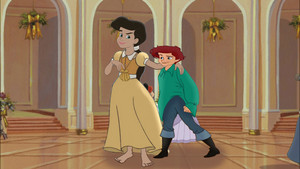 Melody and her little brother, Merrick
added by KataraLover 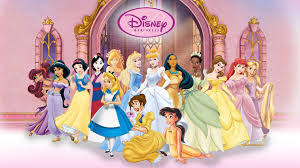