2
The Host Chapter 4 Behind the Surface (4/10)(The Vampire Diaries)
posted by HaleyDewit
Bonnie and Damon were walking down the path leading to the front door of the Salvatore Boarding House. Bonnie ironed her شرٹ, قمیض with her hands. “Listen, Damon, it took me a lot of work to make everyone satisfied with the situation. It wouldn’t do much good if آپ start spouting out the wrong things, آپ know what I mean? And Katherine doesn’t like me that much” she said. Damon looked at the sky. “Now, why would that be?” he کہا sarcastic. Bonnie knocked and five سیکنڈ later the door was opened سے طرف کی Katherine. She flew in Damon’s arms. Bonnie pursed her lips and tapped her arm. “That’s my boyfriend you’re clinging on” Katherine ignored Bonnie and let go of Damon. “You have no idea how happy I am to see you” She dragged Damon inside and shut the door right in Bonnies face. She dragged Damon further into the house and pushed him against the wall. “Okay, we’re alone. The witch isn’t here, so آپ can talk freely. What’s going on? And don’t say there’s nothing going on, because I know that’s not true” Damon stared at the door. “She can’t hear you, Damon. Only vampires have that ability. What did she do to you? Did she hit آپ with a baseball bat? I tried to call you, but she had your phone and she کہا آپ didn’t want to talk to me, because of our fight. How did she know about our fight? Did آپ tell her?” she asked insisting. Damon touched his head and groaned soft. “I didn’t tell her a damn thing” he eventually said. “She just found out… How’s Elena?” he asked. Right after he asked that another neurological pain tortured his brain, but he clenched his teeth. Someone didn’t like him asking about Elena. “Good thing you’re asking” Katherine کہا deadly serious. “She hasn’t been here since آپ got the hots for Bonnie. She called me to tell me she would live in her house again and that I shouldn’t be worried. Why would I worry about her and why would she care?” Damon frowned his eyebrows, because he was hurting and because he was confused. “Bonnie” he mumbled. Katherine nodded. “She must’ve done something with her mind, like compulsion, but witches can’t compel anyone. They don’t have that power” she کہا frustrated. “Bonnie is capable of مزید than آپ and I can imagine” Damon said. Another attack on his brain. This time Katherine saw how Damon closed his eyes and deeply breathed. “Hey, are آپ all right?” “Katherine, I need blood” he said. He looked like he could faint any second, so Katherine nodded. “Okay, just… stay here, alright? Don’t go anywhere and don’t open the door” She raced away.
“Damon, I thought we agreed on something”
Damon groaned and looked aside. Somehow Bonnie had found her way in. Not that it surprised him. “You can put that away, Katherine” she کہا when Katherine came back with four blood bags. “Damon doesn’t want to drink human blood anymore. He knows I don’t like it and he loves me, don’t you, Damon?” “ ‘Till death do us part” Damon answered bitter. A vicious smile appeared on Bonnies face. “Why don’t آپ go upstairs and pack your bags, sweetie? I’ll wait here and have a little chat with your friend” Damon reluctantly did what Bonnie asked him to. “He’s a sweetheart, really, but there’s still so much he needs to learn. It’s like I have to raise him all over again. Well, I guess I can’t turn him into a Bram Stoker’s Dracula” Katherine grabbed her سے طرف کی her throat and forced her against the wall. “I don’t know what game you’re playing, but you’re not going to win it. آپ might have Damon under control and آپ can do some mojo on Elena, but آپ don’t fool me that easy. I can rip your head off right now” she growled. “Why don’t you?” Bonnie said. “I dare you” Though she wanted to with every fiber in her body, Katherine knew she couldn’t kill the witch. They needed her.
“Katherine, let go of her” Damon کہا as he joined them with his bags. Katherine let go of Bonnie. “Are آپ seriously moving in with her?” she asked with a shot at the bags. Damon nodded. “She’s my girlfriend” he said, like he had to throw up. “Damon, آپ don’t have to listen to her” Katherine insisted. “Yes, I do, Katherine” Damon said. He lifted up his bags and walked to the front door. “But-” “Leave it, Katherine!” Damon snapped. He walked outside. Bonnie gave Katherine one last smug smile and waved. “Bye” before she followed Damon outside. Katherine flashed to the door and slammed it.
McAdamsFan and HollyMarie like this 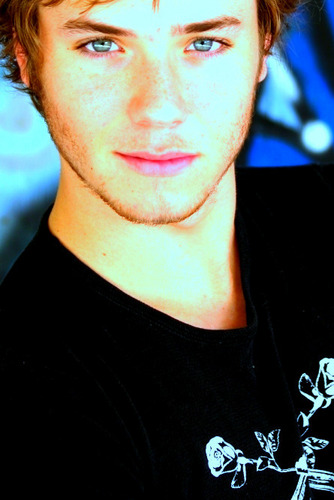 2
Charlie from "Not All Those Who Wander Are Lost"
added by marissa
1
Three's a Crowd chapter 15 The Pin-cushion (6/10)(spn)
posted by HaleyDewit
Isabel was sitting at the bar of the local pub, trying to get some information.
“Can I get the usual, Neil?” she asked casual. Neil prepared a coke zero and gave it to her. “Hey, I heard a few nasty things went down here. Could آپ tell me a little مزید about it?”
“Not here” Neil corrected her. “Outside”
“I heard some of آپ regulars were murdered. Does the police have any suspects?” Isabel asked, pretending to be just curious.
“Yeah” Neil کہا obvious. “A lot of my customers saw him provoking them here. They went after him and didn’t return. Need I say more?”
“Who...
continue reading... 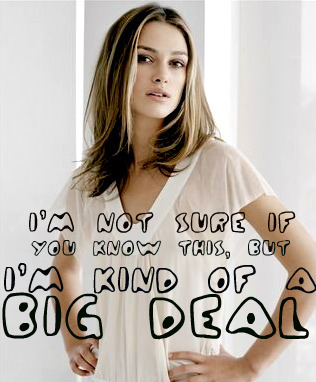 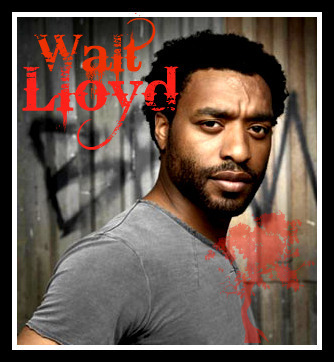 2
Walt from "Not All Those Who Wander Are Lost"
added by marissa
1
Dopple Crossed chapter 9 Complications (1/10)(The Vampire Diaries)
posted by HaleyDewit
The late September sun warmed Elena’s face and she opened her eyes. She saw Damon sitting in what looked like a very uncomfortable chair.
Perhaps Damon felt Elena’s eyes on him because he opened his. When he saw Elena was awake he quickly sat up.
“How are آپ feeling?” he asked hoarse. “Can’t believe I actually fell asleep”
“Can’t believe آپ actually fell asleep in that chair” Elena کہا with raised eyebrows. “Why didn’t آپ شامل میں me? There’s plenty of room”
“I wasn’t supposed to fall asleep” Damon کہا obvious. Elena wanted to تبصرہ on that when someone knocked...
continue reading...

2
||Fragments of Deception|| TVD
added by Holz1700
Summary: The story of Katerina Petrova, a young girl of fifteen has a baby out of wedlock and is forced to leaveBulgaria. All throughout her life people take advantage of Katherine, her story of how she became a 'psychotic, manipulative bitch!'
video
katerina
petrova
katherine
pierce
the
vampire
diaries
nina
dobrev 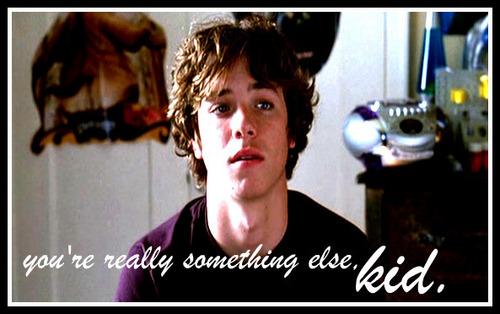 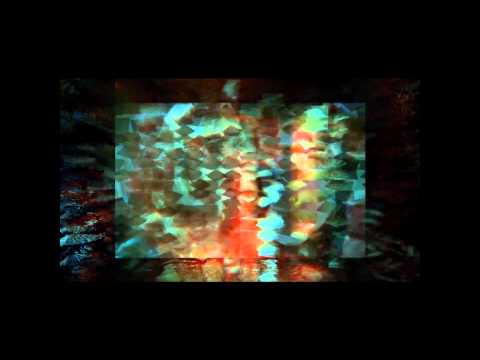 1
The Host Twisted and Trapped official trailer.wmv
added by HaleyDewit
trailer for the third chapter of my TVD پرستار fic The Host :)
video
the vampire diaries
پرستار fiction
the host
chapter 3 twisted and trapped
trailer
may 3 2012 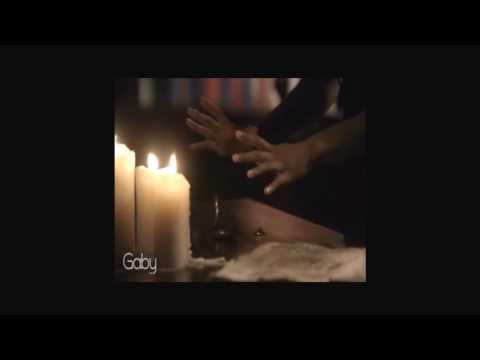 4
Update on Yaoi Hater on FanFiction.Net
added by ShadowFlame
He was resently banned and now he's back...this is me venting on it.
video
fiction
پرستار
story
fanfiction.net
rant
update 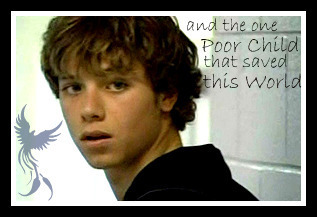 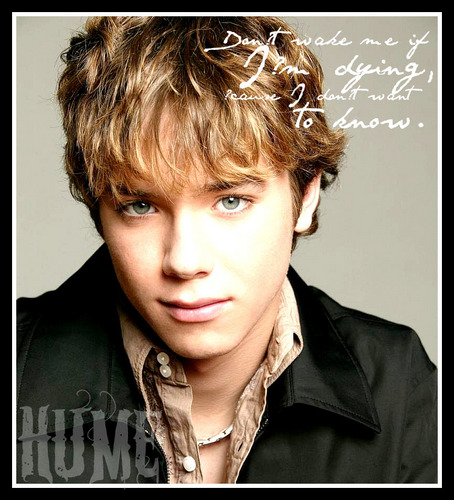 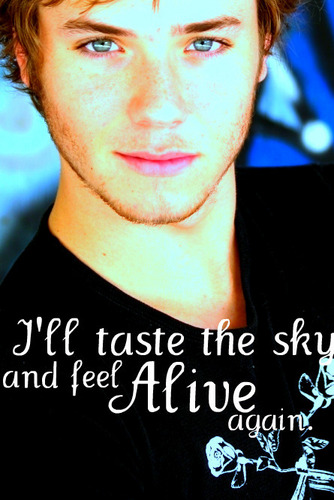 2
Charlie from "Not All Those Who Wander Are Lost"
added by marissa
1
Three's a Crowd chapter 3 Fever (8/10)(SPN)
posted by HaleyDewit
Sam opened the door to the men’s room and saw Cas sitting on the cold stony floor. Sam rolled his eyes, thinking Cas was being dramatic again, and he walked towards him. But when he’d reached him he noticed Cas’ eyes were closed.
Sam bent through his knees and touched Cas’ shoulder. “Cas? Wake up, dude” he said.
Cas slowly opened his eyes and looked at Sam. “I passed out, I think”
“Yeah” Sam replied. He threw Cas’ arm over his shoulder and helped him stand up. But the moment Sam let go of Cas, Cas grabbed his stomach and gasped for air. He bent through his knees and collapsed....
continue reading...
3
The Host Chapter 16 Like Fugitives (6/10)(The Vampire Diaries)
posted by HaleyDewit
Caroline rushed into the hospital to the reception room. “Where’s Elena?”
The woman looked up. “Can I help you?” she asked calm.
“Where’ my friend? Elena Gilbert?” Caroline repeated agitated. “She’s supposed to be here. She overdosed”
The woman looked through her files. “Elena Gilbert” she mumbled in herself. “Oh” she کہا when she found the file she was looking for. She looked up at Caroline. “Maybe it’s best if آپ talk to the doctor first”
But Caroline had no interest in talking to any doctor. She leaned آگے and pierced her stare into the woman’s...
continue reading...
3
The Host Chapter 14 Natural (1/10)
posted by HaleyDewit
Cramps in her stomach and something wet and sticky on the sheets made Elena wake up groaning. She got out of bed, her hands on her stomach. She turned around and screamed. Both of the Salvatore brothers came rushing to her room, but as soon as they saw the blood, Damon pushed Stefan aside and locked himself in, the moment Stefan’s face turned. “Oh, come on, dick!” Stefan کے moped, موپیڈ as his face changed back.
Damon walked to Elena. “Are آپ alright?” he asked feeling awkward. Elena heavily shook her head. “No, I’m sick. My stomach hurts and I’m bleeding” she looked up. “I’m dying,...
continue reading...
4
Mama! (Lord of the Rings fic)
posted by DarkLordSauron
Shagrat ran as fast as his little legs could carry him. He could hear the sounds of the Men gaining on him, and he wished for all it was worth that he was just a bit bigger, یا faster, like his brother. His brother! Of course! Isthey would save him. Isthey always saved him. یا his mother did. Surely this was no different.

"Isthey! Help me!" Shagrat cried as he went up over the small hill…

…And found himself running straight at another group of Men, just as large and fierce as the ones chasing him. He let out a shrill cry of alarm.

"Mama!" Shagrat cried as the two groups closed in on him, preventing...
continue reading...
2
What Happened in Colorado chapter 12 Purgatory (7/10)(Supernatural)
posted by HaleyDewit
Dean an Jo had successfully brought Sam to the cave.
“You know, the goal was to get me out of here, not to get yourself in” Dean کہا and Sam shot him an annoyed glance. “Sorry. So, where’s Cas?”
“I don’t know. I haven’t seen him. I thought he was here, with you” Sam said.
“Figures” Dean کہا bitter. “Son of a کتیا, کتيا doesn’t have the guts to دکھائیں his face anymore”
“I’m sure there’s a reasonable explanation” Sam کہا uncertain. He didn’t want to believe Cas had betrayed them again. After all, Cas had healed Sam from his mental illness.
“Yeah, right now I...
continue reading...
More Cards
1234567891011