پہلے زیادہ سے سال ایک Italktosnakes said…
Has Best gone to Bed. Is there anyone else here? Cause I want to tAlk non-HP, but everyone here is new, therefore probably hates the non-hP talk :L x

پہلے زیادہ سے سال ایک Italktosnakes said…
Also, on a HP note, the banner is really annoying me. The twilight side looks nice, but the HP side looks a bit messed up :L x

Er, if you'd gone back and read the last 40 pages or so, you'd see that we noobs have been OT plenty of times.

"1.herry ptoter is soooo tottaly ovr"
Soooo totally not. Rowling has set up a Potter website and as long as she's alive, Potter will never die. Rest assured, once Twilight is over, no one will care about it anymore.

"2u cna undrstand bellas probblems bcuz ther abt hr boyfrend n any1 ho hav a boyfiend noes how she fell. hery potrs problems r only abut magik."
But that's the thing. Her only problems are about her boyfriend. Not only does she have a perfect life, but is also obsessive about Eddie.

"3.bella hav a famly so itz not as sad"
Again, Bella has the perffect live. No one has a perfect life in reality.

"4.the authr isnt as rich so she iz nicer 2 poor ppl
my bruthr saw wut i rote n he told me that i shudnt call ppl mean or st00pid so sorry that i sed that 2 u guyzz."
Wrong, wrong, wrong! Joan Rowling takes huge amounts of the money and donates them to charities while Meyer hoards every cent she's got. But I really shouldn't judge since I don't know her; why don't you admit the same?

پہلے زیادہ سے سال ایک pokerface22 said…
Hey, sorry I disappeared. Playing in the pool with my two galfriends. They love Twilight, so we were playing that. I pretend to like Twilight. I'll argue with gaycheese in my next post.

Will you give up already? We mhave already proved all of your reasons wrong, and just because you won't stop doesn't mean we will just go over to the icky, sparkly side.

I don't have a boyfriend. And even I can tell you that no one can relate to having a perfect, vampire boyfriend who fell in love with them the second he saw them. I can relate to Hermione. I can relate to Luna. (I'm the smart "kiss up" and I'm really weird and missunderstood.) I'm not being biased, but I really can't relate to Bella, a perfect character, in any way.

It makes her more perfect. Her only issue is her boyfriend! That is a main thing in Harry Potter: When Harry was a baby, Voldemort killed his parents. It had a backstory. There was a reason. If he had a family it would make no sense.

Oh. My. Gosh. J.K. Rowling started writing Harry Potter on NAPKINS. The only reason she's rich now, is the small story she started in a coffee shop on a napkin. That developed into a GREAT story that sold amazingly. Then they made the movies which sold great as well. Plus, J.K. Rowling has donated to soooo many charities. How many has Meyer donated to? Hmmm?

"my bruthr saw wut i rote n he told me that i shudnt call ppl mean or st00pid so sorry that i sed that 2 u guyzz."

Pokerface: Lol I've done that too! I have a really close friend who is obbsessed. Preach!

Pottermore, fanfiction, we are playing a video game (DHp2) on our wii as I speak, averagewizard.com shows that people still have HP related moments, etc.

"2. You can understand Bella's problems because they're about her boyfriend and anyone who has had/or currently has a boyfriend knows how she felt. Harry Potter's problems are only about magic."

Nobody can relate to that. I have had a boyfriend before, and when we broke up, I didn't mind, and since he was a player, neither did he. Harry's problems aren't just magic, as you stated below. You showed one of his problems, contradicting yourself.

"Bella has a family so it's not as sad."

Plenty of people are orphaned, my mom and my uncle (her brother), for one... er... two... Of course, they had their grandma, but whatever! Bella dumps her parents aside. There's a quote from Twilight, I'll do my best to recall: "It'll be rough, being a vampire, but after a few decades, everyone you know will be dead." Yeah, great having a family...

"4. The author (Stephanie Meyer) isn't as rich so she is nicer to poor people."

I pulled up Google for this, because I heard on one of the reasons earlier that "J.K.Rowling started off poor, and when she became rich, she donated to charities. Stephanie Meyer was already well off when she created the Twilight Saga, and she's kept every last cent." Google:
J.K.Rowling
Her life now is, naturally, very different from the hand-to-mouth struggle of the days before Potter was published. Back then, she famously nursed cold coffees in an Edinburgh cafe for hours as she wrote, her daughter Jessica sleeping in a buggy beside her. She subsisted on £70 a week benefits, and her flat was infested with mice.
It also says she used plenty of money for herself and her family, but she still gave to plenty of charities.
Source:
link

Stephanie Meyer:
Well, my strategy here was to find what they were like before, and what nice things they had done, then the source, but the first two are blank.
So source:
link

"My brother saw what I wrote and he told me that I shouldn't call people mean or stupid, so sorry that I said that to you guys."

SEEKER6:
Yeah, I play Alice because she's one of my favorite characters. You know, we have a lot in common! BUDDY! You're awesome-er than most of my friends. Twilight lovers, people who haven't read Harry Potter, and one who hates anything that's bad for the Christain soul. She flipped out on me for having HP, Encyclopedia of Mythology, and horror books with things such as ghosts on my bookshelf.

XD lol BUDDY! My friend is in love with Edward and has a Edward "make-out corner" O___o it's pretty weird! lol Your awesome-er toooooooo! XD I have a friend who flipped out for me having HP, Percy Jackson Series, and like Goosebumps or something.... I tried to explain to her it was only fiction but nooooooo :)

پہلے زیادہ سے سال ایک Lunalovely said…
^^You read Goosebumps?! AND Percy Jackson? I LOVE those. They're a right side better than Twilight

پہلے زیادہ سے سال ایک pokerface22 said…
WHOO! And thanks, Seeker! AND WHOO! TO STARKID! I love Starship! And Junior! AVPM, AVPS, MAMD, LWL, Starship, I cannot wait until their next Musical. And SEEKER6, like I said, you are coming more and more alike me with each post!

پہلے زیادہ سے سال ایک StarKidWeasley said…
Wrock is amazing. And I laughed so hard in the link for Meyers "charitableness"

پہلے زیادہ سے سال ایک StarKidWeasley said…
And there better be A Very Potter Threequel once Darren gets a break from Glee. BUT WILL HE? He will be taking Dan Radcliffes spot on Broadway for at least 3 weeks once Daniel leaves.

پہلے زیادہ سے سال ایک pokerface22 said…
I hope so! And I hope they do make a Twilight Musical, to see how it turns out. And I know there's already a Twilight Musical, but starkid would be so much better at making it! I am watching Vampires Suck right now, I love it so much! And I love MoM, the House Song is my favorite!

If they made a Twilight musical....... I just can't picture them doing that. But Joe Walker or Joey Richter would do well as Eddie, eh?? They could make it SO FUNNY! And LAuren Lopez as Bella cause Draco ni AVPM acted a LOT like Bella... rolling and moping all the time. XD

پہلے زیادہ سے سال ایک StarKidWeasley said…
I once imagined that I could be a wizard who came across the Cullens, and thought that they were rubbish. I totally pwned them. :) And once I literally had a dream that I was watching twilight but ramdomly Voldemort just popped in, said " You again?" and killed him. XD

پہلے زیادہ سے سال ایک pokerface22 said…
Lol xD Your dreams are awesome! That would be so cool if that happened!

پہلے زیادہ سے سال ایک FawkesTears said…
I was talking about the fanfic, but I think I found it.

Alice if you're reading this then I'm sowwy, I wasn't here, but message me if you want to talk :P

پہلے زیادہ سے سال ایک Gred_and_Forge said…
Aw Accio. I don't even remember if I was an original, but I know I was here a long time. First generation x]

پہلے زیادہ سے سال ایک harrypotterbest said…
You were here a LOOOONG time Gred, but rarely at the same time as me :(

I'm on here about 6 hours after failing YET AGAIN to enter Pottermore :S

But if I don't make it within these last two days, I could wait again for October ;) *(I guess)*

پہلے زیادہ سے سال ایک pokerface22 said…
It's okay, Tracey! You'll get it! By the way, what was the clue this time?

پہلے زیادہ سے سال ایک harrypotterbest said…
I've been here ever since I joined; this forum is in fact the reason I joined fanpop xD

پہلے زیادہ سے سال ایک Gred_and_Forge said…
Yeah, I joined Fanpop because of this spot, not the forum, but yeah x]

پہلے زیادہ سے سال ایک pokerface22 said…
never mind:
link
Is it just me, or are the clues getting easier? 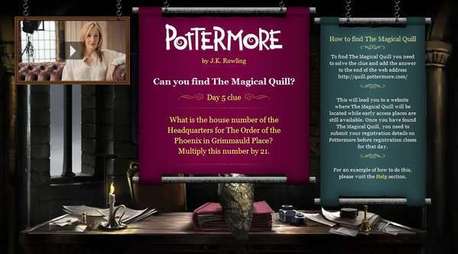 Gred, I was googling "harry potter vs twilight" and found this, tried to read through all the reasons (it took me longer than a month and I didn't even finish! xD) but then I gave up and skipped ahead :P I think I joined around page 173... not sure though :S

پہلے زیادہ سے سال ایک StarKidWeasley said…
I joined Fanpop because of this spot too.... It's my favorite one.

پہلے زیادہ سے سال ایک Gred_and_Forge said…
I actually wanted to comment on an article here from that girl who had/has a Katy Perry icon and she was saying why Twilight was better and she gave reasons and I wanted to comment, but I didn't have an account at the time x] 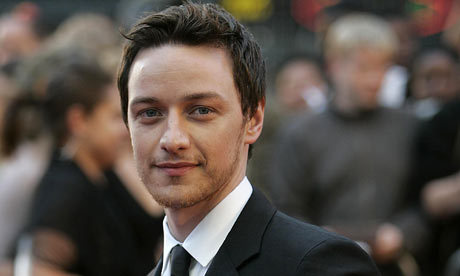 پہلے زیادہ سے سال ایک harrypotterbest said…
Do you have a link?

پہلے زیادہ سے سال ایک pokerface22 said…
OMG, me too! ^ The reason I got an account was her! Then I read all the pages and found that she had apologized...

پہلے زیادہ سے سال ایک pokerface22 said…
I see that you have actually commented on that anyway! And please correct me if that's not the one you were talking about, Gred.

@Pokerface22 I didn't get a chance to view the clue because my mother sent me into the 101 degree heat to run errands that lasted over an hour :(
But I should be cleared up for tommorrow to try again!! :)
Previous
Something to say? Sign in with one of these options:
Log in to Fanpop! Not yet registered? Create a new Fanpop account!