Norway: Sleeps like Egypt, but مزید dangerous. He always crosses his left arm over his right arm, and if someone tries to switch that position (or any position of his), he bolts into sitting position and headbutts them, still sleeping. Denmark has been on the receiving end of this many times.

Germany: He's a side-sleeper. He usually turns his back to any bedmate he might have, because he feels awkward facing someone while asleep. Plus he can pretend they aren't there.

America: Sprawled out all over the bed. Arms askew, legs in strange positions, head lolling to the side--he...
continue reading...
14
Things That Hetalia Fangirls Must Not Include In FanFictons
posted by black_amaranth
Since I've started watching Hetalia, I've read many Fanfictions and Roleplays (which I don't do myself) and I've come across very well-written, wonderful ones, some of which almost made me cry, یا made me laugh hysterically in a way that made my mum look at me in a weird way.... And, I've also seen some that were very, very, very horrible. Here is a (mini) فہرست on the things that annoy me greatly, and sometimes make go nuts/ want to bleach my brain so I can forget the atrocity that I read.

Latvia - Scorpio (November...
continue reading...
Reasons Why I HATE the Hetalia Fandom.
posted by Neko_Chan_Kitty
(Waring: These are just how I feel about the Hetalia fandom, So Please don't take this seriously! also sorry for my English, I do speak English but my English is pretty bad when I type on a keyboard..)

Now listen, there's some stuff i like in the APH fandom (Like Au's, reader inserts, ect) but I hate in the "Yaoiness" of the fandom. don't get me wrong, I respect peoples opinions on pairings یا ship the characters together. if آپ like yaoi, that's cool, we both like different things. in anime, movies, games, ect. but not all of us like yaoi in things. but PLEASE! don't try to shove your ships...
continue reading...
6
What's wrong with Hetalia
posted by BlazingFoxFire
Ok so I LOVE hetalia. It's my پسندیدہ دکھائیں ever!!!! But I think a lot of people (mostly boys) are being turned away from the دکھائیں for one major reason..... ALL the SHIPPING!!!!! I mean come on... usually پرستار girls don't bother me.... Usually. The problem is that every single person in the دکھائیں is "gay" according to many پرستار girls. Ex. Yesterday I was watching an ep. (forgot which one XD) it was the one where Italy gets "killed" سے طرف کی ejecting himself out of Germany's car.. and the تبصرے where all about how this totally means Germany x Italy is real!!! What O.o?? what did I miss??? So your...
continue reading...
10
< Hetalia Facts >
posted by Sadaf_A
< Hetalia Facts >

- I (me: Sadaf) just edited some of them. Enjoy~* :-)) and one مزید thing I am uploading this مضمون again because I deleted my other account (that is under the name fadas) and I wanted to have my مضمون in this new account of mine... okay now back to the Hetalia Facts ~*

1. The opening theme for Hetalia is the theme from ‘2001 A Space Odyssey’.

2. Old Man Fritz was actually a King of Prussia. His rea name was Fredrick ll. He was known as ‘Fredrick the...
continue reading...
2
FrUK - War Wounds
posted by pumpkinqueen
سے طرف کی ~scotchietape19

Arthur fell to his knees out of breath. He looked up at the Frenchmen that stood above him, a dull silver gun pointed to his head, raindrops plinking on the cold metal and stinging his eyes. He couldn't help but smile weakly. "After all these years..I thought that آپ would be the one on his knees begging for mercy, Francis..." England tried to reach for his gun but stopped - what was the point? 'I'm going to die anyway...' the thought as an old memory began to play in the back of his mind.


It was a warm spring دن and Francis was about to give up on Arthur - he was a hopeless...
continue reading...
1
Hetalia Season 7 Announced
posted by Ryuuto013
Good news, fellow Hetalia fans!

Here's what has been revealed so far;

- World Stars is planned to start airing in April 2021.

- The adaptation is being made سے طرف کی Studio Deen, the same studio that made the گزشتہ seasons.

- All of the voice actors for the Axis and Allies are returning. مزید characters will be announced later.

- The designs are the same as the ones used for The Beautiful World and forward.

10
فہرست of Hetalia Relationships(CANON ONLY!!!)
posted by SymmaGirl2
Yep! No fanmade stuff here, folks, I'm going to try to فہرست all the relationships in Hetalia! This includes who hates who, who's related to who and how, who has a crush on who, everything that involves two characters interacting! Please remember that I'm ONLY putting in stuff that is true for the original work. I don't care if آپ think Poland has a crush on Cuba یا if آپ think Canada loves France. If it's not true in the original work, it's not being put here. Please remember that there's a high chance that I'll miss a bunch, so please put a message in the تبصرے if I forgot one یا if I...
continue reading...
You Might Also Like... 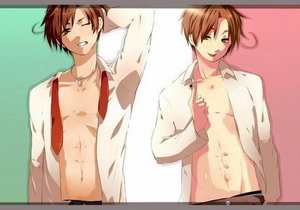 I made a round of the 10 most hottest in hetalia.
Here are the participants that were elected. (not سے طرف کی me, سے طرف کی people.) 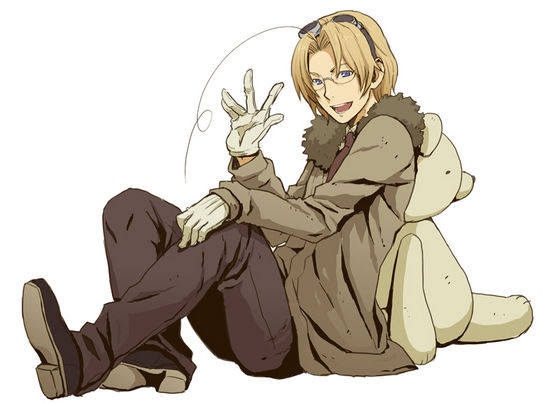 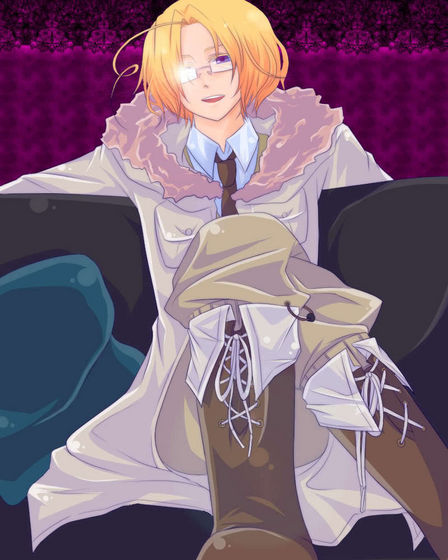 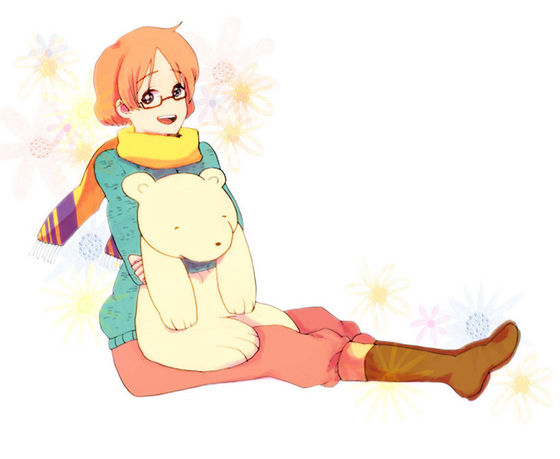 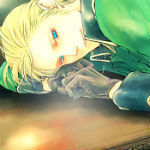 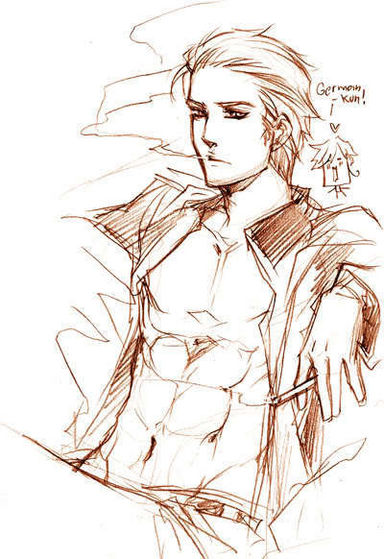 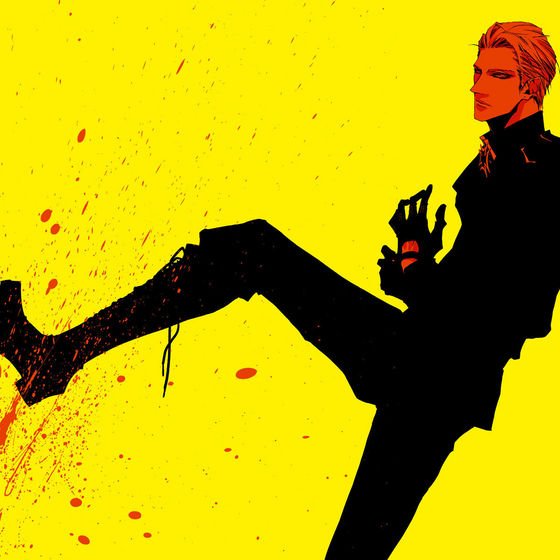 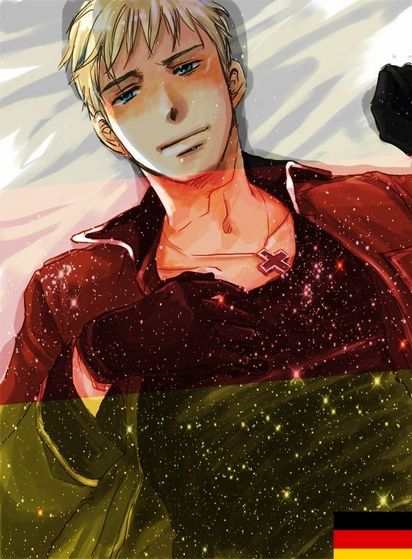 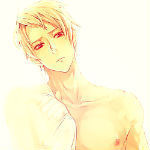 America: No official یا suggested names سے طرف کی Himaruya. In the Japanese fandom she is referred to as Emily Jones, although some English-speaking have named her Amelia.

England: Both شائقین and Himaruya alike refer to her character as Igiko in Japan, although that's not really her name. Her official name is Rosa. But she was دیا the name Alice Kirkland in the Japanese fandom, although the English fandom sometimes calls her Elizabeth یا Victoria....
continue reading...
45
Really Hetalia fandom.....really?
posted by hetalianstella

This may not be the best place to post it but this is something I feel the need to share and see if there's anyone else who feels the same way.

I love Hetalia, but there's stuff in the fandom that tends to ruin the whole thing for me. So here's my فہرست of things that annoy me about the Hetalia fandom.
Note: I do respect my fellow Hetalians and I'm sorry if this offends anyone in any way, it wasn't meant to.

1) Hetalia is a COMEDY! Not a World History class! Yes at times it does teach آپ some pretty interesting stuff, but it's meant to be told through an inaccurate, stereotypical, comical portrayal....
continue reading...
8
<Hetalia Facts>
posted by fadas
< Hetalia Facts >

The ذریعہ for these information’s are from:
link

1. The opening theme for Hetalia is the theme from ‘2001 A Space Odyssey’.

2. Old Man Fritz was actually a King of Prussia. His rea name was Fredrick ll. He was known as ‘Fredrick the Great’ and named ‘Der Alte Fritz’ which translates to ‘The Old Fritz’. He was the ruler at the time of the Silesian War. He was best known for being an Amazing Military Leader.

3. Sweden is homosexual but only towards Finland.

America received the name Alfred F. Jones (アルフレッド・F・ジョーンズ, Arufureddo F. Jōnzu). "Jones" is one of the most common surnames in the United States. His last name could also refer to the action movie hero Indiana Jones, as America once stated that one of his own hobbies is archaeology.
"Alfred F." is most probably an allusion to Alfred E. Neuman; the "F" in his middle name possibly inspired سے طرف کی John F. Kennedy,...
continue reading...
6
All Possible Hetalia Pairings
posted by T045tToastToAsT
All possible Hetalia Pairings. These are all the hetalia pairings that would make sense in any way (meaning they have history with each other, in the slightest way)

I hope this will help people that are stuck on character portrayal, because believe it یا not, that's one of the hardest parts in roleplaying and fanfictions. I'm going to take each character, one سے طرف کی one, and write about their personalities. I'll do my best to make them short and to the point, yet informational....
continue reading...
19
Funny Quotes
posted by Firebender-16

"Am I Catholic یا Protestant...? God, I don't know..."
-Britain (after having a little too much to drink), Hetalia: Axis Powers

"You don't know me! I'm the United bloody Kingdom and I can held my locker better then آپ any day!" (Britain)
"Dude, calm down!" (America)
"Shut up!﻿ I felt bad about how old frog-face was treating آپ so I saved your ass. I thought maybe we could be دوستوں and bond over our mutual hatred for France. But uh-uh. آپ didn't want to be دوستوں with me! آپ just wanted to tell me what to tell آپ what to do, and آپ didn't know what to do anyway! I think that's total bollocks!"...
continue reading...
4
Hetalia: A Racist Anime?
posted by SymmaGirl2
Recently, people have been debating on whether یا not Hetalia is offensive and racist. This argument is rumored to have started when word of South Korea not being in the عملی حکمت started popping up all over the Internet. People started asking why our پسندیدہ Korean pervert wasn't going to be shown in the anime, and it was revealed that the South Korean government actually complained that the representation of a South Korean stereotype was racially offensive. Eventually, شائقین of Im Yong Soo began complaining over the Internet on how it was childish and stupid of the government to complain about...
continue reading...
4
Always have, always will
posted by pumpkinqueen 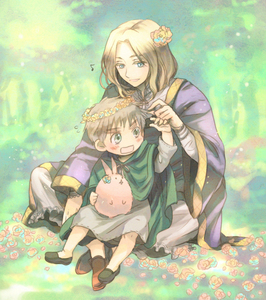 This was the first FrUk story I ever wrote, I wrote it almost a سال ago. So, I hope آپ enjoy it. I always get worried when I write these, I hate messing up the characters. So I hope it's not to cheesy یا OC. ^^;

Arthur stares at Francis a bit annoyed and angry, he bit his lip hard, ".....I..I can't believe you!! I heard about your little relationship with Antonio.....you fucking....betrayer! I can't believe I trusted you! I thought I would give آپ a chance and finally go out with you, but I guess I was wrong. You're a fucking cheating bastard!!!", He growled.