But this was--none of the aforementioned.
Witnesses have called me crazy, believing and claiming that I was far past insanity. Some thought it was best for me to return back to the asylum--

I don't think I'm crazy. I'm insane--in a reckless and juvenile way. But I'm not crazy.
It's nothing I can explain. Only something I can دکھائیں you. Picture in your mind. Help me out with this--

The only conclusion I've come to is:


House had been released from Mayfield, not too long ago. Working on retaining back his license, for the time being he was put under a watch یا probation, within a six ماہ period to determine whether یا not he was mentally stable enough to return to his job at Princeton-Plainsbro. At the end of the probation, the board and یا panel would decide. For now, House needed to appear sane, in no doubt he was, but most of his actions sometimes کہا otherwise.
Since his return, the only person to really avoid him was Cuddy. During his absence, Wilson eventually informed her about everything--she however already had a feeling--with House's consent. Since then, she has refused to talk to him, let alone look at him, unless necessary.
Everyone else welcomed him back with open arms.

House was now dead asleep on Wilson's سوفی, لٹانا in a semi-darkness. The fluorescent lights in his room were off, but a dim lighting from the outside seemed to illuminate the room. Dressed in what seemed to be fairly casual clothing, he rested soundly on the couch. What woke him up, however, was the friendly cunning oncologist we know as Wilson. He walked in casually, omitting House from the scene as he dealt with one of his patients. House jerked as Wilson spoke in a loud tone towards her. He sat upright and realized he was dealing with a patient. At first he rubbed his eyes trying to regain consciousness, and he did a سیکنڈ take on her.
She looks young. She's pretty. Very guilty of such, he thought. And as he examined her from head to toe, she gave occasional smiles and glances back at him. After Wilson dismissed her, she smiled at him again before closing the door.

"File," House called out. Wilson tossed the file over like a frisbee, and House examined the file.

"She's lucky," he finally کہا tossing the file back to Wilson. "you rarely catch ovarian in stage I یا II."
"That's what I کہا to her." he replied apparently busy at his desk.
"Where's Foreman?"
"Why آپ ask," Wilson said, apparently uninterested.
"Passed سے طرف کی the office."
"Well, not that آپ would care, his mother passed."
"What'd she have?"
"Alzheimer's finally caught up with her and she developed pneumonia."
"Is that why he left yesterday?"
"He had gotten a phone call from his father." House had a tense face on as Wilson fixed around at his desk. He was preparing to leave again.
"Mommy put آپ in charge? یا did he ask آپ to take over?"
"Cuddy."
"How is she?" he asked with a slight concern in his voice.
"She's fine. She just doesn't want to see you," Wilson retorted opening the door. House followed him back to what was now Foreman's office, to watch the differential take place. He didn't stay in the outer office with them all, but he sat in his old recliner and watched them hard at work through the windows. Looking around his old office, it seems that Foreman was reluctant to change anything around except whatever was on the desk. From what he remembered, nearly everything looked the same. Within منٹ of the differential, Cuddy walked in and began talking to all of them. Informing them on the patients worsening condition. Wilson had refused to allow House in on any of the cases, due to his probation protocol, but every now and again, Wilson would ask the occasional "hypothetical" question.
Before Cuddy had left the room, a quick glance had been thrown his way, and she immediately turned the other cheek and walked out. Things still hadn't been worked out between them. To mend this, he decided to follow her. Wilson looked suspiciously at him as he limped after her--he knew he would do something stupid.
Upon entering the elevator, House encountered a man. The doors closed, before he addressed him.

"Are, آپ Dr. House? Dr. Gregory House?" the man asked. He was an inch shorter than House, and had beautiful round brown eyes, and short hair. His smile looked crafted, almost too perfect. Curious of what he might say, House replied to him.

"Yes."
"It's a pleasure to finally meet you, I'm Michael, Michael Travis."
"Am I supposed to know you--?"
"No, but I figured Allison would've mentioned me."
"Allison as in Allison Cameron?" he asked suspiciously.
"Yes. Do آپ happen to know where she works in this hospital?"
"She manages the ER, why are آپ her secret love affair یا something?" he asked sarcastically. The elevator doors opened and the began to walk out.
"I'd talk مزید but I have to head out, God's calling."
"Are آپ some kind of alter boy یا something?"
"Let her know I dropped by? Michael Travis." House gave a curt nod and they parted their ways out of the elevator. Moving for the clinic to find Cuddy, he glanced back as he pushed through the doors of the clinic, but he was already gone.
Then what seemed to be out of no where, Wilson had pulled House aside.

"Do آپ want her to hit you? Because she'll do it."
"Who," House asked, distracted.
"CUDDY."
"Right."
"Can آپ focus?"
"What's Cameron's brother's name?" he asked, still staring at the entrance doors outside the clinic.
"Jared, why?"
"You know a Michael Travis?"
"Don't think so. He know Cameron?"
"He asked for her. And he knew my name."
"I'll ask her, اگلے time I get a chance. But right now I suggest آپ get your پچھواڑے, گدا upstairs before she sees آپ down here."
"Right." they both walked out of the clinic and headed for the elevators. The only thought he could process was the name Michael Travis. Why was it so significant that he had known his name, and how he connected to Cameron.
AwesomeHippie, HouseJr and 3 others like this
18
This spot is amazing!
posted by Olivine 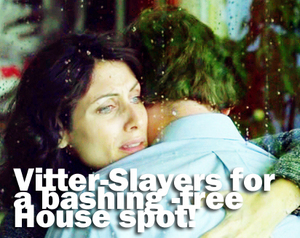 I just felt like saying it: This Spot Rocks! And I'm not saying this because it's such a freaking awesome show, but because it seems we are all civilized people here - contrary to some other spots...i don't want to say a name..but..*coughs* oth *coughs*

No seriously. At the moment this spots has proud 14015 شائقین and usually there are no bashing picks, bashing pictures, fights and the like. We are so many, we respect each other's ships and opinions and still have loads of fun.

I'm saying this because I have recently joined the OTH spot and was surprised...in a not so good way. I don't...
continue reading... 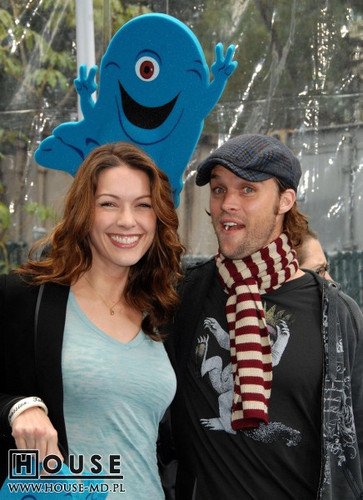 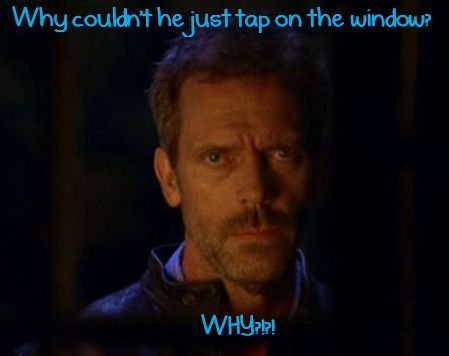 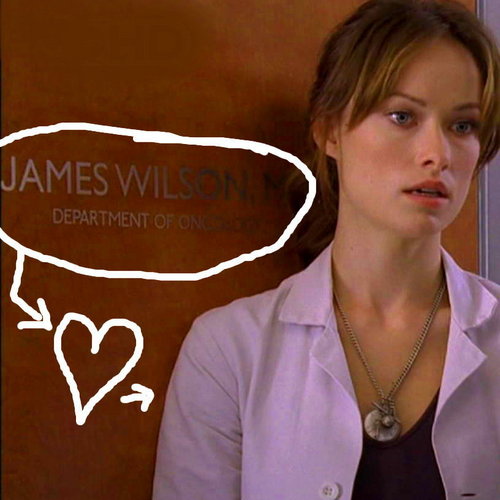 5
wilteen
added by Immunity
Source: me 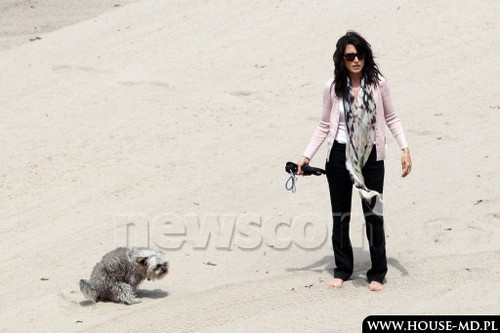 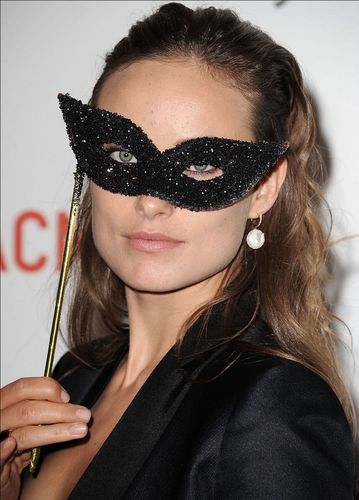 4
Tribute to Ball-Y
added by HuddyRox
He's the fuzzy, (usually) red/gray,bouncy friend that they all can't keep their hands off of. The other half of the most powerful ship on the show...Hall-Y (House & Ball-Y). He's why the awards shows need a category for "Best Supporting Prop".
video
ball-y
bouo
house

13
Unaired Credits of House
added by la_nina
I'm so glad they didn't use this one as credits. I can see nothing but many houses and there's nothing ralated to the story. And I think the موسیقی is horrible, Teardrop is much better.
video
md
house 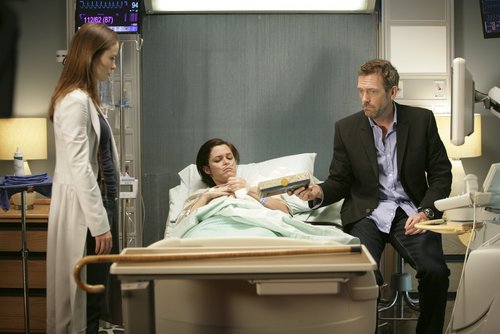 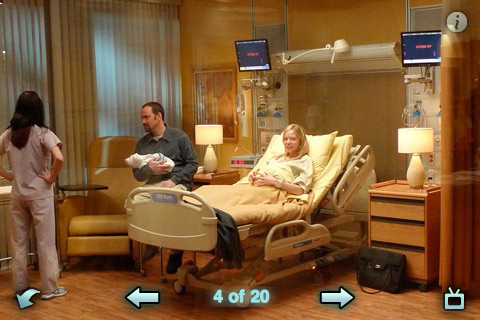 2
behind the scenes
added by xjsx 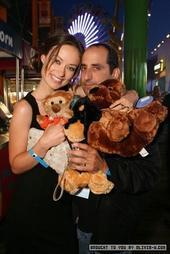 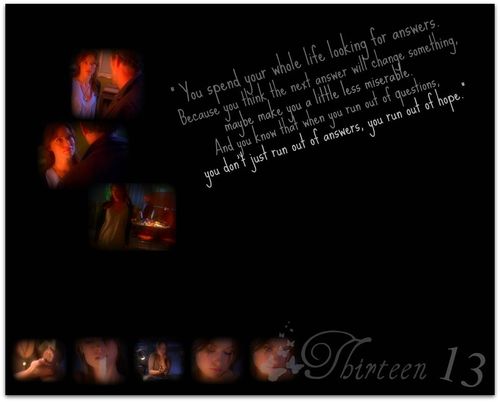 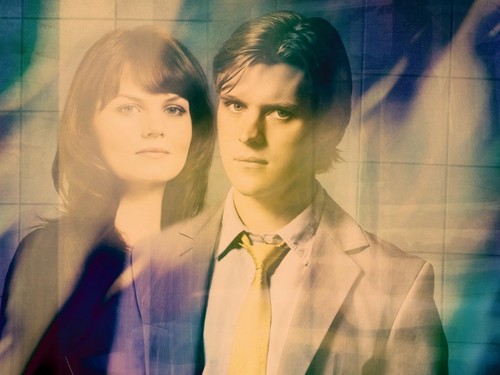 4
Chase & Cameron
added by Loveronica
Source: Lexode
2
Valentines Day/ Part 3
posted by HuddyLover1
Cuddy got up and walked to the restroom.
"Who is that." House mumbled under his breath.
Without thinking House accidentally spilled his water. Cuddy walks back from the restroom. Everyone is staring at House. The person to the left of them looks up.
"STACY?"
"CUDDY?" They say in sequence.
"Yeah I'm fine thanks for asking." Cuddy and Stacy are still staring at each other. Cuddy looks down.
"well i could have helped u to the restroom if آپ just asked." She laughs a little then continues staring at Stacy. House dries himself off then looks up at Stacy.
"what are u doing here."
"what do u mean me doing...
continue reading...
9
Just My Imagination
posted by huddysmacked
A/N: So this crazy idea came over with all the seasons’ finale and my need to appear in House LOL. It has a Mary Sue because it’s needed but it won’t focus in her یا I don’t know if آپ have any ideas whom I might use from the series write it down… So basically it will focus in House and in his relationships but مزید in Huddy as always. And I post it over Fanfiction. net too.

Disclaimer: I just soooo wish I could own House to make this story real LOL. But I don’t and well if any song appears I don’t own it either…So ramble is over, let’s get reading…