15
The Wrong Time For The Right Feelings:Part 4
posted by rosehustle1
"Does anyone want some مزید champagne?" Lila asked before going back into the kitchen.
"I'd love some." Cate replied.
"Cate, how has it been being back at Princeton Plainsboro? I mean after being in Nepal last سال do آپ miss the exotic locales?" Kutner asked.
"Sometimes I miss the excitement of a new place that is far removed from our own society. Studying different psychological adaptions in such areas is intriguing but it has been nice to be ہوم again too. I forgot what a luxury it is to have whatever kind of meal I want when I want it. I got so use to the bare minimum."
"I envy you, Cate. I always wanted to do Doctors Without Borders." Cameron کہا as she took a mouthful of chicken curry.
"Maybe we could sign up together this summer." Chase suggested as he accepted the pepper from her.
"Oh, آپ two love birds always wanting to save the world from misery." House کہا as he gulped down his drink.
Cameron rolled her eyes, and Chase just smirked.
"Here آپ go, Cate." Lila کہا as she reappeared with an open bottle of champagne.
"Thanks."
"So, Luke how did آپ and Lisa meet?" Lila asked as she took a نشست اگلے to Wilson.
"Oh, well it's not really the greatest story..."
"Not a great story? This doesn't bode well." House کہا in a sarcastic tone.
Cuddy glared at him. Cate kicked House's foot under the table. Lila looked at the two couples noticing the tension building and decided to change the subject.
"So, Taub when is the baby due?"
Taub's face lit up instantly at the mention of his daughter to be.
"One مزید month. We've decided on a name finally."
"Sexy Sadie? Layla? Roxanne? Oh, please tell me it's not Mandy." House said.
"Clarissa is what we settled on." Taub answered unphased سے طرف کی House's comments.
"That's a beautiful name, Taub." Wilson کہا absentmindedly as he watched House stare at Cuddy with intense concentration.
"House, I need your help in the kitchen." Wilson کہا suddenly.
"You do?" Lila asked confused.
"Yeah, why do آپ need me? Lila, made dinner."
"I need آپ to help me with the cake."
Lila shook her head in agreement. House reluctantly moved out of his نشست and followed Wilson.
**************************************************
"Why are آپ so focused on Cuddy?" Wilson asked as he took out the plates for the cake.
House sat down on the stool.
"I'm not. Give me the damn چھری so I can cut the cake."
Wilson held the چھری out to him.
"You're practically x-raying her."
"Am not."
"House, tell me what's going on."
"It's nothing."
"I know it's not nothing but I also know that you'll tell me in your own time. Just don't do anything rash until we talk."
"Yes, mother." House replied as he put the sliced pieces of cake on each plate.
**************************************************
The party had moved to the living room and everyone was sitting around enjoying their dessert. The conversations were تقسیم, الگ کریں amongst the couples. Cameron and Chase chatted with Foreman and Thirteen while Lila and Wilson talked with her brother's and their wives. Taub and Kutner laughed about a bet they made a few days earlier.
Cuddy and Cate were having a lighthearted discussion about their پسندیدہ designers while House and Luke sat quietly across from one another.
Lila saw House sitting somewhat سے طرف کی himself and decided this would be the perfect time to steal him away for a follow up to their earlier phone conversation. Getting up she motioned for House to meet her in the kitchen. He caught her signal and headed over. He excused himself سے طرف کی saying he that wanted to get a cold بیئر for the road.
**************************************************

"So, I got the spot at the end of the night to perform." Lila کہا as she got a bottle of water from the refrigerator.
"I can't believe I agreed to this."
"You love playing piano. I love to sing. It's a natural progression that آپ accompany me at the club. Anyway, it's a surprise for James."
"You singing one of his پسندیدہ songs acheives what exactly? آپ already got him to say yes." House کہا as he went in to the fridge and got out a بیئر anyway.
"It will make him happy. It shows him how much I care. It's romantic. Do I really need to explain this further,Greg?"
"I hate that آپ call me Greg."
"It's your name. So, I call آپ it." She کہا with a smirk.
"If آپ weren't Wilson's soon to be wife..."
"You'd still accompany me because آپ love performing just as much as I do."
House grinned at her and then took a swig of beer.
"So, I'll دکھائیں up at your place tomorrow at six to rehearse." She said.
"Sure. Just don't expect me to dress up for the big night."
"I wouldn't dream of it." She کہا with a chuckle.
**************************************************
Lila left House alone in the kitchen. He wasn't ready to go back into the lions ماند, خلوت خانہ quite yet. Looking for something to do, House started looking through the drawers for anything incrimintating to use against Wilson later.
"What are آپ up to?" Cuddy asked as she suddenly came through the باورچی خانے, باورچی خانہ door.
"Looking for hidden treasure."
Cuddy rolled her eyes and went into the refrigerator for a water bottle.
"Your little snide تبصرے toward Luke aren't necessary. He already hates you. آپ don't have to keep trying so hard to make his shit list. You're already there."
"Yeah, but I want to be number one on that list."
Cuddy sat down on the سٹول اگلے to House.
"You always get so territorial when I'm dating someone. آپ have someone. A great someone. I'm sure she's picking up on this pissing contest of yours. She is a psychiatrist afterall."
"This isn't about Cate. This about you. He's a poor man's version of me."
"Actually, I think he's a rich man's version of you. He's not a strung out, drug-addled, misanthrope." Cuddy کہا as she leaned into House's face.
House hadn't been this close to her in a long time. He could smell her perfume. It was a mixture of vanilla and honey.
"No comeback, House?"
House saw a piece of hair suddenly fall over her eye. Before she had a chance to اقدام it his fingers smoothed the strand back behind her ear.
"No comeback." He کہا as he slowly took his hand from her hair.
Cuddy let out a soft breath at the action.
"Ummm, I better get back." She کہا as she looked down at her water bottle.
"...Yeah. I should probably get Cate and head out."
"Yeah..."
House limped out of the باورچی خانے, باورچی خانہ before the moment could get anymore awkward. Cuddy soon followed. 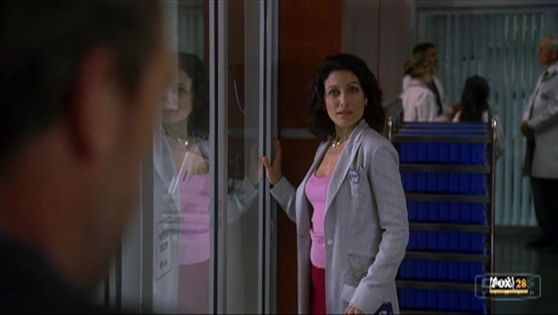 Wolfdreamer9, Ladyluck523 and 13 others like this
kellinator Ohh this is great, I love that everyone is so in character. I can't wait for more!!
BoingHuddy Cool! I'm loving the story by the away! good job =)
Hughlaurie4ever aww!
AwesomeHippie awww that was cute
ApplePie1890 it took u long to update !!! but i'm happy u finaaly did :D
SMACkedHuddy Go on, go on!!!
zubeerfaan are you going to continue?? plz continue!!
armybrat14 I sure hope your going to continue.
kellinator You haven't forgotten about this story have you? I really love it and I hope you decide to continue :)
snow_pup ik 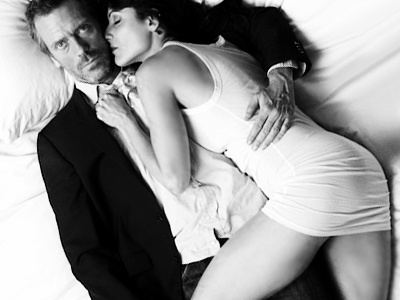 3
HUDDY - "FOREVER"
added by lenasti16
Another Huddy Video I made because I have nothing better to do in the dorm last weekend..lol, DISCLAIMER: I WON NOTHING.. All video clips used belong to لومڑی CHANNEL.. Song: "FOREVER" - Regine Velasquez and Martin Nieverra
video
huddy
dr. gregory house
dr. lisa cuddy
houe
md 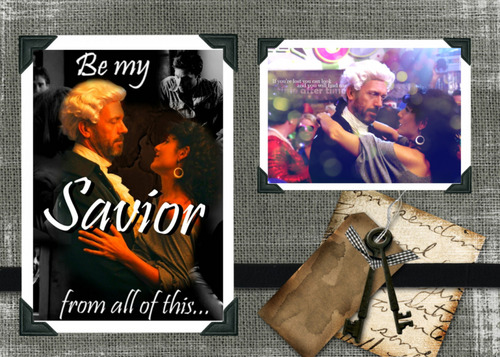 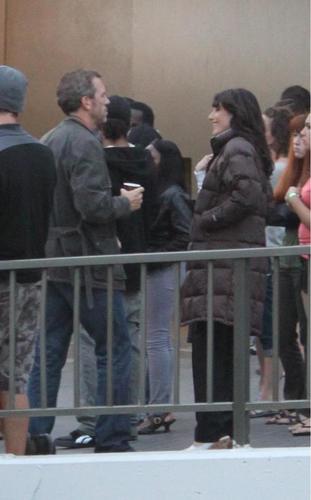 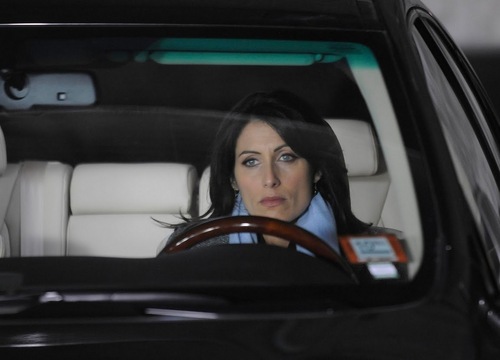 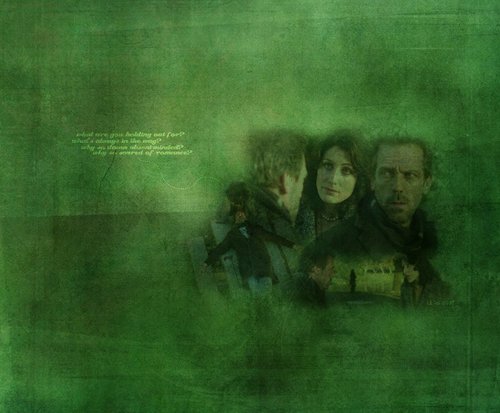 7
Huddy پیپر وال
added by ZaraShade
Source: forsaken_muse
3
اگلے Contestant Ch. 8
posted by Hughlaurie4ever
Disclaimer: We do not own House, and if we did then we wouldn’t have to wait a week to see a new ep!

Jess: Heeey! Four دن weekend FTW! Okay, so sorry I didn’t get this up any earlier, but I was busy trying to arrange plans and this weekend is pretty busy. I had sleepover on Thursday, a play on Friday, shopping on Saturday, and a weekend with the family whom hasn’t been complete for two - three weeks now. LOL wow I didn’t realize how busy I was!

Lona: Shut up -.- Here in Florida, we only have 3 days this weekend -.- Totally NOT fair. WHY?!?! D: Well hey, school is a good place to work...
continue reading...
11
"A Small Token Of My Affection"
posted by rosehustle1
"So, Rachel is a Christmas baby?" House asked nonchalantly as he sat down across from Lisa Cuddy's desk. She looked up from her computer screen and sighed.
"House don't آپ have clinic?"
"I don't actually. Someone named Taub is filling in for me...so as I was saying, isn't her birthday around this time of year?"
"She was actually born a few days before but no exact دن is known. I picked December 20th so she can share the دن with my dad. I thought it would be a special connection for them to share. Why?"
House studied her face for a moment before digging into his pocket and revealing a small...
continue reading...
7
*Spoiler* - Huddy dance
posted by sheis1963
I don't know if this is true but someone گیا کیا پوسٹ this on livejournal:

"So according to Greg Yaitantes(I don't really know how to دکھائیں this, but someone asked guessed the song and he کہا "Correct" so here's the link: link) the song that House and Cuddy are gonna dance to is "Time After Time," سے طرف کی Cyndi Lauper and I am so fucking excited. When I first heard about the 80's dance I wanted them to dance to that song because its so fucking perfect for them :)"

آپ can find the موسیقی here:

So whatdo آپ think about this song?
is it perfect for them یا not?
7
Yiheyeh Beseder (It'll be Okay) part 2
posted by jatehuddy
Hey… I’m kind of back! I’m soooooooo sorry it took me so long!!! I’m a sucker for ڈیٹس اپ and I had total writer’s block. I tried to push this story a little bit. So tell me what آپ think and (hopefully) enjoy!!! : )
Btw, how did آپ enjoy the new episode? I must say that besides the H/FP interaction I loved the episode, especially his interactions with others, and the whole ending, since the talent دکھائیں was sooooo funny <3 loved it!!!