Japan Ask me anything!

Wow.Nobody wants to ask anything?

i do! why is Japan called Japan? i live in Scotland and know next to noting about Japan.

پہلے زیادہ سے سال ایک KuroOokami said…
Yeah schools here suck 2!We even have school on Saturday!!Oh yeah!You want to ask anything else?

پہلے زیادہ سے سال ایک madforstuff said…
yeah. why does japan have all the latest tecnology?

پہلے زیادہ سے سال ایک evreythinggoes said…
i have a question how many years do you have to study in japan including university?

IT TAKES A LIFETIME!!
ive been doing it for six years, and i still dont how to say some things..
my teacher is japanese born.. and she somtimes does even know.. its cause it jsut a large langauge..THE GRAMMER PATTERNS KILL ME!!!
YOU NEVER KNOW IF YOU NEED A NO, WA, NI, O, TO before something...

پہلے زیادہ سے سال ایک KuroOokami said…
I know what your saing!I only know some Japanese and I STILL don't know what people are saing hear!XD

پہلے زیادہ سے سال ایک Black_cat_ said…
What is the point of a geisha?

I dont know the literal translation of the word but to be a geisha is basically like being a female escort for the wealthy and powerful in old japan. they would get drinks, dance, present tea, even sleep with their men sometimes, they would do whatever it is that the men wanted them to do. also the main objective of a geisha was to obtain a "sugar daddy" i dont know the actual word for it but they would try to stick to one man while he was in town to make him feel as though they really loved him and sometimes the man would take the geisha out of that lifestyle and marry them.(I read and watched the movie Memoirs of a geisha its very good and talks about Geisha.) 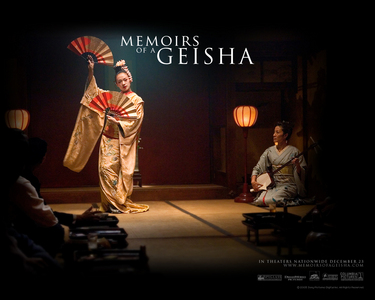 hey! im back!!! and i have more questions!

1) who is the most powerful guy in japan?
2) how much money do the averege japanese earn?
3) is they any spesial festivles in japan? if there is what is is like, about and when is it?
4) who created the game bakugan? (i love it!!)
5) who created pokemon?
6) is they any famoes figures from history in/from japan?

thanks!!! it because i want to know this stuff for my progect!

Answers:
1)who is the most powerful guy in japan?A:Ummm...Me?(lol)I don't know!Sorry...
2)how much money do the averege japanese earn?A:Average Japanese PT work in a Department Store makes about Y850 or $8.50 an hour.
Teachers can make up to 5-8,000 Yen/Hr our about $50-80 an hour.
3)is they any spesial festivles in japan? if there is what is is like,about and when is it?A:Well there are many festivles in Japan and I can't name them all right now.I like the cherry blossom festival!
4)who created the game bakugan? (i love it!!) A:Bakugan is produced by TMS Entertainment and Japan Vistec under the direction of Mitsuo Hashimoto.
5)who created pokemon?A:Satoshi Tajiri
6)is they any famoes figures from history in/from japan?A:People who live in Japan are ancient descendants of those who lived on the continent of Asia - human history did not begin on the Island of Japan - most likely people arrived into Japan through Korea, Siberia and/or Taiwan/China.

However, traditional Japanese legend maintains that Japan was founded in the 7th century BC by the ancestral Emperor Jimmu. During the 5th and 6th centuries, the Chinese writing system and Buddhism were introduced with other Chinese cultures by way of the Korean peninsula. The emperors were the nominal rulers, but actual power was usually held by powerful court nobles, regents, or shoguns (military governors).

During the 16th century, traders from Portugal, the Netherlands, England, and Spain arrived, as did Christian missionaries. During the early part of the 17th century, Japan's Shogunate suspected that they were actually forerunners of a military conquest by European powers and ultimately barred all relations with the outside world except for severely restricted contacts with Dutch and Chinese merchants at Nagasaki (Dejima). This isolation lasted for 251 years, until Commodore Matthew Perry forced the opening of Japan to the West with the Convention of Kanagawa in 1854.

Within several years, renewed contact with the West profoundly altered Japanese society. The Shogunate was forced to resign, and the emperor was restored to power. The Meiji Restoration of 1868 initiated many reforms. The feudal system was abolished, and numerous Western institutions were adopted, including a Western legal system and government, along with other economic, social and military reforms that transformed Japan into a world power. Japan's new ambitions led to invasion wars that exploited and killed thousands of people in mainland China (1895) and Russia (1905) and led to the annexation by Japan of Korea, Taiwan and other territories.

The early 20th century saw Japan come under increasing influence of an expansionist military, leading to the invasion of Manchuria, a second Sino-Japanese War (1937), and an attack on the US naval base in Pearl Harbor (1941) that brought the United States into World War II. After a long and brutal Pacific campaign, Japan lost Okinawa and was pushed back to the four main islands. Reluctant to launch a full-scale invasion of Japan, the United States obliterated Hiroshima and Nagasaki with two atomic bombs. They killed approximately 130,000 people instantly and with Hirohito's unconditional surrender to the United States on August 15, 1945, sovereignty and independence was restored in Southeastern and Eastern Asia.

is there any books on japan I could learn from, I'm planning 2 visit japan soon...!

Well I don't know about where you live but If you go to a place that has books they might have some things.Or maybe try looking up stuff about Japan on your computer.Its very nice now-a-days here in Japan and I know you'll love it!!I hope I was of some halp.

پہلے زیادہ سے سال ایک Twilight_Dream said…
how many hello kitty stores are there? if you have seen them, lol. 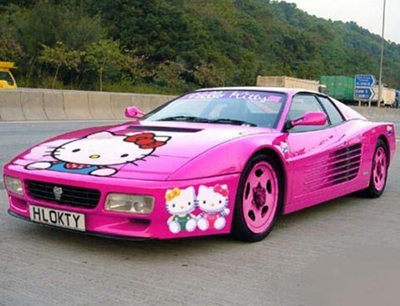 پہلے زیادہ سے سال ایک Twilight_Dream said…
i love hello kitty too! God, it would be heaven there for me! *w*

How do you say no in japanese?

It gets me confused since I've seen that nashi and iie both mean no, that's why I'm asking...

Thank you so much!! 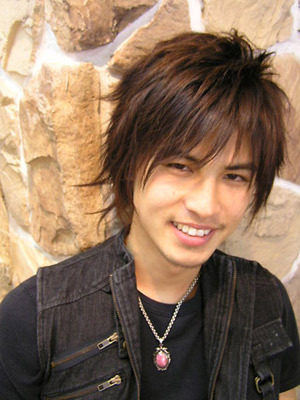 How do you study in school to help remember them? The website helps.

Well I already know Kanji. Its hard to put into words "Everyone has a diffrent way of studing!" As my teacher yells all the time!XD I'm happy the website helped!!

kuro0okami ; how many litters are there in the japanese languge ?

There are 204 Letters in the Hiragana and Katakana. The Kanji is debatable as upwards of 70,000 characters. Also the Arabic Numerals are used ( 0-9 in symbol form). 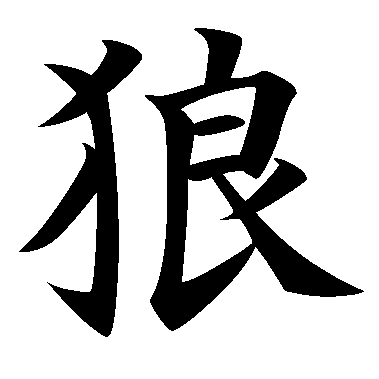 پہلے زیادہ سے سال ایک mona_me said…
ok , black wolf , how much time do u take to write ur first name ?
although the japanese is dificult to learn , it is atiractive .

Lol!! I'm alright!! Sorry I didn't have a laptop with me and I went on a trip with my friends.
It doesn't really take me long to write my name because I write it all the time.
(Below is where we went on the trip!! They have hot springs and everything!!) 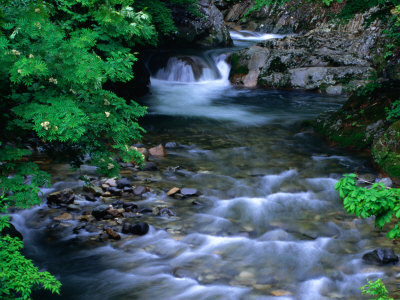 It really was!! I want to go back already!!

kuro0okami :
i need to know the diferance between the Samurai and Ninja .

Samurai were like the Knights of England only to Japan They lived by the strict Code of the Samurai which is why they protected their counrty,gained knowledge, and protected and were polite to women.They fought mainly with a sword until the introduction of gunpowder, and were also known for their ability to create great poetry which may seem strange but they had strong morals about the society they fought to protect.They were also involved in politics.
Ninja were very steathly and prefered to avoid direct combat unlike the samurai.They were forced from their regular life of simple farming and such into warfare during their era.They prefered to take down enemy's when they let their guard down and used a variety of weapons like kanata and shuriken.They trained in stealth and blended in so they were very effective at sneaking up on their target.They were something like mercanaries and even some samurai were also ninja.
Most ninja and samurai ways were abandonded as Japan modernized, but some still hold on to their ways and customs. 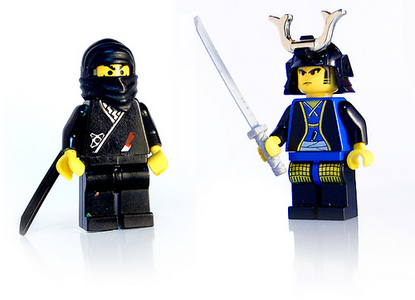 Well its really the type of anime you want to draw. Some anime are not that hard to draw and some are WAY hard. I draw Bleach, FullMetal Alchemist, and Naruto Shippuden. I find that FullMetal Alchemist is not that hard to draw, Naruto Shippuden is in the middle, and (to me) Bleach needs a lot of time put into it. I really don't have a 'secrek trick'. I hope that helped!(Below is one of my Grimmjow drawings. It took an hour in a 1/2.) 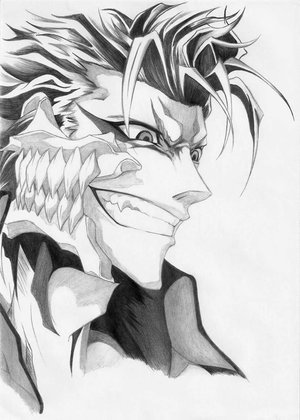