Corliss Law Group 4 Cases on how life settlements have bounced back
posted by pipermeyer
We’ve repeatedly کہا that the life settlement market has improved substantially this year. But the best way to illustrate that is to share the details of some حالیہ cases with you.

1. $3 million Survivorship UL, wife deceased, male age 90: The policy was originally bought for estate taxes, which due to the American Taxpayer Relief Act (ATRA) of 2012, were no longer a problem for this client. We shopped the policy last سال and got an offer of $700,000, but the client decided he would try to maintain the policy. This سال he came back to us because he had trouble coming up with the premium payments. Though his life expectancy decreased سے طرف کی only 4 months, a سال later we were able to get him $815,000 for the policy, which had a cash surrender value of $246,000. He was thrilled!

2. $2 million U.L. on female, age 79, with relatively modest health impairments: Life expectancies obtained were 122, 142, and 129 months. The policy had only $43,000 in cash surrender value and the client could no longer afford the premiums. The client received $131,000 in a life settlement.

3. $500,000 U.L. policy on a male, age 90: The family was running out of money to pay for his long term care in a nursing home. His life expectancies were 36, 36 and 48 months. The client received $217,000 for a policy with no cash surrender value, which gave everyone comfort that he would be able to continue to receive care at his existing facility.

4. $4 million Survivorship U.L., husband deceased, female age 82: Life expectancies were 102 and 134 months. Changes in the estate tax law eliminated her need for this insurance. $575,000 was received for this policy,which had a cash surrender value of $168,000.

All these policies were about to be lapsed یا surrendered. And, as آپ can see, a life settlement was a far better solution.Look at the meaningful difference that the additional cash made to these policy owners.

When آپ hear that your clients have policies that they no longer need, want یا can afford, آپ owe it to them to explore the life settlement alternative. Remember, it can’t hurt to try ─ it can only hurt not to! And the timing for trying today is better than it has been in years!

Angie Harmon: When آپ Love What آپ Do, It's Not Tedious
added by StarCam
Angie Harmon chats with StarCam's Jennifer Tapiero at the 2012 Gracie Awards about loving being an actress and what means the most to her.
video
law and order
angie harmon
nbc
cast
interview
da
2012
rizzoli & isles
Hold On...(chapter 2)
posted by svu_luver
*CHAPTER 2*

"Olivia.."Said Elliot quietly but loud enough for everyone to hear him"She's been kidnapped..."

Silence filled the squadroom as no one knew what to say یا what to do.

"Well آپ shove it with D.C. no one here gives a f*** if آپ care about D.C. so much than go back!!"yelled Elliot annoyed, angry, sad, and confused.

"Elliot!..."yelled captain"We are all going on a roller coster ride right now but...
continue reading... 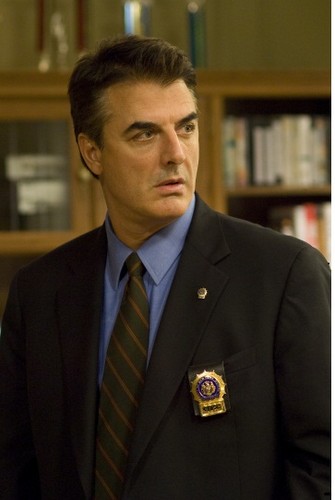 7
The gang
added by benslerisluv

NBC promo Law and Order: LA
added by RosalynCabenson
The new Law and Order spin-off "Law and Order: Los Angeles"
video
law and order
la
nbc
1
Hold On...(chapter 1[edited with intro])
posted by svu_luver
*INTRO*
A story of a Detective's (Elliot stabler) need to find his partner,Detective Olivia Benson. Elliot finds himself on a roller coster ride with all the emotions and stress of the case. Elliot has one week to find his parner before the pervert who took her kills her like he has with his other victims. Lives will be lost, innocent will be found guilty, cops will lbe buried, badges will be put down, but will Elliot find his partner and tell her his true feelings before it's too late?...

A story of a Detective (Olivia Benson) who awakes to find herself in a living nightmare. After being kiddnapped...
continue reading...

3
Cute as a CARROT
added by benslerisluv
Source: ME! I got bored :)

6
Priceless
added by benslerisluv
Source: I dont own this I got it from another فورم and they got it off a different فورم as well
Hold On...(Chapter 4)
posted by svu_luver
*CHAPTER 4*

"Kathy!!"he screamed running to the body


"Kathy...baby wake up...wake up!!"he screamed on his hands and knees,tears streaming down his face, shaking the body,nothing,not even a moan. He collased over her body while still wispering her name he couldn't beleive it......his wife the
love of his life lay their motionless in a pile of blood,her blood,and yet deep inside he was somehow happy it was her and not Olivia.

"We'll hello Mr.Stabler"said a voice it was too dark see anything but a figure."Nice of آپ to شامل میں us...*laughs*...see she that wife of yours she was a naughty one we had...
continue reading...

"You know your partner has really great legs...*laughs*"

Elliot knew that he should call Captain but what for he was doing this thing solo. He continued walking.