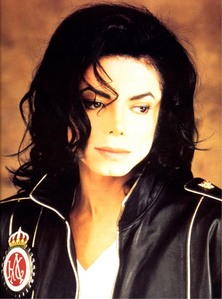 Michael, I don't know for sure what آپ know about me, if anything at all, یا where آپ are now, but I still hope you've made it to heaven, یا will soon, because آپ really do deserve it. If آپ do know anything abou me, آپ probably know that I never used to like آپ until your untimely death, that is. I'm sure آپ don't particularly like that about me, but I hope آپ don't hate me for it. I wish مزید than anything that I could take back the last 13 years of my life & forget all about them, because they hold no meaning for me anymore. Everything about my life befre آپ came into it has no meaning to me whatsoever, & I'll spend the rest of my life trying to prove it.

The دن آپ died, Michael, everything stopped for me, as hard as I tried, I couldn't get آپ off my mind. The question, of course, is why? Why did I never feel one thing for آپ until that day? Why did آپ have such an effect on me? Why you? Of all the men in the world, why you? I love you. There's آپ answer: I LOVE YOU. آپ are the one, the one I was put on this earth to be with. I know, of course, there are obstacles in the way of that: you're 37 years older than me, you're not alive anymore, & on سب, سب سے اوپر of it all, there's no possible way you'd ever feel the same about me. But I don't expect to be loved back the same, I only want to know that آپ don't hate me for my past actions, & that you're finally at peace with life & with yourself.

I know there were times in your life that weren't so easy to deal with, but they're all in the past. The past is gone & it can never come back again, sometimes that's a good thing. It really hurts me to see how hurt آپ were then, even if I never felt it then. Like when Lisa Marie filed for divorce. Seeing her break your دل like that, it made me feel like punching her lights out, because I know how much آپ loved her. یا when آپ were sued for child molestation, آپ were forever scarred سے طرف کی that, I'm sure. I wish I could've been beside you, to be your reminder that everything would be alright in the end.

آپ know, everyone worries about the way they look, but they know they'll do something to themselves & look beautiful afterwards. But at times, آپ never thought you'd be attractive no matter what آپ did. آپ hated your appearence so much, آپ even went so far as to call yourself an "ugly lizard"(or something like that, I don't know exactly how آپ کہا it). I wish آپ hadn't کہا that, you're not even close to unattractive let alone ugly. When I look at you, I see surpassing beauty. آپ are beautiful, Michael, please believe me! I know I'm not the only one who thinks so, I'll bet most of the people who read this مضمون will agree with me. To be totally honest, sometimes when I look at you, your beauty makes me jealous.

If I could sum آپ up in just 3 words, beautiful would be the first, the سیکنڈ would be loving. آپ see so many شخصیات مشہور out there promoting causes for whatever, but most of them are only doing it to promote themselves. آپ did things like tht because it was the right thing to do, & آپ cared. آپ cared so much for the charity work you, the people آپ helped, etc. آپ have such a good heart, Michael; in fact it's where most of your beauty comes from. Your love for the planet, children, your family, your fans, etc. That in itself is pretty amazing. You've forever engraved yourself into the hearts of your family, friends, & fans, especially me. آپ touched me, & now I declare my love for you. My love for آپ is nothing butpure & genuine, for if I'm lying, may I be struck to my death & sent directly to hell.

Unlike most girls my age, I know what true love is: it's the eternal force that unites 2 people. It must be real یا it's just infatuation. They must be willing to look past all obstacles & go to the ends of the earth for each other. I am willing to do that for you, Michael, because I know that if I can be as close to your دل as آپ are to mine, than it's all worth it. Beautiful, loving, & the final word would be forever. Your love, your memory, آپ are forever. آپ made your mark on history, the world will never forget August 29, 1958, November 30, 1982, May 16, 1983, & most of all, June 25, 2009. It's truly as if you're still alive because you've got your شائقین on earth who'll work to sustain your memory forever.

آپ know, I still wonder, آپ used to think آپ were unloved, but then آپ had your kids & knew otherwise. If آپ never had your kids, would آپ still have died knowing آپ were loved? I don't know what your response would be to this, Michael, but I know if every single person in the world today who loves آپ died, the world would be a whole lot smaller. Even if all those people were against you, you'd still have one girl who'll always be true to you: ME. Fate brought me to آپ & now I'll never go back, I simply can't. I love آپ too much to abandon you, believe me. If آپ were reading this, آپ might think of me as a silly young girl who's either pitifully desperate, یا certifiably insane, یا even just plain stupid to think such thoughts, but I know آپ could never break my دل lke that, you're too sweet:)

Michael, I'm your friend, I'm always on your side, I'll always love you, I'm waiting everyday, & praying every week for your entrance into heaven. Do آپ think if I was lying about anything I've written so far, that I'd spend an گھنٹہ in church every week praying for you? Not that I'm making any accusations , I'm just saying. But like آپ کہا "If آپ enter this world knowing you're loved, & آپ leave this world knowing the same, than everything in between can be dealt with." Now that I've fallen in love with you, I know now مزید than ever that I can get through anything, as long as I have آپ & God beside me. Michael, I wrote this letter to fully express my feelings for you, so I'll close it in summary: MICHAEL JACKSON, I WILL ALWAYS LOVE آپ <3
laceylady, Evyke83 and 22 others like this
kiss93 it's beautiful!
caligurl16 aww I love it!!! <3
ripkopmjj so sweet so so cute
jackson_kids its beautiful,i love it
thriller4ever that's what exactly i think!! i love you for you've written in the most beautiful way any fan can write. God bless you...and michael is always with you!!
imperatorjeremy that was beautiful and made me smile
shayty3112 Michael, I wish I would have gotten a chance 2 meet u someday. I've only heard little of your music when u were living. I felt like my heart was ripped out my chest the day I learned You passed. I miss U much. R.I.P.
bettyjmaar Take it or leave it but you will love Michael Always. __________________________________________ homes for rent 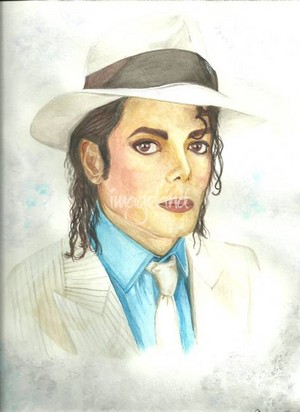 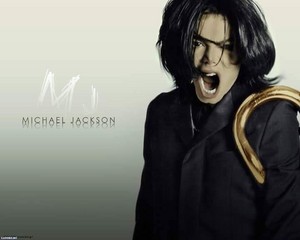 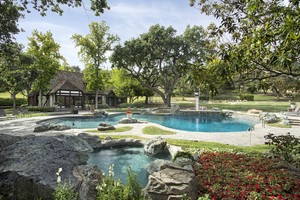 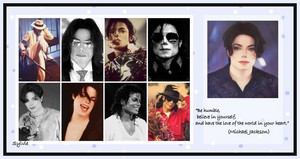 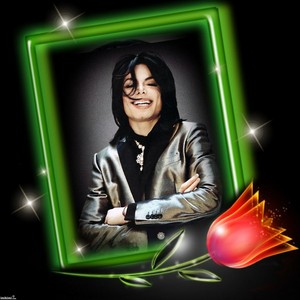 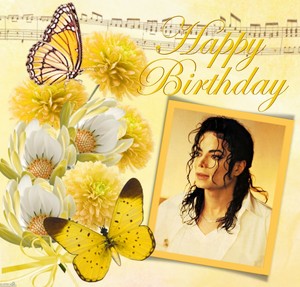 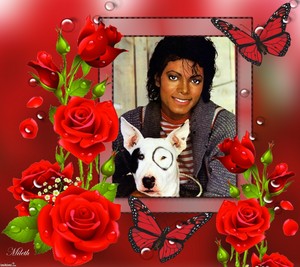 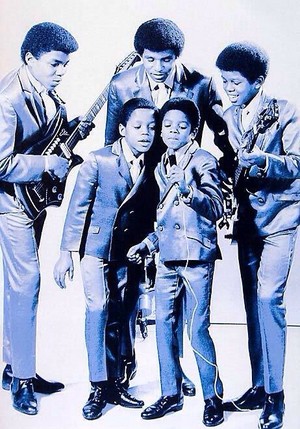 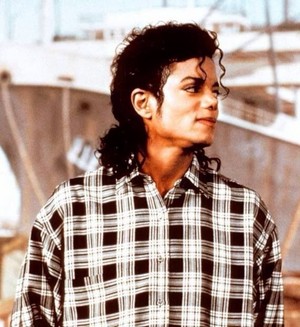 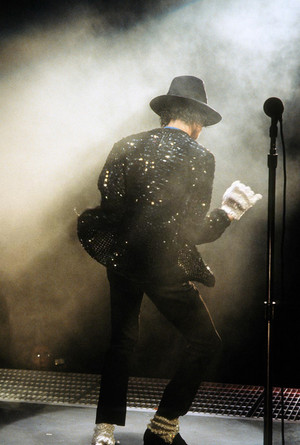 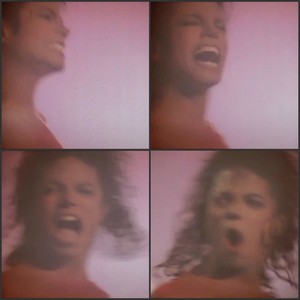 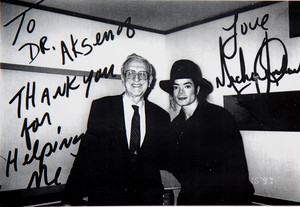 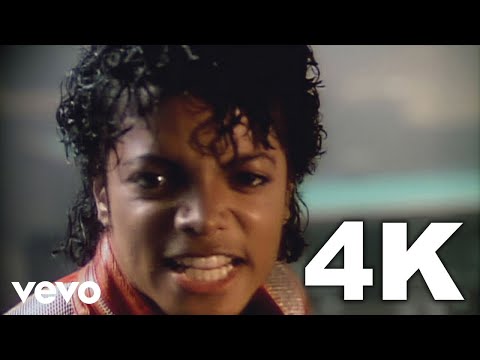 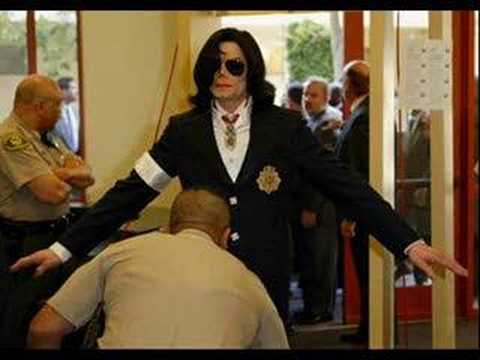 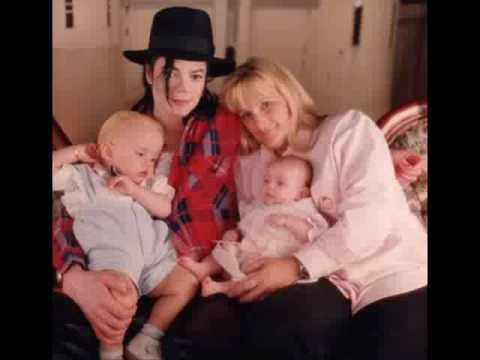