1
On Celestia's Secret Service part 4
posted by Seanthehedgehog
korean pony86: Intruders!
swedish pony48: It's the germans!
Fenix: Con, get on ze machine gun.
Con: *gets on MG, & shoots enemies*
swedish pony66: We need a rocket launcher!
swedish pony23: Here! *gets bazooka*
Con: *destroys bazooka*
german pony35: We have to land.
Fenix: Then do it.

All three choppers landed on the base, and all 15 ponies stormed out.

Fenix: Con, through this way!
Con: I'm right behind you.
swedish ponies: *fire at germans*
germans: *fire at swedish*
Con: *shoots enemy* Whoops! Forgot it was on automatic. *reloads*
Rareesa: I'll cover you. *shoots two enemies*
korean ponies: آپ swedish scum can't do anything right! *shoots germans*
german pony47: We have 4 down!
Con: *heals them* Thank god for being a unicorn.

The fighting went on for two مزید minutes, until Con, & Rareesa decided to continue on, while the germans would wait سے طرف کی the helicopters.

In another part.
tailsfan111 likes this
applejackrocks1 C'mon Con! ESCAPE BEFORE IT'S TO LATE!!!
1
You'll Only Live Twice part 2
posted by Seanthehedgehog
The اگلے دن in Canterlot

Moneybit: Welcome back Mr. Mane.
Con: Thank آپ Moneybit. I better be مزید careful, cause I'll only live twice.
Moneybit: I hear ya.
P: Glad to see you're still alive 0007.
Con: Oh yes. Even though I died I'm on another life.
P: You're second. Now listen, I need آپ to go to England, and help M.I.6 stop someone from creating W.M.D's.
Con: What kind are we dealing with?
P: First it was grenades, now it's rockets.
Con: How big?
P: Big enough to destroy Manehattan.
Con: Well we can't allow that. I'm on my way.
S: Con. Wait up.
Con: Why?
S: P assigned me to go with you.
Con:...
continue reading...
1
Golden Iris part 4
posted by Seanthehedgehog

P: There آپ are Con. I have a mission for آپ to do.
Con: What is it?
P: I need آپ to stop the Mexicans from destroying non mexican cities with a satellite named Golden Iris.
Con: Ok I'm on it.
P: Go see S before آپ leave. He has some stuff to دکھائیں you.
Con: *walks toward gadget developing area*
Moneybit: Still wrecking exotics Mr. Mane?
Con: Only if I have to.
Moneybit: S is ready to see آپ now.
Con: ارے S. Sorry about your leg.
S: What for?
Con: آپ broke it and-
S: *shoots missile*
Con: :O
S: Let me دکھائیں آپ your new vehicle. Meuzda Derpy, the perfect vehicle for the mission you...
continue reading...
1
Golden Iris part 3
posted by Seanthehedgehog
The اگلے دن four Chevronet Pearlas pulled up toward a new helicopter.

Con: *sneaks by*
Dutch ٹٹو 1: We would like to thank the Mexican Military for lending us one of the very first helicopters to us.
Crowd: *cheers*
Dutch ٹٹو 1: This chopper has two machine guns, and four میزائل launchers.
Con: *walks away*
Senia: That ٹٹو is a spy!
Con: *runs away*
Dutch ponies: *block Con*
Con: *escapes with magic*

Con was on his way to Canterlot, but lets go to a Russian military base.

Boris: Charleen. Come check this out!
Charleen: What is it?
Boris: *shows desktop*
Charleen: Why did آپ put a pair of titties...
continue reading...
2
The problem with Applebloom: Part 11
posted by shadowknuxgirl
It was awful. Flames covered the town like a blanket. Hydras and full-grown dragons stormed the small village. The sky was a dark red, and the only things آپ could hear was the roars of horrific monsters and the screams of terrified ponies. Twilight ran through the terrified scence, searching for her friends. She shouted at the سب, سب سے اوپر of her lungs, "PINKIE! RARITY! FLUTTERSHY!" she kept moving, to avoid getting caught سے طرف کی any monsters who might spot her. "APPLEJACK! RAINBOW!" Then she saw one of the worst things that could happen. It was Princess Celestia. She lay on he floor, covered in ash,...
continue reading...

سب, سب سے اوپر 10 ٹٹو Parody Songs
added by NocturnalMirage
I DO NOT own this video.
video

1
My سیکنڈ drawing of Fluttershy-colored version
added by Dragon-88
Source: My real name is on the pic, which I do a lot now. 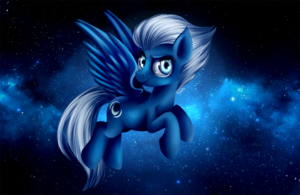