Just Be Me Episode 2 Part 5
posted by Seanthehedgehog
After some time passed, the diamond dogs got their ship repaired. Well, actually they didn't do anything. They just watched the repair ٹٹو fix their ship.

Repair Pony: There. Your ship has been repaired. It'll cost you-
Indiana Bones: *Shoots the ground near the pony's hoof* We won't be paying anything if آپ don't mind.
Repair Pony: *Nervous* Uh no. I don't mind. Go ahead. The repairs are free.
Indiana Bones: Just the way we like it. Right fellas?
Diamond Dogs: Yeah.

As they were getting their ship out of the repairs, Martin went back into the guard tower, and looked through his microscope.

James: Do آپ see anything?
Martin: Yes sir. There's a pirate ship in front of us. I see three ponies. A blue one, a white one, and an مالٹا, نارنگی one with a brown hat.
James: I'll get Rover.

Meanwhile, in the ship قوس قزح Dash was in with Applejack, Rarity, and Hungry's pirate crew.

Hungry: *Looking at the map, and a compass*
Rarity: How is it going?
Hungry: We seem to be making progress.
Erik: *Arrives* Hungry, there's another pirate ship following us.
Hungry: I wonder who that could be?
Erik: Larry is looking at them now.
Larry: *Looking at the ship behind him with a microscope*
Max: *Stops اگلے to Larry* Erik wants to know who's on there.
Larry: Tell him that they're diamond dogs. Steer the ship left, and see what happens.
Max: Right away.
قوس قزح Dash: *Looking at the map with Hungry, and Rarity* I'd say we're twenty nine miles from the island.
Erik: Twenty seven in my mind.
Max: *Arrives*
Erik: What did he say?
Max: There are diamond dogs on the pirate ship behind us. I'm going to steer left, and see if they follow us.
Erik: Alright.
Max: *Runs to the helm. He steers the ship left*
Spot: They're turning left! Follow them!
Luxor: *Steers the ship to the left*
Larry: They're following us!
Max: *Steers the ship back to the right*
Donut: Let's grab our guns, and shoot at them! *Grabs a pistol, and runs to the back of the ship*

Everypony followed Donut, and they had guns.

Chowder: Those ponies have guns!
Bowler: Let's get ours then!
Mickey: *Grabs a musket*
James: آپ might wanna use a pistol like the rest of us. That thing takes too long to load.
Mickey: I'm using it for the firepower.
قوس قزح Dash: *Shoots at the diamond dogs*
Spot: *Sees the bullet hit the ship* Return fire!! Don't stop shooting until they die!
Fido: *Shoots at Applejack*
Applejack: *Ducks, but sees her hat get shot off of her head* Nopony shoots my hat! *Returns fire*
James: *Gets shot*
Martin: Man down!
Indiana Bones: *Shoots at Applejack*
Applejack: *Dodges bullet* Why are they all shooting at me?!!?
قوس قزح Dash: They must really like you.
Rarity: Then why are they shooting at her?
قوس قزح Dash: آپ wanna shut up, and help us?
Rarity: Oh no, I was gonna go downstairs, and look for somepony that wanted to have sex-
قوس قزح Dash: There's no time for that!!
Rarity: Come on!
Applejack: Help us, یا go away!
Rarity: Fine! *Grabs a pistol, and shoots at the diamond dogs*
Luxor: *Gets shot سے طرف کی Rarity*
Rarity: I got one! *Gets excited* I got one!
Applejack: Great Rarity, don't get cocky! *Shoots her gun*
Mickey: *Shoots at Hungry*
Hungry: Whoa! *Dodges bullet* That nearly hit me!
قوس قزح Dash: Are آپ okay?
Hungry: Yeah. *Shoots gun*
Indiana Bones: *Dodges Hungry's bullet* Shoot that grey pegasus!
Spot: *Shoots Hungry*
Hungry: No!! *Falls on the ground*
Erik: They shot our leader!! *Shoots Mickey*
Mickey: *Falls on the ground, and accidentally shoots Fido*
Rover: Fido!!
Spot: No!!!
قوس قزح Dash: *Shoots the bottom of the boat*
Rover: We got another hole in our boat!
Indiana Bones: Leave them alone! We'll patch up the hole, and chase them later!
Rover: Very well.
Applejack: They're turning around!
Donut: Good. It's too bad they killed Hungry though.
Rarity: She was a good leader.
قوس قزح Dash: Even if she was stupid.
Larry: A men. 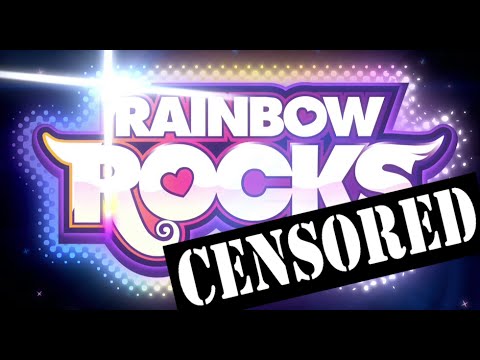 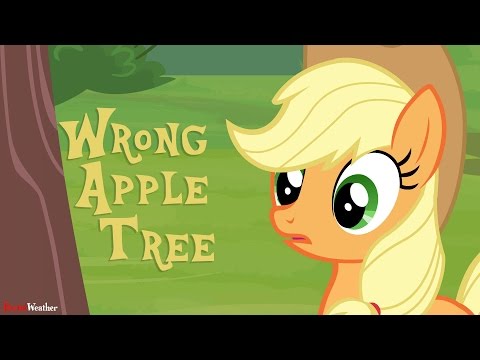 Me: *Reading Tales of Suspense #39* on a bench in Cloudsdale*

Rainbow Dash: *Sits اگلے to me* What are آپ reading? A comic book? Those are sooooo boring!

Rainbow Dash: The characters are boring and cheesy!

Me: Not all of them. What about Iron Man?

Me: Iron Man, aka Tony Stark, is a billionaire, genius, playboy, philanthropist, and a superhero.

Me: Well, Tony Stark was kidnapped سے طرف کی Communists, and almost died سے طرف کی a piece of shrapnel. However, he survived by...
continue reading...
1
My Little Pony: Friendship is Magic Parody One Shot
posted by Windwakerguy430
Long ago, in the magical land of Po- What… this place actually has a creative name? Oh… well then… Long پہلے in the magical land of Equestria, there were two alicorn sisters. The eldest was one of the most beautiful of the two, who raised the sun. Everyone respected her and cared for her. Then the youngest was an emo, I think. No one cares about her. She raised the moon and stuff. Big deal. Anyway, the eldest was real awesome, and had hundreds of followers on Twitter, and stuff. Then, one day, the youngest sister had a cow and turned into Nightmare Moon. So, the eldest sister banished...
continue reading... 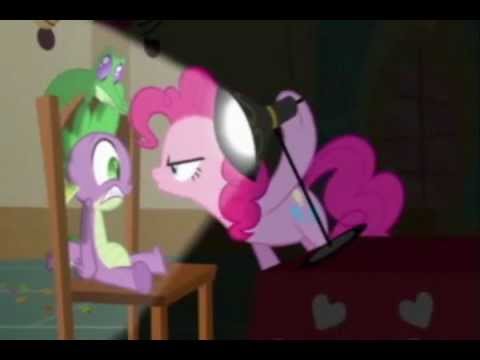 Hawkeye, and Mirage just stopped their train at the station after returning from Council Bluffs.

Hawkeye: *Laughs*
Mirage: آپ really like that joke I told you?
Hawkeye: Yeah, I gotta remember to tell Stylo that one. آپ made my دن Mirage. آپ really did.

They saw another train heading into the yards.

Hawkeye: Too far away to see who's driving it.
Mirage: And there's too much glare on the windows of that cab. Though it seems to be going much too fast.
Hawkeye: That better not be Gordon with Metal Gloss,...
continue reading... 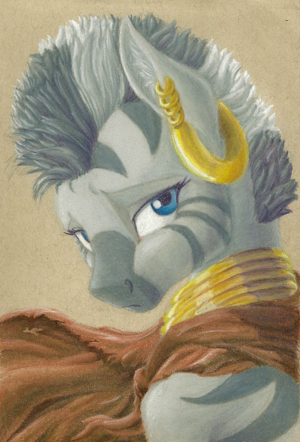 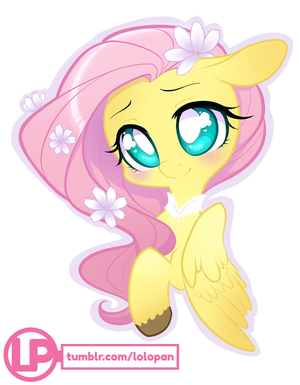 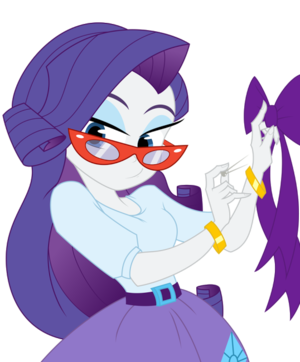 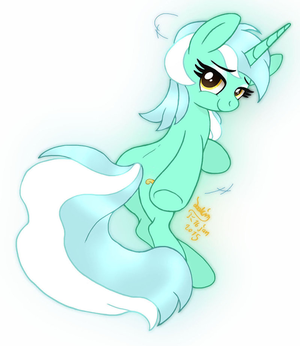 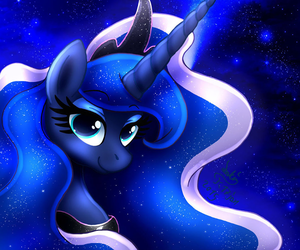 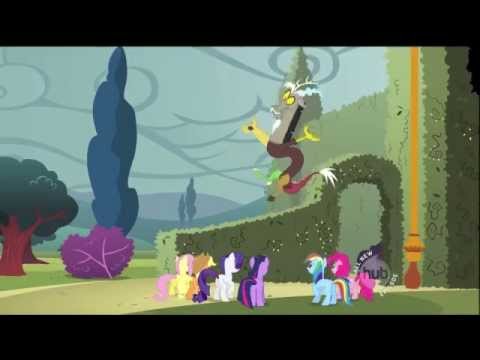 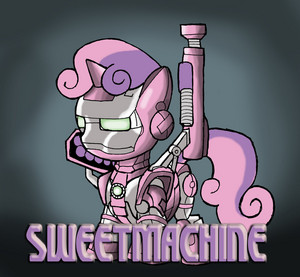 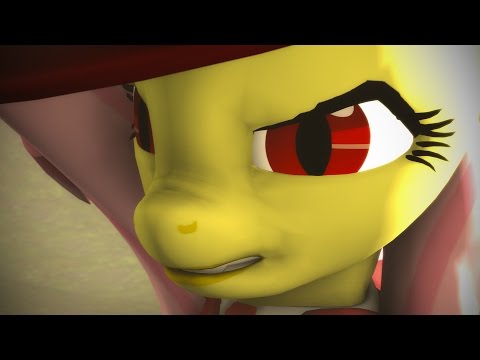 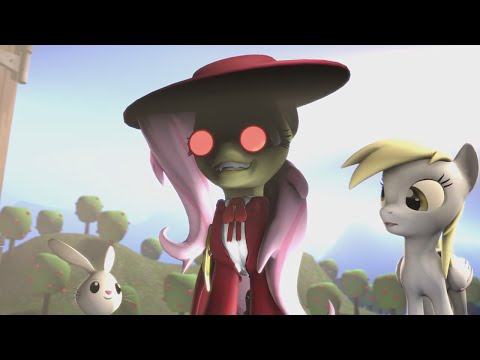 سب, سب سے اوپر Ten ٹٹو ویڈیوز of October 2014
added by Seanthehedgehog
Happy Halloween. Unless, none of these ویڈیوز in here are about Halloween.
video
my
magic
friendship
قوس قزح dash
is
fluttershy
my little ٹٹو
my little ٹٹو friendship is magic 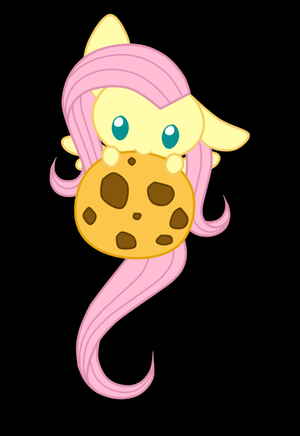 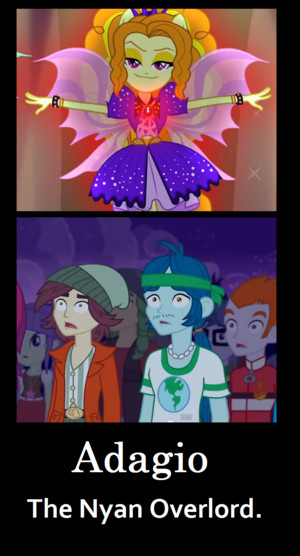