Just Be Me Episode 2 Part 6
posted by Seanthehedgehog
Water was leaking into the diamond dog's ship, and they had to fix it.

Spot: Where is that hole? Where is it?! Where? Where?! WHERE?!!?
Rover: Uh... It's right here.
Spot: *Sees the hole* oh.
Indiana Bones: How are we going to fix this?
Rover: Get some hammers, and nails, and some pieces of wood. We'll fix it.
Indiana Bones: Well make it quick!

As for the ponies.

Larry: With Hungry dead, we must vote on who will be the new leader.
قوس قزح Dash: آپ vote on these things?
Erik: Yeah. What do آپ suggest we do? Forget about the entire thing?
Rarity: I already forgot what we were talking about, so yes.
قوس قزح Dash: Well I was thinking that we have a contest, and whoever does the best is the winner.
Larry: That takes too much time. We vote on it.
Applejack: What if someone gets voted to be the leader, and they don't want to be it?
Max: Too bad.
Leaf Pile: They're the leader whether they like it, یا not.
Donut: It's time to begin.

The voting only took 90 seconds.

Larry: I'm looking at the ووٹ now. We got two ووٹ for قوس قزح Dash. One for Applejack, and five for Leaf Pile.
Leaf Pile: WHAT?! But I don't wanna be the leader!!
قوس قزح Dash: آپ کہا whoever got the most ووٹ was leader, whether they liked it, یا not!
Leaf Pile: Well... I lied! Let Donut be the leader!
Donut: Too late. You're our new leader.
Leaf Pile: *Sighs* That was stupid. I knew we should've gone for that contest قوس قزح Dash mentioned.
Larry: If آپ die, we'll have a contest اگلے time we decide who the new leader is.
Leaf Pile: *Angry, and sarcastic* Oh, that's very helpful!

Larry: *Looking through a microscope* Leaf!!
Leaf Pile: *Runs to Larry* What is it?
Larry: I think I see land. It's far away.
Leaf Pile: Land ho!! Ten miles away!!

Back to the diamond dogs

Rover: The hole is fixed.
Indiana Bones: *Looks at the patched hole*

The hole was poorly patched up, and was barely keeping any of the water out.

Metal Gloss was waiting for Pete at the airport.

Inside the airport, Metal Gloss was waiting for him.

Pete: *Gets to Metal Gloss* How are you?
Metal Gloss: Sad, but I'm feeling a little better now that you're here.
Pete: I appreciate that. Now let's go find that mirror.

Meanwhile in the human world, Hawkeye was still driving his train to Pocatello. He finally decided to talk about the mirror to Metal Gloss...
continue reading...
Ponies On The Rails: The Human World Part 4
posted by Seanthehedgehog
Location: Cheyenne Wyoming, the train yard
Date: September 6, 1958
Time: 11:15 AM
Railroad: Union Pacific

While Hawkeye was walking to the train yard, he saw a man with blue hair, wearing a white gown.

Hawkeye: Orion Stardust.
Orion: *Walks over to Hawkeye* Hey, are آپ a new worker?
Hawkeye: آپ might say that.
Orion: Well, what do آپ think about this dress?
Hawkeye: Would آپ mind a little bit of constructive criticism?
Orion: Not at all.
Hawkeye: First of all, I think it looks great. It's quite "amazing" to see آپ wear one of those, but one thing, آپ must wear a slip.
Orion: A what?
Hawkeye:...
continue reading...
Ponies On The Rails: The Human World Part 3
posted by Seanthehedgehog
Location: Cheyenne Wyoming
Date: September 6, 1958
Time: 11:11 AM
Railroad: Union Pacific

The train that Hawkeye was on stopped at Cheyenne's train station.

Hawkeye: *Walks off the train, and sees it leaving the station*
Pete: *In his office with Stylo, and Gordon* Stylo, I need آپ to get a freight train into Denver. Every person needs oil to keep the electricity in their homes going, but so far, they're nearly out.
Stylo: I'm on it.
Pete: Gordon, remember that hospital سے طرف کی the station آپ drove your passenger train to in Omaha yesterday?
Gordon: I, think so.
Pete: Well they're running out of...
continue reading...
Ponies On The Rails: The Human World Part 2
posted by Seanthehedgehog
In the گزشتہ part of this story, Hawkeye accidentally fell off the Golden Neigh Bridge while a ٹٹو shot him. While falling, Hawkeye saw a mirror, but little did he know it had special powers that could take him to a different world while changing him from a ٹٹو to a human.

In the human world, Nikki West was driving a slow freight with her sister Meadow.

Meadow: Why do we have to go slow?
Nikki: Bad track conditions. If we go too fast, our train may go off the tracks.

One on of the freight cars of Nikki's...
continue reading... 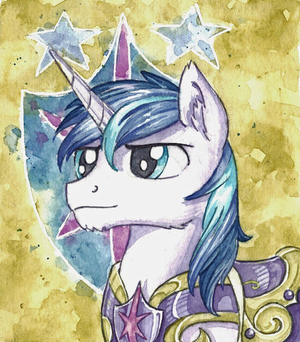 Awesome ٹٹو pics
added by NocturnalMirage
Source: EQD, joyreactor
On The Block Episode 13 Part 3
posted by Seanthehedgehog
Tom: We're gonna دکھائیں آپ all of the crossover parodies we've done in this season. Let us know which one is your پسندیدہ in the تبصرے below.

An evil scientist سے طرف کی the name of Doctor Robotnik came from the Sonic The Hedgehog world, یا Mobius.. Whatever it's called.

The residents of Ponyville...
continue reading... 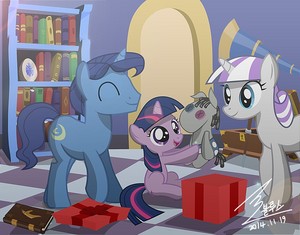 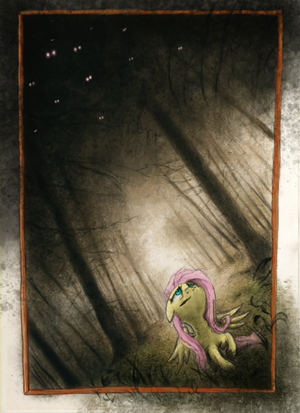 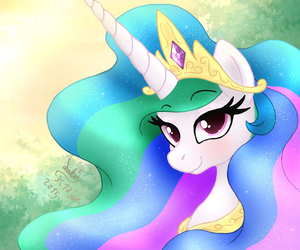 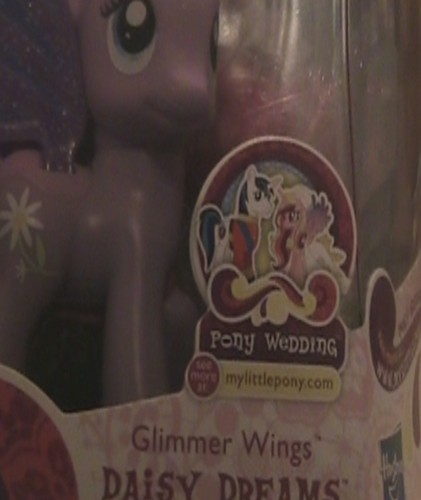 1
My Dasiy Dreams Toy in the Box... Better Quality
added by tinkerbell66799
Source: Me and my Camera 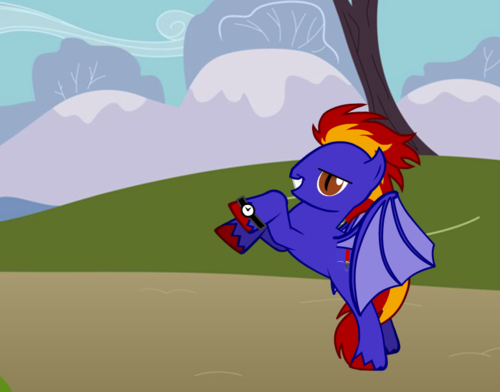 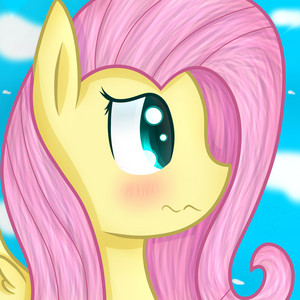 1
Random Ponies
added by SkyheartPegasus
Source: from derpibooru
1
The Impaler
posted by mariofan14
This isn't ٹٹو related, but I think I should tell آپ people about this sadistic fuck: a monster of a man named Vlad III, مزید commonly known as Vlad the Impaler. I'm doing this for no particular reason, really.

It's really all quite bizarre, all that he went through and all that he did. Born in Transylvania in 1431, he would become a prince of Wallachia. His father, Vlad II Dracul, along with his family, including the soon-to-be maniac, moved to Nuremburg as soon as the baby was born. Vlad II then joined the Order of the Dragon, who were knights to protect Christendom from the Ottomans and...
continue reading...
1
Ponies On The Rails Episode 68 Part 1
posted by Seanthehedgehog
Theme song >>>> link 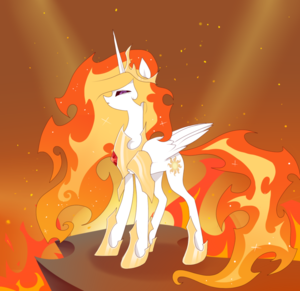 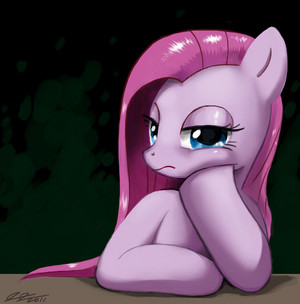 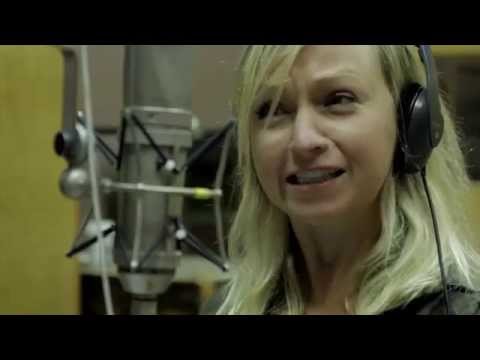 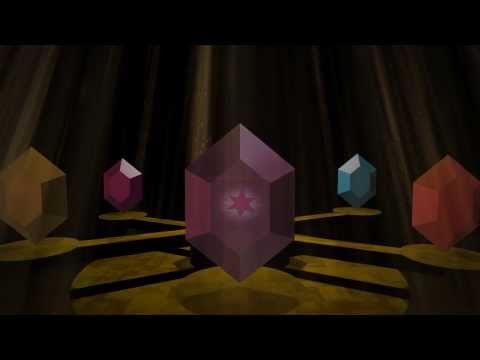 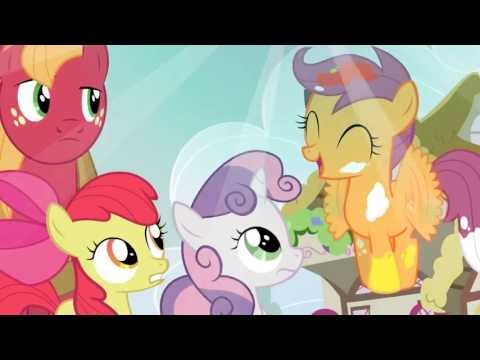