1
آپ Make My Life Worth Living: Part 5: Don't Leave Me Before آپ Read Me
posted by BrittanyBieber3
Jaylie's POV

I beat on his door with all my strength, begging him to let me explain. I stayed out there for hours, crying my eyes out. Mom and dad eventually came ہوم and saw me laying in front of Zayn's door. Dad picked me up and carried me in and set me on the couch. It took me a few moments but I finally found the strength to tell them what happened. They had a long talk with Riley and told him never to talk about what he saw ever again. I wasn't mad at Riley. He's too little to understand. I really wasn't mad at anybody یا anything. Just upset in general. Zayn had to let me explain. I couldn't live without him.

"I tried to warn you, mate. I told آپ she was a slut," Niall said.
"Shut the hell up, Niall! You're not helping!" Harry shouted at him. I was just laying in my بستر with my head buried in my تکیا and the door locked. I thought about letting her explain just to see what kind of lie she would think up but I decided against it. I didn't want to give her the satisfaction of letting her. So I just laid there with only my thoughts and the boys talking to keep me company.

Days went by. Weeks. Still no contact with Zayn. Even dad tried to talk to him.
"That same blonde boy answered the door and کہا he hasn't came out of his room since he heard that from Riley," dad کہا after the third attempt to talk to him. I didn't come out of my room just in case Zayn called یا texted me. He didn't. I had about a million texts from Christie. I didn't answer any of them. I hardly ate anything یا drank anything. I just spent all دن thinking about what to do to get him to listen to me. Then an idea came to me. If he wouldn't listen to me in spoken words, he would just have to listen to me in written words.

"Uh...Zayn? آپ might want to read this," Louis کہا from the other side of the door.
"What is it?" I mumbled.
"It's a letter from Jaylie. A hand written letter. She's explaining what happened. I think آپ better read it."
"I don't want to read anything she has to say."
"Come on, mate. Trust me. You'll regret it if آپ don't." I thought about it for a moment and what the hell. I'll read it. It won't hurt anything.
"Slide it under the door."
I got up and got it off the floor. On the front it کہا "To Zayn- make sure only Zayn reads this" i opened it and began to read:

Zayn,
I know your thinking that I cheated on you. I'm not. You're the only boy in my life. My little brother is just too young to understand this.
My last boyfriend(the one Riley was talking about) did something terrible to me. Well, he was about to if it wasn't for Riley walking in. What Riley saw was nothing he could have seen as a bad thing but it was. Blake(my ex) was trying to rape me. He came to my house earlier and tried to have sex with me. I told him I wasn't ready yet. He got pissed and کہا that if I didn't then we were done. I told him that if that was all he cared about then fine I guess its better we're done anyway. He left but he came back in my room through my window at 2:00 the اگلے morning. He had a bouquet of flowers and کہا that he took back what he کہا and he would wait on me to get ready. Then we started kissing and he tried it again. And again I didn't let him. But when I tried to tell him he shut me up سے طرف کی putting بتھ, مرغابی tape over my mouth and holding a چھری to my throat. He almost had me if it wasn't for Riley walking in. He saw Blake on سب, سب سے اوپر of me and didn't see it as anything really bad. He saw the چھری and thought he was hurting me but he still thought he would be my boyfriend after that. He's not. Now he's just my dumb ex. You're the only boy I love.

Please come back to me,
Jaylie

P.S. Yes. What we have is real. I do think you're my boyfriend. I just wanted to wait and see if آپ thought so too. I love آپ Zayn Malik. All I want is to hear آپ say it back and really mean it.

It felt like my دل was being ripped out of my chest. How could I have done this to her? I had to make it up to her. Somehow.
"Zayn?" I heard Niall say. "Have آپ read the letter yet?"
"Yes," I said.
"Then آپ have someone here to see you."
I looked up and saw Jaylie standing in the doorway.

I stood there anxiously waiting to see what he thought. He started walking toward me. He didn't come to me. He walked right past me. He went to his door, shut it, and locked it. Then he turned around an started walking towards me again. He put his hands around my neck and kissed me. I was so happy at that moment. It felt like I had had a huge bag on my shoulders and it just disappeared into thin air. I kissed him back. We fell on his bed. I reached my hands under his شرٹ, قمیض and pulled it off. He did the same thing with me. I felt of his abs and they were rock hard. Then I had this feeling in the pit of my stomach. It was like a tiny spark of آگ کے, آگ was trying to ignite. Then as if someone poured gas over the tiny spark, it spread through my whole body, making it heat up. I've never had this feeling before but I've heard other girls at school talk about it. They say they feel it right before they-oh. Now I know what it means.
I started to fittle with his pants button and zipper.
"I'm sorry," he whispered against my neck.
"Don't worry about it. I would have probably done the same thing," I whispered back. I had succeeded in undoing his pants but I knew it would be useless unless he cooperated. Thankfully he did and got his pants off. His trail of kisses went from my lips to the front of my neck to my chest. He started to unhook my bra with his face still on my chest.
"I love you," I whispered.
"I love آپ too," he whispered back. He کہا it. And I'm pretty sure he meant it.

I woke up the اگلے morning with the bright sunlight in my face. I rolled over and came face to face with Zayn.
"Oh shit!" I yelled.
Zayn woke up and looked alarmed.
"What's wrong?" he asked me.
"Well for one thing I just slept with you, and-" I stopped and blushed.
"And that's a bad thing?" he teased.
"Well kinda since it means that I stayed here all night!"
"Oh. Well maybe your dad will understand."
"Did آپ not see him the other night when he found me over here at two in the morning? Just think of what he'll be like when he figures out I was here all night." I got up, put my clothes on, and went into his living room.
"Oh look who it is. Did آپ two have fun last night, hmm?" Harry کہا as soon as I walked in. "You know the rooms in this building don't close off sound in the other rooms very well. We could hear what was happening all night," Liam کہا smirking. I felt my cheeks heat up. Oh my gosh! They heard us! I'm so embarrassed!
"It's alright. We won't tell," Niall کہا grinning.
"Well this is probably the last time we're ever gonna talk to each other again so if آپ want to say something آپ better say it now," I said.
"And why would this be the last time we talk to each other?" Louis asked.
"Well its probably because I just stayed here all night!"
"Oh your dad came سے طرف کی last night while آپ and Zayn were..." he wiggled his eyebrows, "and he کہا that he trusted آپ and آپ could stay as long as آپ like. Obviously he has bad hearing یا he probably would have beat the door down on آپ two. He definitely wouldn't have کہا he trusted you."
I was shocked. "Really? He کہا that?"
"Yeah." Wow. That's a first. I'll have to thank him for it later.

"Hey, Jaylie? Since آپ and Zayn are back together now, I was thinking we could go somewhere today to celebrate," I کہا slowly.
"Yeah I guess that would be okay," she answered.
"And I was thinking we could invite Christie...maybe if آپ wanted to."
Her eyes lit up and she grinned. "You fell for her didn't you?"
"W-what? No! I-I just thought she might like to go," I lied. The truth was I did fall for her. I couldn't stop thinking about her.
"Oh, right, Harry," Louis کہا sarcastically. My cheeks were bright red with embarrassment.
"Sure, Harry. I'll invite her for you," Jaylie said.
"Okay," I mumbled. We ended up going to the mall to just look around. I walked beside Christie the entire time. Eventually I couldn't take it anymore. I wanted to talk to her alone. We walked past a Hollister store and I asked her to come in there with me. We walked around and looked around. She was very talkative. When we were in an area of the store with nobody around, I took my chance.
"Christie? I've been wanting to ask آپ this for a while now..." I trailed off trying to find the right words.
"Yes?" she asked smiling.
"Well I was just wondering i-if آپ would...want to...maybe...go to a movie with me tonight?" I held my breath waiting for her answer. She just stood there giving me a blank stare. Oh no! Am I, Harry Styles, about to be rejected? 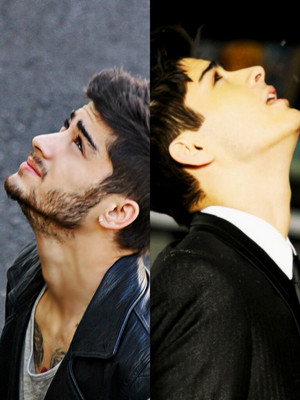 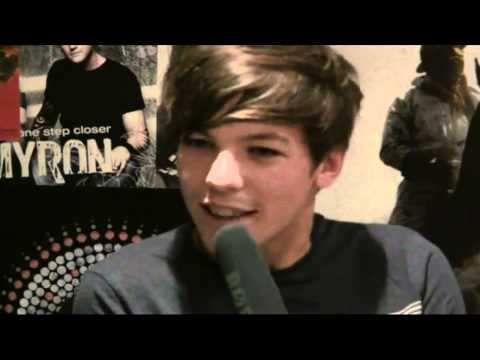 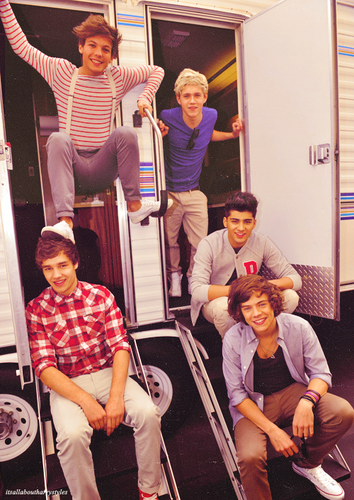 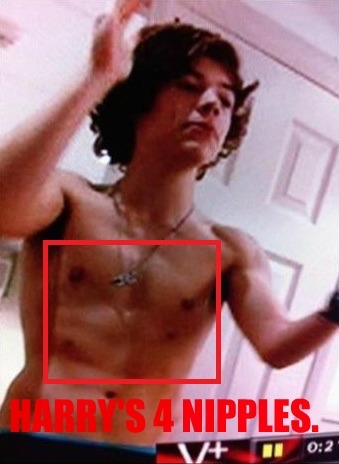 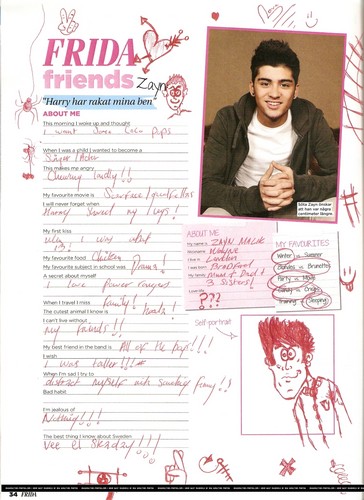 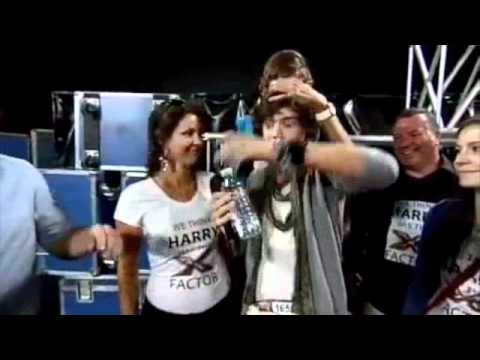 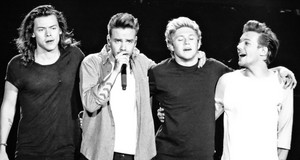 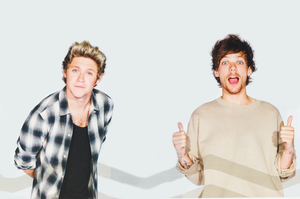 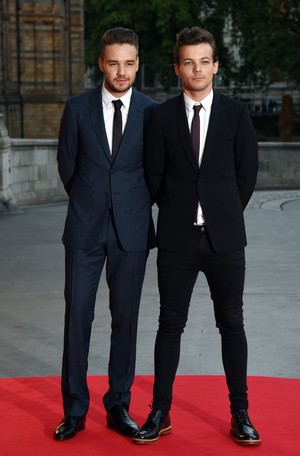 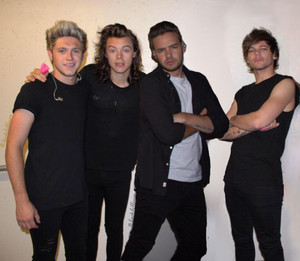 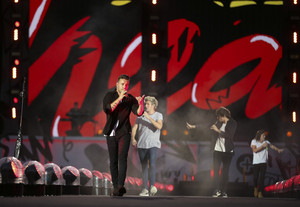 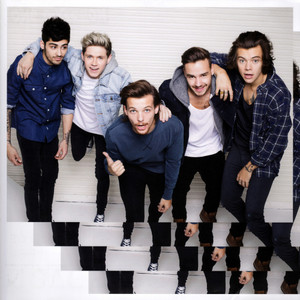 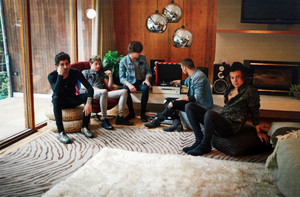 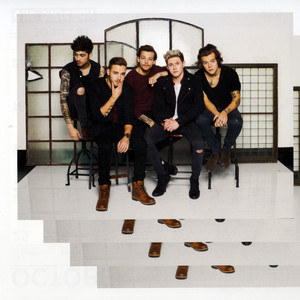 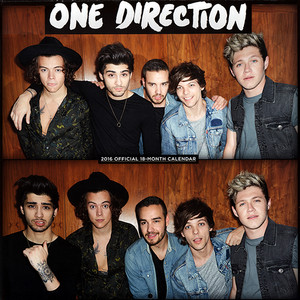 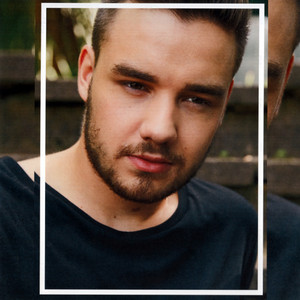 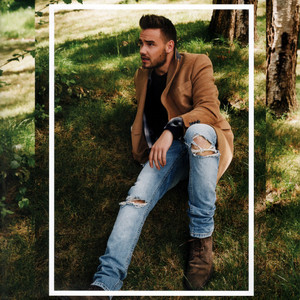 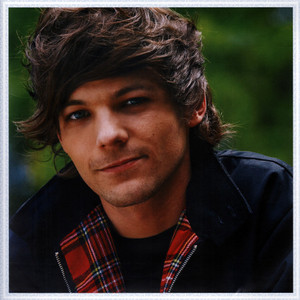