1. What embarrasses آپ the most and/or what's been your most embarrassing moment? Honestly, that's hard to say. I don't get embarrassed easily.

2. What would be your perfect day? Plan it out from breakfast to bedtime. My perfect دن would start out with breakfast in bed, maybe a pancake breakfast. After my food settles, I would take my dogs to a hiking trail, preferably meeting up with my best friend, Paul, and his dogs. We would then go grab something for lunch, maybe پیزا یا something...
continue reading...
4
It's Hard Being Asexual
posted by Peaceandlove67
I didn't intend on writing this originally, but I just felt like venting, so here I go. Being asexual isn't easy, but it's part of who I am. I can't exactly change that. What's hard is some people can't accept it.

I thought that I wouldn't be bullied once I was in college. I still get bullied for being asexual. It's indirectly, unlike when I was in high school. At least, I'm not getting beat up for it.

I overheard one person saying that the reason I'm asexual is that I can't get a date. I could if I wanted to. I have been asked out سے طرف کی a few people, but I turned them down. They just weren't my...
continue reading...
4
I Thought We Were دوستوں Final Part
posted by Peaceandlove67
The first دن of spring was approaching. Leila and Greeley were on Spring Break. Leila said, "It doesn't seem possible that we're going to be finished with our first سال of college in less than two months." He said, "I know." She said, "It's also hard to believe that my dog, Paul, is not a کتے anymore. He's fully grown." Greeley said, "They grow up very quickly." She said, "They really do. I also can't believe that my birthday is coming up. It's the first دن of spring this year, March 20. I'm going to be eighteen." Greeley said, "Happy Birthday." She said, "Thank you." Knowing that she had دوستوں that she didn't have to say "I thought we were friends" to gave Leila comfort. She also knew that she didn't have to have a romantic relationship to complete her. She has and supportive aunt and uncle and great friends. Because of that, she's not lonely at all.

THE END
4
I Thought We Were دوستوں Part 8
posted by Peaceandlove67
Six weeks had passed. Leila and Greeley were getting ready to go to the New Religion concert. They decided to get رات کے کھانے, شام کا کھانا before they went to the concert. While they were there, they saw that the members of New Religion had been eating at the restaurant, too. Leila said, "I can't believe it. It's them." Greeley said, "I think we should talk to them." Leila said, "I think so, too." They finished eating, and they walked up to New Religion. Leila said, "Hi, there. We're شائقین of your music." Erin said, "Hello! That's great. What are your names?" Leila said, "I'm Leila." Greeley said, "And I'm her...
continue reading...
4
I Thought We Were دوستوں Part 7
posted by Peaceandlove67
Some time passed, and Leila and Greeley were on Christmas Break. Leila got to spend some time with Rita. Rita said, "I got آپ something for Christmas." Leila said, "That's so nice. I got آپ something, too." Rita gave Leila her gift and said, "It's a dog DNA test kit. آپ can finally find out what kind of dog Paul is." Leila said, "Oh, Rita, that's amazing. I feel bad now. All I got آپ was a card." Rita said, "It's all right. It's the thought that counts. Besides, there's no greater gift than friendship." Leila said, "I couldn't agree more." Rita then said, "I have some great news, too."...
continue reading...
5
I Thought We Were دوستوں Part 6
posted by Peaceandlove67
A few weeks passed. Leila was becoming close with Greeley. One دن after class, Leila asked, "Greeley, how did آپ get those scars?" He replied, "It's a long and painful story." She said, "I'm willing to listen." He said, "All right. Here's what happened. I was dating this girl, and I had no idea that the guy I thought was my best friend had set us up to betray me. Right before Senior Prom, that bastard asked her to prom behind my back. I found out about it, and when I went to confront him, he got his gang to beat me up. I thought they were going to kill me, but they got bored and left. I struggled...
continue reading...
4
I Thought We Were دوستوں Part 5
posted by Peaceandlove67
When Leila's alarm went off one morning, she yawned and said, "Morning already? Oh, today's my first دن of college. I've got to get up." She ate her breakfast and got ready for her first دن of college. Her college of choice was walking distance, so she walked there. She made it to her first class along with a few other students. She recognized some of her classmates. She had been in band with them. Unfortunately, she had trouble relating to them. This was mostly because they spent most of their time talking with their thumbs. It was also because their tastes in موسیقی were entirely different....
continue reading... 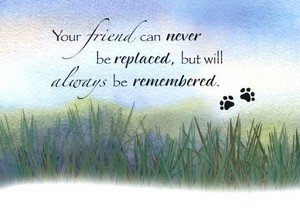 1
Sorry For The Loss Of Your Beloved,Roxy 💕
added by yorkshire_rose
Source: pinterest 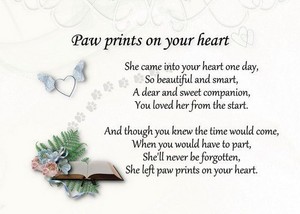 1
Sorry For The Loss Of Your Beloved,Roxy 💕
added by yorkshire_rose
Source: pinterest
4
I Thought We Were دوستوں Part 4
posted by Peaceandlove67
The دن had come. Leila was graduating from high school. She got her diploma. She ended up graduating with honors. After the graduation ceremony, Leila found Rita and talked with her for a while. Rita said, "So, this is it. We're officially done with high school." Leila said, "Yeah. I'm glad that's over." Rita said, "I'm glad about that, too. I really am going to miss you, though." Leila said, "I'll miss you, too." Rita asked, "Are آپ going to be going far away for college?" Leila said, "No, I'm not. What's amazing about the college I chose is not only can I major in music, but it's a commuter...
continue reading...
5
Rest in Peace, Roxy
posted by Peaceandlove67
This is not news I want to share with آپ all. This is not news I ever wanted to share, but Roxy passed away on March 6, 2019 around 7:00 in the morning. I never expected this so soon.

Roxy had recently been دکھانا signs of being sick. The vet determined that she had kidney failure. She also had cancer in one of her kidneys. The vet کہا that it could be removed, but the problem was there is no local vet who does that kind of surgery. The nearest veterinary surgeon is five hours away. That kind of trip would've been too hard on Roxy. The vet also کہا that removing that kidney would not prevent...
continue reading...
More Cards
1234567891011