THE END
4
New Religion's New Mascot Part 5
posted by Peaceandlove67
The اگلے morning, Erin and Paul took Fritz and Klondike for a walk. Paul said, "It feels great to walk with two dogs again." Erin smiled and said, "It really does." He said, "I really missed walking behind two fluffy butts." She giggled and said, "Me too." He said, "Klondike is a great addition. He's brought so much joy the past two days." Erin said, "Yes, Paul, he really has. I'm also glad he slept all night and did not have to get us up to go outside and use the bathroom." Paul said, "That's the advantage of getting a کتے at twelve weeks یا two and a half months instead of eight weeks or...
continue reading...
4
New Religion's New Mascot Part 4
posted by Peaceandlove67
The اگلے day, the members of New Religion decided to introduce their new کتے to their fans. They filmed a video to be uploaded to YouTube. Erin was the first to speak. She said, "Hello, everyone! We have an announcement to make. Before we get started, I want to give a huge thank آپ to everyone who showed their support for Fritz." Lola said, "Indeed. We are happy to say that he is doing so much better. That Timber Rattler bite really gave us a scare." Carl said, "That's right. Now, we will اقدام on to our announcement." Paul came out holding Klondike and said, "We got a new puppy!" Erin said,...
continue reading...
4
New Religion's New Mascot Part 3
posted by Peaceandlove67
Some time passed, and Fritz's snake bite continued to heal. His leg was no longer swollen, and the wound was looking better. Dr. Wright کہا that the wound would heal completely and it would not scar. Paul said, "I think Fritz is well enough for us to introduce another dog." Carl went online and looked for breeders of different dogs. As he was browsing, he saw an ad for Gerberian Shepsky puppies. The puppies and their mother, a German Shepherd, were living in a foster ہوم in Knoxville. They were all available for adoption. All of the puppies were female except one. The lone male in the litter...
continue reading...
4
New Religion's New Mascot Part 2
posted by Peaceandlove67
Erin couldn't sleep. She knew that Fritz was all right, but his brush with death made her realize that he isn't immortal. What would she and her mates do if they did lose Fritz? New Religion without Fritz would be like Texas A&M without Reveille یا the یونیورسٹی of Georgia without Uga. Of course, there are big differences. There have been several Reveilles and several Ugas. As far as Erin and her mates are concerned, there is only ONE Fritz, and that's how it will always be. Finally tired of tossing and turning, Erin got out of bed. She needed to get these feelings off her chest. She went...
continue reading...
4
New Religion's New Mascot Part 1
posted by Peaceandlove67
The members of New Religion were in the backyard of their ہوم in Oak Ridge. They were playing with Fritz, the band's mascot. At one point, Fritz yelped in pain and held up his right front paw. "Fritz!" Erin cried. She ran up to him. "Are آپ okay?!" She saw a wound on his right front leg. She said, "Paul! Come quick! Fritz had been bitten!" Paul rushed over. He saw something serpentine slither away. "Great Caesar's ghost!" Paul exclaimed. "Fritz has been bitten سے طرف کی a Timber Rattler!" Carl cried, "Oh, no! Those things are venomous!" Lola frantically called the vet. She then said, "They said...
continue reading...
4
Evening/Night Routine With My Dogs
posted by Peaceandlove67
Some of آپ have کہا that آپ would like to read about my evening/night routine with my dogs. If آپ haven't done so already, feel free to read about my morning routine with my dogs in the گزشتہ blog. Without further ado, let's get started.

My evening/night routine starts with dinner. After I eat dinner, I feed my dogs their dinner. My dogs eat twice a day, once in the morning, and once at night. I do this to reduce the risk of bloat. While Huskies aren't really prone to bloat, Roscoe is half German Shepherd, and Shepherds are prone to bloat, as a lot of large, deep-chested dogs are. So...
continue reading...
4
Morning Routine With My Dogs
posted by Peaceandlove67
Hello, everyone! Antonia here, and I decided to do a blog on my morning routine with my dogs, River and Roscoe. Let's get started, shall we?

In the morning, when I haven't woken up yet, River and Roscoe decide to wake me up. Roscoe pulls the covers off of me. River then pounces on me. This always works.

Once I have woken up, they lick my face, and I get out of بستر and head downstairs for breakfast. Sometimes I have bagels with cream cheese and smoked salmon. Sometimes I have eggs and turkey bacon. Sometimes I have cereal. It depends on my mood. After I eat breakfast, I feed River and Roscoe....
continue reading...
4
I Can't Wait for the Summertime Final Part
posted by Peaceandlove67
The اگلے morning, Leila, Greeley, Leila's aunt and uncle, and Paul began their trip back ہوم after breakfast. Greeley said, "That was a nice vacation." Leila said, "I agree." He said, "We'll have to do that again sometime." Leila's aunt said, "I think we can make that happen." On the way back home, they stopped for lunch. Leila took Paul out on a leash to "do his business", as she did when they first went on the trip. Once again, Paul attracted a lot of attention. One man said, "Wow! A blue German Shepherd. I've never seen one in real life, only in pictures." A few hours later, they made it...
continue reading...
4
I Can't Wait for the Summertime Part 5
posted by Peaceandlove67
The اگلے day, Leila and Greeley took Paul for a walk on the ساحل سمندر, بیچ while Leila's aunt and uncle relaxed on the beach. Greeley said, "I can't believe today is our last دن here." Leila said, "I know. Vacations always go سے طرف کی so quickly." He said, "Let's make the most of the time we have." She said, "Yes." That evening, they had a seafood meal. They then began packing for their things so that they would be ready for their trip back home. Greeley کہا to Leila, "Thank آپ for inviting me to go on vacation with you, Leila." She said, "You're welcome, Greeley." He said, "We'll have to do some مزید fun things this summer." She said, "Yeah. That would be great." They settled into their beds to rest for the trip the اگلے morning. 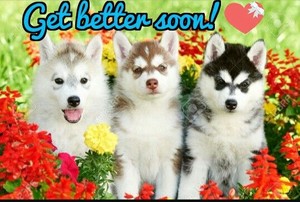 1
Get Better Soon!
added by ktichenor 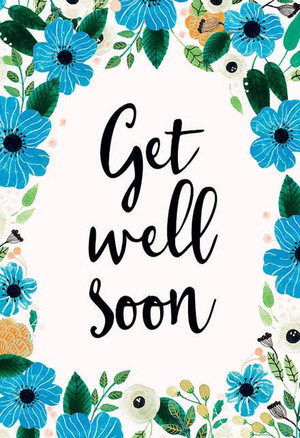 1
Get Well Soon Card
added by 80smusiclover1
Source: Google تصاویر
4
I Can't Wait for the Summertime Part 4
posted by Peaceandlove67
After waking up from her nap, Leila decided to freshen up before dinner. Leila, Greeley, and Leila's aunt and uncle decided to have food delivered for dinner. While they were waiting, Greeley asked Leila, "How did آپ get your dog, Paul?" She said, "It was a couple of weeks before my senior prom. I was driving home, and I saw him on the side of the road. He was injured, and he wasn't putting weight on his left front paw. If آپ look closely, آپ can see that he has a scar on that paw." Greeley looked at Paul's left front paw and said, "I can see it." Leila said, "Anyway, I had some food with...
continue reading...

4
Blue German Shepherd
added by Peaceandlove67
Source: Google تصاویر
4
I Can't Wait for the Summertime Part 3
posted by Peaceandlove67
Leila, Greeley, Leila's aunt and uncle, and Paul got up the اگلے morning. After breakfast, they prepared to go to the beach. Dogs were allowed on the ساحل سمندر, بیچ as long as they were on a leash. Even though Leila knew that she could trust Paul off his leash, she wasn't about to get in trouble. She had enough of that in school. The sad thing is she always got in trouble for something she didn't do. She was the scapegoat, if آپ will, but that's a story for another time. As Leila and Greeley were playing in the ocean with Paul, a child کہا to Leila, "Excuse me, may I pet your dog?" She said, "Yes,...
continue reading...
4
I Can't Wait for the Summertime Part 2
posted by Peaceandlove67
The اگلے day, Greeley accompanied Leila and her aunt and uncle on a ride to the nearest beach. Leila's uncle drove. Leila's dog, Paul, enjoyed looking out the window at the sights. When they stopped for lunch, Leila took Paul out on a leash to "do his business". A few people stopped Leila and asked her, "What kind of dog is that?" Most people didn't believe her when she told them that Paul is a purebred German Shepherd Dog. Leila didn't mind, though. She was aware that most people don't know that Shepherds can be blue, especially solid blue like Paul. Around 6:00 that evening, Leila, Greeley, Leila's aunt and uncle, and Paul arrived at the property. It was a nice ساحل سمندر, بیچ house, and it was very pet friendly. They were all tired from their trip. After unpacking, they got رات کے کھانے, شام کا کھانا and relaxed for the rest of the evening. A few hours later, they called it a night.
4
I Can't Wait for the Summertime Part 1
posted by Peaceandlove67
Leila and Greeley had just finished their first سال of college. They were looking آگے to the summer. Greeley asked, "What are آپ going to do this summer, Leila?" She said, "I'm mostly going to relax and take it easy. What are آپ going to do?" He said, "I think I'll do the same, but we should do some fun things this summer. After all, summer doesn't last forever." She said, "You're right. We should do some fun things together." He said, "I'd like that." Later, Leila texted Greeley and said, "My aunt and uncle and I are going to the ساحل سمندر, بیچ this weekend. They کہا that I can bring one friend with me. I first asked Rita, but she can't come, because she's taking summer classes as well as taking on a summer job. Would آپ like to come with us, Greeley?" He said, "I'd love to, Leila." She said, "Great!" He asked, "Is your dog, Paul, going too?" She said, "Of course he is." The two دوستوں were looking آگے to their weekend getaway.
More Cards
1234567891011