First دن of School
posted by KaoruM
Kaoru woke up and got ready. It was the first دن of school; and she was excited. She couldn't wait to see Ms. Keane and her friends, Miyako and Momoko. After she ate breakfast; she parted with her family and skateboarded to school. She greeted her teacher and sat in her normal seat. After a little bit; the RRBZ came in and sat in nearby seats.
Kaoru felt a little weird being around older kids than her. She didn't know any of the students other than the Rowdyruffs and she was the youngest in her class. Since it was the first دن of school; everyone introduced themselves. Two kids ran into the room ten منٹ into class and gave Miss Keane a note. She read it and nodded. They sat near Butch. During lunch, Kaoru, Butch, Boomer, and Brick sat in the cafeteria.
"Those two who brought a note to the teacher are kind of strange." Boomer said. The others nodded in agreement.
"They are complete opposites. The گلابی haired one wears that weird scarf, even though it is hot outside, while his brother doesn't." Butch observed.
"Yeah, and not to men- " Brick was cut off سے طرف کی the sound of beeping. "What's that?"
"I have to go." Kaoru replied. Then she turned her attention to Miss Keane. "Miss Keane, I have a stomach ache!"
"Oh, my! Go to the nurse!" her teacher replied. Kaoru ran out of the cafeteria and to the roof of the school. She transformed into Powered Buttercup. The other two Powerpuffs met up with her. She opened her compact and saw Fuzzy and the Gang Green Gang causing mayhem. They flew and defeated the villains. After, they flew back to the school. They separated and went back to where they were. Now back as Kaoru, she explained to the Rowdyruffs why she left. The rest of the دن went smoothly and normally.
First Lessons
posted by KaoruM
Kaoru was in the park tapping her foot impatiently. She was waiting for the RRBZ to meet her so she could train them to be normal-behaving boys. But she was losing her patience because they were an گھنٹہ late. She was about to leave when three hooded figures ran towards her. They followed her into the forest. "Finally, آپ three were an گھنٹہ late." she growled. The RRBZ apologized and lowered their hoods. Kaoru grabbed a stick and the board she brought with her and set it up. Then she turned to them. "If آپ want to be normal, آپ can't be late for anything; especially school." she sighed. "Let's get started on your lesson." For an hour; she taught them how to act around other people an to respect adults (mainly the teachers and elderly). When they were done; Kaoru کہا that they were dismissed; but they insisted on hanging out with her. She shrugged her shoulders and went to the سکیٹ park with them. 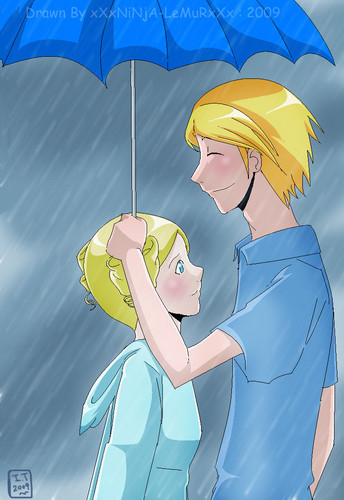 3
PPGZ meets hannah montana
added by ritathecat
i did not make this
video
ppgz
bubbles
blossom boomer brick
4
chapter one secrets
posted by hannamee
buttercup was new but she never knew this. she was veary spechle.
bc:hey guys
bloss:hey
bubbs:hey
brick:oh look its a hag and she stinks
bc:go suck on a big one
bommer and butch:oooooooooo man she told you
brick:lets just go i hate آپ hag
bc:go kiss bresturk
brick:whatever
bc:hey guys know something i feel magic in me like powers
bubbs:dih your a super hero
bc:not that that power idoit
bloss:maby آپ got gas
bubbs:ewww
bc:not this time i mean like never mind
in my verosan bc has a twin name jake
jake:hey bc and others
bloss:ok fine tell your sister theres no magic
jake:i feel it too i feel magic like wizard
bc:i feel like a witch
bubbs:you are a witch
bc: i wish i was a witch so a can take my جھاڑو stick and shuve it up your-
jake covers her mouth
bubbs stares crying then runs away
bloss:i hope your happy
bc:well i do feel magic
jake:me too
4
The big trick,buttercup and butch
posted by hannamee
Chapter 1:the paper
Mrs.kean:okay okay class settle down i'll be handing this paper for the school dance یا as آپ kids call it prom night,
Also there will be a singing contest and don't forget to pick
The homecoming queen and king ok and there's no winners
Or losers now have fun and good luck.

Blossom:omg the school prom hehehe I can't wait maybe hot
Guys will ask me out yes
Bubbles:I'm going to were my blue and gray dress it's really
Pretty
Buttercup:well while آپ guys are acting all pretty I'm going to the سکیٹ park
Mrs.kean:umm sorry to stop this conversation but آپ need to work now یا to...
continue reading...