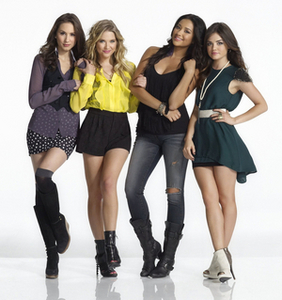 Pretty Little Liars' Troian Bellisario, Ashley Benson, Shay Mitchell, and Lucy Hale.
Horizon Scripted ویژن ٹیلی and Alloy Entertainment are set to begin production on the fourth season of ABC Family's hugely مقبول teen drama mystery thriller one-hour single-camera ویژن ٹیلی series "Pretty Little Liars". Primetime Emmy Award nominated casting director Bonnie Zane and two-time Casting Society of America Artios Award nominee Gayle Pillsbury are casting actors for guest starring, recurring, and دن player roles. Extras are being cast throughout the season. The network has ordered 24 episodes that will shoot beginning on March 15, 2013. The story is set in the fictitious town...
continue reading...
3
PLL - The Whole Story - spoiler alert!!!!!!
posted by BrookePLL
First off, the Alison that the liars know is not the real Alison, it is Alisons twin sister, Courtney who is crazy, and is pretending to be Alison. The real Alison is taking Courtneys place at a mental hospital. So, in short - the girls never really knew the real Alison.
fake alison was a jerk to Mona(well she was the most jerkiness) so, after fake alisons funeral, she became A.
mona was getting revenge on the Liars forfake alisons actions and all.
after mona fell off a cliff, instead of spencer, who had found out that mona was A, she was taken to a mental hospital
آپ may think this was the end of it, but آپ are wrong.
Real Ali comes back from the mental hospital to visit, then she becomes the سیکنڈ A.
after she supposedly gets locked inside a burning house, she Liars think it is all over.... but there is still مزید A text messages. did Ali survive, یا is there a new A
Pretty Little Liars Season 1 Episode 21 NEWS
posted by Girlzy
Watch Pretty Little Liars Season 1 Episode 21 Monsters in the End Online Stream - hello guys, nice to meet you. In this time i will share about a little information for you, I hope آپ like it and I hope آپ can enjoy to read it. This is about the pretty little liars my پسندیدہ tv show, and i think your پسندیدہ too. All the big شائقین of Pretty Little Liars must be hapy because Pretty Little Liars come with a new episode Season 1 Episode 21 and a new tilte Monsters in the End. link

Really I'll always see everyone wait to watch Pretty Little Liars s01ep21, and of course me is one of them. I think...
continue reading...
1
RUTHLESS - PRETTY LITTLE LIARS BOOK 10
posted by BuffyFaithFan1 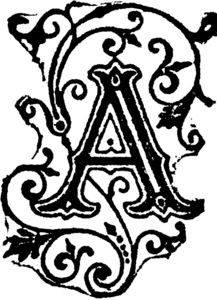 So آپ have read the books...

And you've seen the show! Season 1 is on DVD and season 2 is waiting for it's return later this winter.

You will find new A notes, new stories from the 4 girls, and better yet, possibly two مزید books. I have a feeling she will stop at an even 4 number (if she stops them)...
continue reading...
1
PLL #10 Ruthless منظر پیش
posted by mimialliwell
RUTHLESS, chapter one!
"Every Killer Deserves a Night Out."

On a Wednesday evening in early March, Emily Fields lay on the carpet in the bedroom she used to share with her sister, Carolyn. Swimming تمغے and a big poster of Michael Phelps hung on the walls. Her sister’s بستر was littered with Emily’s warm-up جیکٹ tons of oversized T-shirts, and a pair of boyfriend jeans. Carolyn had left for Stanford in August, and Emily relished having a space all her own. Especially since she was spending almost all her time in her room these days. Emily rolled over and stared at her laptop. A Facebook...
continue reading...
4
MAY CONTAIN SPOILERS!!! - Most Shocking Moments in the series up until the middle of Twisted!
posted by Nuttypeanut
I don't know about you, but I was shocked when these things happened!

1. When Mona hits Hanna with the SUV
2. When A returns after Mona dies
3. When Ian's body disapears
4. Ali sets the Poconos house on fire
5. Emily reveals she had a baby with Isaac
6. DiLaurentises reveal that Ali had a twin sister (Courtney)
7. Ezra gets arrested
8. The girls never knew Ali, only Courtney
9. Mr. Roland kissing Emily
10. Hanna being sent to the Preserve
11. Olivia scamming Spencer
12. Spencer having a surrogate mother
13. Patrick being a fake
14. Klaudia trying to steal Noel from Aria
15. Emily and Maya kissing
16. The pictures of Emily and Maya kissing passed around school
17. Toby commits suicide
18. Jenna is murdered
19. Alison kidnaps Melissa
20. The A notes continuing after Ali's death
21. Ali kisses Emily
22. Emily is sent to Iowa
23. Hanna receives fake fashion دکھائیں tickets


What shocked YOU?
1
PRETTY LITTLE LIARS شائقین ATTENTION!
posted by PoohBearVogue
I WAS WATCHING THE NEWEST EPISODE OF PRETTY LITTLE LIARS.WHAT HAPPENED WAS ALISONS MEMORIAL WAS DESTROYED,AS آپ SAW ON THE LAST EPISODE.THE GIRLS WERE DOING THE SATS AND A STORM BROKE OUT SO I GOT RESCHEDULED.ANYWAY I THINK I FIGURED OUT WHO 'A' IS.I THINK IT MONA BUT I THINK THE GUY THAT TOOK THE PICTURES AT THE DANCE IS WORKING WITH HER.EMILY WAS IN LOVE WITH ALISON SO SHE WENT TO THE MEMORIAL TO TAKE THE REMAINING OF ALISONS THINGS THAT WEREN'T DESTROYED SO HER SHOES WERE DIRTY.THE GUY'S SHOES WERE DIRTY TOO SO I THINK THAT MONA IS JUST ACTING LIKE SHE DOESN'T LIKE HIM BUT I THINK SHE'S SECRETLY WORKING WITH HIM.BECAUSE SHE'S 'A'.SO BASICALLY THEY ARE MANIPULATING HANNA.
SPOILER: PLL Twisted منظر پیش
posted by mimialliwell
Have آپ ever known anyone with nine lives? Like that daredevil who broke seven bones in his body last summer but somehow led his team in goals this lacrosse season. یا the two-faced girl who sat اگلے to آپ in geometry even though she cheated on tests and backstabbed her friends, the کتیا, کتيا always landed gracefully on her feet. Mrow. Relationships can have nine lives, too--how about the boyfriend آپ fought and made up with for two years straight? یا the conniving BFF آپ forgave again and again? She was never truly dead to you, was she? But maybe it would be better if she was. Four pretty...
continue reading...
3
سب, سب سے اوپر Ten Texts from A from PLL Season 1:
posted by BlackSunshine
1.“Maybe he fools around with students all of the time. A lot of teachers do. Just ask your dad. -A”
2.“Poor Spencer. Always want Melissa’s boyfriends. But remember, if آپ kiss I tell. -A”
3.“She knew too much. -A”
4.“There’s only so much آپ can bury, Emily. You’re not done with me yet. – A”
5.“Heads up, BFFs. It’s open season on liars and I’m hunting… -A”
6.“Rat me out, your blood’s next. -A”
7.“Lucky you, Aria! Other girls have to do their homework. آپ get to do the teacher… -A”
8.“Define ‘desertion.’ Seems like you’re about to lose Emily. Who’s next? -A”
9.“Breaking news, bitches: Spencer Hastings, your own person of interest in my death. -A”
10.“I’m still here, bitches. And I know everything. – A”
You Might Also Like...