[Hook 1]
I came in like a wrecking ball
I never hit so hard in love
All I wanted was to break your walls
All آپ ever did was break me
Yeah, آپ wreck me

[Verse 2]
I put آپ high up in the sky
And now, you’re not coming down
It slowly turned, آپ let me burn
And now, we’re ashes on the ground

Now that I have captured your attention
I want to steal آپ for a rhythm intervention
Mr. T, آپ say I'm ready for inspection
Show me how آپ make a first impression

Oh, oh
Can we take it nice and slow, slow
Break it down and drop it low, low
Cause I just wanna party all night in the neon lights 'til آپ can't let me go

When you're ready come and get it
Na na na (x3)

You ain’t gotta worry it’s an open invitation
I’ll be sittin’ right here real patient
All دن all night I’ll be waitin’ standby
Can’t stop because I love it, hate the way I love you
All دن all night maybe I’m addicted for life, no lie.
I’m not too shy to دکھائیں I love you, I got no regrets.
I love آپ much to, much to hide you, this love ain’t finished yet. This love ain’t finished yet…
So baby whenever you’re ready…

On the 23rd of November I am meeting Matt Smith (the 11th Doctor) for a تصویر shoot, and a signing! I am very lucky, I know.

I know how much آپ all want to say something to Matt Smith, so I want آپ to give me messages آپ want to say to him, for me to put in a massive card I am going to get him.

This is the perfect opportunity for آپ all to thank Matt, یا just let him know of your existence!

آپ can either کرائیں جمع what آپ want to say Here: www.ontheangelside.tumblr.com/submit

یا میل ای me what آپ want to say at this address: mattsmithletters@gmail.com

If آپ have any سوالات either میل ای me, یا send me a سوال HERE:

THANK YOU! Please send me things, I would hate to have an empty card!
3
I need your help!
posted by nivi20997
Hello everybody!

I'm just here to tell آپ about a stalker for me on Fanpop.

I know that guy and we were دوستوں last November. I loved chatting with him.

He had told me about his ex-girlfriend. And she also was my friend on fanpop.

He slowly started talking bad about his ex. I didn't like it at all!

One day, he told me that he has feelings for me. I explained him in the very best way that I don't want to get in a relationship.

I thought he was a good guy till then. And later his ex-girlfriend told to me that he is a BIG FLIRT!

And later I came to know that he deactivated his account.

And now he keeps stalking me with all his new accounts.

I seriously don't know how to get rid of him....

Just help me, سے طرف کی telling how to solve this...
3
x
posted by aimikazeee
[4:13:04 PM] melody: This was it. My boyfriend Harry Styles was about to come ہوم after three months on tour. I spent the whole entire دن cleaning the house and cooking just for his arrival. I even bought some lingerie at Victoria Secret, I usually don’t wear it because I see no point in it but I knew how much Harry loved it on me.

Throughout the whole دن he would send me text messages both naughty and nice ones. I wore my روب, چغہ on سب, سب سے اوپر of the lingerie and just the thought of him coming ہوم and seeing me then just take me into the bedroom and fuck me all night.

My thoughts were interrupted...
continue reading...
3
x
posted by aimikazeee
She heard his breath in her ear. “Are آپ stroking yourself for me, thinking about my mouth on you, Niall?” Lacey whispered into into the phone imagining him aroused and stiff heightened her own desires and she felt a pulse inside of her, between her legs, the beginning of moistening. She let loose a primal sound, envisioning his hard member as her free hand snaked under her شرٹ, قمیض to her breast, stroking the side and lightly caressing the hard nub upon it. “I’m right with you, baby.” She told him across an ocean. “I’m touching myself. آپ like it when I play with myself when I...
continue reading...
3
About my characters (this is mostly for me)
posted by misscrazel
Liliana: wavy blonde hair, one purple eye and one green eye. She's shy and nice.

Maria: she has red hair and big brown eyes. she's a bully.

I think that's all.
I'll post مزید if I think of anything else.

The اگلے دن Andrew and me went out for shopping and got some dresses, and also some sandals that reminded me of the one that Cindrella had.

It was very very pretty.

We went back to the park.

"Try it on and walk like the other girls" He کہا giving me the sandals.

I couldn't stand on that because I lost my grip and fell down.

He got a call from one of his friends.

They told told him to be at the park and also added that they were coming.

We both were seated at one of the benches in the park.

Before that he asked me to take my glasses and asked me to wear the dress and sandals that we bought...
continue reading...
13
What to say when ordering a پیزا
posted by karolinak1999 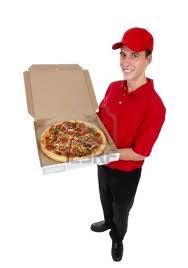 1. If using a touch-tone, press random numbers while ordering. Ask the person taking the order to stop doing that.

2. Make up a charge-card name. Ask if they accept it.

5. Terminate the call with, "Remember, we never had this conversation."

6. Tell the order taker a rival پیزا place is on the other line andyou're going with the lowest bidder.

7. Give your address and exclaim, "Oh, just surprise me!" and hang up.

8. Answer their سوالات with questions.

9. Tell them to put the crust on سب, سب سے اوپر this time.

I went step سے طرف کی step towards the covers. Before I could find out who it was actually, he یا she got out of the covers. آپ know what? It’s none other than, Mr. Andrew Fedrer!
Yes, he was under my covers.
Wait! What was he doing under my tent?
“W-what are آپ doing here?” I made them to spill out somehow.
“Did آپ see the unfinished one?”
I nodded.
“Yeah! That’s nine and do آپ mind if I stay here?” he asked me.
My دل wanted me to say NO. But my mind wanted me to ask him “Why are آپ here if your دوستوں are out?” The battle between my دل and mind ended with...
continue reading...
6
the mirror of fate chapter one: the chosen lands
posted by misscrazel
June 17th 100,000,000 BC 12 O'clock at night
Four children are born, quadruplets, the youngest born at the strike of midnight. The first child is named Queverial, the سیکنڈ Ceelarion, the third Ierailiasha, and the last one is named Mist. The father decides the last child should have a complex name as the others do but the mother has made up her mind that Mist is the perfect name.
Then she sends them through the mirror of fate to find there destiny and they may never return if they do not find it in time. 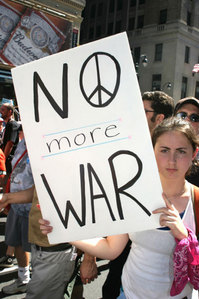 the objection of the war on iraq
that دن is the anniversary دن of the fall of Baghdad (the beginning of the U.S. occupation of Iraq) a lot of American soldiers and Iraqi soldiers died and some had a partial disability یا holistic there is no victory because both sides lost a lot of lives because of not listening to the opinion of people when President بش Declaration War on Iraq hundreds of Americans and people around the world objected and condemned the war on iraq, but he did not listen and make war like it his own war using prohibited weapons (cluster bombs), which many kids died when they were playing in streets and...
continue reading...
13
SANA'S FIRST KISS
posted by Apiah
There was a super gorgeous girl named Sana . her stunning hairs, beautiful face , seductive lips were enough to tempt any boy to kiss her , no girl could match her beauty despite of all good qualities there was something that was making her worried and sick and it was her mental condition , when she was 4 she was cursed سے طرف کی a WITCH that every دن at 12 noon she would become mental for an گھنٹہ and she was told that a kiss from a super hot boy will get her rid of the CURSE.....since then she desperately waited for that super hot boy ......... one دن exactly at 12 noon she came out of her house...
continue reading...
8
Trolls have taken over the Interwebz. >.<
posted by LindsayRae08
Trolls are the main cause of people wanting to leave websites. This is really PATHETIC. I have no knowledge of why these people do these things, یا why people give into it... I wish trolls would get a life and live it instead of terrorizing other people and lowering their self esteem. If you're a troll and آپ think it's funny, think again. Trolling is only funny on Memes & Rage comics. Trolls are pointless.. They're just big bullies that don't give a flying squirrel's butt bout other people's feelings and lives. This might be redundant but I don't care. TROLLS, GET A LIFE AND STOP MESSING WITH OTHER'S LIVES, آپ SICK, SICK PEOPLE.

آپ have no place to tell ANYONE how to live, یا what they are, یا even if they annoy you. Stop making people feel like crap just because your life sucks, یا because آپ think it's fun. Get out in the REAL world and do something about it. 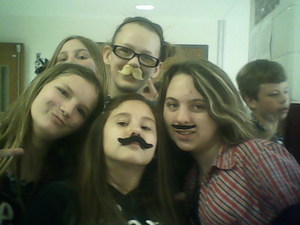 i'm the one in the middle with the brown hair!
Hey! Everybody yesterday (4-19-2012) was mustache day! So who ever didn't wear a mustache آپ should of! آپ want to know why? Then i will tell you!(not!)(no i will tell you!) Cuz mustaches are awesome! i know your jelly! why? Cuz آپ don't have an awesome mustache like me! ( in your face!) ^_^ I'm sorry for hurting your feelings. It's just that I have a awesome mustache and آپ don't! i need to go to my interview now if آپ like آپ can stick around.
person 1: so how much do آپ like mustaches?
me: well this is the only time i will have a mustache till اگلے سال so.....idk!
person 1:come on...
continue reading...
9
Read some very funny answering machine messages
posted by australia-101
These are supposedly actual answering machine announcements.

1. My wife and I can't come to the phone right now, but if you'll leave your name and number, we'll get back to آپ as soon as we're finished.

2. A is for academics, B is for beer. One of those reasons is why we're not here. So, leave a message.