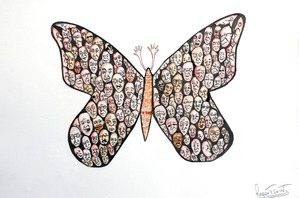 The wizard سٹار, ستارہ is known to enjoy drawing and painting in his spare time and has produced an elaborate, coloured تیتلی sketch – a theme which was chosen to represent the beauty of all lives, however short they may be.

Grint’s artwork will شامل میں the creations of many other شخصیات مشہور including Coldplay, Theo Walcott and Fearne Cotton.

2.Rupert comes from a big family too, he has 1 brothers and three sisters. He also is the eldest.

3.Rupert has been in school plays too, having been in Rumpelstilskin (as the عنوان role) and in Noah's Ark (as a fish, to which جے Leno commented: "You must have been one heck of a fish!")

4.After knowing about the Harry Potter auditions from Newsround, Rupert enlisted the help of his Drama teacher. For his audition, he sent a video he made of himself, wherein he dressed as a girl, while rapping about how much he wanted the part....
continue reading...
4
Rupert Grint planned post-Potter makeover
posted by HaleyDewit
Actor Rupert Grint is planning to follow his Harry Potter co-star Emma Watson's lead سے طرف کی completely changing his image to mark the end of the wizard franchise.

The stars wrapped filming on the final installment of the movie series last سال and Watson celebrated سے طرف کی chopping off her locks to sport a long-desired pixie crop.

And Grint is also planning a drastic transformation.

He tells Britain's Daily Star, "I'm going to shave off my hair یا at least dye it. People always recognise me because of this hair.

"I am a proud ginger and surprisingly don't get much ginger abuse. But I definitely need a change."

The final film, Harry Potter and the Deathly Hallows: Part 2, is set to hit cinemas in July.

Beginning in 2002, Grint began to work outside of the Harry Potter franchise, taking on a co-leading role in Thunderpants. He has had starring roles in Driving Lessons, a dramedy released in 2006, and Cherrybomb, a small budgeted drama released in 2010. Grint co-starred with Bill Nighy and Emily Blunt in Wild Target, a comedy. His first project following the end of the Harry Potter series will be Comrade, a 2012 anti-war release in which he stars as the main role.


“I have to say, after experiencing so many spoiled young Hollywood stars, it was a pleasure meeting someone so humble, polite, and down-to-Earth.”

“There is a warmth about Rupert, which is absolutely part of the character of Ron. Ron is kind and thoughtful and slightly insecure, and has a generousness of spirit that I also see in Rupert. There are no short cuts with children. آپ have to see as many as possible until آپ find the one who has the spark you’re looking for. I’ll go anywhere – primary...
continue reading...
Happy Birthday Rupert Grint!
posted by fan-at-KWN 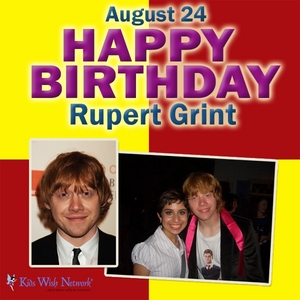 In 2004 we granted a wish for Alexandra, a Harry Potter پرستار suffering from spina bifida and hydrocephalus. For her wish, Alexandra was دیا the opportunity to attend the premiere of Harry Potter’s third major motion picture, The Prisoner of Azkaban, in New York City, and got meet members of the cast! 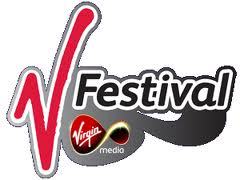 V Festival
V Festival, sponsored سے طرف کی Virgin Media , is back for its fifteenth anniversary and once again we've got a cracking line-up being headlined سے طرف کی Kings Of Leon and Kasabian. The biggest and best festival of the سال taking place on 21st and 22nd August 2010. شائقین can book V Festival Tickets from GigSport.com.


Rupert Grint does not count himself among the massive number of males who probably want to smooch Emma Watson.

"It was actually okay," Grint, 22, کہا of his onscreen kiss with Watson in Harry Potter and the Deathly Hallows, which opened in theaters Friday. "It was just the anticipation. Neither of us were looking آگے to it."

Grint does, however, acknowledge that may seem a bit unbelievable to most fans.

"It sounds crazy, Emma's amazing," he says. "I've seen her grow up and known her since she was nine. It just doesn't feel right."