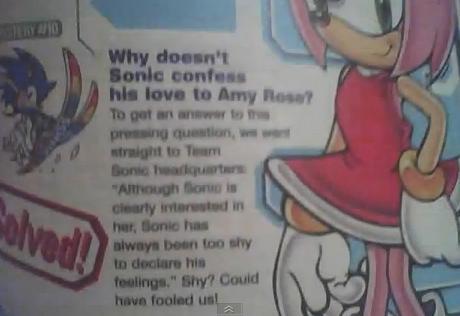 Proof that Sonamy is real

added by Sally_Fan
i had to admit it's a cute couple. but to tell آپ the truth i never really believed Sonamy was a real Sonic couple. i actually always thought Sonic never loved her. but boy was i wrong. now that i've seen this i actually prefer Sonamy over Sonsal :)
تصویر
sonic
amy
sonic the hedgehog
amy rose
sonamy

Blazingflame, Ysaieedi and 4 others like this
END_OF_DOCUMENT_TOKEN_TO_BE_REPLACED
loading additional comments...
highfiveghost no it isnt nearyuza there and there not like humans my dog has been with older dogs and made puppies so no
Sally_Fan lol
soniconpudaisy i knew this couple was real from the start. :)
NearRyuzaki @highfiveghost Humans are animals, they evolved from apes(also an animal) Humans can make offspring after the start of puberty, a 20 year old can mate with a 50 year old,so yeah age doesn't matter. PS learn to spell my name
Goldilottes This SO proves that Sonamy is real and that they're in love.. Even though peeps obviously don't need proof since its so obvz anyway xP Such a realistic & awesome teen romance story. Sonamy is awesome cos its action and friendship as well as being in love, which is what its really all about ..not kissing and 'going round the back of the bike sheds for it' Just to clarify, Amy is usually portrayed as 12, Sonic as 15 and Sally is 17 /18, So there's a similar age gap between the three of them.
Eizabella_Tiger I been knew is real i send fan letters 2 sonic and he told me he likes her but the problem is that if he told her how he feels than she go crazy btw amy is 18 now T_T and sonic is 20 T_T they all grew up T_T
shadowknuxgirl I won't believe it until I hear Sonic say "I love you Amy" -_-
shadowknuxgirl I'm also with NyarRyuzaki.
Sally_Fan in the Japanese version of Sonic X he actually says "i love you Amy"
NearRyuzaki ^anime and archie comics are non-canon, only the games are
Sally_Fan canon means different types. and btw Sonic X was based off one of the Sonic games. besides the comics, the shows, and the games are all canon they're just [i]seperate[/i] canons
NearRyuzaki ^ unless stated as canon by the creators then any other work for the verse is non-canon. technically non-canon is a type of canon anyway. being based off the games means nothing, pokemon is based off the games and the games are the main canon.
shadowknuxgirl ^ thats true. I unsterstand different canons. For me it's like this: Comics: Sonsal Games: Sonaze I will never support Sonamy and not even SEGA will change that.
wishbonelove im confused. i hear that SEGA says that they wont be together, then i hear that they are. Im lost...
highfiveghost nearyuzki your rught but that was way long before like crodiles they eat thier kid thernt like us
NearRyuzaki ^ some humans do that, cherry picking the most civilised people means nothing.
sonic1stfangirl SHADOWKNUXGIRL U BETTER QUIT IT OR ELSE DOOOOOOMMM!!!!!!!!!!!!
Sharpey_Penguin Well, I can understand the magizine. There again magazines are filled with stupid gossip and rubbish, am I right? But it could be true that he may be a little shy ... and .... well .... stuff. X3 But maybe that magizine is old. X)
mariofan14 No wonder Sonic's a wuss up to Amy, but not for some people, like me.
shadowknuxgirl @sonic1stfangirl everyone has an opinion. My opinion is that I don't approve of Sonamy and never will. And no one, not even SEGA, will change my mind. So deal with it.
SonicFanGal YES! I totally agree Sally_Fan! I have a pic of this but it's kinda different.
Sonicraze How could anyone think Sonamy was faked/ The two are made for each other.
stacycam -w- they should be brother and sister erm didnt sega say that they wernt going to pair them up. 0.0 amy's such a little girl though, she hits him with her hammer all the time so y?
Uncle-Chairman It will take a lot more than an unofficial magazine to convince me that Sonic is somehow hiding feelings for an obsessive fangirl who chases him without warning, ignores his protests, threatens potential love rivals, and at times even gets angry at Sonic himself for rejecting her advances. She's too blinded by obsession to know how to respect Sonic and his feelings, even if she does have a better track record when it comes to other people.
Poppersbob16 *stacycam* well at least amy has one thing better than sonic (or more things), and that's "doing flips in sonic boom, having a hammer, has manners more than sonic sometimes" Sonic you know she worries about your sorry little *** so if you love amy or not than well? 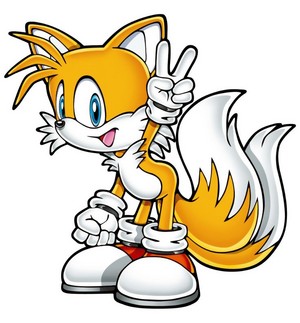 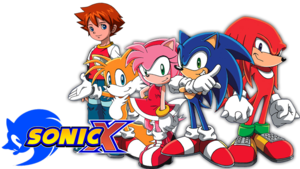 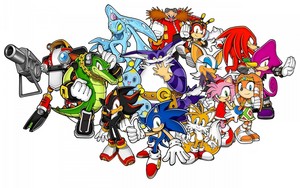 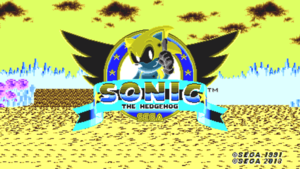 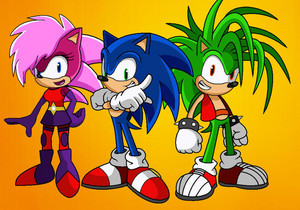 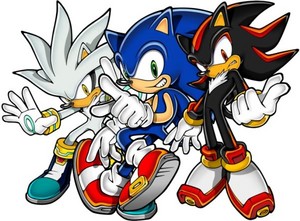 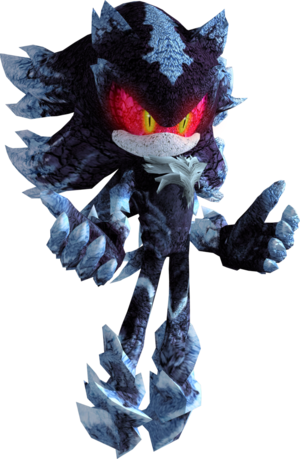 Mephiles The Dark Animiert
added by sonicfanx134
The shadow problem
posted by gfdcf
Welp time to get some crazy fangirls to hate me and wish death upon me. I don't really like shadow that much I mean he is cool but he would be one of my پسندیدہ if it wasn't for this.So آپ know sonic adventure two right everbody loves it.Also a new character was intreduced at the time when it was released and that character was shadow.I will admit this guy was pretty much a badass in that game but there is one part that I love in this game beside faker and I'm just a hedgehog who loves adventure.it was when shadow sacrifice his self. that was a beautiful moment almost made me cried when...
continue reading... 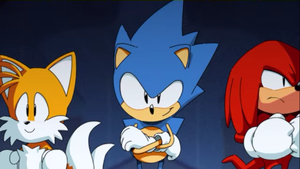 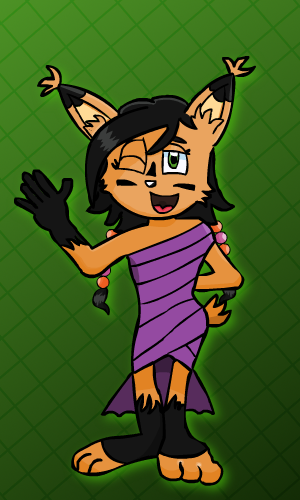 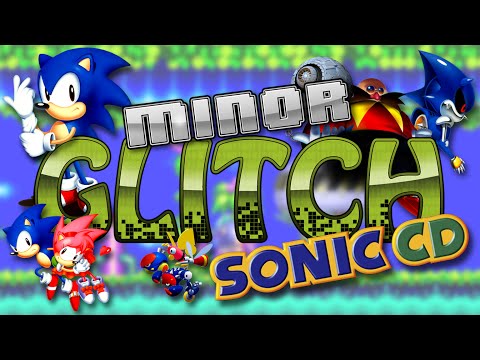 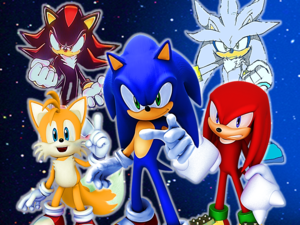 sonic and his 2 دوستوں and 3 rivals
added by stevensmorgan22 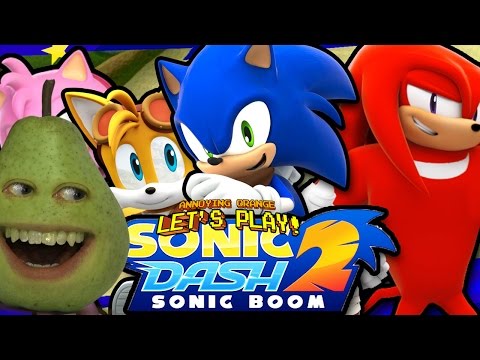 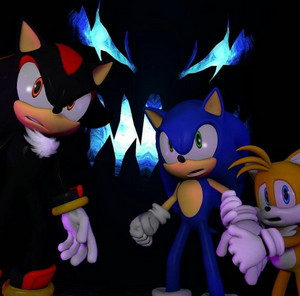 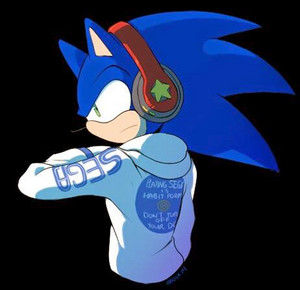 Sonic the hedgehog
added by kicksomebut23 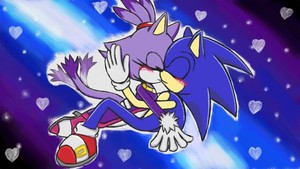 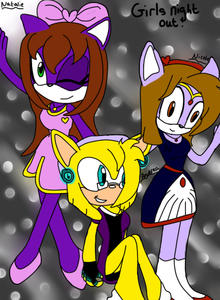 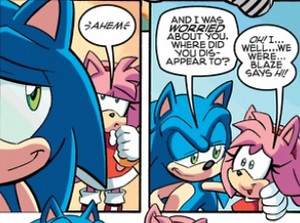 SonAmy in the Archie world!
added by ameliarose2002 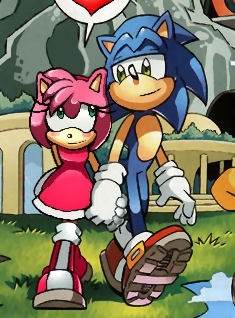