7
Bloody Mary Quotes
posted by Lucia322
Sam: I take it I was having another nightmare.
Dean: Yeah. Another one.
Sam: Hey, at least I got some sleep.
Dean: Dude, I earned that money.
Sam: آپ won it at a poker game.
Dean: Ye-eah.
Sam: Now, the newspaper کہا that his daughter found him. She کہا his eyes were bleeding
Man: What? The man's? They practically liquified!
Man: Capillaries can burst. I see a lot of bloodshot eyes in stroke victims.
Dean: Yeah? آپ ever seen exploding eyeballs?
Sam: Might not be one of ours. It might be just some freak medical thing.
Dean: How many times in Dad's long, varied career has it actually been a freak medical thing? And not some sign of an awful supernatural death?
Sam: Almost never.
Dean: Exactly.
Sam: So we gotta تلاش local newspapers, public records as far back as they go. See if we can find a Mary who fits the bill.
Dean: Well, that sounds annoying.
Sam: No, it won't be so bad, as long as we, ahh ... Huh. I take that back. This will be very annoying.
Sam: (gasps out loud and jerks awake from another nightmare) Why did آپ let me fall asleep?
Dean: 'Cause I'm an awesome brother. So, what did آپ dream about?
Sam: Lollipops and candycanes.
Sam: So, did آپ find anything?
Dean: Besides a whole new level of frustration? ...No.
Charlie: I'm insane, right?
Dean: No. You're not insane.
Charlie: God, that makes me feel so much worse.
Sam: Hey, night vision?
Sam (night vision is on and Sam sees Dean's face on the screen)
Dean: Do I look like Paris Hilton?
Dean: آپ know, her boyfriend killing himself, that's not exactly Charlie's fault.
Sam: آپ know as far as I do, spirits don't exactly see shades of grey, Dean. Charlie had a secret, someone died. That's good enough for Mary.
Sam: So maybe we should try to pin her down. آپ know, summon her through her mirror and then smash it.
Dean: Well, how do آپ know that's gonna work?
Sam: I don't. Well, not for sure.
Dean: Alright, آپ know what? That's it! This is about Jessica, isn't it? آپ think that's your dirty little secret? That آپ killed her somehow? Sam, this has got to stop, man. I mean the nightmares and... and calling her name out in the middle of the night. It's gonna kill you. Now listen to me, it wasn't your fault. If آپ want to blame something, then blame the thing that killed her. Alright, why don't آپ take a سوئنگ, جھول at me? I'm the one who dragged آپ away from her in the first place.
Sam: I don't blame you.
Dean: Well, آپ shouldn't blame yourself, 'cause there was nothing آپ could've done.
Sam: I could have warned her.
Dean: About what? آپ didn't know it was gonna happen. Besides, all of this isn't a secret. I know all about it. It's not gonna work with Mary anyway.
Sam: No آپ don't.
Dean: I don't what?
Sam: آپ don't know all about it. I haven't told آپ everything.
Dean: What are آپ talking about?Sam: Well, it wouldn't be a secret if I told you, would it?
Dean: No... I don't like it. It's not gonna happen. Forget it.
Sam: Dean, that girl back there is going to die unless we do something about it. And آپ know what? Who knows how many people are going to die after that? Now, we're doing this. You've got to let me do this.
Dean: Sammy. Sammy?
Sam: It's Sam
Dean: Hey, Sam?
Sam: Yeah?
Dean: This has gotta be like, what, 600 years bad luck?
Sam: Charlie? Your boyfriend's death. آپ really should try to forgive yourself. No matter what آپ did, آپ probably couldn't have stopped him. Sometimes bad things just happen.
Dean: That's good advice.
Dean: Hey, Sam?
Sam: Yeah?
Dean: Now that this is all over, I want آپ to tell me what that secret was.
Sam: Look, you're my brother. And I'd die for you. But there are some things I need to keep to myself.
lucivy111, 67impala and 5 others like this
xBlueBloodVampx parts of this made me laugh, ahaa. (: 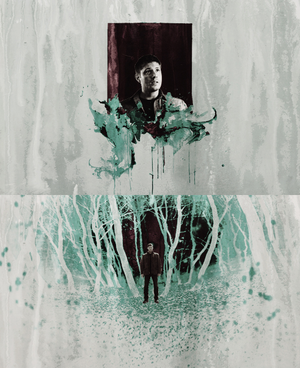 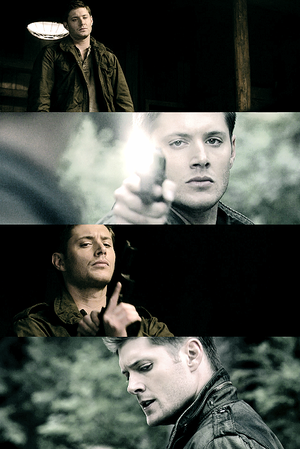 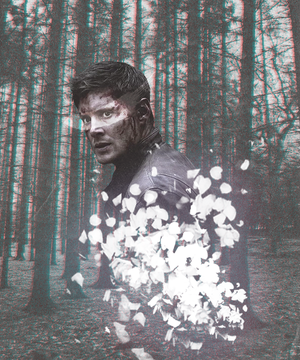 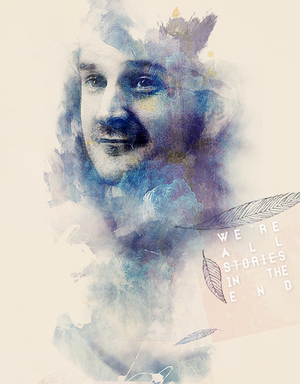 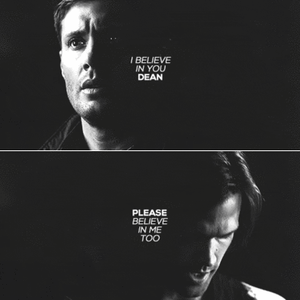 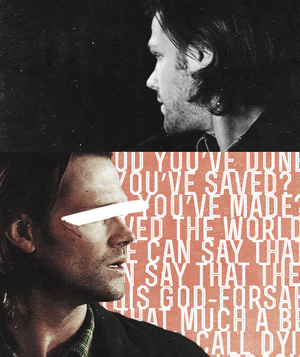 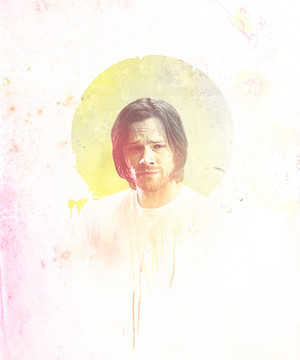 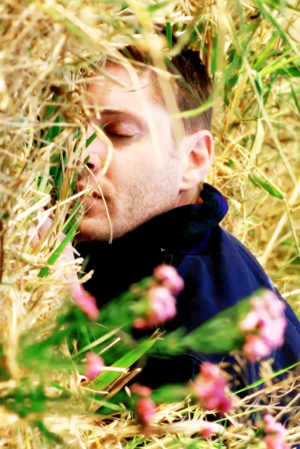 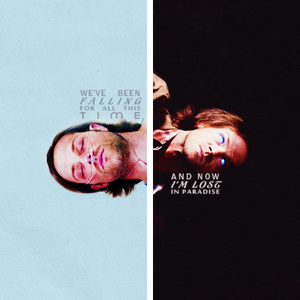 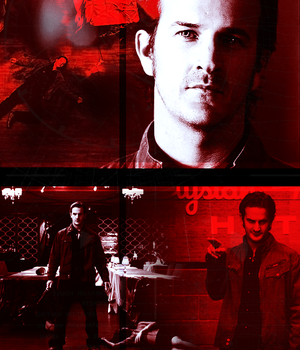 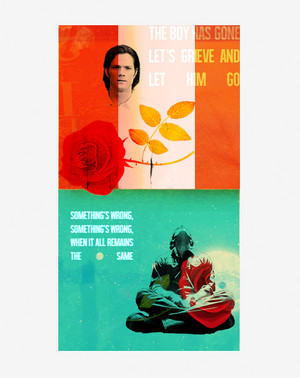 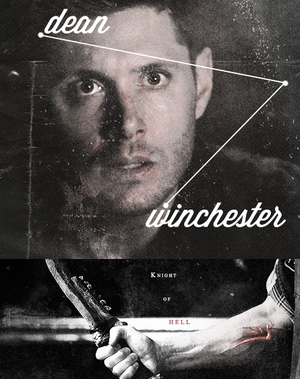 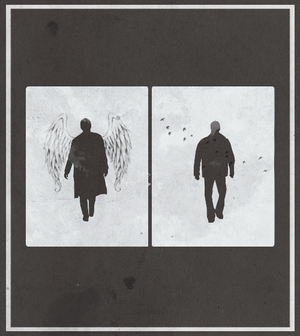 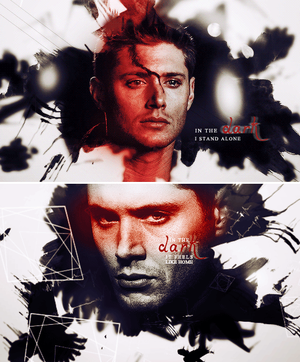 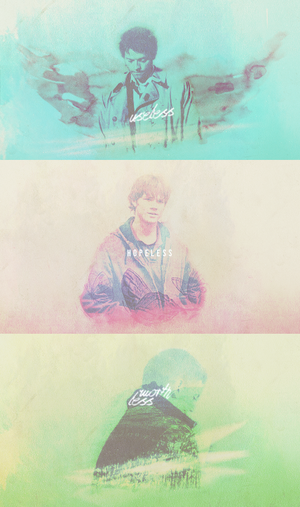 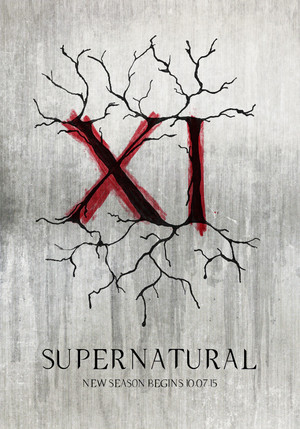 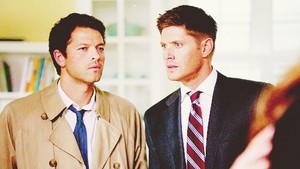 Dean and Castiel
added by bouncybunny3 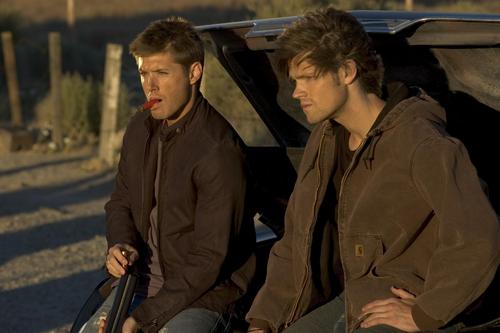 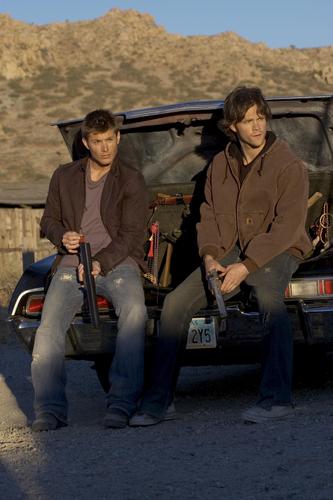