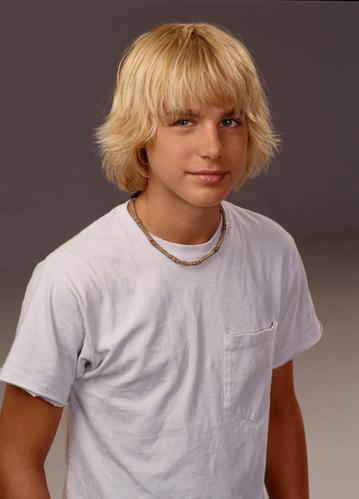 I limped around my بستر room for a few منٹ and then I went over to the stairs. I stared at the stairs for a سیکنڈ and then I took one step آگے but cold arms picked me up and walked down the stairs with me. Thanks. I thought.I limped into the باورچی خانے, باورچی خانہ and I saw a bowl full of water in it that had my name on it. Yes, it literly did have my name on it. Edward, I want to go hunting. I thoughtYou can't go hunting. He کہا walking into the kitchen.Yes, I can! I thought.How are آپ going to hunt, when your shoulder is hurt? He asked.You're going to catch an animal for me and bring...
continue reading... 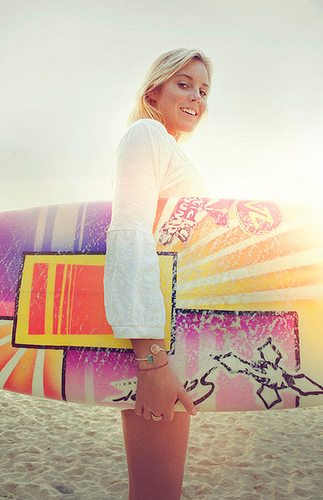 1
Addi
added by surfergal
Source: This is Leila Hurst she is a surfer. I don't own this. 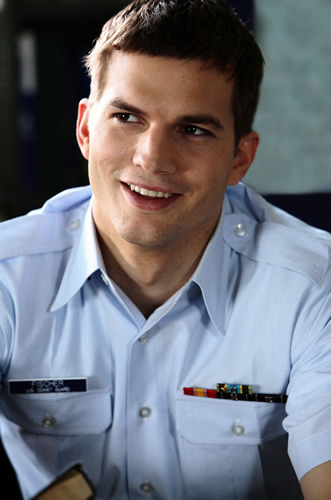 Max
added by surfergal
Source: don't own this and I don't know who does
1
Opportunity of a Lifetime Chapter 7
posted by surfergal

I went upstairs and sat in the same spot. I loved surfing and I almost loved watching people surf more. I watched Jake go back out and surf till everyone got ہوم from school. When everyone came ہوم from school they stopped and greeted me.
Hey Loryn! Is Jake treating آپ like a princess? Paige asked.
I just smiled and کہا yes.
Paige کہا that she could tell that he liked me but I hadn't دیا any signs away that I knew that could even give a hint to me liking Jake.
Well good! آپ deserve it! She said.
Paige! Let's go, your late for training. Gary yelled
Oops! See ya! Paige...
continue reading...
1
Samantha's Story Chapter 38
posted by surfergal
Samantha 38

Even though I feel asleep easily, I didn't stay asleep that long. I thought I felt something cold wrapp around my neck. I told myself it was just a dream. I kept telling myself over and over it was just a dream.
Or was it a dream? I heard someone say.
Who's there? I asked.
I felt cold hands grip my shoulders and I woke up screaming. I opened my eyes and there was the whole family standing in my room Rosalie and Emmett were right سے طرف کی myside. I was breathing so hard and I...
continue reading...
2
Opportunity of a Lifetime Chapter 5
posted by surfergal
Opportunity of a Lifetime chapter 5

After playing a round of pool which I lost terribly in, it was time for bed.

The اگلے morning I had the worst wake up call-slash-prank ever. The guys came into my room with a metal pot and a spoon, making as much noisy as possible. I am pretty sure of that. I just kind of rolled over and pulled my تکیا over my head.
Hey! Wake up! Leo said.
I'll be up in few. I mumbled.
If آپ don't, we're going to throw آپ in the pool! Jake warned.
They wouldn't do that to me! I thought.  I am so jet lagged. I just needed some مزید sleep. I kept thinking.
Okay, Jake...
continue reading...
1
My Life As Oceana Chapter 1
posted by surfergal
My Life as Oceana

I came up gasping for air to fill my lungs. I
wiped out while surfing and it was a bad beating
from the waves. It was head-over today and of course I skipped school that
day so I could go surfing. I was done surfing for the day. It was about 5 o'clock in the afternoon. My mom had sent a note to school saying that the
waves were going to be head over and I was unable to attend today. I was stoked that my mom wrote a note to the school. Who's mom really does that. I grabbed my towel hanging for the from the
lifeguard stand and headed towards my Land Rover. I opened the back slide...
continue reading...
2
Samantha's Story Chapter 40
posted by surfergal
ارے guys! I am so sorry that I am just now posting this story!!!! I thought I had گیا کیا پوسٹ this!!!! Again I'm so so sorry!!!!

Samantha 40
When u woke up I was lying on Seth's chest. He looked so concerned even though he was asleep. I didn't want to wake him so I stayed still. He woke up a few منٹ later and
I acted like I was still asleep. I felt his finger tips moving my hair out of my face.
I woke up and Seth smiling at me.
Thanks for staying. I said.
Your welcome. He told me.
About then both of our stomachs growled.
Wantto go get something to eat downstairs? I asked.
Sure. He said. ...
continue reading...
5
Samantha's Story Chaoter 20!!!!!
posted by surfergal
Samantha 20

Matt? I ask.
Samantha, wow آپ look beautiful. He said.
Thanks. I said.
I ran down the stairs and gave him a hug.
What are آپ doing here? I asked.
I came for your birthday. He said
Wow, thanks. I said.
Come on Sam, آپ have to see the backyard! Alice said.
Okay. I کہا while laughing.
Alice always gave me the giggles when she was happy.
Alice covered my eyes and walked me out to the backyard.
She stood me in one place and then took her hands away from my eyes.  When I open my eyes I heard a crowd of people yell surprise!  I didn't have any words to say after everyone...
continue reading...
2
My Life As Oceana Chapter 2
posted by surfergal
Guys, I'm sorry that it has taken so long to writerhis little bit!!!!!! I have major writers block and I have been so busy with school an everything! Again I'm so sorry. Hope y'all enjoy!

My Life As Oceana 2

Oceana, Brad is here. Dad yelled.
Thanks, I'll he right down. I yelled back.
I quickly slipped on my کشتی shoes, grabbed my cell and stuck a tube of chapstick in my pocket.
Hey Brad. I کہا whil coming down the stairs.
You look cute. He said.
Thank you. I said.
He gave me a quick kiss on the lips. Brad didn't carethat he kissed me infront of my parents because we've been together for...
continue reading...
3
Samantha's Story Chapter 28
posted by surfergal
Samantha 28

When Emmett kept telling me no it was making me mad but not enough to where I could shift.
Emmett, remember that time that Bella Ickes your butt at arm westling? I asked.
Yeah, why? He asked.
Ugh! I swear, can't آپ just piss me off enough to where I'm shaking and about to shift. I said.
Samantha, آپ are mad. Your not going to shift. He told me.
Yes I am. I said.
I started thinking of the fight between Garrett and I. Oakley didn't even try to stop the fight. He just ignored me and stood back to watch. Surely he didn't know that the fight was going to happen.
No, he didn't...
continue reading...
4
Samantha's Story Chapter 24
posted by surfergal
Samantha 24

I watched tv for a little bit and then went and took a shower. I was sotored سے طرف کی the time that I got to finally go to bed. I woke up really early that morning and looked out my window and there was snowing falling down hard. I stared at it for a moment and then went downstairs.
Hey Emmett. I کہا walking into the livingroom.
Hey, there is no school today but Sam called and کہا that he was coming over. Emmett told me.
Oh okay. Thanks. I said.
I had thought about going surfing but it was was too cold outside. I decided to take a شاور and then to just wear some sweatpants and...
continue reading...
4
Samantha's Story Chapter 15
posted by surfergal
Samantha 15
I want to thank all of my شائقین that read my stories!

I sat there with Matt for a long time before I told him I hadn't seen my parents yet.
You need to go see them. He told me.
I don't know what to say. It'll be awkward. I said.
I'm sorry but آپ should go see them now. He said.
I know, I'm trying to think of a way to start a conversation with them because I don't know what to do. I told him.
Wait, do about what? He asked in confusion.
They're the ones who sent me away. What am I suppose to say. Hey, I'm back! Do y'all love me still? I told Matt.
Sure if that's what آپ want...
continue reading...
7
Samantha's Story Chapter 10
posted by surfergal
Samantha10


When I woke up, the son had already risen. I thought to myself why bother trying to make it to school if آپ are going to be late. Carlisle walked into Oakley's room.
Samantha, your dad wants آپ to some ہوم and get ready for school. He told me.
Okay. Thanks. I told him.
I went to my car and drove home. Alice was waiting for me when I got out of the shower. She made me wear shorts and a cute tank top. I put in my Sperrys, grabbed my backpack and other school work and headed out the door. When I got to school as usual no one talked to me. I saw Garret four times and کہا ارے to...
continue reading...
5
Samantha's Story Chapter 16
posted by surfergal
Samantha 16  After I left the ساحل سمندر, بیچ I went back to the hotel and took a شاور before going to see my parents. Before I got into the شاور I looked at my shoulder and it was swollen pretty bad. I barely touched and it sent a shot of pain through my whole arm and shoulders. I decided that a cold شاور would help the swelling just like a bag of ice would do. I got out of the شاور and i was absolutely freezing. Taking a cold شاور was the wrong idea. I put on my regular clothes which invovled of course shorts and a tishirt and tuen I headed to my parents house. I'm only 16 and I'm calling...
continue reading...
2
Samanthas Story Chapter 41
posted by surfergal
Samantha 41

When I woke up it was 12 o'clock in the afternoon.Seth was looking down at me while playing with my hair.
Good morning sleepy head. Seth said.
Good morning. I tried saying.
My voice was completely gone.
What's wrong with my voice? I asked.
Everything kept coming out all hoarsed. It soundedbad, really bad. Carlisle came in and took my temparature and some blood. I had a slight fever and I didn't really know why he took the blood.
You need something to eat. Seth said.
Nah, I'm not that hungry. I said.
Come on eat a little something. He said.
Nothing sounds good. I told him.
Fine but your...
continue reading...
6
Samantha's Story Chapter 19
posted by surfergal
Samantha 19

I went to late and the اگلے morning I had to get up and go to school. Matt was on my mind some of the دن but I knew that I needed to pay attention to the teachers. I didn't really want to stay after lunch so I skipped and went to the beach. I had already planned that morning to go surfing so everything was already in my car. I was at the ساحل سمندر, بیچ within 5 منٹ and pulled on my wetsuit. I ran into the surf and surfed all day. At sunset I decided to go ہوم because I was exhausted.
Hey Samantha, where have آپ been? Alice asked as she greeted me at the door.
The beach. I aswered. ...
continue reading...
More Cards
1234567891011