A mysterious, mostly calm at the beyblade battle, character who first appeared in ep. 24. Ginga and Tsubasa walked to the tournament together and is the opponent for the episode. His beyblade is Earth Aquila.

Season 1:
He has been giving hints to Ginga before and throughout the tournament.

From ep. 26 to ep. 37, he got involved with Daidouji's company to investigate the weak point of Ryuga's beyblade because his goal is to defeat Ryuga (the strongest beyblader in Daidouji's group). In ep. 35, he began to اقدام to find out information to...
continue reading...

Beyblade Tsubasa Tribute
added by SaphirePrincess
A Tribute To Tsubasa, Song: Wild Side Artist: Motley Crue.
video
Who is the real Tsubassa chapter 5.
posted by Julie-alice
'So what you're saying is that Kyoya can beat me again?'.Nikora asked confused.

'ME'.Da shan said..'No'.Nikora said. Now that was one سوال she always کہا no to.It was hard How could she beat Da shan? 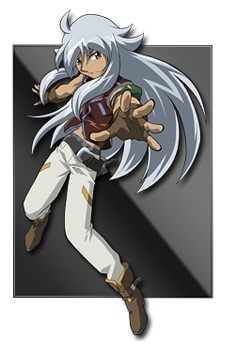