Rank in Faction- None

Story- She's been alone as long as she can remember, living on the streets, avoiding the wars. She used to live in an orphanage, but it was destroyed in the fighting, forcing the girl to flee and fend for herself. Anita is very bright, bookish really, and has a knack for remembering things, though she doesn't really flaunt the fact.
Ranult of Myr
posted by Rogue475 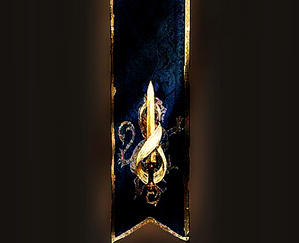 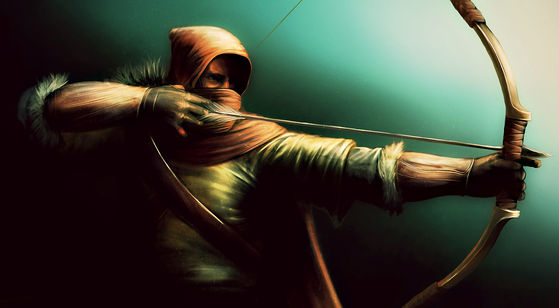 Power¬
Holds the Blood of the Eternal Fire, which can be used to enchant any weapon. Blades touched by...
continue reading...
Ser Aeden of House Reyne
posted by Rogue475 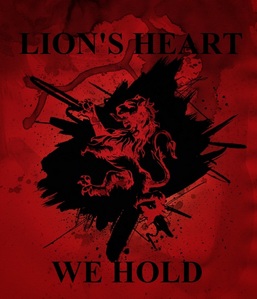 Title¬
First Officer of the Kingsguard, In line for the عنوان of Lord Commander. 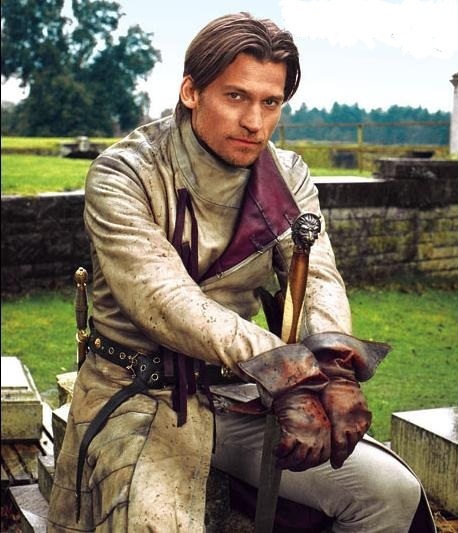 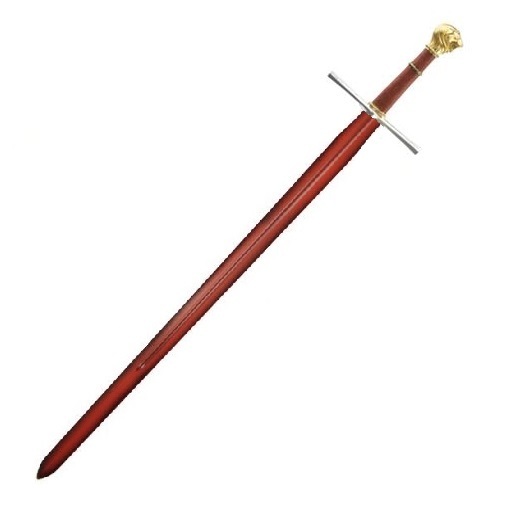 Weapon¬
Dracarys, [Old Valyrian word for "Dragon fire"] A costly sword دیا to Aeden from his Father; Lord of House Reyne and the great Keep of Castamere. As is custom for each heir of the Reyne...
continue reading...
Information for Pax Heishi - The تلاش for Peace
posted by Blaze_of_Ares
This is the information for the rp link

General Tokikaraya, holds the biggest piece of the empire, called the nation of Haramui. He is the last who stays true to the original Empire. He holds half of Russia and مزید smaller countries. 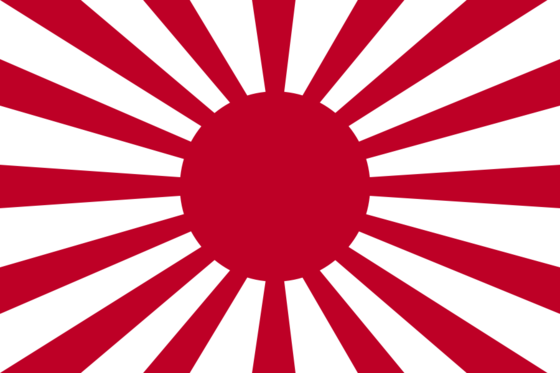 
Lord Nobunaga Oda, a warlord who has taken over many territories. Many fear him and he is known as The Demon King because his powers and kekei genkai are very dark...His nation is Oda. 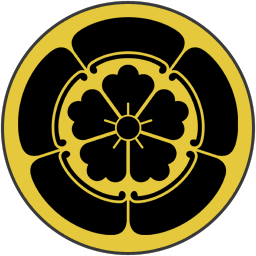 Lord Uesugi Kenshin, another warlord, he is known for his brains and skill in battle and is known as Kenshin the God of War. His...
continue reading...
The Races of War of the Universe
posted by Nicolicious
The Keepers
The Keepers are a race of sentient beings who's main purpose is to keep Order and Chaos balanced across the Universe.
They say they come from a planet called Serca, somewhere outside of our Universe. No one really knows for sure.
The Keepers use little communication with us, and only come every 200 years to make sure everything is in balance. If it is not, they will either destroy something causing large amounts of Chaos, یا destroy something causing to much Order.
No one knows what The Keepers look like underneath, we only know what their armour looks like.
Their armour is like the...
continue reading...
Veteran Sellsword Gwel Ciellro
posted by Rogue475 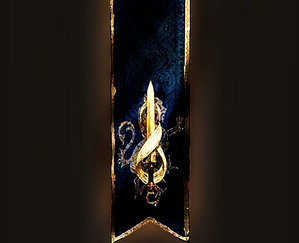 Personality¬
-Electric, Bold, Rude, "Clever than every else" Mindset. 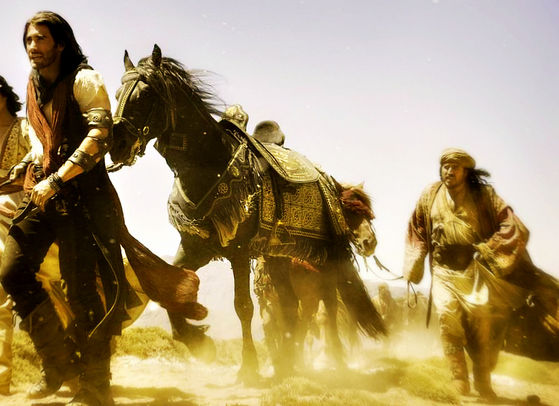 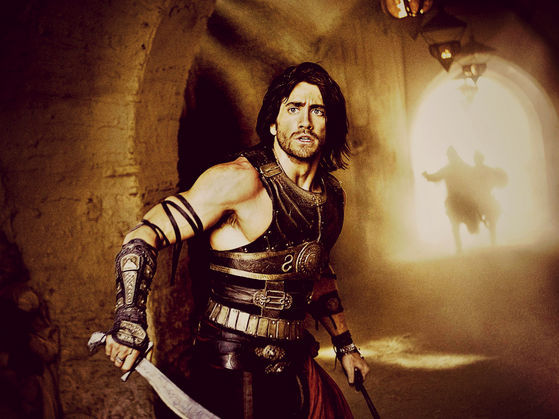 Origins¬
The ancient city of Samyria, a world untouched سے طرف کی western Essos. When Gwel was just a boy, he imagined himself becoming a noble...
continue reading...
The Story of Iron and Blood
posted by Blaze_of_Ares
For the role play link


"There will only be One King" 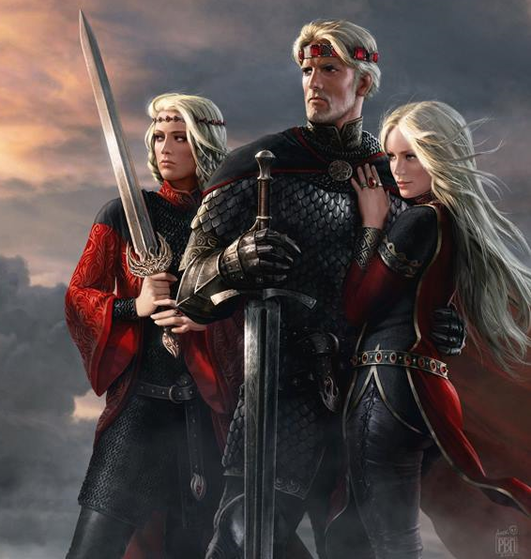 Westeros was a land that house 7 Great Kingdoms which lead to its name the Seven Kingdoms. It was ruled سے طرف کی 7 Kings until Aegon Targaryen a Valyrian Dragonlord began his conquest. Riding the mighty dragon Balerion the Black Dread with his two sisters Visenya and Rhaenys(Riding their Dragons Vhagar and Meraxes). 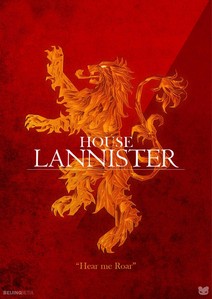 Title¬
Lord of Casterly Rock
Warden of the West 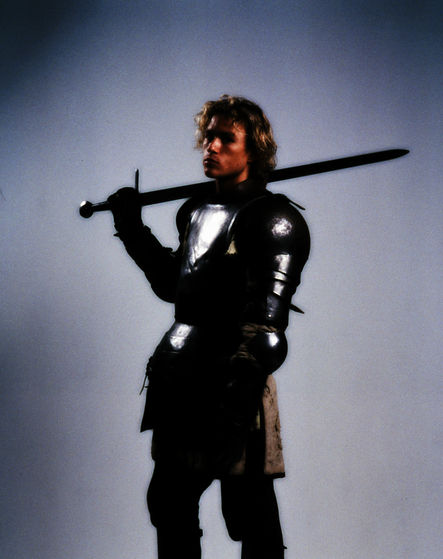 Weapon¬
Lion's Roar; Once BrightRoar. It is a Valryian steel sword reforged سے طرف کی the blacksmiths of Qohor. It has been a family heirloom since the last great winter of Westeros. The sword has a golden lion's head at the pommel and is engraved with an old...
continue reading... 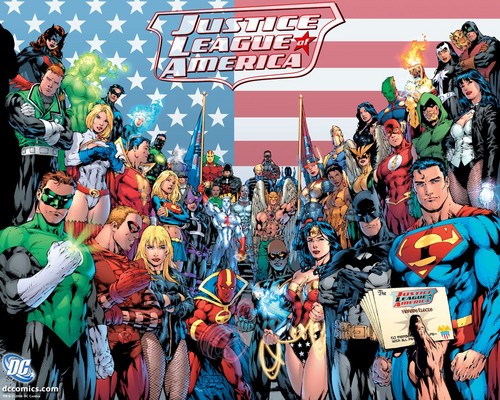 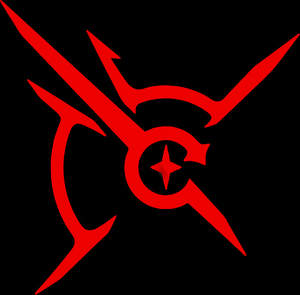 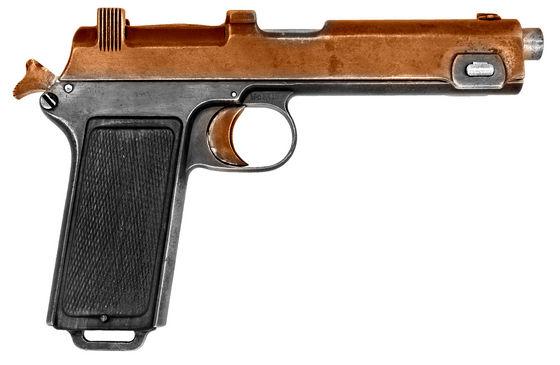 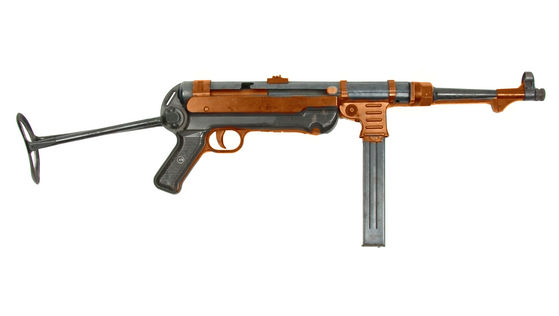 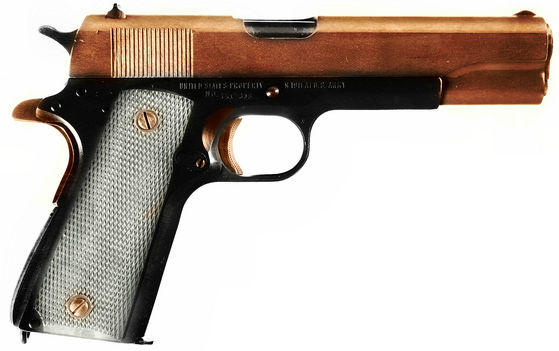 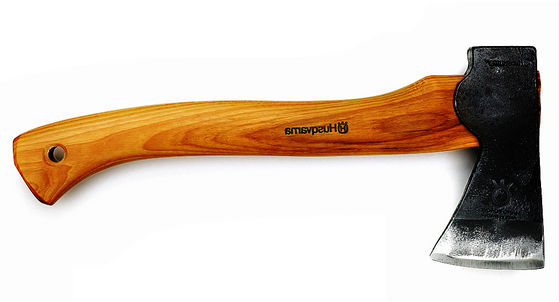 
Story-
Mac'Gregor is the definition of a Brute. Enlisting from a young age, the man rose through the ranks سے طرف کی being proficient at the one thing the Empire valued most; the ability to kill. Hamish cared not for anyone but himself, and the bloodlust he felt when cleaving a man's head in, was ecstasy to him. The Empire utilizes his skills to track down high value targets for the Empire, usually kill missions... 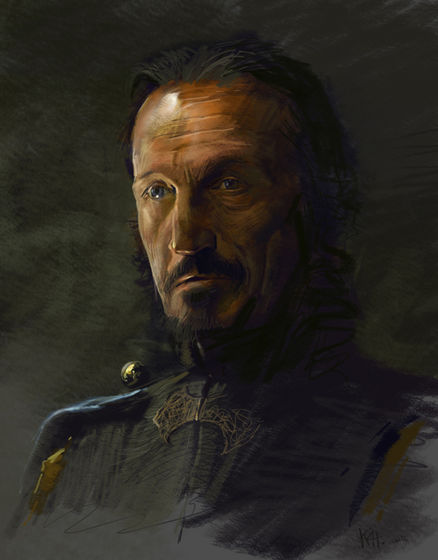 45, no 55? 50? Too many days he thought to himself. Adnor was huddled at the end of the trench where some dirt gave him shelter from the rain. It was in the dead of night where silence and darkness conquer. He can’t even see the stars, a sight that would usually soothe him. The sergeant wrapped himself with his trench coat, huddling a sandbag and his rifle, his wife. His real wife was back home, back home…he could only wish to be there.

He woke up stiff and cold and wet. The rain had gone but it left a little gift in the trench, water. Puddles of mud and blood covered...
continue reading...
Pistol فہرست
posted by Rogue475 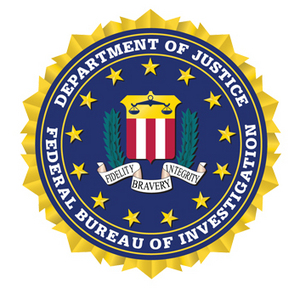 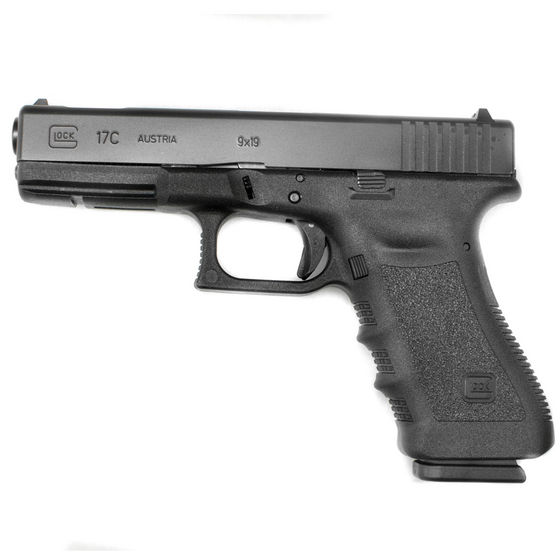 Personality¬
Pretty carefree. Isn't as serious as his family members tend to be.

Title¬
Brandon the Black. The Stranger of the Seven

Appearance¬
Short black hair. Clean shaved. Well built. The only one of his siblings with black hair.

Weapon¬
A steel bastard sword. Owns a bow and arrow.

History¬
As a child, he was sent as a ward for Lord Reed at Greywater Watch. Brandon refuses to speak about much about the Neck.

When he turned 16, he traveled to Essos with a couple of companions.

He returned to Westeros, but instead of returning home. He spend some time in King's Landing. After which he traveled to the Wall. It was only a few months after the Red Dawn that Brandon returned home, on orders from his father. 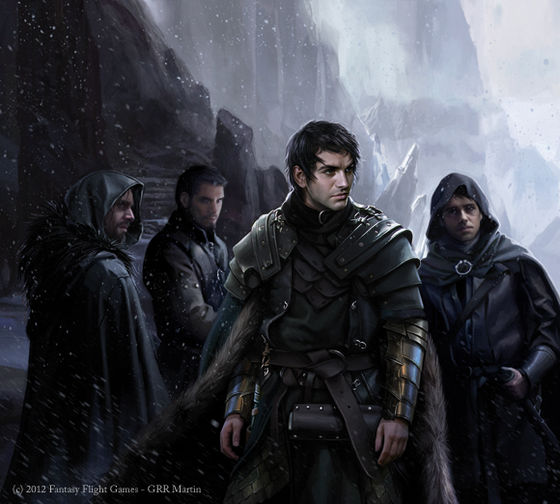 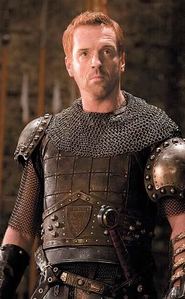 Title: Lord Regent, Hand of the King and Heir to Griffin Roost

Weapon: Griffin Roar, a Valyrian steel sword he got from a Lyseni pirate captain while delivering the King's Justice.

History: As a boy, he lived in Griffin Roost and shadowed his father. During a Tourney, at the capital, he squired for the Lord Commander of the Kingsguard. When he became a man, he decide to leave Griffin Roost to live in King's Landing and become a part of the King's Court. As his days there prolong, so did he knowledge. Soon he was an Advisor in the Small Council...of course I till the the very event. 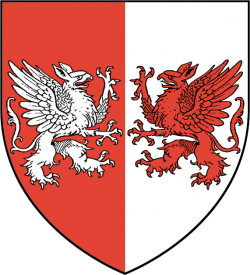 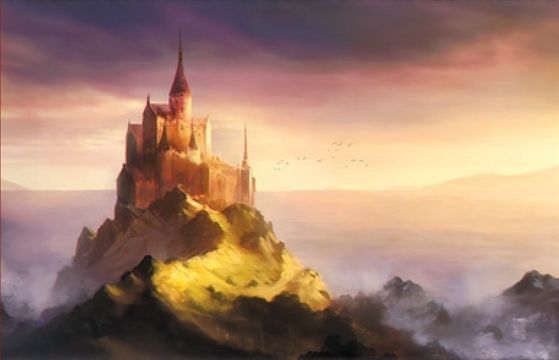 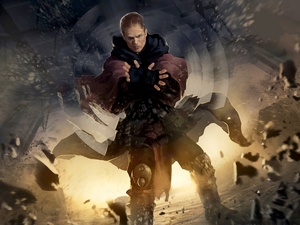 A Jedi using Force Shockwave
This is a فہرست of powers that Jedi can have over The Force.

Telekinesis:
Telekinesis, abbreviated TK, was a neutral ability that most Force-sensitives had. With it, they could lift and اقدام objects to their will. This ability was the base for Force Pull, Force Throw and Force Push, as well as telekinetic lightsaber combat techniques such as Saber Throw. It could be disputed that these are all the same power applied to different means.
Adiabatic Shield:
Adiabatic shield was a Force power آپ manipulate the air around آپ to function as a shield of sort. While this shield doesn’t protect آپ from...
continue reading... 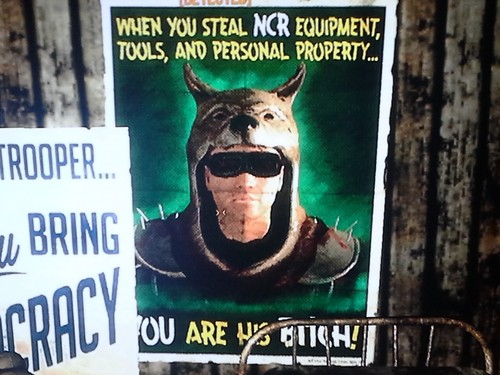