Blackmailing Contract 4
posted by Blitz359
Hastily climbing the stairs, the group began to hear footsteps coming from above them after passing the سیکنڈ floor. The teens stopped on the third floor as the footsteps grew louder. "Must've seen the giant hole in the wall." muttered Richi as he began to get ready for a fight. "Or they heard the explosion. Your partner here could've failed without knowing." offered Cain as he cycled through pictures on his phone. Val, however, shook her head as she pulled out a retractable flute from her belt. "I silenced it. No way they heard it."

"HEY!" A shout echoed from the flights above. Three guards were looking over the metal railing at the 4 teens, and began ہے رہا ہو لوڈ their weapons. "Let's get this started." Cain کہا as he clicked the button on his phone, and began shining. "No, let's end it." countered Scotch as two handguns formed in her hands. Richi waited for the guards to get down to their floor.

"Was." noted Valeriya. "Not is?" Richi grimaced as he recalled what had happened to break the once dear friendships he had. "That's for another day."

Scotch intervened before Val could argue. "Anyway....what exactly is Cain's 'power'?" Richi looked over at Cain with loathing before turning back to Scotch. However, it was Cain who answered.

"Simply put, I can copy the appearance and abilities of any living thing as long as I snap a picture of them." began Cain as he pulled out his phone. "I then select their photo, press this button, and I become that person یا animal." Val looked at Cain with a look of both disgust and slight fascination. "So آپ can literally become anyone آپ want, whenever?

Cain shook his head and continued. "It's a lot to go over now, but I can't copy everyone. People who are incredibly powerful in terms of willpower یا spirit won't appear in any تصویر I take of them. Also, I can only have about 30 different profiles before they begin to get overwritten."

Richi had returned to scouting while Cain explained himself, and now interrupted the conversation. "Hey, I see an opening." Motioning for the others to come closer, he pointed to the Far East side of the factory, which was barely visible from their position. "The guards have fallen asleep over there. If we take 'em out, we can plant breaching charges on the دیوار and blow an entrance in."

Val looked at Richi, skeptical of his seemingly insane plan. "I suppose I could silence the noise from the explosion, but we're screwed after they find the hole." Richi shrugged. "It's our only opportunity." Standing up, he brushed off the dirt from his clothes and motioned for everyone to follow, when Cain received a text.

Pulling out his phone, he accessed the text and began to read. Reaching the wall, Richi turned back and noticed Cain still in his same position and yelled at him as loud as he dared. "Hey, tell your friend you're busy and get your butt over here!" Cain looked up and ran over to Richi. "Change of plans." Cain told him as he caught up. "Our target is only the chairman. Everyone else is to be left alive."

The brat had a change of heart, huh?" muttered Val to herself. Richi shrugged and proceeded to wake up each guard one سے طرف کی one and then knock them out immediately afterwards. Breaching charges formed in Scotch's hands and she planted them all on the دیوار within seconds. "Primed and ready to go."
SilverWings13 Cain's power: pretty EPIC. Upcoming fight scene? Very much anticipated!
Hot_ShotYJ I don't know most the OCs in this and what's happening but this is really exciting!
Blitz359 Glad ya enjoy it!
BladeYJ ((OMGDJGR :DDD))
Anger and Regret
posted by AislingYJ
The shack was abandoned, crumbling, the roof sagging, one دیوار completely destroyed, another caved inwards creating a space underneath that served as the only protection from the elements. In this opening, this crawl-space, she sat, huddled, shivering, straining to see in the thick darkness that surrounded her. How long had she been in here, she didn’t know. Why did her gauging power have to fail her so easily? How long had she been gone from Tesla’s clutches, and how long until he’d get her back?
She sighed, wondering if anyone missed her back at the cave. She longed to go back, but...
continue reading...
1
Look What the Cat Drag In.
posted by StrayYJ 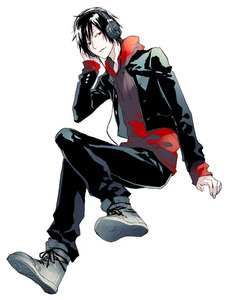 This bio aint mine! My bro Loki was nice enough to take some of his precious time to make me an OC. She is just that awesome! I only told loki to make him have the name “Stray” and related to Catwoman somehow then he sent me this unicorn crack. Anyways enjoy this mofo’s masta piece. Also one مزید thing I have no main account because I just don’t and because of what he told me about how she isn't in the club anymore (for idk he didn't tell me) loki will have no association with the RP although I will bug her to write مضامین about this bamf as mother fucker and I might post them on...
continue reading...
Whispers in the dark
posted by Robin_Love
Started out sad and somehow got this so....enjoy!

He woke up in a cold sweat. He panted for breath, unaware that he had screamed. No one was there to hear him. He heard a flutter of wings and the snow white hawk landed on his leg. The full moon shimmered on the feathers and he pet the large bird. After a few minutes, he calmed down entirely. The hawk let out a small squawk.
“Same nightmares.”
He listened to the squawks and clicks of the hawk's graceful tongue, knowing the words and emotions behind each one.
“Been over five years now, Bella.”
He listened to the beautiful chattering in his...
continue reading...
Tiger With In
posted by Robin_Love
She sat alone in her room, listening to the song coming from her boom box. She hugged the stuffed برداشت, ریچھ to her chest, trying not to burst into tears. This دن was one she had dreaded for months. She bit her lip as the موسیقی filled her senses. A light knock sounded at her door.
“Go away!”
Her command was ignored and Trevor walked in.
“What's up kitty Cat?”
“Leave me alone.”
He glanced over her and softened.
“What's wrong?”
Cat looked away, afraid she would burst into tears. Trevor came closer and sat beside her.
“Why so upset? Talk to Trevor.”
She smiled a little as his British accent...
continue reading...
1
The Knots are Tied
posted by The_Writer
"Why did آپ not tell us?" Nightwing asked. "Why was it so important to hide the fact آپ and Artemis were related?"

"You didn't need to know." Revenge said. "I give out my information on a need-to-know basis."

The Black Hero grabbed the former Boy Wonder سے طرف کی the collar. "And my identity was NOT need to know."

Nightwing shoved Red Revenge off and started walking towards the bioship.

Nightwing clenched his fists and walked slowly towards the bio-ship.


DIVIDED WE FALL
Out Now
only on fanfiction.net 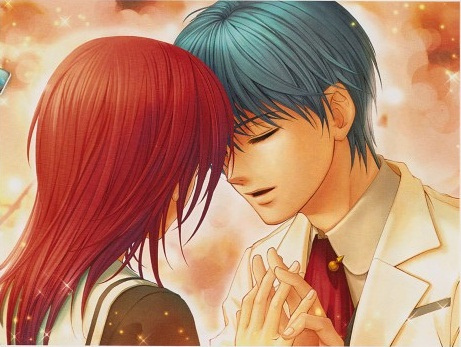 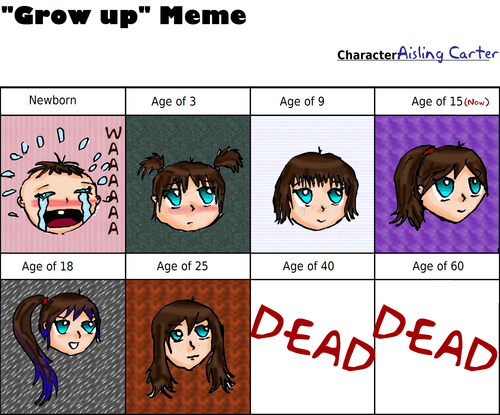 1
Aisling Through the Years!
added by AislingYJ
Source: Template: Deviantart, Drawings: me!

Who the HELL is this?
added by The_Writer 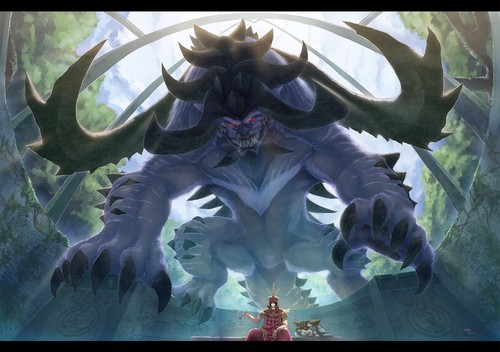 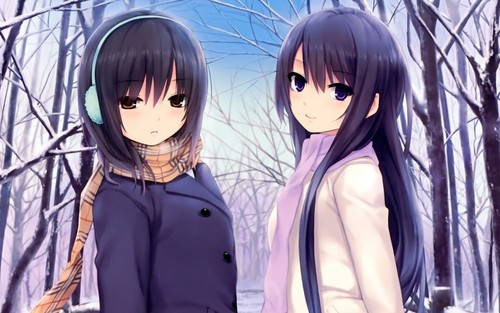 Fin and Nix
added by SilverWings13 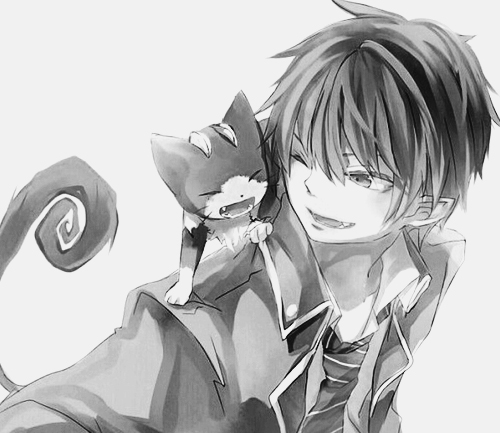 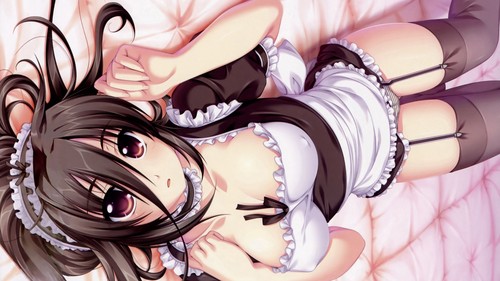 For Scott >:D
added by Robin_Love 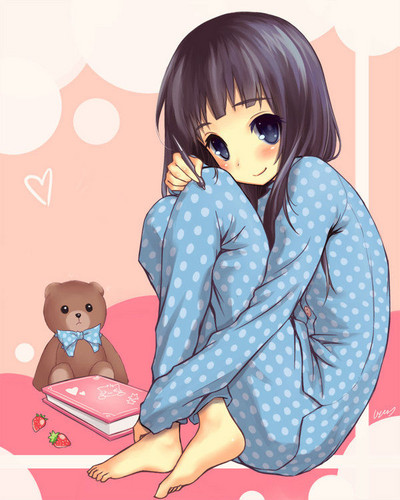 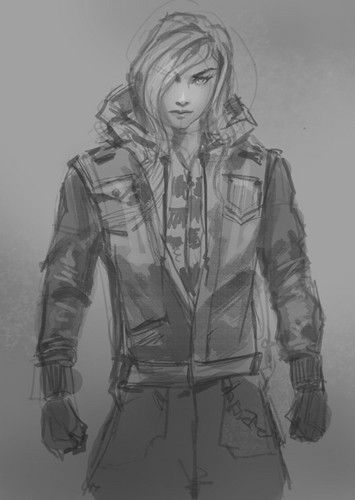 Eurika!
added by SilverWings13
Source: Not me! 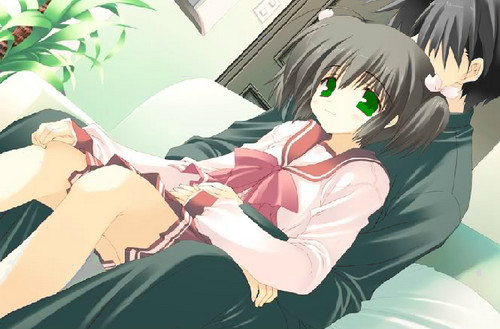 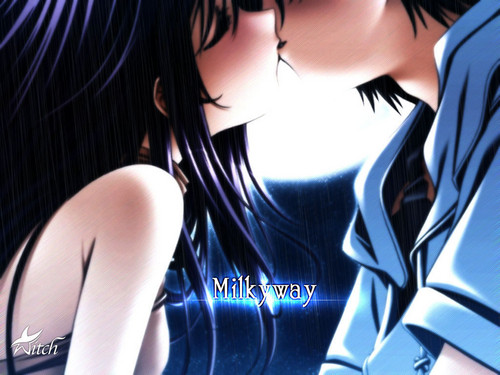 1
Fang
added by XxKFforeverXx
2
Fangs~Part 4~ (Pretty fackin important)
posted by BladeYJ
Tyler looked up, from the sleeping Becca in his arms, to a blonde boy with peircing blue eyes. A quick glance around the room reviled that everyone-Aryess, Willow, Lyss, and Vaxley -was asleep. "Shit.." Ty muttered gazing back at the the monster, who's stare made him shiver.

"Hey, Ter-" the firecaster started.
"I need Becca." Terror stated sternly. Defince struck Ty.
"Sorry, b-"
"Now." Blue eyes were narrowed and his lips were pursed in a small frown.
"Do آپ ever smile, Terror?"
The remark left the blonde unphased; a small curve pulled at his lips but quickly vanished as he took a step forward...
continue reading...
The Invisible Boy part 7
posted by SilverWings13
Maddex backflipped, avoiding two blunt projectiles.
"Ha! Missed- oof!" He stumbled back as a boots collided with his chest. He dodged another kick, then knocked it aside as it swung at him a third time. SilverWings fell back, her balance thrown. Maddex pounced on his opponent. She leapt out of the way at the last moment and he had to screech to a stop to keep from face planting into the wall.
Coaxoch and Harmonian walked in and face-palmed in unison. "They're still going?" Ceil said, astounded.
"Not for long," Mel got the sneaky smile on her face that made her friend nervous.
Silver swung a...
continue reading...
More Cards
123456789101112131415161718192021