1
~Day and Night~
posted by Robin_Love

Nothing to do with the article, but it's cute~!
She sat on the سب, سب سے اوپر of the mountain, looking at the sun's amber rays against the dusty rose sky. She slowed her heavy breathing. Every part of her hurt, but she had wanted to get a good view of the silver moon as it rose. The crescent sliver was to appear in a few moments.
She could see for miles up here and enjoyed the way the wind cooled her down; the climb was well worth her pain. She made herself comfortable and waited. منٹ later, she heard a noise behind her. She didn't move, hearing مزید than one warning. But she knew she was safe. If someone had attacked them, she'd have been the first to know.
“Didn't think that after I was done training I'd have to climb a mountain just to see you.”
She smiled as the silver haired boy sat beside her. She heard his labored breathing and waited for him to catch his breath before taking his hand in hers.
“Sorry,” she finally said. “I just came up here to watch the sunset and then the moon rise.”
He smiled and pulled her against him. She settled into him, barely noticing the smell the mountain climb had caused. They sat in the serene quiet as the sun went to bed. The moon poked it's head out and then joined it's brothers in the sky.
“I've missed you,” he whispered into her hair.
“And I've missed you. But آپ have work to do.”
“How often do آپ come up here alone?”
“Never. This is the first time I have ever climbed this high.”
“Do آپ hurt?”
“A bit, but it's worth it.”
He just nodded and held her close, kissing her hair and brow.
“See the colors?” she asked a few منٹ later as if the lull in the conversation had never taken place.
He gave a nod and then she continued.
“It means summer is close.” Here she turned to look at him, a light blush covering her cheeks. “I can't tell آپ how many summers went سے طرف کی and I wished for a summer romance. But I don't have to wait for that anymore.”
His eyes filled with love and he smiled before placing his lips on hers. She kissed him back before cuddling deeper into him. She pulled a ہار from her pocket and slipped it around his neck. He picked up the sun-shaped charm and grinned. He looked up at her loving smile and kissed her again.
“We may be different as night and day, but I love you, Tara.”
She nuzzled his neck as a smile broke her face, the crescent sliver bathing them in moonlight.
“I love you, too, Alek.”

"He picked up the sun-shaped charm and grinned"
BladeYJ likes this
SilverWings13 Awwwwwwwwwww! This is soooo adorbs! ... And now I have to write a response to this. B/c there's way too much inspiration to write something lovey-dovey to ignore.... I LOVE THIS!!!!
SilverWings13 And I am so dying over that top pic! It's peeeerfeeect!!!!
Robin_Love YAY~!!!!!!!!!!!!!! I just thought it was PERFECT~!
Divided We Fall Chapter Three
posted by The_Writer
A Death in his Family

"She cut them in three pieces and set آگ کے, آگ to their car." Revenge replied, and swung off.

"I assume آپ did your homework?" Revenge asked.

"Yes." Rose replied, untying her snow-white hair from its ponytail. She was dressed simply. White tank top, skinny jeans, white eyepatch. Her hair hung loosely behind...
continue reading...
1
15 Suggestions for Making Good OCs
posted by AislingYJ
Okay don't be hating on me for this, I'm not trying to start a fight. I just think that we'd all be better off if we at least read these and thought about them, even if just for a second. I'm gonna say this right now: these are not cut-and-dry rules. سے طرف کی no means am I forcing آپ to follow them, and there will be exceptions. These are just suggestions, on how to make your OCs well liked and better off. So, with that being said, in no particular order, here are 15 suggestions for making good OCs.
1. Ask yourself if making a new OC is really necessary.. Don't contribute to the overcrowding unless...
continue reading...

...yay
added by MidnightYJ
1
Feelings and Troubles
posted by Blitz359 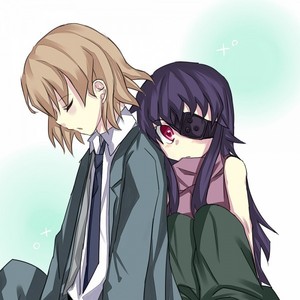 Meh. Found on internet. Thought I should share.
So yeah, I'm not dead. Been really busy.

The phone rang for what seemed like the millionth time. Its ringtone sang out in the darkness of the room, and the phone clattered against the dusty wooden tabletop کے, تبلیٹوپ as it vibrated.
Hey, it's Richi. The phone sounded out as the call went to voicemail. I'm not available right now, but leave a message and I'll get back to آپ ASAP.

"Rich!" the voice yelled as the message was recorded. "I know آپ can hear me! Where are you?! Why haven't آپ called back?! Please, the three of us are worried. Come back already. We're sorry."

Powers/Skills: she has the ability to feel others pain and hurt feelings, usually stronger with the ones she loves. ( will not have powers when born)

Personality: very bubbly and cute to be around, she's a sweetheart and usually always giggles یا smiles unlike Bentley.

Past: DNA was collected...
continue reading...
Death of a teammate.
posted by XxKFforeverXx
"Jaime! Wake up!" Naliak shook the sleeping winged child that was sprawled out on Hitachiin twins couch. Jaime reached up and put his hand on Naliaks face, pushing him away.
"Five مزید minutes..." he rolled over pressing his face into the سوفی, لٹانا cushion.
"Get up! Unless آپ want Dariyn to burn to death, I SUGGEST آپ اقدام IT!" Naliak jerked Jaime off the سوفی, لٹانا as he snapped himself upright blurring off, still keeping a tight grip on Naliak.
"Gah! آپ could've gave me heads up!" Naliak hit the ground with a thud and Jaime blurred towards the burning building only to be tackles سے طرف کی the Hitachiin...
continue reading...
11
Character makers online!
posted by AislingYJ
Updated 6/3/14
I'm bored, so I thought I'd share with آپ a few websites online that آپ can design your characters! There are tons of websites out there, these are just a few.
link
This website is سے طرف کی far the best superhero generator I've found. Basically آپ use it to make your character in costume. They have endless options of costume parts for both male and female characters, and they even allow آپ to اقدام parts around, resize them, and color them. آپ can save the character to the game, and then load it later, but if آپ want to save an image to the computer, آپ have to take a screenshot....
continue reading... 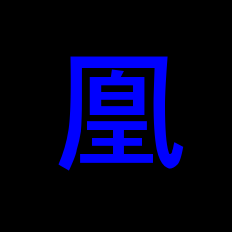 Mel and her Paranoia...
added by CoaxochYJ

Before the incident
Had this idea in my head for quite sometime, finally finished it yesterday on my way home!

Name: Daniel "Danny یا Dani" Clancy (whichever آپ feel like spelling!)
Alias: Spectreo (Thanks! ^.^
Age:17
Powers: -ghostly powers: flight,intangibility, and invisibility.
-gains super strength and enhanced abilities and agility his human form does not possess
-ghost sense that manifests as a blue wisp from his mouth that announces the presence of nearby ghosts.
-ghost کرن, رے early on which has become one of his most frequently used powers;becoming an energy ball that can expand in size and corresponding area...
continue reading...
New Villian OC
posted by Mclovin_69

Powers: Bloodcrawler is a goo material that can change and get into small places, he can make quick get aways if he goes through sewer drains یا any other drains. He doesnt always take a host but when he does he becomes مزید powerful and he wishes to make Bloodmist his host forever. He can also morph sticky goo and سوئنگ, جھول from buildings and crawl on walls and buildings.

Past: the mystery employer یا "big man" who was trying to create a new villian to destroy bloodmist it went completely wrong and exploded into this substance...
continue reading...
New OC
posted by Mclovin_69

Powers/Skillls: Sable has the power to bend آگ کے, آگ that is light blue, she does not have any powers naturally but the power comes from an injection she got from her father when she was a baby. She has some skills in combat.

Relations: younger sister to Jet, and cousin to Bentley

Personality: she has a temper at times and can get angry, she never talks to her brother Jet because she thinks it is " stupid" how he "plays" in the trees all day. Her anger sometimes gets the best of her and she...
continue reading...
New OC
posted by Mclovin_69

Powers/Skills: he has no powers but is very skilled with weapons preferably his long hooks that he uses on trees to climb. He also has many skills in combat. He has many skills in nature calls and bird calls, he even made his own language in bird callls to communicate with his group who call themselves the Valley Heroians.

Personality: he is very outgoing when he wants to be and very caring for others, hes مزید open...
continue reading...
Fever OC
posted by FeverYJ
Name:Dee Fy

relationship to team: None

Powers:
She can willingly kill the person she is touching, sucking their energy. سے طرف کی staring at any living thing,for a long period of time, it will eventually die. Her bite can turn people to dust. No immortality but has lived a long 500 yrs. Experts in Toxins, poisons, and has an arsenal of a whip, two daggers, and a pistol concealed in her...
continue reading...