2
Wild Child! only one episode
posted by Obscurity98
Harley jumped from the سوفی, لٹانا onto the island counter. Her lips parted with a dangerous smile. Her teeth gleaming, and claws digging into the granite. She stayed in a crouching postition for a moment. یا atleast until M'gann turned around, کوکیز freshly baked. M'gann screamed as she came face to face with Harley, whose eyes looked beyond wild.
Superboy jumped up from his spot on the سوفی, لٹانا eyes no longer looking at static screen. But he made no advancement when he noticed Harley on the counter. "M'gann, dont move. If آپ do,she'll attack you. Just dont اقدام i'll get the rest of the team. try to calm her if آپ want. but dont اقدام from that position, and Definatly dont اقدام towards her." Ms. Martian whimpered. and superboy dashed out of the living room, he ran to the training room, to find robin and Aqualad sparring. In a corner, Artemis and Wally were talking in a hushed tone on the treadmills. "GUYS! we have aproblem." Everyone paused. "what kinda problemConner?" asked Robin. super glared at him, "A big one."
--------------------------------------------------------------------------------------------------------
Robin stared at the scene along with everyone else. "Megan, use آپ camaflouge. and try to اقدام away." Megan nodded a VERY slight nodd, and did as told. Harley sat on the counter still crouched. "Whats wrong with her?" asked Artemis. Robin shrugged "I have no idea. but i dont think its any good." Finally megan was out of range and jumped into Superboy's arms. crying. Harley whipped her head to lookat the team. Eyes hungry and glimmering. Kaldur stepped forward,"harley listen to me, آپ need to stop this behavior at once." Harley's eyes were now fixed on Kaldur, looking at him up and down. She licked her lips. suddenly she jumped running on all fours into the almost huddled group. Sneding everyone scattering running for their lives. The girls screamed, along with Wally. robin shot Wally a look, who returned it with a sheepish smile.

Harlet was on the floor eyeing them all, on both hands, one leg bend and on its toe, the other was stretched out. "I think we might need to JLA for this, there is something seriously wrong with her right now." Wally said. Kaldur shook his,"No, we must try to get her under control first. Think about it, any of us اقدام while everyone else is still, she's attack us." robin nodded, "we need a plan." Superboy called form the oter side of the room, "Why dont we just all go at her at once, we'll confuse her." Robin looked at Kaldur for aproval. Kaldur nodded, what other choice did they have?

"GO!" screamedKadlur and they rushed at her. Harley jumped landing on the back of Robin and using it as a spring board, and pounced onto Wally and jumped away from him. everyone went after her again. Harley was laughing like crazy smile larger than life. HEr eyes were what scared the team the most. They were brown but they glinted with mystery and something that said, "I know something آپ dont." SUdnelly Harley jumped to towrds the radio tey had and clicked a button.

"Show me how آپ Burlesque" blared in the room.When they blinked harley was gone, "where'd she go?" asked Artemis. Everyone began to look around, except to the one place they least expected. Just then a voice ran out in tune (VERY TUNED) with the song, "You ant keep a good girl down." Everyone's eyes flew up abvoe theri heads. "Here come the ladies lets give them a show." she sang. and quickly formed into water and slipped between kaldur's legs as he tried to grabb her and misssed. "everyone just come to life in the spot light." She went on, and became invisble to them in the form of wind. "Let me here آپ say, yeeah!" And pinched Wally's cheek. and suddnely went back to a human form,"dont let me rest, get your پچھواڑے, گدا up and دکھائیں me how آپ burlesque." Harley sang. She jumped rofm the سوفی, لٹانا to the counter سب, سب سے اوپر to the halway. She slipped through everyones grip. Robin growled now,"She's playing dirty. Its my turn." Robin grabbed to capsules form his بیلٹ, پٹی and threw them at her. Ice froze her in her place. Harley laughed,"Give me your best, دکھائیں me how آپ burlesque." and the ice began to melt beside her. "and آپ cant keep a good girl down." She hissed, and threw the ice back at robin. who with a lucky dodge wasnt decapitated. "Dont let me rest! get your پچھواڑے, گدا up and shwo me how آپ burlesque!"she shoved passed Superboy, who grabbed her arm, and she yanked him with her. "Here come the boys bout to دکھائیں a littlwe more!" everyone tried to rush her again. Suddenly the voice operated machie said,"recognized Batman 0-7-3" and Batman walked in. He pulled out a small dart gun as Robin pulled up beside him. "whats that for?" Batman only answered coldly,"To do the job your whole team couldnr do."

The small dart hit Harley straight on on her neck. And she flopped ont the ground. Everyone paused,"What just happened? How;d آپ do that?" asked Wally. Batman didnt bother to sound modest,"DOnt ever let her listen to Burlesque. Ever." And walked away. Megan strached her head,"How does he know that?" Robin shrugged, "beatsme." Harley stoodnow,rubbing her hands and head, "Oh, wow what 's up yall? what happedned i feel so tired." suddenly Harley paused, "Is that burlesque playing?" and walked over to put the volume up.
"NNNNNNNNNNNNOOOOOOOOOO!" screamed evryone.
Jade_DragonYJ and Robin_Love like this
Skittles98 LOL!!!! Batman can do something four superpowered teens and two exceptional non-powered teens couldn't, and knew why the problem was caused. He pwns! 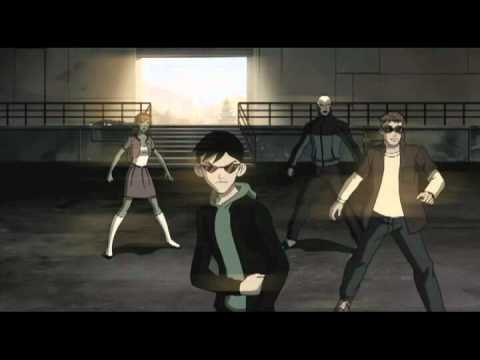 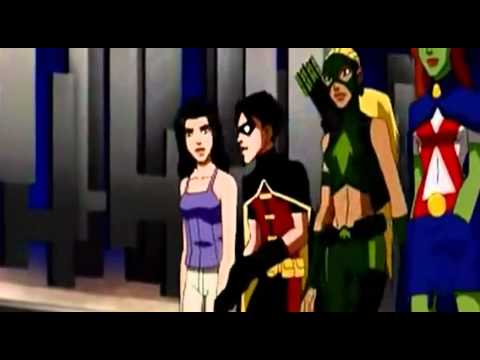 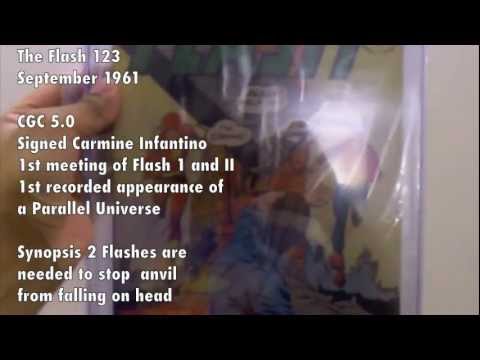 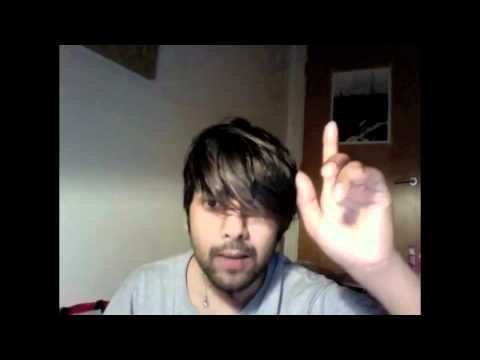 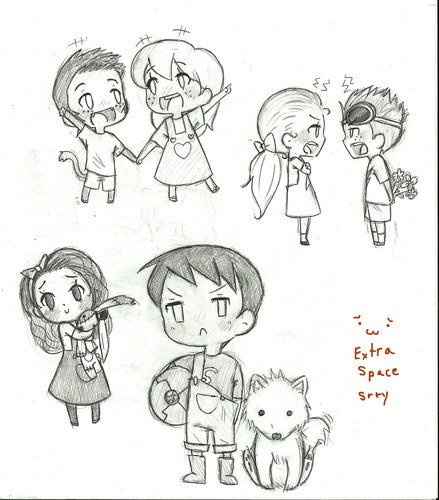 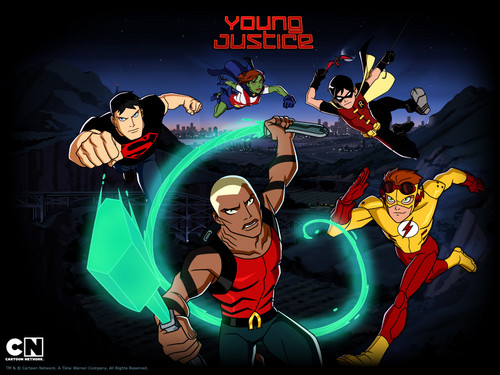 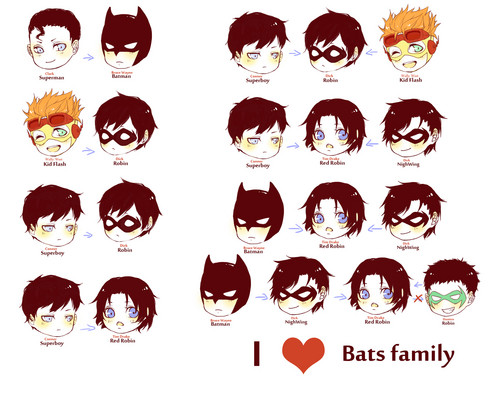 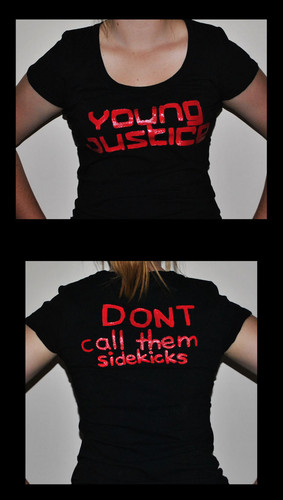 2
I WANT THE T-SHIRT!!!
added by EclipseYJ
Source: Deviantart

Roy is sexy and he knows it
added by EclipseYJ
Source: ME 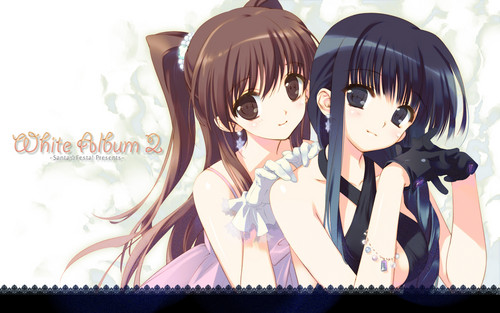 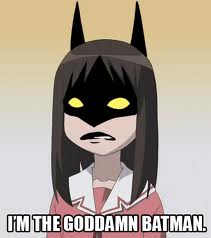 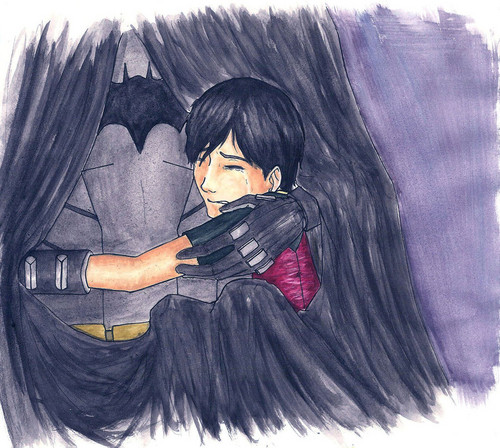 4
it will be okay
added by emilypenguin55

2
We are together tomatoes
added by batgirl910 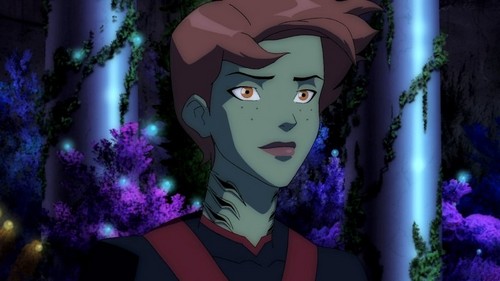 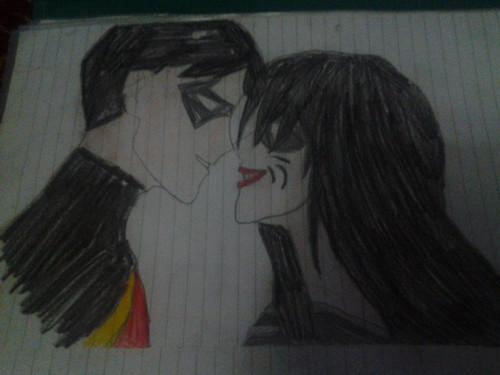 1
my drawing
added by MissRandomKing 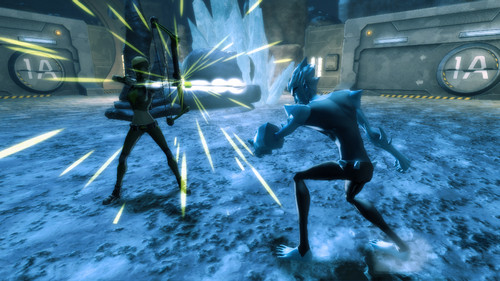