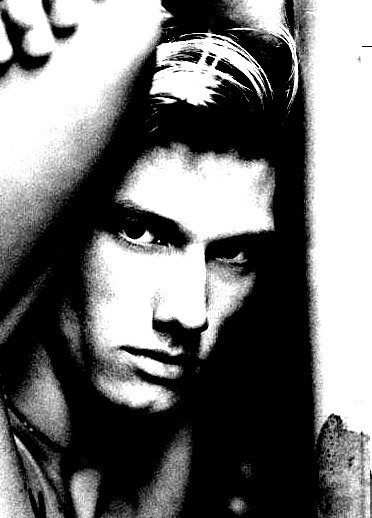 Julian from "Not All Those Who Wander Are Lost"

added by marissa
Check Julian out here: notallthosewhowanderarelost.piczo.com
آرٹ پرستار
پرستار fiction
julian
carlson
juilet
burke
lost
not all those who wander are lost
character
TheExcorcist and Nine00 like this 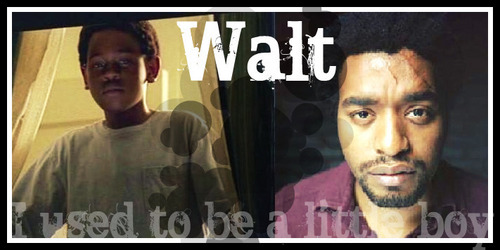 2
Walt from "Not All Those Who Wander Are Lost"
added by marissa
1
Doppel Crossed chapter 16 The Traitor (8/10)(The Vampire Diaries)
posted by HaleyDewit
Rachel paced through her cell, trying to figure out how to get out. Of course that wouldn’t be a problem once the moon was full. Iron bars really wouldn’t hold her back. She could only hope that سے طرف کی that time the building was empty and there would be no…overachievers left. That یا she could hope for a miracle.
She got the latter in the shape of…
“Stefan” Rachel sighed.
“You don’t sound too happy to see me” Stefan noticed. “I didn’t realize آپ were so comfy in here. آپ know what, I’m just going to go, so آپ can continue making yourself at home”
He started turning around,...
continue reading...
1
Doppel Crossed chapter 18 The Wakeup Call (5/10)(TVD)
posted by HaleyDewit
Caroline woke up slowly and blinked her eyes. She was back in her بستر and Bonnie was sitting سے طرف کی her side. The guy that had attacked her was sitting سے طرف کی the door, on the ground. When she saw him she rose and became upset.
“What is he still doing here?” she asked accusatory, pointing at Keith and looking at Bonnie.
“Waiting for آپ to wake up, so he doesn’t have to explain himself twice” Bonnie explained calm. “I’m sorry, Caroline, I should’ve دیا آپ a head’s up”
Caroline shook her head bewildered. “A head’s up? آپ knew this was going to happen?”
Bonnie and Keith exchanged...
continue reading...
1
Doppel Crossed chapter 17 Doppel Crossed (7/10)(flasback chapter)(The Vampire Diaries)
posted by HaleyDewit
Rachel stared at her eldest daughter, crying of happiness and grief. The last time they had seen each other Rachel had told Kelsey about her true nature and things didn’t end well between them. Now all Rachel wanted was for Kelsey to become solid so she could take her in her arms like any normal mother would.
“Are you…a ghost?” she asked. “Why haven’t آپ try making contact with me? Why now?”
“We tried, mom” Amber replied. “When Derek dug up our graves on Veronica’s command, he didn’t just release our bodies, but our spirits as well. We tried to reach you, but like Jeremy...
continue reading...
1
Three's a Crowd chapter 15 The Pin-cushion (4/10)(spn)
posted by HaleyDewit
Heather was pacing up and down the kitchen, nervously waiting for Isabel to call her back. She couldn’t imagine what kept her so long. She didn’t have a job, she didn’t have a boyfriend anymore. She was probably wallowing in self-pity, while Heather was about to be ripped to pieces, according to the newspaper.
She dialed Isabel’s phone again and growled when it was her voicemail again. “Seriously? Where the hell are you? Cas is here. What part of get here ASAP did آپ not get? Don’t آپ read the newspaper? He’s a lunatic. He’s killed four people already in less than 48 hours...
continue reading...
1
Doppel Crossed chapter 16 The Traitor (7/10)(The Vampire Diaries)
posted by HaleyDewit
Elena parked her car at the Boarding House. Caroline had taxed her with the message to get her پچھواڑے, گدا there ASAP. She opened the door and looked inside.
“Damon!” she called.
Damon appeared in the hallway, frowning. “What are آپ doing here?”
“Caroline taxed me” Elena said, waving her phone. “Hello to you, too, btw” She tried to look over Damon’s shoulder. “What’s going on?”
Before Damon could answer Caroline appeared.
“Elena, what are آپ doing here?” she asked, but in a completely different tone than Damon. “Come on” she continued as she took Elena’s hand and...
continue reading...
1
Doppel Crossed chapter 16 The Traitor (3/10)(The Vampire Diaries)
posted by HaleyDewit
It was the first time Damon and Bonnie saw each other since Bonnie had ‘cured” Damon.
“Caroline’s not home” Bonnie said, a little distant.
“I’m not here for Caroline” Damon replied. “I need to talk to you”
“Okay” Bonnie frowned. “Come in”
Damon entered the house and Bonnie guided him to the kitchen. Sheriff Forbes wasn’t home.
“What, eh,…what do آپ need to talk about?” Bonnie asked slightly nervous.
“Do آپ know a guy named Keith?” Damon asked, as he sat down, following Bonnie’s example.
Bonnie nodded. She didn’t see why she would deny it. “Yeah,...
continue reading...
1
Doppel Crossed chapter 17 Doppel Crossed (6/10)(The Vampire Diaries)
posted by HaleyDewit
“I met Kelsey in the hospital” Jeremy started his story. “I was looking for some meds, because seeing dead people kind of keeps آپ up at night. She busted me, lectured me” he smirked at Kelsey who remained invisible to her mother. “but helped me out anyway. The سیکنڈ time I saw her was also the last time. She came knocking at my door, asking me to keep an eye on Amber, who was dying. Kelsey had bitten her during a full moon and she wanted to find the cure. I told her she needed Klaus’s blood and she left to get it. She came back without it. I didn’t think Klaus would give her...
continue reading...
1
Dopple Crossed chapter 2 Getting to know آپ (6/10)(The Vampire Diaries)
posted by HaleyDewit
Caroline was standing with Elena, her cell phone in her hands, while cheerleading practice was on.
“I can’t believe I quit this a سال ago” Elena said.
“Why? آپ miss it?” Caroline asked as she was dialing a number.
“Not really, no” Elena sighed. “Maybe I should just get rid of my costume. It’s not like anyone’s going to see me in it anymore, right?”
Her eyes still on the phone Caroline replied mumbling: “Oh, I could think of someone who would love to see آپ in it”
Elena elbowed her friend, but smiled at the same time. “So, what’s up with آپ and Tyler?” she tried...
continue reading...

4
FF banner (slightly different)
added by Dearheart
Source: Dearheart
1
Doppel Crossed chapter 16 The Traitor (2/10)(The Vampire Diaries)
posted by HaleyDewit
Rachel was sitting at the باورچی خانے, باورچی خانہ table, drinking a cup of tea, to calm herself down a little. Since the events of the گزشتہ night she had been very jumpy. She expected Damon Salvatore to دکھائیں up out of nowhere and rip her heart, just like he’d done with her daughter. So when the گھنٹی, بیل rang she let out a scream and spilled some tea.
“Mrs. Lindy? I know you’re home” Stefan called from outside. “I just want to talk”
Rachel stood and walked to the door. She opened it.
“Good morning. I’m Stefan Salvatore” Stefan introduced himself politely.
“You’re the vampire that turned...
continue reading...
1
Doppel Crossed chapter 11 Holding On and Letting Go (1/10)(The Vampire Diaries)
posted by HaleyDewit
One ماہ later.
Damon was making breakfast when Elena came into the kitchen.
“Morning” she mumbled. Ever since Rebekah had forced her to drink blood she had been very distant towards Damon. This was his fault. If he hadn’t been so damn stubborn she wouldn’t have had to go help Stefan and she wouldn’t have been in that position. What if Rebekah had killed her? Then Elena would be a vampire now, all because of Damon’s brother issues.
“So, eh, what are your plans today?” Damon asked, trying to be casual. He knew he had a lot to make up for.
Elena shrugged. “Going to school, obviously....
continue reading...
1
Three's a Crowd chapter 8 The Ferris Wheel (2/10)(SPN)
posted by HaleyDewit
As she walked outside she bumped into Dean. “Oh, you’re back” she noticed indifferent. “He’s awake” she filled the brothers in. “He’s your problem now. I’m out” She pushed Sam aside and walked away.
“Are we allowed to go in?” Sam wondered, pointing at the door. “I mean, all of us?”
“Why don’t آپ two go first, then I’ll go find Meg” Jo suggested.
“Why?” Dean asked.
“Because she seems upset” Jo answered obvious.
“So?” Dean shrugged uncaring. Jo rolled her eyes. “Some guys…” she muttered between her teeth, before taking off.
Dean opened the...
continue reading...
1
FLAME AND EMBER HANG OUT
posted by cynder1
''well it dont seem like nothin'' flame کہا '' well i like spyro but he already has a mate'' ''OMG shes lookin for a mate better play cool'' flame thought ''well im free'' ''but i got to know ya better b4 i look for a mate'' ''u went for spyro and u dont him yet ether'' true but hes so cute i cant resist'' well do ya wanna hang out'' okay'' lets go to the lake and fish'' ''sure'' at the lake spyro and cynder were already there fishin and ember saw them '' oh great spyro's with that nasty witch cynder again she's the evil one from the dark master wy wood he go out with her'' she thought ''lets go to this spot'' flame کہا snapping ember out of her trance-like state ''comin'' then cynder کہا ''woah spyro i caught i big one!'' ''good goin cynder'' ''thats good food for us'' ''tehtehtehteh'' cynder giggled ''u a good fisher too'' ''lets go back to the gardians with the food'' ''okay'' cynder said.
Mingle with Writers
posted by MrsSiriusB
Writing پرستار fictions can be very fun. Whether it's a story you're writing سے طرف کی yourself یا something that you're doing with a friend, if آپ have inspiration and know exactly what آپ want to write, it's very enjoyable and something that I personally love to do in my free time. However, there's something else out there that makes your time over at ff.net یا any other fanfiction site even مزید enjoyable: Mingling among other writers.

Now, آپ may be asking, "What difference does talking to other writers make to my writing?" And the answer is, a lot. Lets take a beta for example. I remember a person...
continue reading...
1
Dopple Crossed chapter 12 ہوم Sweet ہوم (5/10)(The Vampire Diaries)
posted by HaleyDewit
Bonnie and Damon were in the living room of the Boarding House. Bonnie was placing white candles in a triangle. As she lit each of them she mumbled Latin words. When she was done, she blew out the match and looked at Damon.
“So, here’s what we’re going to do” Bonnie said. “You have to step into the مثلث and sit down”
“And what are آپ going to do?” Damon asked, quite insecure.
“I’m going to stay outside the triangle” Bonnie answered. “I will put آپ under some sort of hypnosis. I will be with آپ in your subconscious”
“Very reassuring” Damon کہا sarcastic.
“Now...
continue reading...
7
One Way یا Another Ch.1 Part4
posted by emruking
"Well that seems to be everything. I hope I helped enough." Victoria کہا after we unloaded the last of the boxes.
"Oh, آپ were very much of help." My mom replied.
"Well it was nice meeting both of you...but I should be getting home-"
"Would آپ like to stay for dinner?" She interupted her in mid-sentence.
"I would love too, but unforinutly i cant. آپ see my brother has a Baseball game tonight and I already told him and my parents that I would be their."
"Well, dont be too shy and stop سے طرف کی again." My mom was either desperate for attention یا hoping, for some odd reason, that me and Victoria...
continue reading... 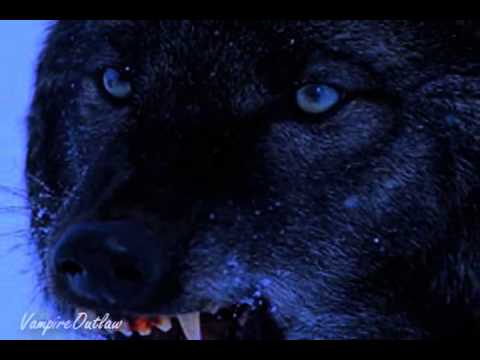 2
Hunter - بھیڑیا Like Me (Harry Potter OC FanFiction Trailer)
added by bendaimmortal
The link to the story's in the comment. The adult in the end of this video is his father.
video
trailer
character
harry
fanfiction
original
potter
werewolf 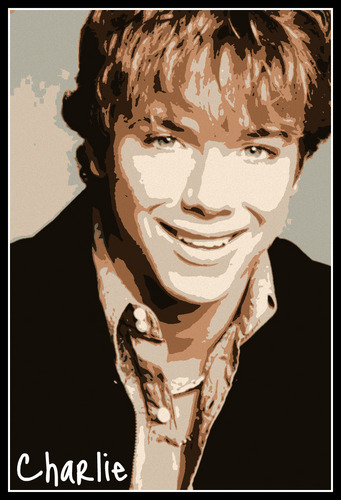