Scootaloo shifted position, standing on tip-hoof to get a glimpse of the returning mane six, who had been involved in the Great War with the Princess of Balance, Ayari. With her stood سیب, ایپل Bloom, Sweetie Belle, Spike and Pinkie. For some odd reason, Pinkie had been ordered to stay in Ponyville. Spike started shouting, "Twilight! Over here Twilight!" Quickly followed سے طرف کی Sweetie screeching, "Rarity! Sis! S-i-i-i-i-s!!!" And سیب, ایپل Bloom. "Apple Jack! Hey!" There was Fluttershy, but where was Scoot's hero? Where was the Dash? The older mares quickly joined the fillies, and the dragon, but قوس قزح still hadn't shown up. "Hey, uh, Twilight?" Scootaloo asked. "Where's قوس قزح Dash?" The half-hearted smile on Twilight Sparkle's face slid off, replaced with an apologetic look. "Scootaloo, I'm sorry, she... She wanted آپ to have this." A letter was placed in Scootaloo's hooves. She nodded, throat constricting. "O-okay." She کہا bravely, tears in her voice. "I- I'm gonna go read it." Twilight nodded, but the مالٹا, نارنگی filly was gone.


Scootaloo sat in a درخت at the park. She held the letter in her hooves, wanting to, but unwilling to read it. Tears rose in her eyes, but she wiped them away, and opened the letter.

Do آپ remember all the fun things we did together? Remember, the one time I called آپ a chicken, and آپ got so mad? I do. Remember the time آپ slept at my place, and had a nightmare? آپ curled up with me, and آپ smiled in your sleep. I love ya, squirt. If I don't make it, Egg head will give آپ this letter, if she doesn't, I'll haunt her forever. I promised I would. Scootaloo, I want آپ to forget me. Don't go into life-long mourning, I mean. I want آپ to اقدام on, have a life, maybe even have a kid یا two. Heck, I would've, if the right stallion had come along. I could make this letter super long, but I won't. I just want آپ to know this:
I love you.
I love ya, Scoots.
I love ya squirt.

You'll always be my little Chicken. No matter what.
-Rainbow Dash

Scootaloo stared at the ہار that had fallen from the sealed tube of paper. It was a beautiful قوس قزح colored chain, and from it hung Rainbow's cutie mark, red, blue and yellow lightning descending from a cloud. Scootaloo smiled, looking up at the sky. "Thanks Dash. I love آپ too."

"Momma, is this really one of the Elements' graves?"
Scootaloo smiled at her daughter, Sunny Wings. "Yes, Baby, it is. It's the grave of قوس قزح Dash, Element of Loyalty. She was my mentor, and in some ways, big sister." The small filly turned her vibrant purple eyes to her mother. "She taught آپ how to fly?" Scootaloo laughed at her daughter's expression. "Yes, Sunshine, she did. Here's your father. Let's go." Scootaloo nuzzled her husband, before the three of them flew away, up to their ہوم in Cloudsdale.


قوس قزح Dash watched Scootaloo flying away, guiding her daughter onto the thermals so she would rise higher. She smiled, and whispered, "I knew آپ could, squirt. I always knew." She turned to the Princess of Balance, and the alicorn smiled. Her voice contained power, and gentleness. "Come, Rainbow, آپ must return to the underworld." قوس قزح laughed good naturedly. "Of course, Princess." The alicorn glared at her. "What did I tell آپ about calling me that?" قوس قزح laughed again, "Okay, okay, Ayari. آپ happy now?" The alicorn huffed. "No. But I will accept it.... For now..."


I was bored, decided to kill Dashie in the war against another OC of mine, so... yeah...
tailsfan111, Pesky-Pixy and 2 others like this
BriBree37 I saw one punctuation mistake... edited it... and pressed the wrong button. Welcome to Face-palm land. We do this everyday.
iceandsummer I love it. Oh my god. This is so sad and nice.
_Laugh_ I really love this!
BriBree37 Thanks for liking it. I'm not the best writer, but I have a wild imagination, I just need o work at it.
Pesky-Pixy Luv it. 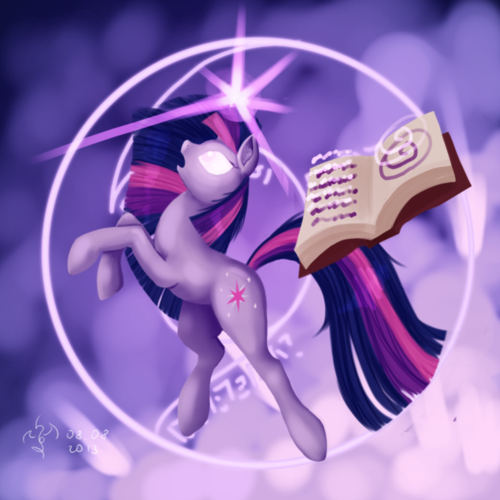 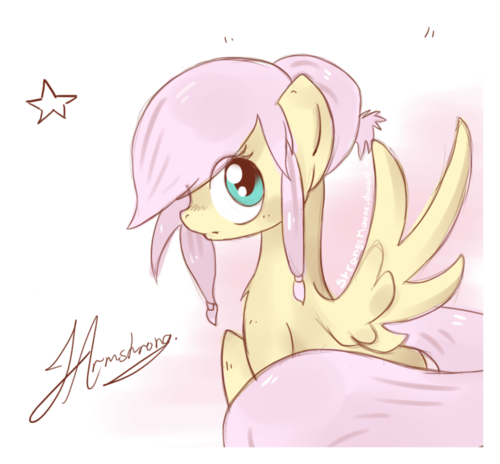 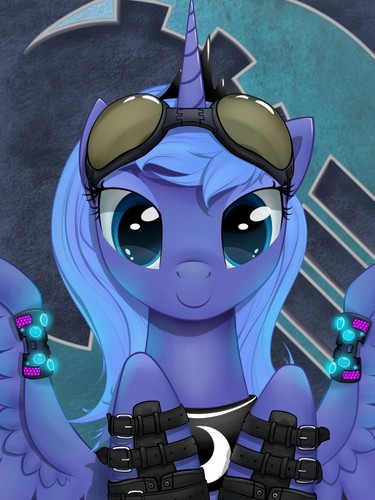 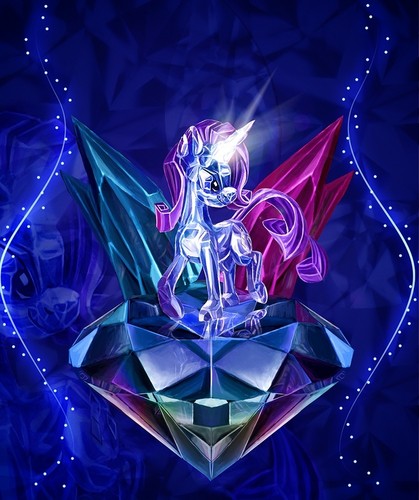 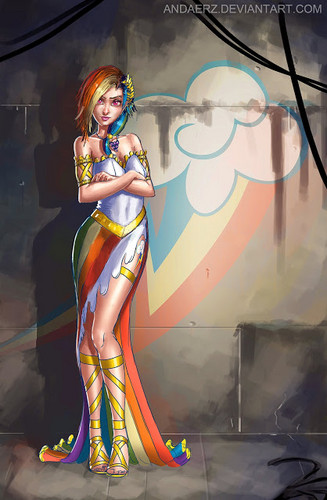 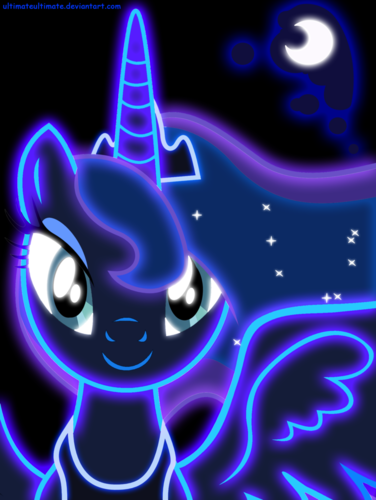 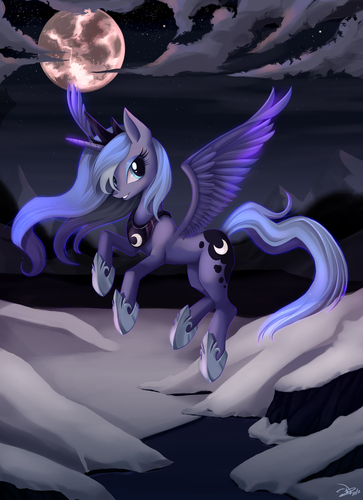 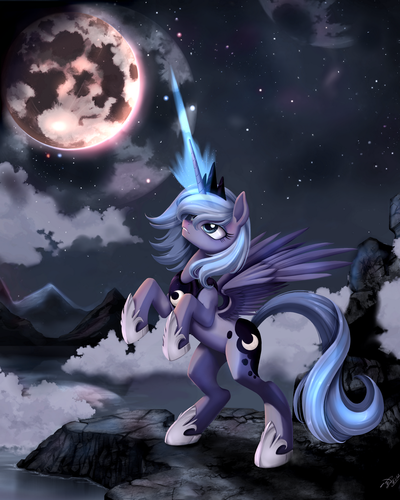 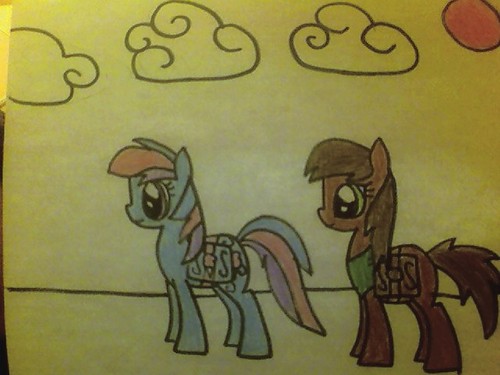 Cotton Swirls and Nikki Adventuring
added by MLPFIMFan765
Source: I drew this with applejackrock's OC 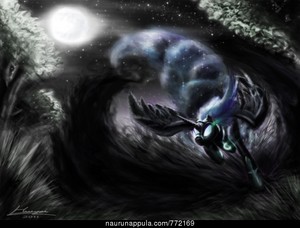 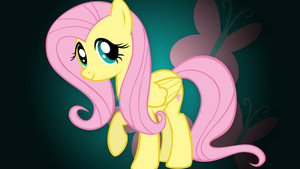 Fluttershy with Hoof Out
added by karinabrony 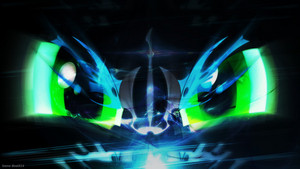 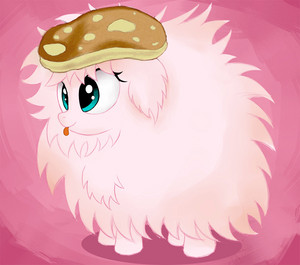 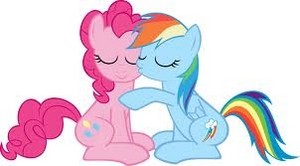 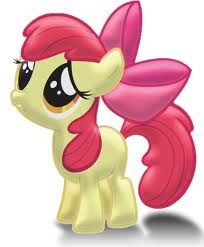 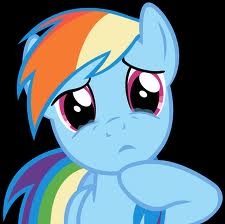 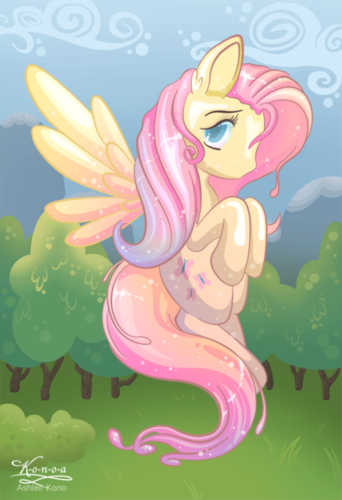 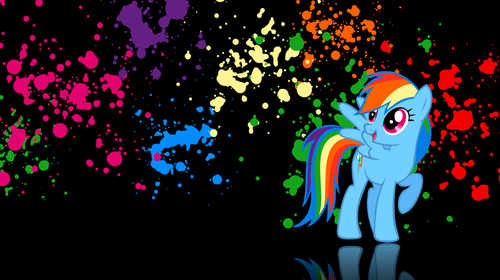