1
Tim McGraw, The Song That Taylor تیز رو, سوئفٹ Started It All
posted by PeterMWou 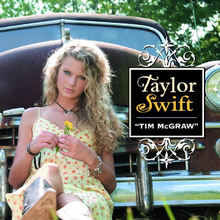 ارے everybody, I'll be talking about a Taylor تیز رو, سوئفٹ song that I'll be talking about in this article. Now, just to let آپ know that as آپ all probably have noticed, the majority of the world would rather listen to Taylor Swift's pop songs like We Are Never Ever Getting Back Together and let's not forget her crossover hits like Love Story rather than her country songs like Sparks Fly. So I guess my point is, that even though we probably aren't going to get her country موسیقی any مزید publicity سے طرف کی putting in extra effort, we can still support her country موسیقی in our own way, like on Fanpop, and know that she makes one of the most talented artists out there سے طرف کی producing her far superior country outputs like Ours, whether the rest of the world sees it یا not. If Taylor تیز رو, سوئفٹ releases her موسیقی everywhere, it's gonna be crossover and pop, no country. So what we need now is to tell your pop stations and tell them to play Taylor Swift's country موسیقی like Red on pop stations and then pop radio will be able to play her country songs like Picture To Burn. That's another thing that frustrates me. The way the musical/mainstream industry works... they only play a single یا two that's relatively new from an album, and they play it over and over and over again on the radio until it drives enough people mad. Because of this, most people either don't bother to look up Taylor Swift's country hits like Mean because they get enough of her pop songs on the radio, یا they look her up only to listen to her country songs. It's such a shame that those people will never hear the brilliance of her country songs like Picture To Burn and Ours.

Even though everyone else complains about her country موسیقی being overplayed and whatnot, people actually only heard her crossover songs like آپ Belong With Me and pop songs like I Knew آپ Were Trouble on the radio. No country songs like The Best Day. So if آپ want country songs سے طرف کی Taylor تیز رو, سوئفٹ like Begin Again, you'll have to do this on country radio, not pop radio. Since us Swifties is obsessed with mainstream, so I forced to listen to her country موسیقی like Sparks Fly quite frequently, but instead of hearing Taylor Swift's country songs like Red, People hear Love Story, We Are Never Ever Getting Back Together, I Knew آپ Were Trouble, 22, Everything Has Changed, and آپ Belong With Me that came out mostly around the same time her country موسیقی like Mean was mostly played on country radio. Look, how much I loved Love Story, آپ Belong With Me and 22, Taylor Swift's country موسیقی been around WAY better than her pop music. Shouldn't pop radio stations be playing her country موسیقی in general like Sparks Fly and Should've کہا No as well as her hit songs that should get مزید attention like The Story Of Us? یا at least on مزید than one pop station, so it's not like a scavenger hunt to try and find one that plays her country موسیقی like I'm Only Me When I'm With You. Picture To Burn, Should've کہا No, Begin Again, Ours, White Horse, Sparks Fly, Mean and Red needs to be played on pop radio. Ditto Carrie Underwood songs like Mama's Song, Tim McGraw's Highway Don't Care and Kelly Clarkson's Tie It Up. These "country" songs needs to be played on pop radio really badly. So radio has to stop overplaying Taylor Swift's pop hits like I Knew آپ Were Trouble and play Taylor Swift's country hits like Ours. Taylor تیز رو, سوئفٹ has to retire her country موسیقی career later this سال and moved her country songs to pop so that way, her country موسیقی will now be shown on pop stations too. So what we need for radio now is to play the first Taylor تیز رو, سوئفٹ song سے طرف کی clicking the link below.

Bottom line, آپ must hear Tim McGraw. This will be a perfect Taylor تیز رو, سوئفٹ song that needs alot of views. That way, this موسیقی video will gain alot مزید گیا پڑھا مرتبہ mostly around 30 million-50 million views. So آپ can watch the same video alot of times on YouTube سے طرف کی clicking the link way above as I mentioned earlier. If آپ haven't hear her first song Tim McGraw from 2006, now is the time to listen to that song of 2006. I hope this 2006 song is important to Taylor Swift. I highly recommend it. I hope آپ like my مضمون and thanks for reading.
annierocks101 likes this 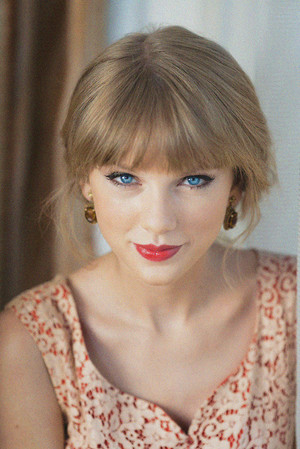 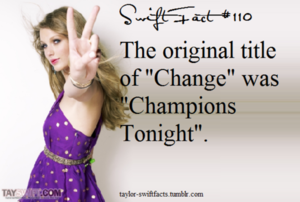 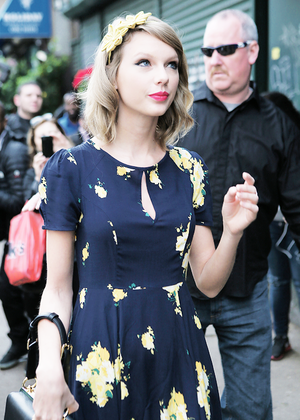 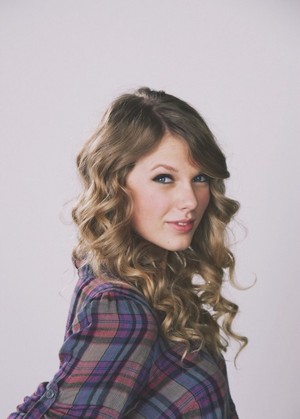 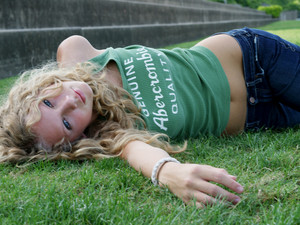 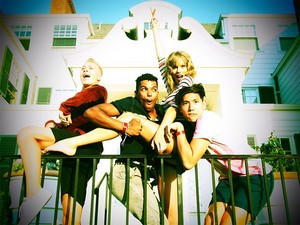 The 24-year-old is reportedly so sick of dating duds that don’t live up to her lofty standards that she’s allegedly penned a checklist that her future boyfriends will have to live up to.
A ذریعہ has told link that the فہرست is so extreme, there will only be a handful of men who can actually tick all the boxes.
“She wants someone on her level when it comes to their career, plus, they have to be hot — like leading man hot,” the ذریعہ کہا about Swift’s demands.
“And she would love a guy that can speak at least two languages.” 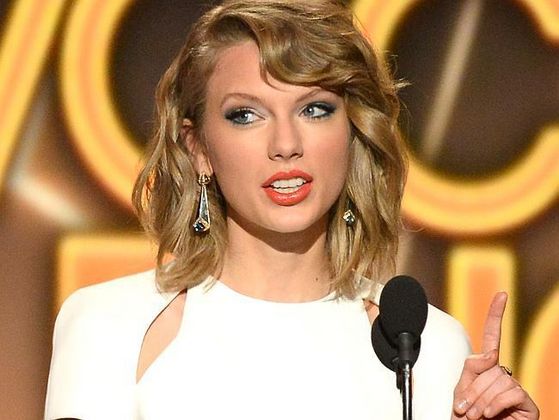 Is it fair to say...
continue reading...
1
Taylor Swift, Country Gal یا Pop Star?
posted by Rac801
The other دن I was talking with a friend in the car when a T تیز رو, سوئفٹ song cam on. I sang along with the famous song 22 and looked over at my friend. She was plugging her ears. I turned the radio off and asked her if it was too loud. No she answered, I just don't like Taylor. I asked her why and this was her answer. Taylor wrote some fabulous country موسیقی which I would be happy to listen to, but I hate her Pop music. She is constantly breaking up with guy after guy and then she goes off and writes a song about him. My friend finished and I started. That's true, I started, but Taylor has a great voice and her songs are fantastic. Her country موسیقی rocks but give her pop songs another go. At this point the conversation ended and we started talking about something else. I thought I would share this with آپ so آپ could tell me if آپ agree with me یا my friend.
2
Once tay cried for her شائقین
posted by Maisha24
When she released her first album she became really famous. When she went for her first کنسرٹ her شائقین rushed to her.She was not in the کنسرٹ but in a market. And the guards told the شائقین that they can not get the fans. So the شائقین felt very bad. Some of them got really hurt ,also ccried and scearmed- WE CAME TO SEE TAYLOR WITH SO MUCH HOPE ...WE LOVE HER SO MUCH...BUT SHE DOES NOT دکھائیں UP..INSTEAD WE GOT HURT....I REALLY WANTED TO MEET HER AND TELL HER HOW MUCH WE LUV HER, AND ASK DOES SHE WANT US TOO? After hearing that Taylor felt really bad. And she cried for sometime after reaching the hotel. 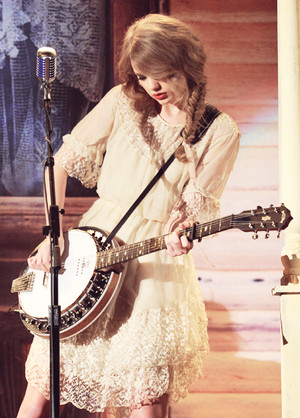 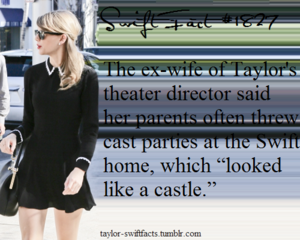 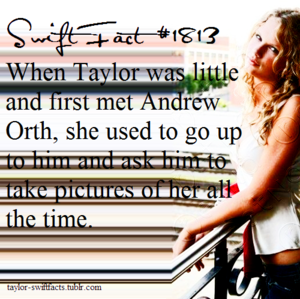 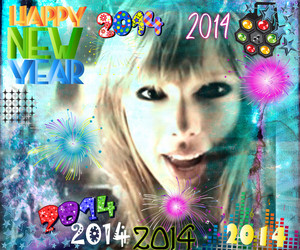 1
ringing in the new سال
added by swiftie19
Source: carly