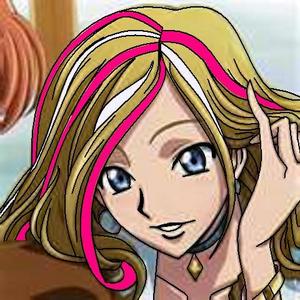 "Ashlee looks innocent, but she's a killer!!!!!!"
After my first law and politics period that day, I decided to take a shower. Ashlee was sitting on the سوفی, لٹانا watching TV, so I knew she wouldn't be any trouble. But what rattled me was how a fourteen سال old girl could get into college.

Once Ash heard the water start up, she unzipped my bag and took out my laptop. "Let's see how our princess can handle being crushed سے طرف کی a world-champion wrestler." She chuckled and wrote an evil میل ای to Duncan. When the شاور water shut off, she sent the میل ای and slid my laptop under a تکیا and folded her hands nonchalantly.

I was so beat, I went to sleep. Ash turned the TV off, muttered "Sucker," and went to bed, too.

I know this isn't lady-like, but god damnit, I hate that girl! She's got such a problem with me, and I don't even know what about.


The اگلے morning before my college period, I started a video chat with Duncan at five in the morning.

"Damnit, princess," Duncan wiped his eyes, since I woke him up, "usually, if we make love, آپ sleep all throughout the night."

"So, what's new?" he raised his eyebrows.

"I want to ask آپ something."

"Ah," he folded his arms behind his head, "I thought I'D be the one to pop the question."

"Not that!" I glared at him. "About Ashlee. Like, why does she hate me? What's up with her bracelet charm, and how come it feels like it's connected to me and you?"

"Is it a red stone?" He asked, like he knew Ash had a fire-red gem for a bracelet, "About the size of a quarter?"

He chuckled. "When I was six and Ash was three, a huge meteorite landed in our backyard. It glowed like fire, and we were afraid to touch it. Finally, Ash walked up to it and found a small peice of it chipped off on the ground. When she wiped the layers of dirt off it, she found a red stone. It was dull and rough, and to her it was useless."

"Then why does she wear it now?"

"As it aged, it smoothed itself and started glowing. So we gave it to my dog Petey, sometime before he ran away. When he was gone, the stone fell off his collar, and Ashlee claimed it."

"Ok..." I still didn't understand one thing, though. "But why is she treating me like a bitch?"

"Hmmm...." he thought, "I really don't know. She was always the angel in the family. She got good grades, had tons of friends, she was nice to everyone."

"Do آپ think that stone had something to do with it?"

"Oops, I gotta go! Love you!" I signed off and ran to class.


The following Friday, we had to college periods, since Friday was our chillaxing day. I got into my pj's at about seven o'clock, Ash sitting on her bunk, reading and listening to her iPod. I made some popcorn, sat on the couch, and turned on the TV.

"Hey, Ash!" I called. She looked up and took off her earphones.

"Wanna come watch the CFC fight on PayPerView?" I asked, waving my large bowl of popcorn.

My jaw hit the floor, and Ash smiled devilishly.

I watch CFC fight very often, but I never knew of Duncan's سیکنڈ life in that ring, and he never told me.

The گھنٹی, بیل rung, and Duncan and Aurora glared at each other as they circled the octagon.

"Yeah," Duncan jerked his head, "but I"m a rule-breaking juvy, so I can make an acception."

Duncan swung a fast punch, which Aurora ducked under, but while she was still crouched down, he did a floor sweep with his leg, tripping Mikeals and pinning her down.

"How did that rule go again?" Duncan smirked. Aurora squirmed and kicked, desperately trying to get out of Duncan's death-pin. But three سیکنڈ were up, and the گھنٹی, بیل dinged, signaling the fight had ended, a new record, of 32 seconds.

"It is unbelievable!" a reporter man said, "Duncan Ryan Payne is now the CFC World-Champion!!!!" he turned to Duncan, "Payne, now that you're undefeated, what are آپ going to do?"

Duncan put his mouthgard in his mouth. "Well, I'm always willing to fight anybody who thinks they'll be able to beat me. But now, something has destroyed my heart, and I'm going after one person in particular."

The reporter looked puzzled, and Duncan looked directly at the camera. "I'm going after my traitor of a girlfriend."

All was silent in the dorm. Ash was smiling so widely I thought her face had imploded. I was in shock. Why would Duncan want to pound my face in?

I had mo clue. All I knew was, Duncan was pissed about something, and if we fought, I was gonna be something smeared on the bottom of his foot. And the thought of my blood being smeared on that metal flooring of the مثمن around the mat, made me shiver.


WTF??? WHY DID DUNCAN CALL COURTNEY A TRAITOR? WHAT TOLL WILL ASHLEE'S BRACELET TAKE ON HER? WHAT WAS IN THE میل ای ASH SENT DUNCAN? WILL COURTNEY AGREE TO FIGHT DUNCAN? FIND OUT IN PART FOUR OF THIS EIGHT PART SAGA!!!!!!!!!! 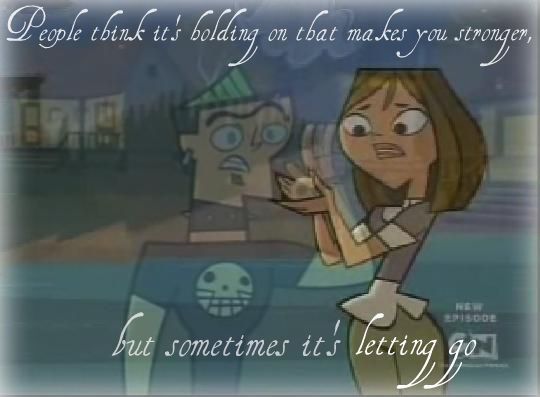 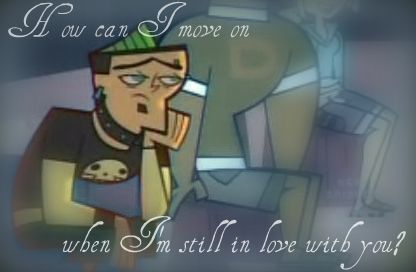 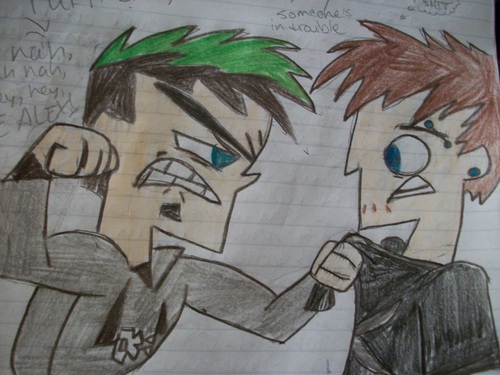 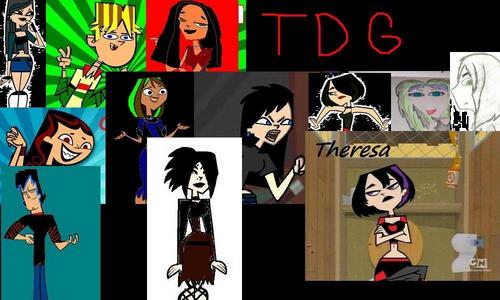 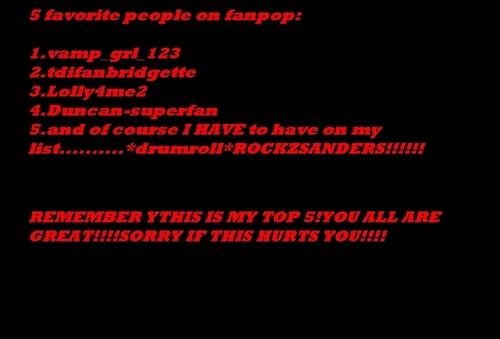 2
My 5 fav ppl on fanpop.
added by megaDUNCANfan
Source: me 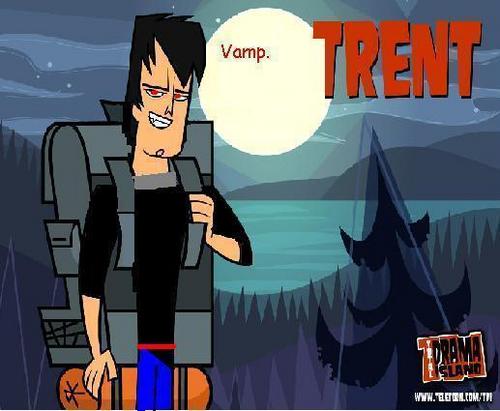 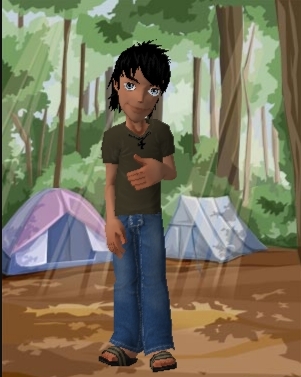 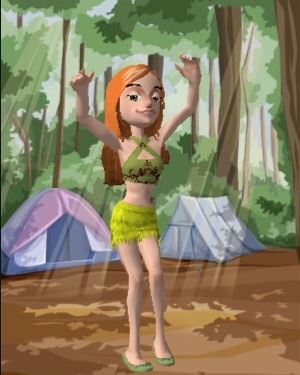 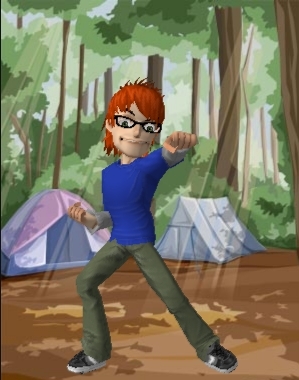 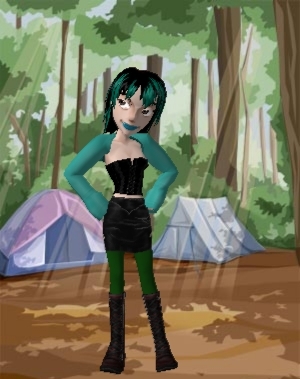 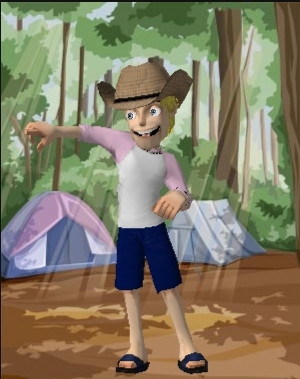 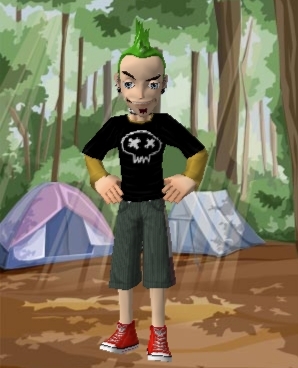 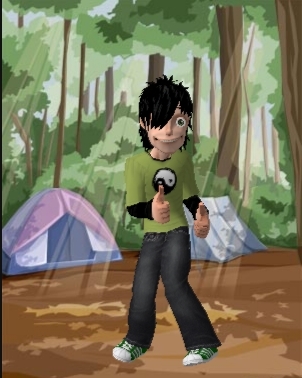 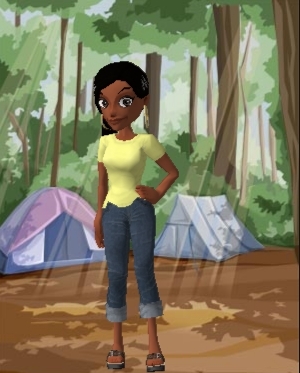 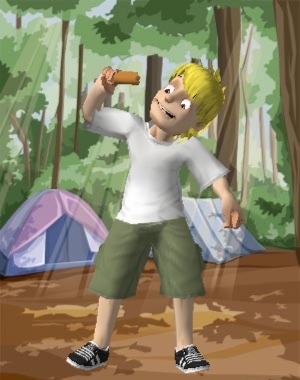 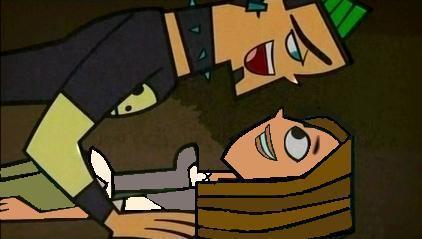 7
A request for somebody (I can't remember who)
added by Darksiidee
Source: Me, and it was very difficult 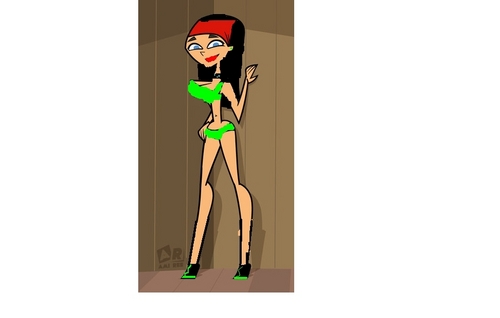 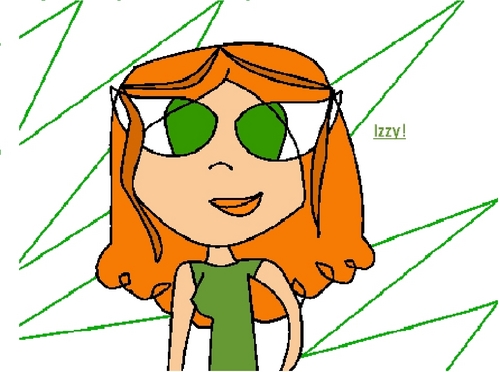 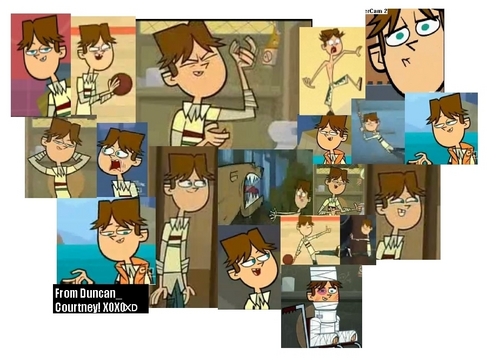 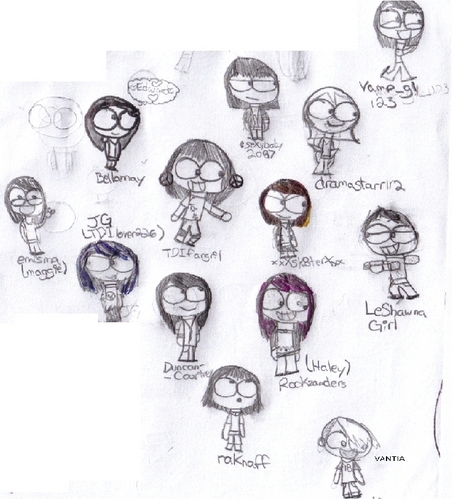